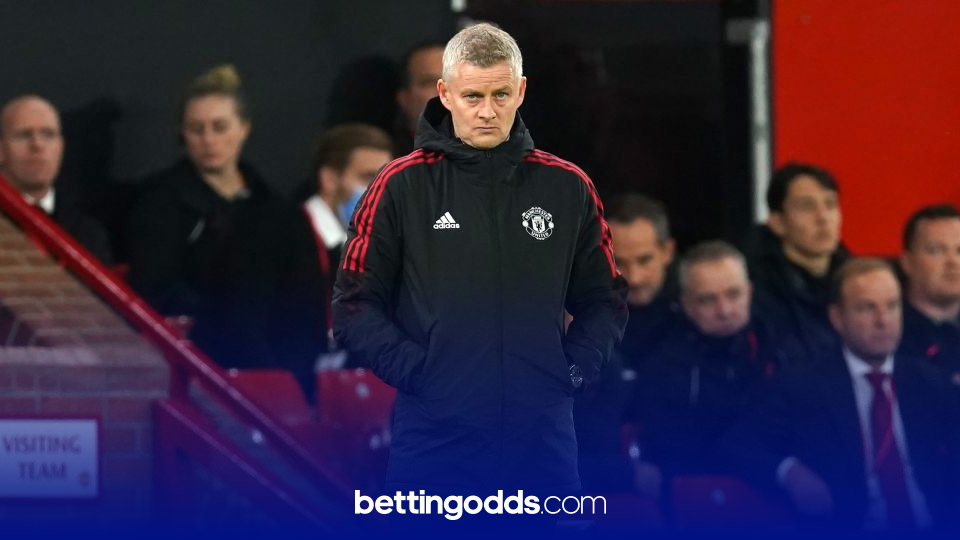 We’re now nine games into the 2021/22 Premier League season and both Tottenham & Manchester United have provided us with plenty of surprises thus far.

The pair come into this meeting off the back of a defeat last weekend, although United’s was far more damning than the home side’s. Much speculation has been bandied around in the days following the Reds’ thrashing at the hands of Liverpool, but Ole Gunnar Solskjaer remains at the helm, for now.

It’s been reported that OGS has been given the next three games to turn around his side’s fortunes. This begins with an awkward visit to the Tottenham Hotspur Stadium for Saturday’s late kick-off, with the clash now considered a must win if it wasn’t already.

Nuno’s team sit 6th, while Man Utd are currently a point behind them in 7th place. Under intense scrutiny and possessing two fanbases fighting off a slowly residing state of misery and disappointment, the prospect of this one and its outcome holds a certain appeal.

In our Cheat Sheet for the match, we’ve detailed the highest-ranking players for shots, shots on target, fouls and cards for both clubs, along with some suggestions for potential value in those departments. 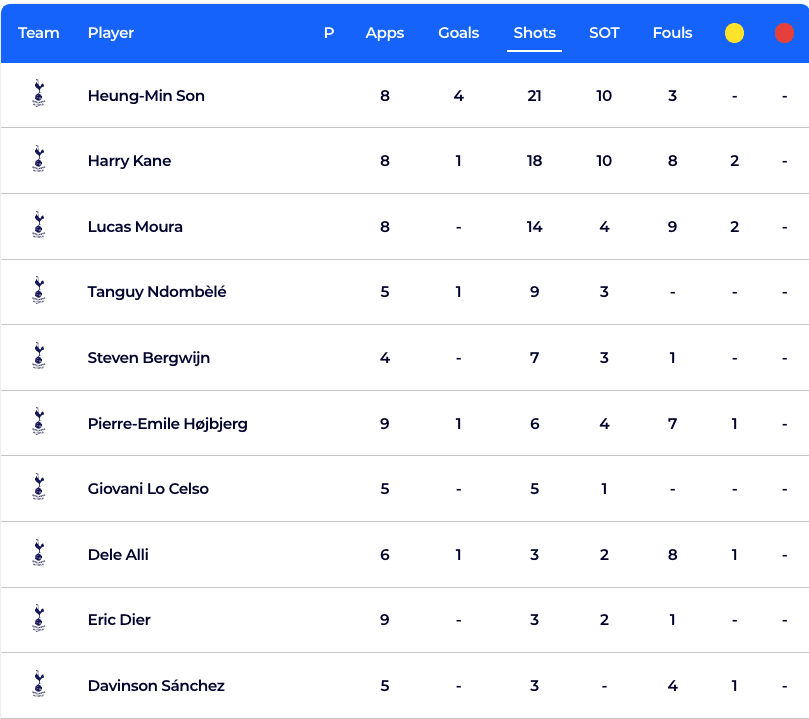 Heung-min Son leads the way for Spurs in the shots department, with himself and Harry Kane level for Shots on Target with 10 each. The difference maker here is that the South Korean boasts a much more flattering conversion rate compared to last season’s Golden Boot winner, having scored four goals to Kane’s one.

Interestingly, there are a couple of names lower down on the list which catch the eye. Tanguy Ndombele and Pierre-Emile Hojbjerg have had three and four shots hit the target respectively this season. The two could offer some potential value for a Tottenham team who like to play on the counter attack and face a Manchester United who are being heavily exposed as of late. 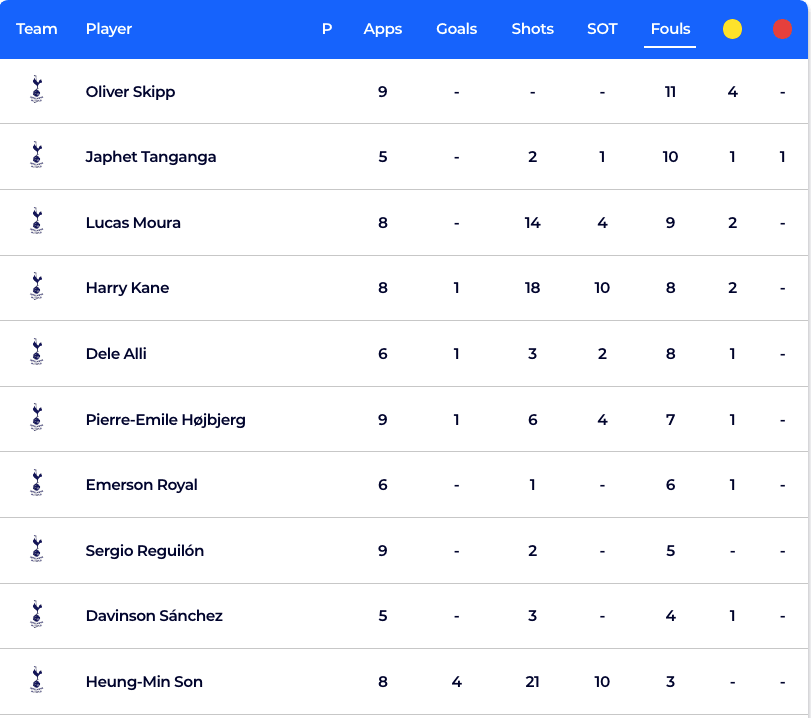 Oliver Skipp has featured in all nine of Tottenham’s Premier League matches so far this season, starting and playing 90 minutes in his last three. He is the player who has conceded the most fouls within their squad and leads the way with four yellow cards - double of that of Lucas Moura and Harry Kane, the two players closest to him in this department.

It’s the kind of affair that can be won or lost in midfield and Skipp’s desperation to stake a permanent place in this team under Nuno could well see him picking up a fifth PL caution this term. He’s 5/2 to do so with Bet365. 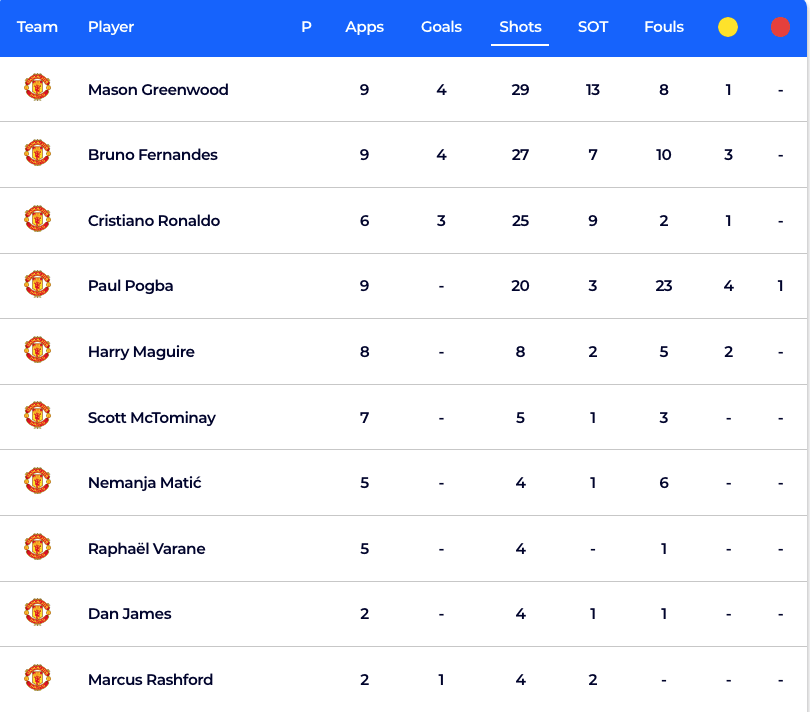 Mason Greenwood is the Reds’ leading goalscorer this term, and also tops the charts for shots and shots on target. Of the 29 shots he’s had, 13 of those have been on goal, giving him a 44% success rate of finding the target. This feels like the 20-year-old’s “breakout” season if you can really call it that, similar to how Phil Foden really delivered on the potential surrounding his name last season. He is 2/1 for 2+ SOT on Saturday with Paddy Power. 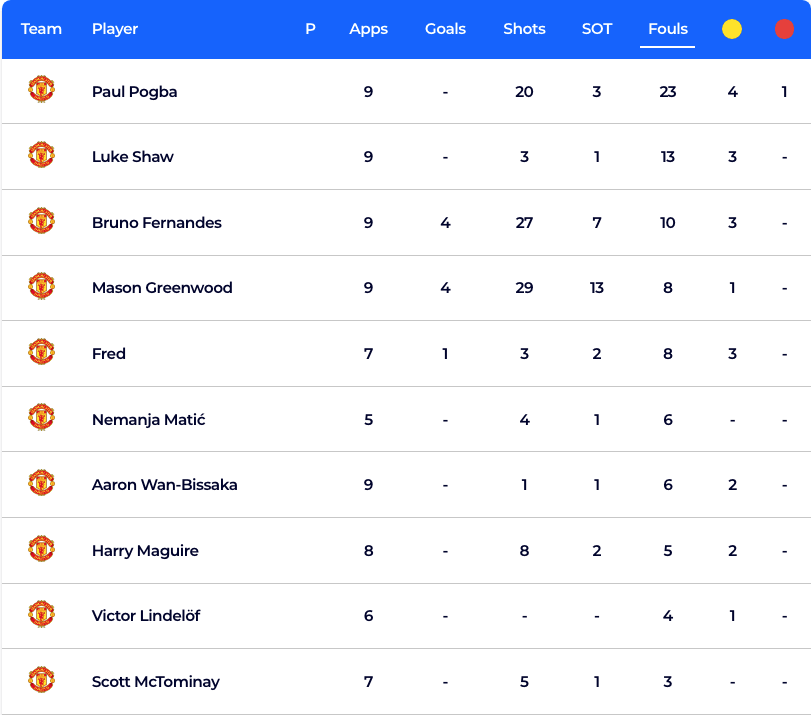 Table topper Paul Pogba is unavailable for this game after his 14-minute substitute appearance saw him sent off against Liverpool for a dangerous tackle on Naby Keita. The player nearest to him for fouls and cards is the full back Luke Shaw.

The England defender has publicly admitted to experiencing a rough patch of form lately, but vows to turn things around. However, the way he, Man United and Harry Maguire are all playing at the moment are strong indicators that he could find himself in the referee’s book for a fifth time this season in London, especially considering that he's been carded in his two most recent games. You can get him at a best price of 11/4 with Bet365.