Spurs vs Leeds Betting Cheat Sheet: All the stats for Sunday's clash 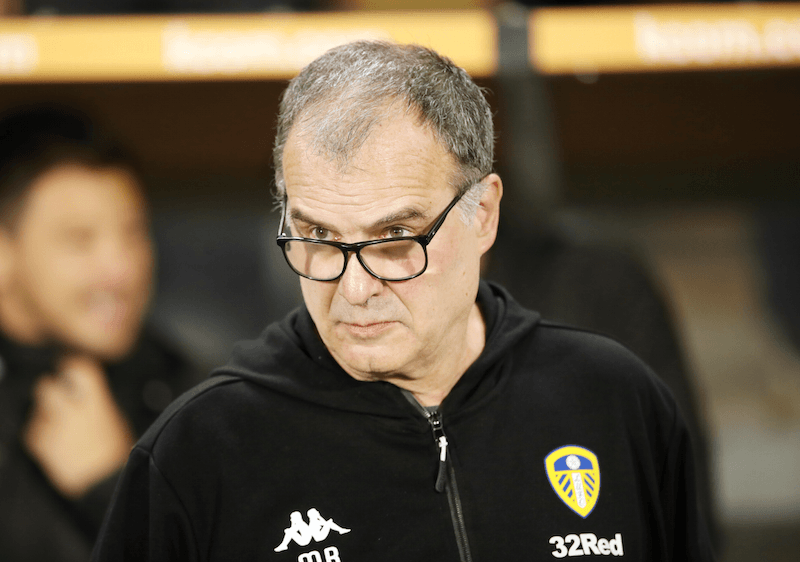 Sunday's showpiece match features two teams who are underachieving this year. Spurs are currently sat in midtable after a poor run which saw the sacking of manager Nuno Espírito Santo and the subsequent appointment of Italian Antonio Conte.

Conte has only overseen one game in charge which was the tepid 0-0 draw with Everton and will be looking to stamp his authority on the Tottenham outfit after a long international break. He's missing key figures in the suspended Oliver Skipp, injured Ryan Sessegnon and is sweating on the fitness of both Pierre-Emile Hojbjerg and Cristian Romero who was injured whilst on duty with Argentina this weekend.

Leeds United are unbeaten in their last three Premier League games which has given them a slight bit of breathing room from the relegation battle beneath them but they are still in deep trouble. They'll be hoping to nick something at The Tottenham Hotspur Stadium on Sunday to continue their march up towards mid-table.

Marcelo Bielsa is still without long term injury victims Patrick Bamford and Luke Ayling whilst left back Junior Firpo is a doubt to start.

We've analysed all the latest Opta stats to provide you with easy to read 'Cheat Sheets' which will hopefully shine a light on a few hidden gems. 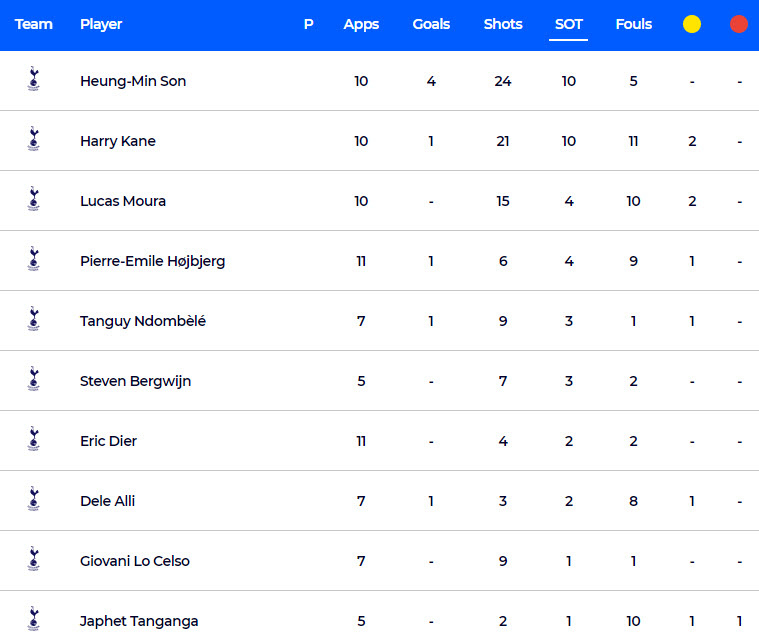 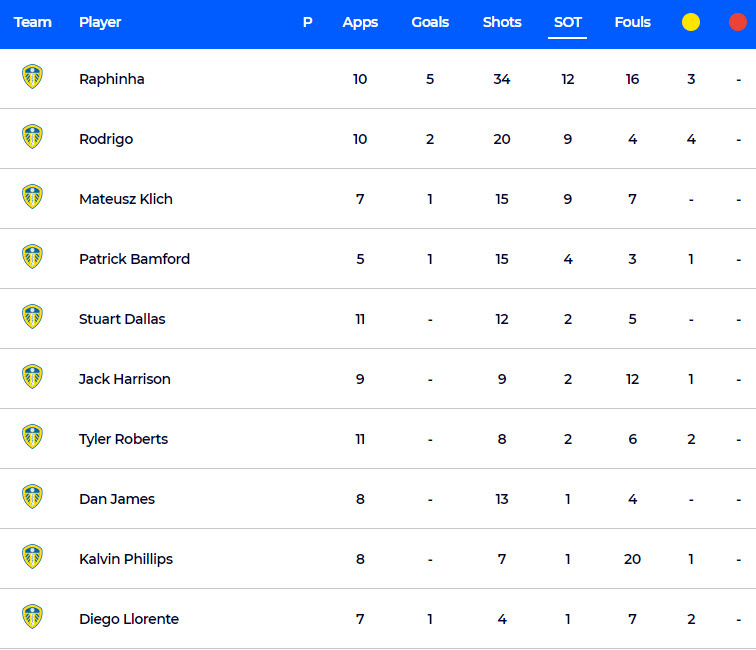 Mateusz Klich is a divisive figure at Elland Road amongst Leeds fans. Some see him as a vital cog alongside Kalvin Phillips and others see an aging figure on the decline who may now be out of his depth in the Premier League.

Regardless of what you think, the stats don't lie. Klich has 15 shots in 7 games which sees him sat just behind Raphinha and Rodrigo and of those 9 have been on target - a phenomenal ratio for a midfielder.  Klich is a huge 9/1 to score anytime and will also be great value in the shots on target markets. 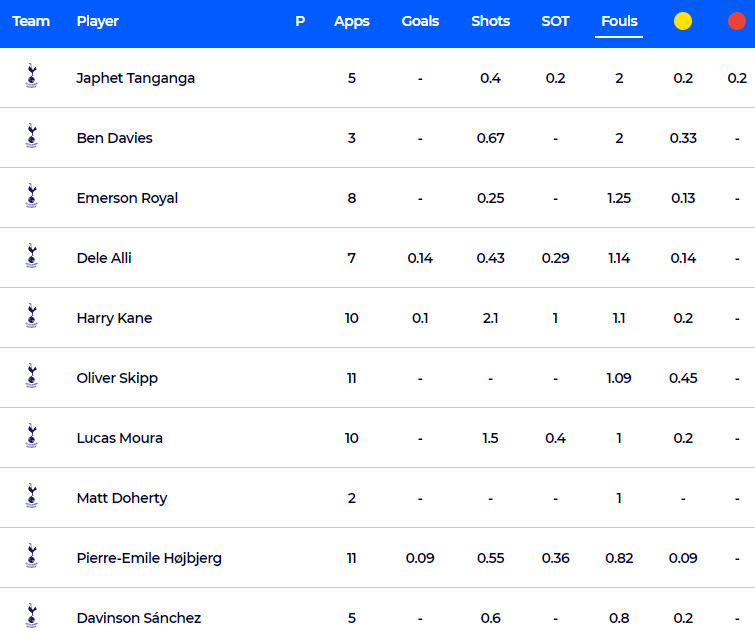 Our yellow card leaders at Spurs are both out of contention this week. Oliver Skipp through suspension and Cristian Romero with an injury niggle. Looking further down the list and one name stands out - Ben Davies.

The left back has only played three times this season but has six fouls and one yellow card. He's leading the fouls per game column and is set to start on Sunday. Couple that with the fact he's likely to be facing the elusive Raphinha and we can see a booking on the horizon. 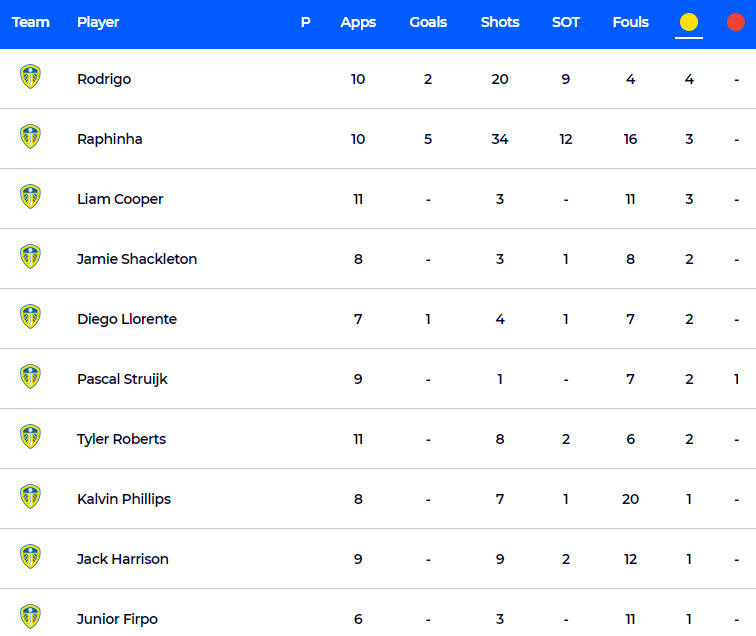 Raphinha not only leads the shots and shots on target stats but he's also second behind Kalvin Phillips on 16 fouls this season, three of which have resulted in cautions. His combative style has drawn attention from the referees and with card happy Andre Marriner in charge don't discount another. Marriner has handed out 30 yellow cards in only six games this season!

Raphinha can be backed at 9/2 to see a card at present.

As always please do your own research and remember to bet responsibly.