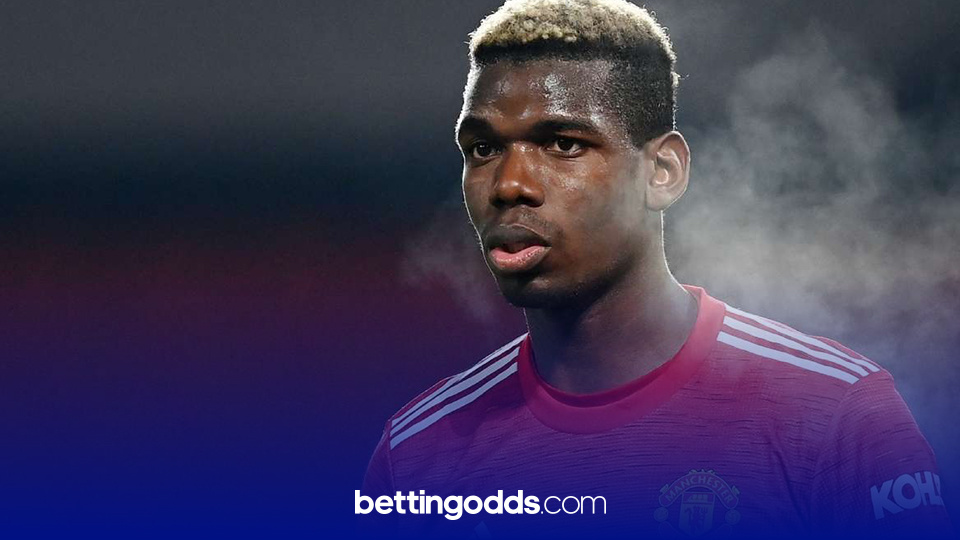 Southampton welcome Manchester United to St Mary’s in the first instalment of Super Sunday this weekend.

The Saints kicked off their new campaign with a disappointing 3-1 defeat away at Everton last weekend, while United emphatically thrashed rivals Leeds 5-1 in their domestic curtain-raiser at Old Trafford to see them top the table heading into Gameweek 2.

Unsurprisingly it is the visitors who head into the match as favourites for the win, priced at 4/7 in the betting, while Ralph Hasenhuttl’s men can be backed at 9/2 for the three points. The draw is a best-price 10/3 with William Hill.

Find our Cheat Sheets for the clash below, where we delve into both teams’ stats from the 2020/21 Premier League campaign to pick out the players who ranked highest for shots, shots on target, fouls and cards to help you make an informed decision when picking your Bet Builder for the game. 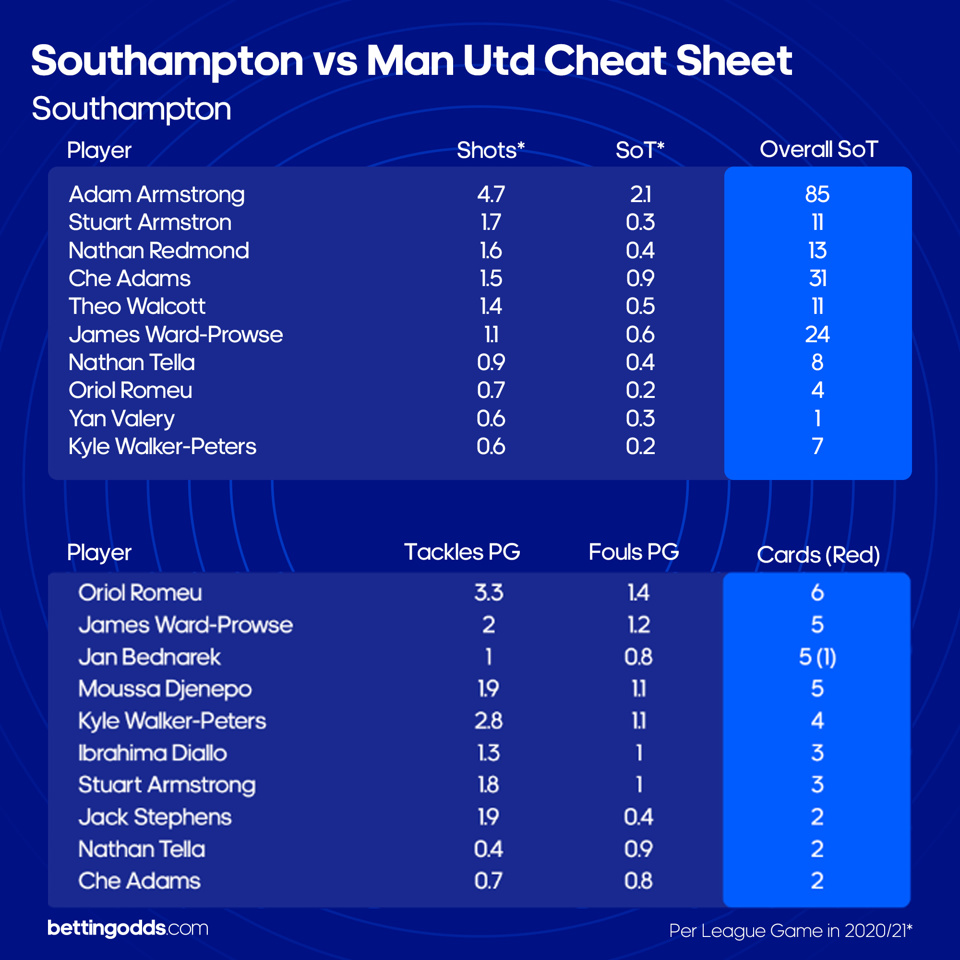 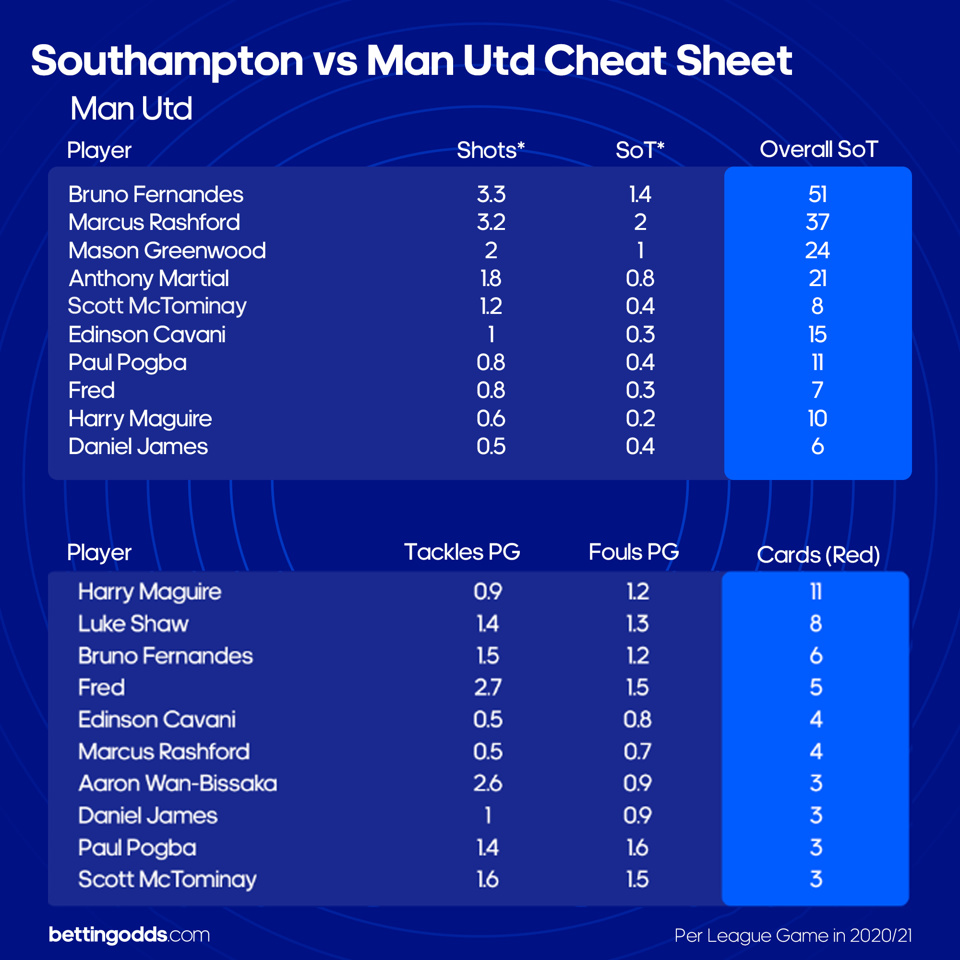 Paul Pogba put in a Man of the Match performance against Leeds last weekend, providing four assists in the romping 5-1 victory at Old Trafford. The Frenchman has already surpassed his tally of three assists from last term and looks a man on a mission, heading into what could be his final season at the north-west club.

Pogba’s performance last weekend lends plenty of appeal to the 4/1 on offer for him to register another assist against Southampton (Paddy Power). With Bruno Fernandes, Mason Greenwood and the incoming Jadon Sancho all potentially featuring at St Mary’s, there will be plenty of players on hand to finish the chances that Pogba et al create on the south coast, so it wouldn’t be at all surprising to see the 28-year-old register his fifth assist of the campaign on Sunday afternoon.

For the hosts, Moussa Djenepo is somewhat of an unlikely pick when trawling through the card markets, but the Mali international actually ranked higher than most for fouls committed in the Premier League last season. The 23-year-old picked up 5 league bookings in 2020/21, with only Oriol Romeu collecting more cautions (6). His tackling is, shall we say, a tad suspect, best illustrated by the fact he averaged 1.1 fouls per game last time out.

Against Everton Djenepo made 4 tackles in total, with 2 of those resulting in a foul. The Saints wide man could struggle tracking back against the pace of Sancho, Fernandes, Greenwood and Pogba this weekend, which could - and hopefully will - result in him picking up his first card of the campaign, so keep an eye out for his odds for a booking when they get released.