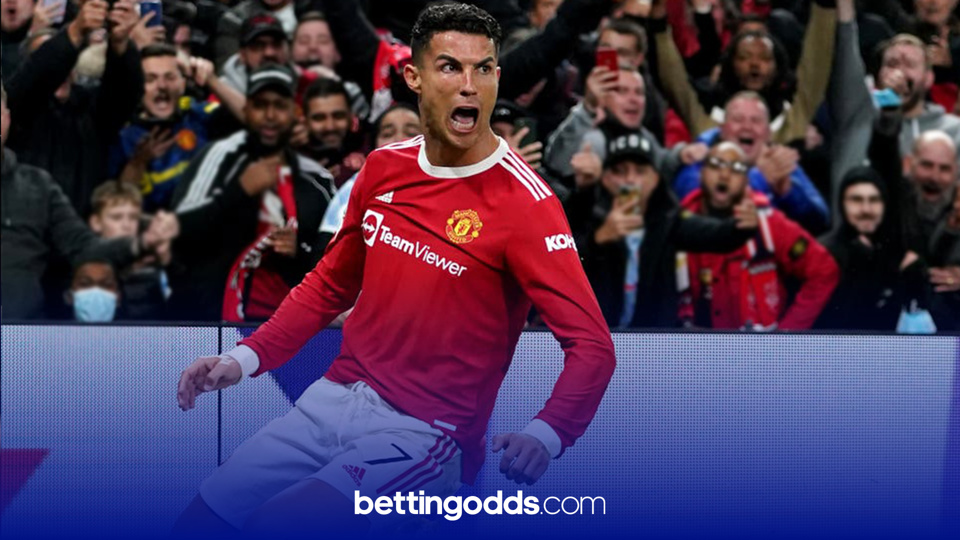 One of the most iconic fixtures in Premier League history in Manchester United vs Liverpool is the standout clash this weekend.

Of course if both teams want to seriously challenge for the title, three points is an absolute must for either side but it’s Manchester United who will be in need of a win just to hit a bit of form in the league. With their recent results, the Manchester side find themselves as the 2/1 underdogs heading into the game - a price which may seem attractive to a few punters - but Liverpool have been on fire as of late and find themselves just one point behind Chelsea at the top of the table.

We’ll be treated to seeing the two favourites for the PFA Player of the Year Award on the same pitch on Sunday and all eyes will definitely be on both Cristiano Ronaldo and Mohamed Salah. The Egyptian has been in stunning form this season, scoring 12 goals in his 11 games and assisting four times, whereas CR7 has six goals in his nine games in all competitions.

You can find the stats for them both in our Cheat Sheets below where we’ll go more in-depth into the markets for the big game. 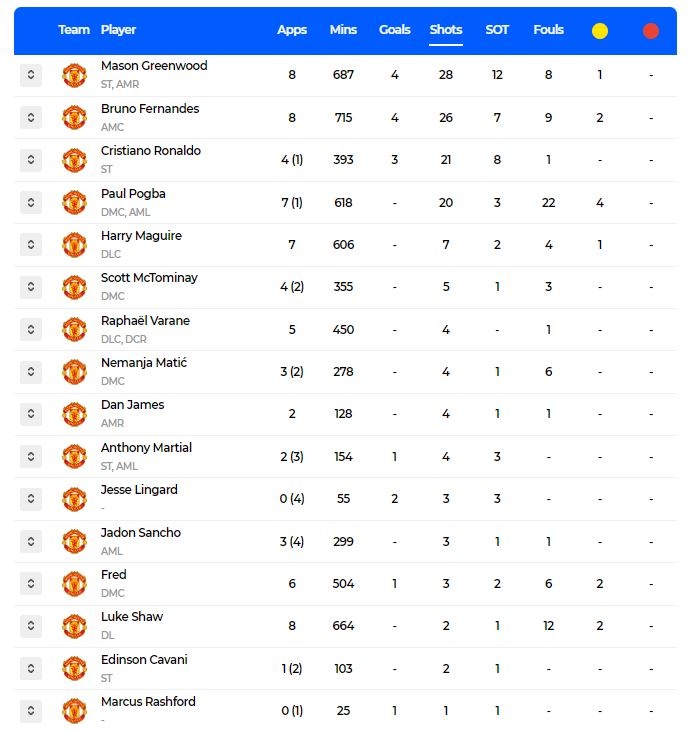 It might come as a surprise to many that Ronaldo isn’t topping the shots and shots on target list for Man Utd in the Premier League this season, instead it’s the youngster Mason Greenwood who has been pulling the trigger when given the chance.

Mason is also the club’s top scorer in the Premier League (joint with Fernandes) and despite the club's average start to the season at Old Trafford, the Englishman has definitely enjoyed his start to the campaign. Despite these stats, the bookies have him at quite a big price for two shots on target which is currently at 12/5, meaning there are nine players that are ‘more likely’ to get two off than the forward. 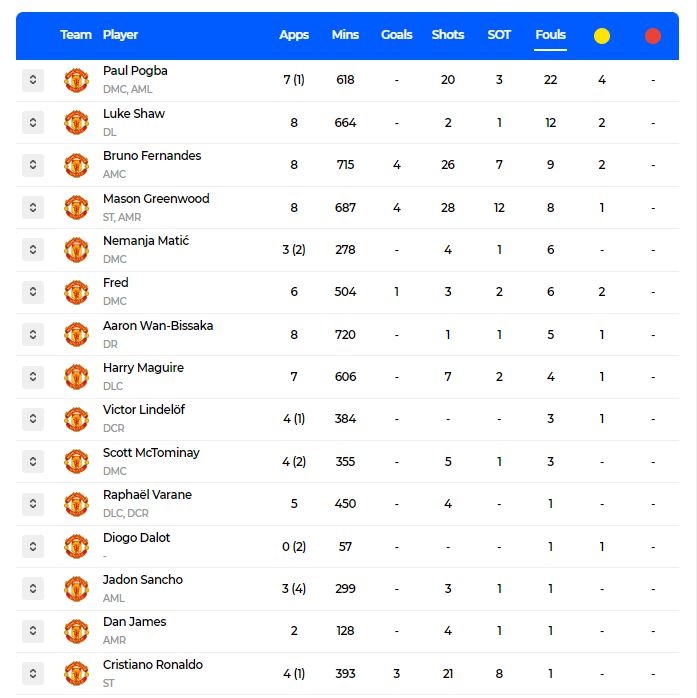 Paul Pogba caught the headlines earlier in the season when he was racking up the assists at an absurd rate. He’s since slowed down a bit, as have many United players, but one thing that has picked up is his fouls per game. He’s currently averaging 2.75 fouls per game in the league and has recorded 22 which is 10 more than anyone else in the squad.

With Marcus Rashford back in the side he will go back to his left-wing position, meaning Paul Pogba will go back to playing deeper in the midfield. This could mean he may be one of the players having to deal with the counterattack of Liverpool and given the pace of Mo Salah, Pogba may get caught off guard and end up committing a few tactical fouls. Considering this and seeing he is 16/5 for a card with Paddy Power, I’d definitely be adding that to a Bet Builder for the game. 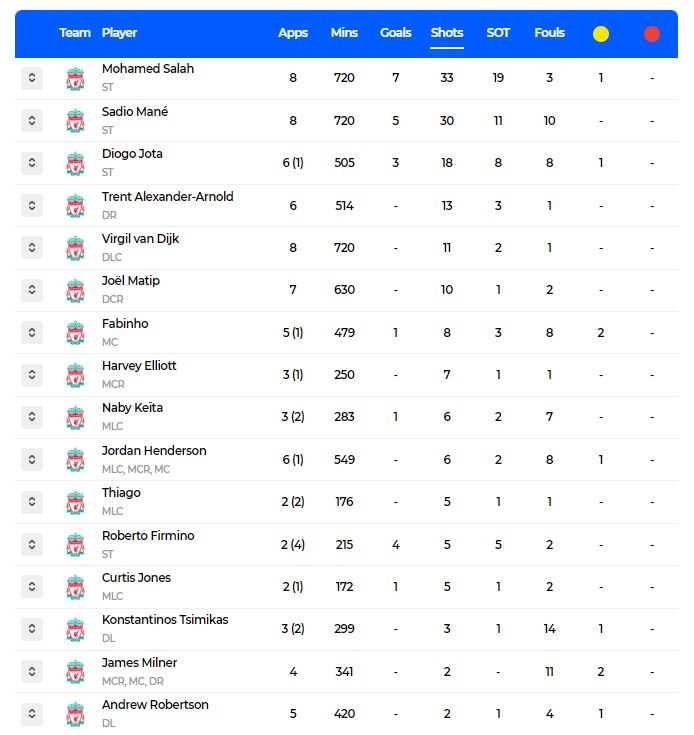 Of course Mo Salah is the main man in the Premier League at the moment and it’s no surprise to see him at the top of the shots, shots on target and goals list for Liverpool. However, due to this you’re now only getting 5/6 for him to have two shots on target which is incredibly short in my opinion. If we’re going for pure value, Roberto Firmino, who has scored three times against Man Utd in his career, is currently priced at 13/5 for two shots on target.

In the league this season the Brazilian has only started two games and been subbed on four times. He’s a man in decent form at the moment and is actually boasting a 100% shot to shot on target ratio so far in the Premier League. All five of his shots have been on target and he’s registered five in the limited game time he’s had. 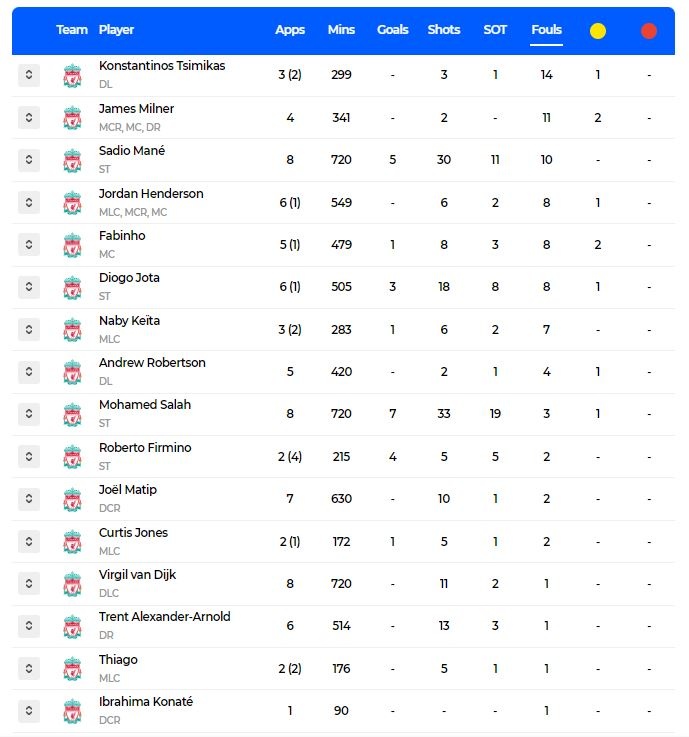 Liverpool have actually only accumulated nine bookings this season in the league, that’s probably due to how dominant they’ve been, but one player who’s so far managed to escape a caution is Sadio Mane who actually ranks third in the team for fouls.

In the eight games the Senegalese international has played he’s registered 10 fouls, giving him an average of 1.25 per game. It’ll be interesting to see how long he can get away with it for and with a game as big as Man Utd vs Liverpool you’d like to think the cards are going to be flowing. You’re currently getting 4/1 for a Mane card with Paddy Power, which could prove to be decent value if the game is as feisty as previous meetings.