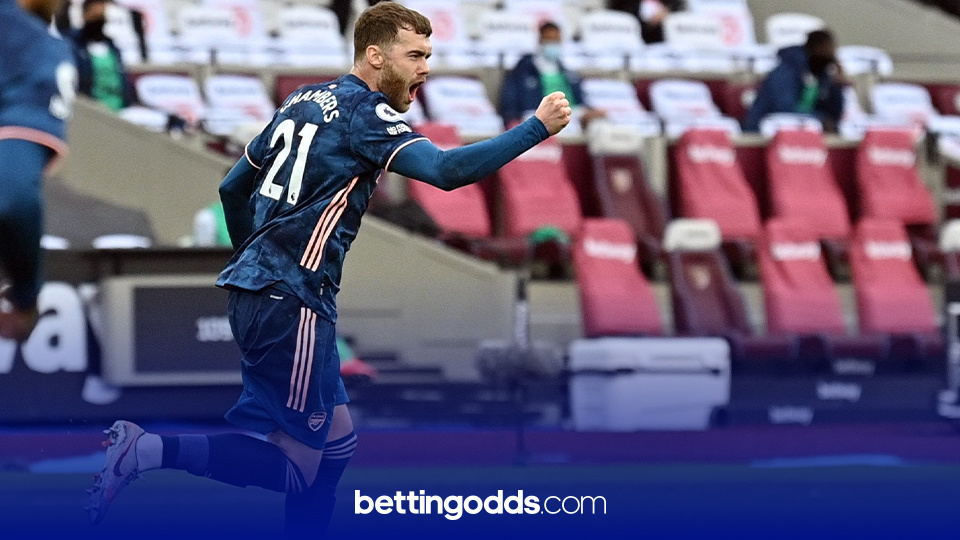 This weekend's standout fixture in the Premier League sees Manchester City welcome an Arsenal side down on their luck to the Etihad.

This is possibly the worst fixture any side in bad form could wish for and the odds are stacked against Mikel Arteta's side to record a victory in the north-west, with bookies pricing them at a huge 12/1 for the three points - the highest price they've been to win a game in the Premier League era.

City are as short as 1/5 in the betting and it's clear to see why. Following a poor opener against Tottenham, where they lost 1-0, Pep's side bounced back in emphatic style with a 5-0 demolition job on Norwich last weekend and will be hungry to make it two wins from two this Saturday lunchtime.

The head-to-head between these two sides makes for grim reading if you're an Arsenal fan. The Gunners have lost all eight of their previous eight league encounters against City, and it's certainly difficult to envisage them picking up anything in this one given how poor they've looked in the PL so far.

Find the best stats and betting angles in our Cheat Sheets for this weekend's clash below. 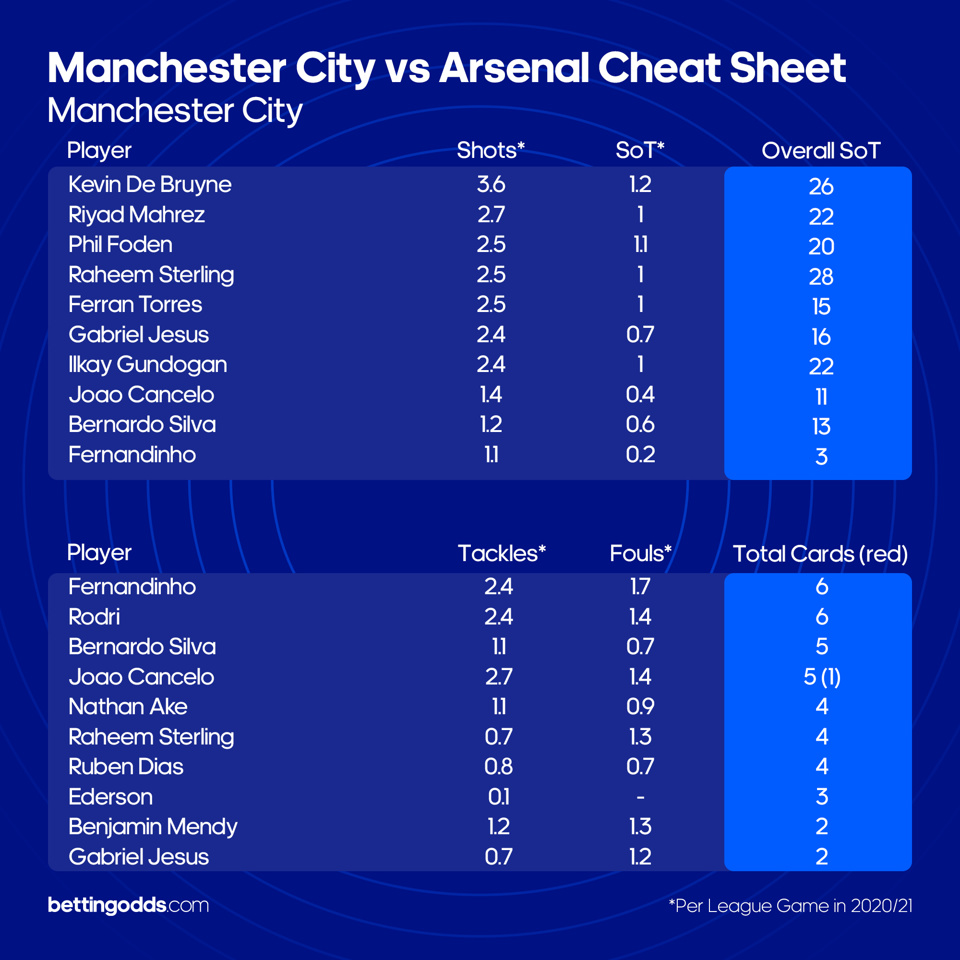 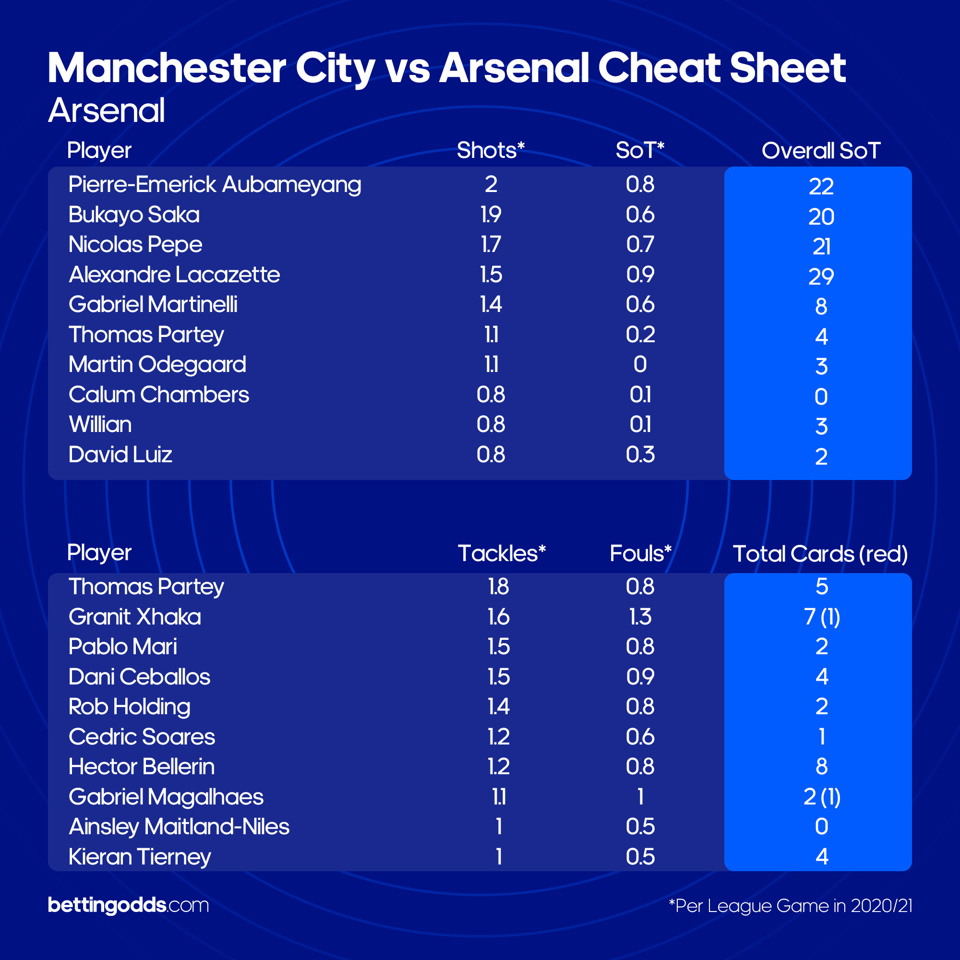 Raheem Sterling got off the mark in last weekend's drubbing of Norwich and I like the look of him to find the net again this weekend. The England international loves playing against Arsenal, highlighted by the fact he's scored 5 goals in his last 6 league appearances against the Gunners.

Sterling was the only goalscorer the last time these two sides met in February and will be full of confidence after his goal against the Canaries. In such a fluid front-three, where the entirety of City's attacking players constantly interchange to create space in the final third, expect to see Sterling crop up in plenty of good goalscoring positions this weekend to extend his superb run against Mikel Arteta's side.

He's 7/5 (BetVictor) to score anytime, or 9/2 (bet365) to open the scoring at the Etihad and I would be leaning towards the latter given he has struck first the last three times these sides have met each other in the PL.

For the visitors, I like the look of either Calum Chambers or Cedric Soares for a card. Basically, whoever starts at right-back against Jack Grealish. City's £100m foul-magnet is already being fouled on average 3 times per game this season - more than any other player in the Sky Blues' squad - and has the potential to wreak havoc against a shaky Gunners back line.

Neither Chambers or Soares fill me with too much confidence in their ability to contain the ex-Villa wide man and a couple of late challenges should be enough to see them booked. Chambers is 3/1 to be carded with William Hill, while Cedric is a best price 10/3 with Paddy Power/Betfair - both pretty appealing selections for your Bet Builders depending on who starts.