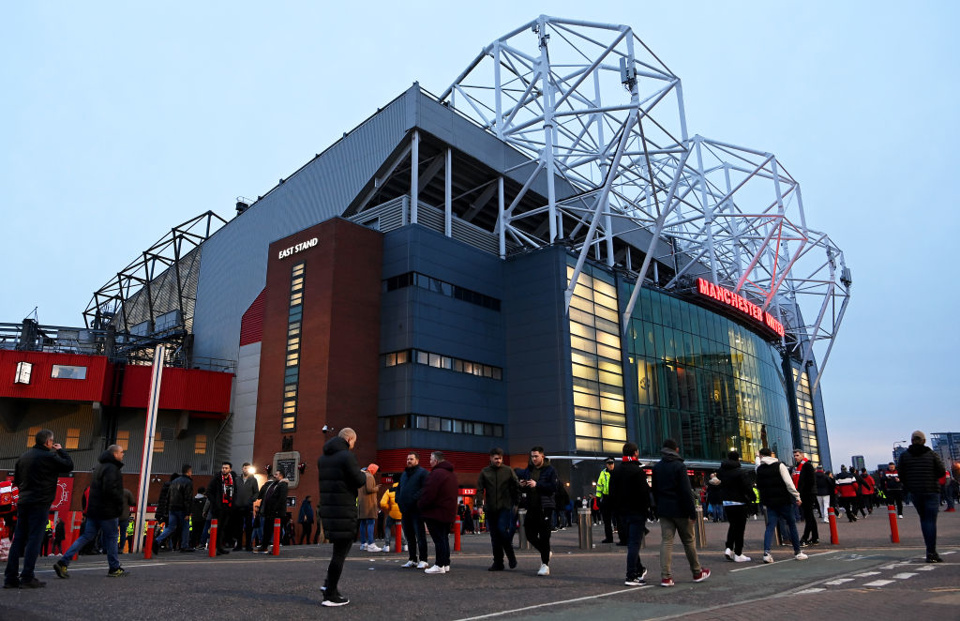 We're two games into the Premier League season and new Manchester United manager Erik Ten Hag finds himself under pressure. The Red Devils are sat 19th in the Premier League after two straight defeats, including a humiliating 4-0 thrashing at the hands of Brentford. What better way to win over the Old Trafford faithful than a win over their most bitterest of rivals, Liverpool. The Reds have also had a disappointing start, picking up just two draws and already four points behind long time nemesis, Manchester City. We've asked our resident statto Adam Roberts to take a dive into the recent history between Manchester United and Liverpool, and look into last season's stats to see if there are any angles which you can use to your betting advantage.

These two old rivals have played each other over 200 times over the years and it's still Man Utd who have the overall upper hand, winning 81 times to Liverpool's 70 and the spoils have been shared on 58 occasions. Their first meeting was way back in 1894, a 2-0 win for Liverpool, which you can find at 10/1 for the game on Monday night.

Liverpool have been hugely dominant in recent seasons and have scored 15 goals in the last four match-ups with the Red Devils. United have only won once in the last four years and their last league win against the Reds was back in 2018, a 2-1 win at Old Trafford, thanks to a Marcus Rashford brace. The same score line on Monday evening would pay 18/1.

Last six games in all competitions: 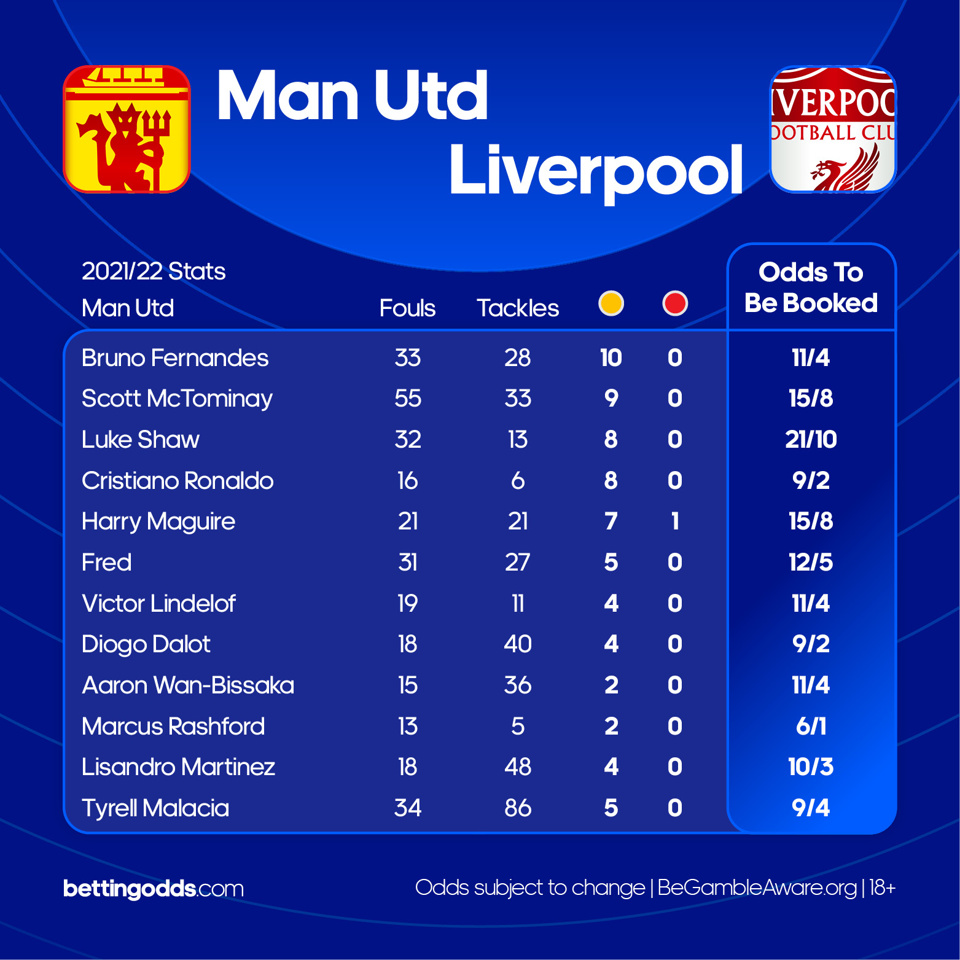 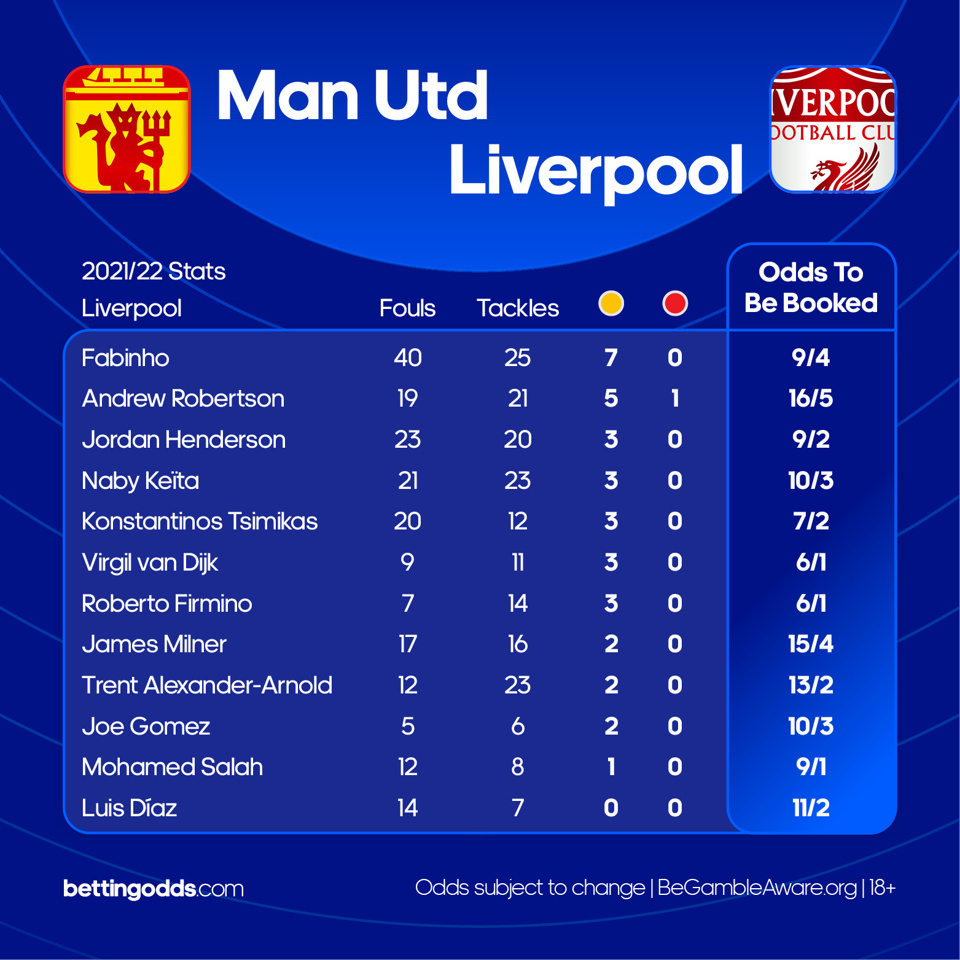 We start in the cards markets and it's immediately apparent that in the main, United players are shorter than their Liverpool counterparts. That stacks up with the stats with The Red Devils picking up eight yellows in their opening two games whilst Liverpool have just two (as well as Darwin Nunez's crazy red). Last year The Reds picked up just 50 yellows compared to Man United's 75. It's clear that Erik Ten Hag is wanting a more high tempo, high pressing game from United so this should probably be even more stark a difference this season.

With that in mind we have tried to look for some value amongst the United ranks and Tyrell Malacia is a man that stands out. The 23-year-old Dutchman looks likely to replace Luke Shaw at left back after two awful results for Utd and ETH suggested that he would make major changes after the 4-0 loss at Brentford. Malacia is a tough tacking left back and completed 86 tackles last season for Feyenoord, more than double any current United player. He picked up five yellow cards along the way and should he be selected, will be up against Mo Salah. The 5/2 on offer at Betfred on the single looks large. 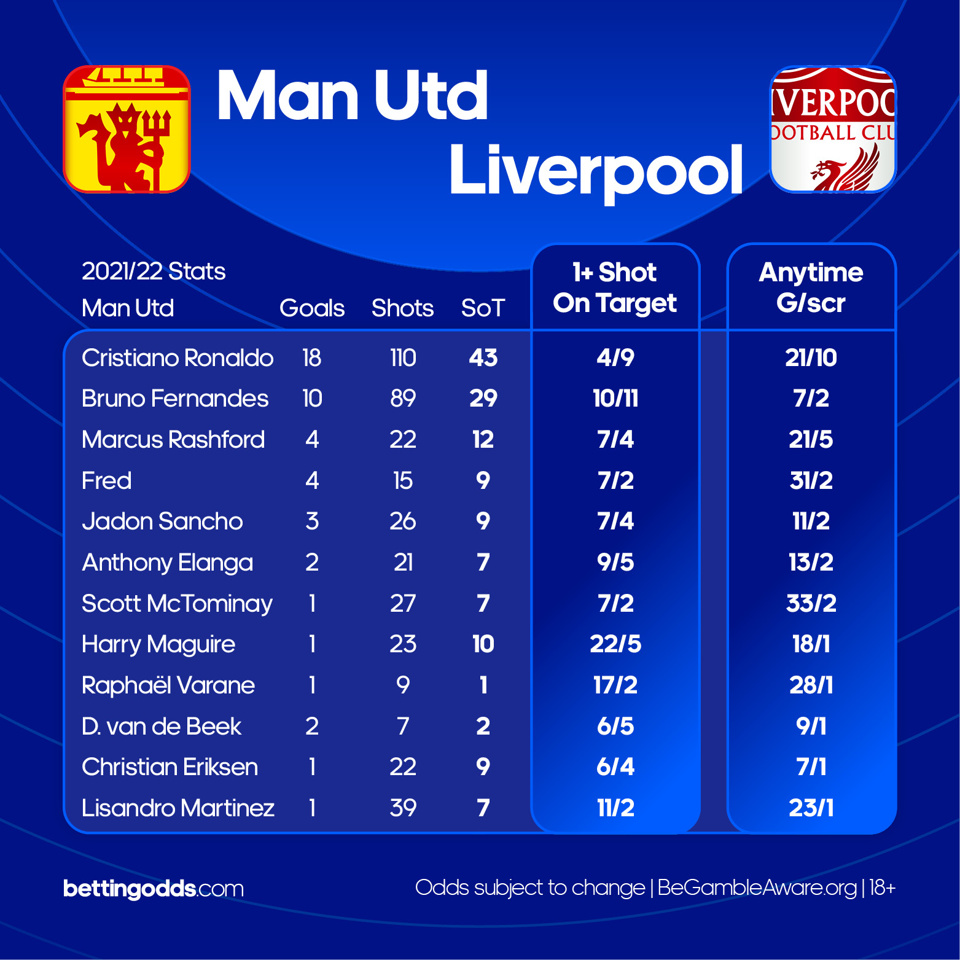 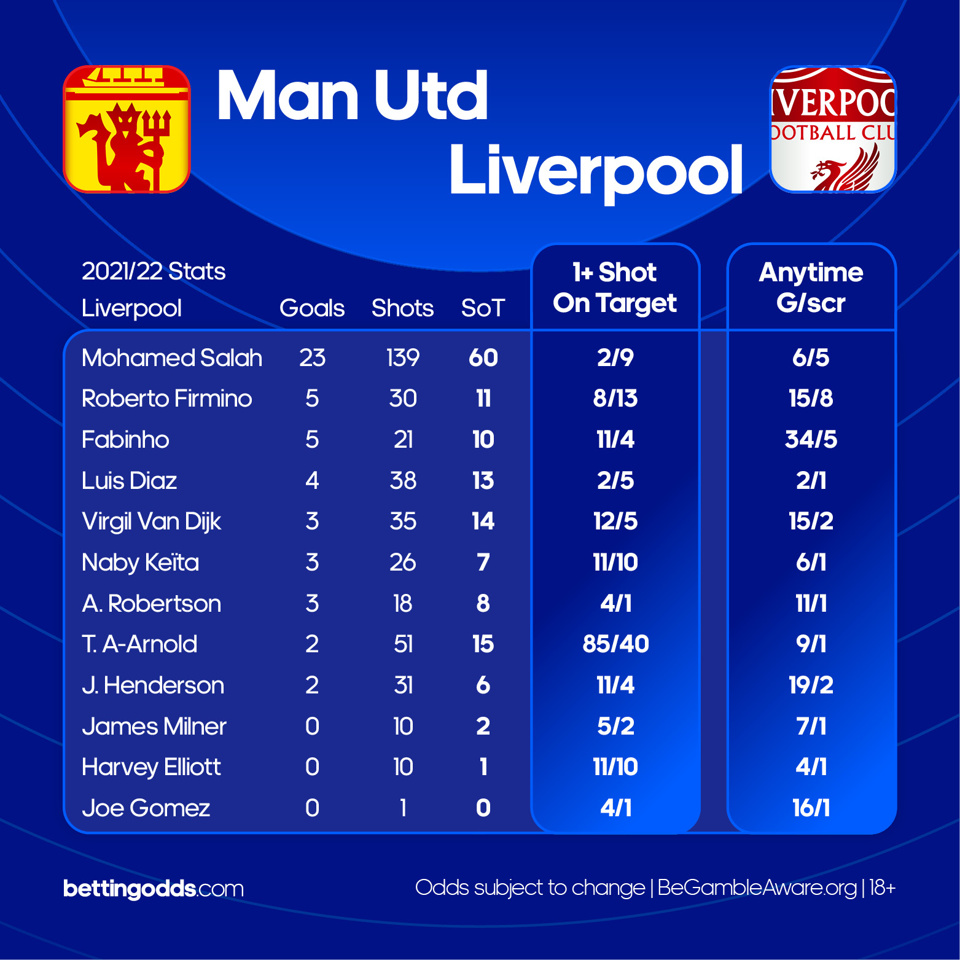 We move into the shots and goals markets and again, Liverpool players dominate these markets. Last term, the Reds averaged 19.2 Spg and 6.7 SOTpg while United could only muster 13.4 and 4.9 respectively. Liverpool also scored 94 goals compared to the Mancunians 57.

The likes of Salah, Firmino and Diaz are all huge odds-on shots for a shot on target so we've opted for Trent Alexander-Arnold to register an effort on goal. TAA managed 51 shots last season, which left him only behind the then front three of Mane, Jota and Salah. He was also fourth highest for SOT with 15. He's already notched four shots this term, but has failed to hit the target. With Arnold on free kicks around the area, the 11/5 at BetVictor looks massive. He is as short as 13/10 elsewhere.

We've already mentioned Mohamed Salah numerous times and rightly so. Salah led the league last year in goals, assists, shots and shots on target. He's had a fairly slow start to the season by his standards and I'm putting that down to the arrival of Darwin Nunez. Salah has been stuck out way on the right wing and has looked isolated and frustrated at times. With the suspension of the big Uruguayan no 9, I think we will see Salah playing more central and at home in a fluid front three, that he is much more at ease with. The 6/5 at bet365 is a stand out price and the only bookmaker going odds-against on the night.

The three selections can be combined into a bet-builder which pays 18/1 at bet365. It is as low as 13/1 at the likes of William Hill and Paddy Power. All three bookmakers have a free £5 bet on the game tonight which you can find links for below.

Tyrell Malacia to be carded, Trent Alexander Arnold 1+ SOT, Mohamed Salah anytime scorer
18/1
Odds correct as of 2022-08-22 10:50 Odds subject to change.
Opt-in
Sign up for market leading stats and exclusive expert picks delivered to your inbox from next season
Click to sign up to receive tips
By clicking opt-in you agree to our privacy policy and terms and conditions below
Opt-in
Your Details
Complete your details below to enter:
Full Name
Email
SUBMIT
Please fill in both your name and email
Opt-in
SUCCESS!
Thank you for your submission.