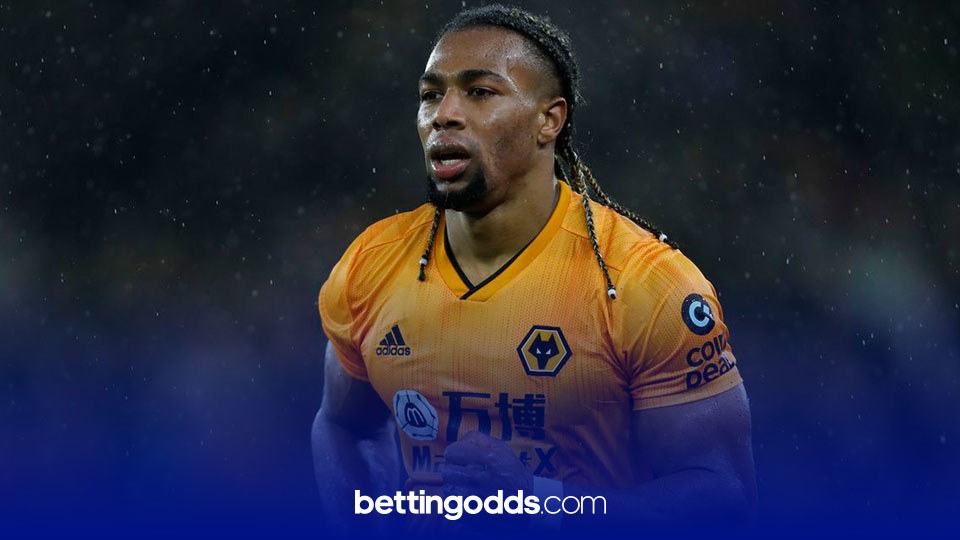 The visitors are fresh from a disappointing trip to the south coast, where they were held to a 1-1 draw against Southampton, while Wolves still await their first league win of the campaign after back-to-back defeats to Leicester and Tottenham.

United head into the game as firm 5/6 favourites, while Wolves can be backed at 4/1 for the victory on home soil.

Check out our Cheat Sheets for both sides below, providing you with the key player stats from last season to help you when picking your Bet Builders for the game. 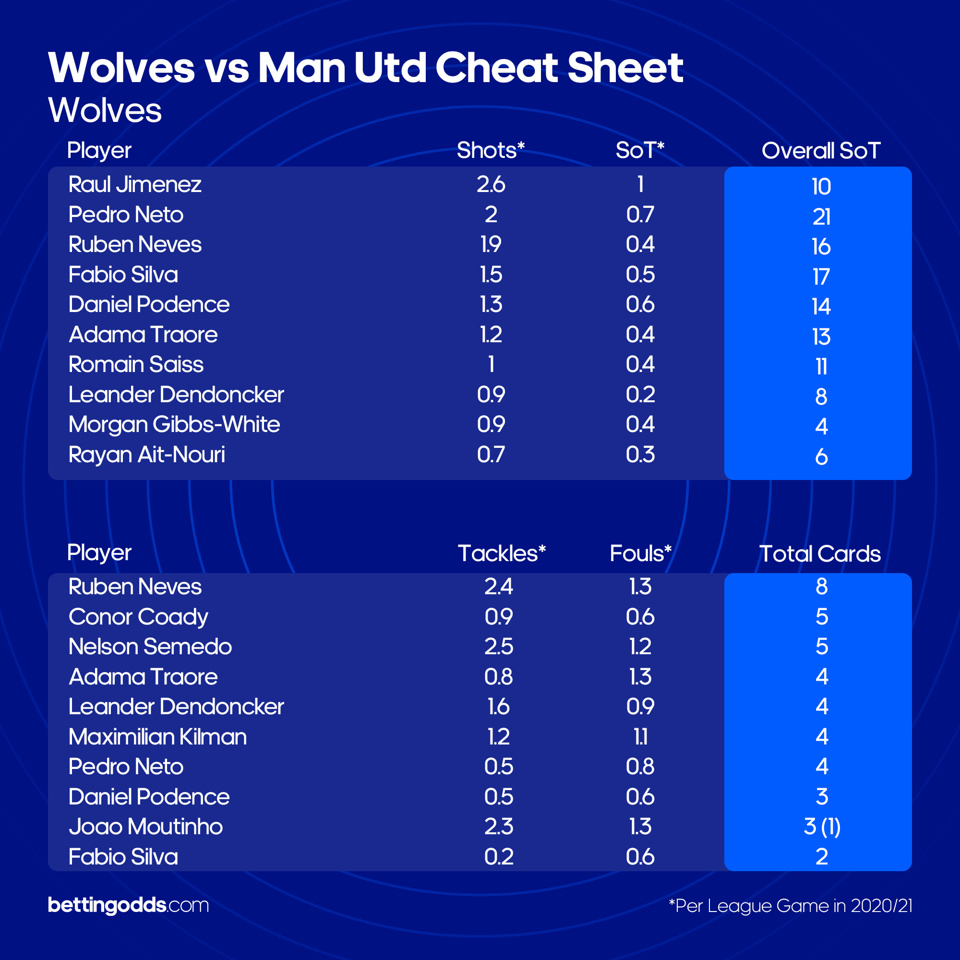 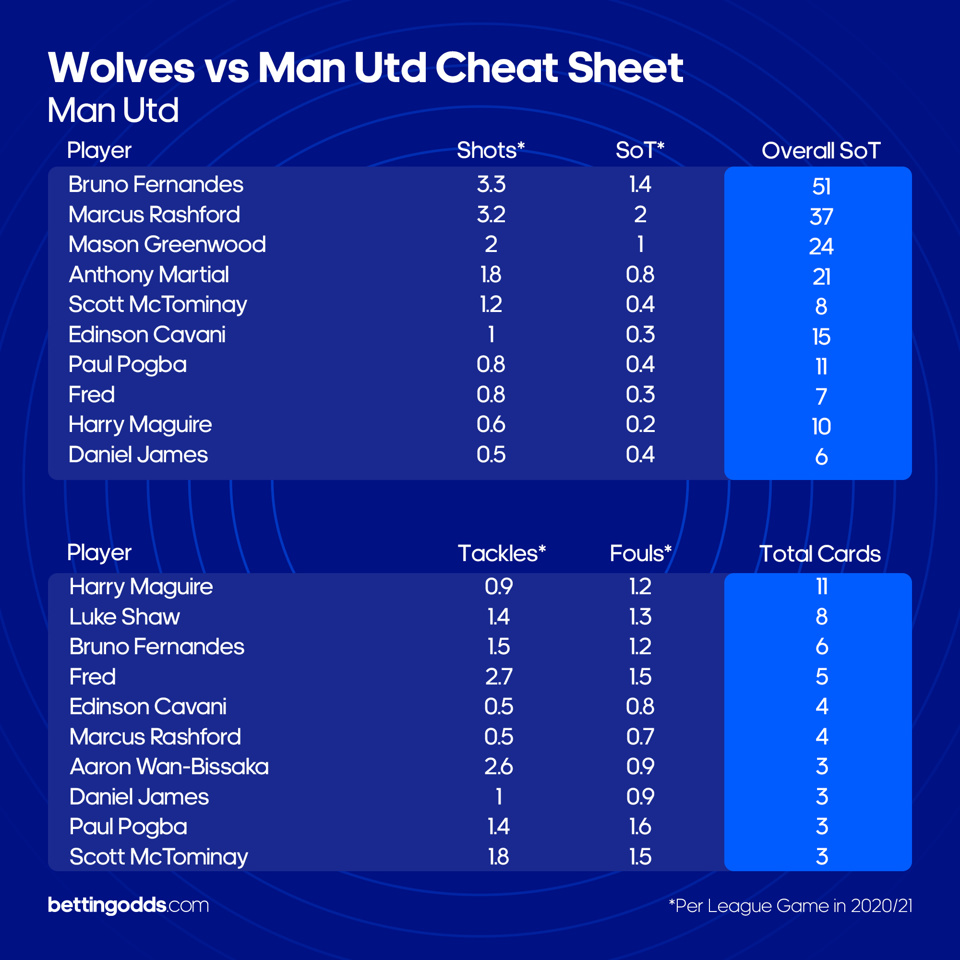 Plenty of speculation has surrounded Adama Traore and his proposed move to Spurs, but as of yet that is all it has remained - speculation. The Spaniard is still a Wolves player and is expected to start Sunday’s game against United, and if he does then he’s someone I’m looking to have on-side in the shots markets.

So far the speedster has registered 10 shots in his first two league outings, the only issue - and it is an issue which has been put under the microscope of late - is his final product. Traore has only managed to convert two of those 10 shots into shots on target, adding to the frustration around his game.

The 25-year-old is so quick and direct that he frequently gets into goalscoring positions but he just needs to work on his conversion rate in the final third. He showed an improvement in this regard against Tottenham on Sunday, however, registering the a second shot on target in as many games, and I think he can repeat that against Ole’s side this weekend after they showed some defensive susceptibility against Southampton’s pacey attackers - something Traore will be more than willing to exploit.

Luke Shaw will likely be the man tasked with containing Traore on Sunday and could be in for a tough afternoon. Opposition full-backs frequently struggle against the ex-Barcelona man due to his blistering pace and I see Sunday’s game being no different.

Last term, Shaw picked up 8 yellow cards in the PL - second only to Harry Maguire’s 11 - while he averaged 1.3 fouls per game, the fourth-highest player in United’s squad in that department. Booking odds are yet to be released, but when they are it may pay dividends to keep an eye on the Englishman’s price.