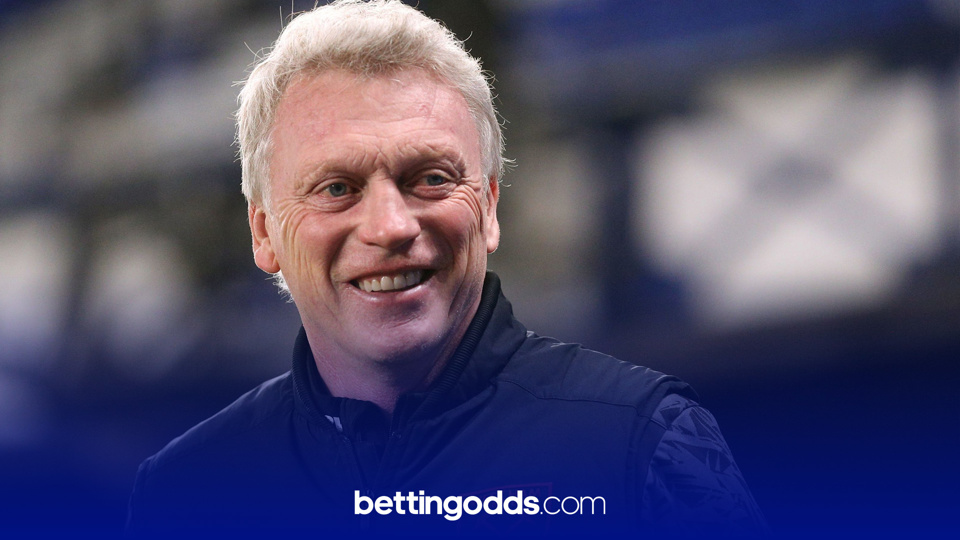 West Ham host Liverpool on Sunday afternoon in the final Premier League fixture of Gameweek 11 before November’s international break. Both teams have been in European action this week with Liverpool beating Atletico Madrid at Anfield on Wednesday before West Ham played out a 2-2 draw in Belgium against Genk on Thursday.

Just two points separate the pair in the Premier League heading into the weekend with Liverpool in second and West Ham in fourth, and we’ve provided you with our Cheat Sheet for the game which can hopefully lead to some profitable punting. 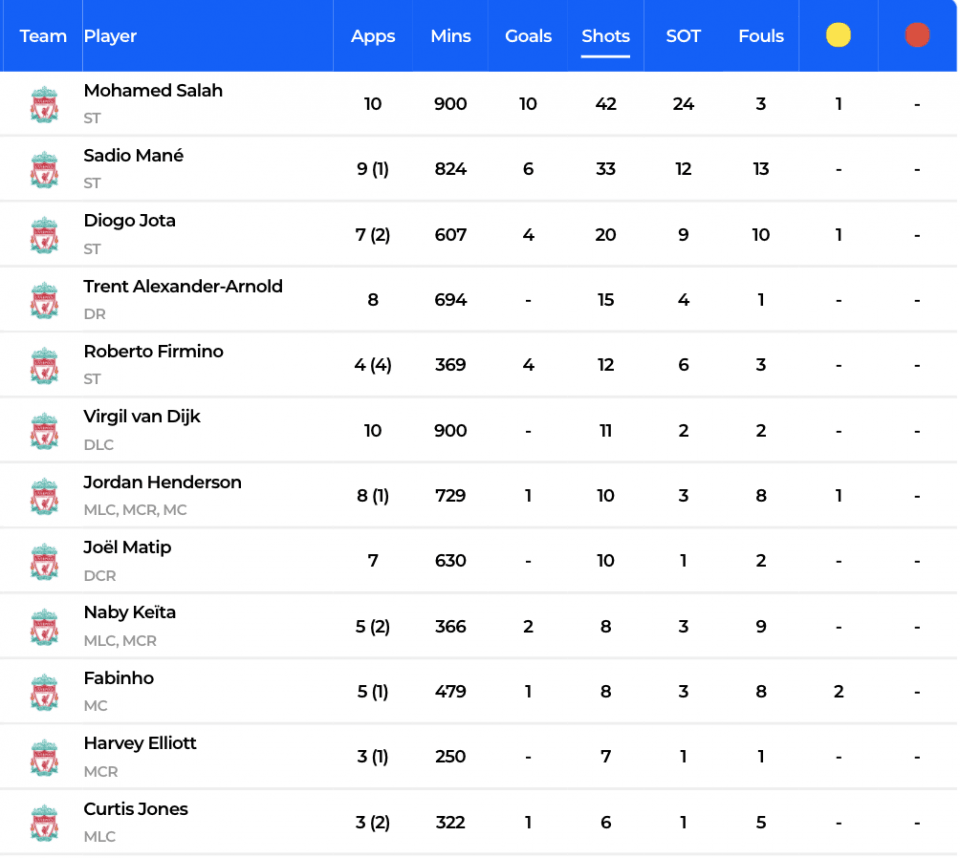 First up let’s take a look at Liverpool and which players have been prominent when it comes to shooting this season. Mohamed Salah is the standout name here with the Egyptian currently registering more shots (42) and shots on target (24) than any other player in the Premier League this term.

Salah has recorded 2+ shots on target in eight of his ten league fixtures and also in each of his four Champions League matches so far this season. With only 8/13 available from Betfair and Paddy Power for him to hit this line again on Sunday, we are recommending the 8/11 which is available at the time of writing with bet365 for him to have over 1.5 shots on target in the match. 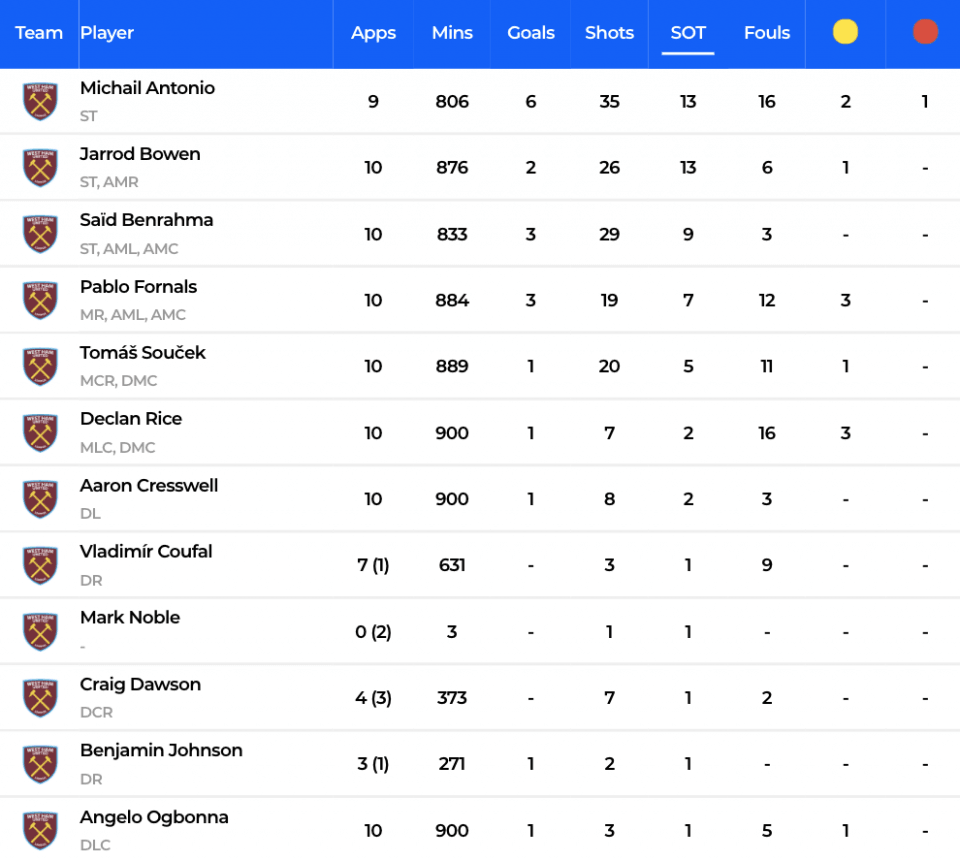 Both Michail Antonio and Jarrod Bowen rank joint-second in the league this season for shots on target behind Mo Salah, with the pair having hit an impressive 13 each over West Ham’s first league matches.

Bowen makes slightly more appeal here than Antonio with 8/11 on show from Paddy Power for him to register 1+ shot on target with 2+ available at 4/1, which has in fact landed in five of his league matches, with him hitting four against Aston Villa last weekend in Gameweek 10. 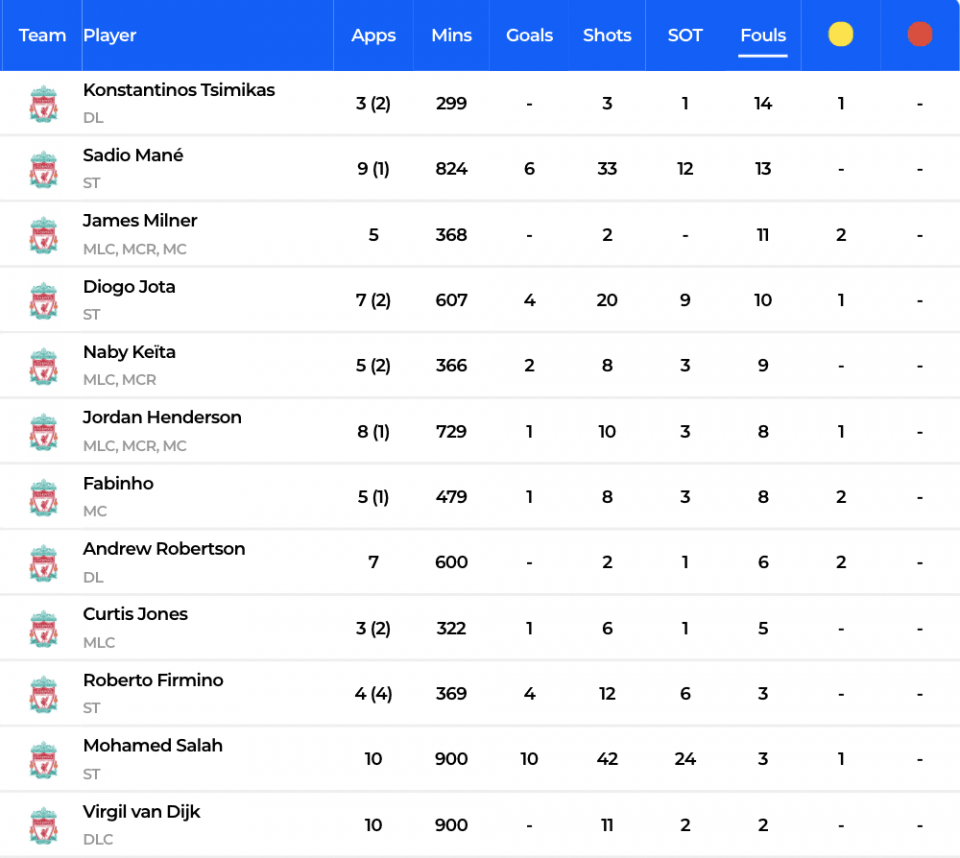 Moving on to players being carded and Craig Pawson will be the man in the middle on Sunday and the official ranked 4th of 19 last season for yellow cards shown with an average of 3.43 per game.

Sadio Mane was booked three times in the Premier League last season and is yet to pick up a card this time round. The attacker has committed 13 fouls without being punished with a card so far this season and with an average of 1.3 fouls per game the 6/1 with Unibet looks a fair price for him to find his way into Pawson’s notebook. 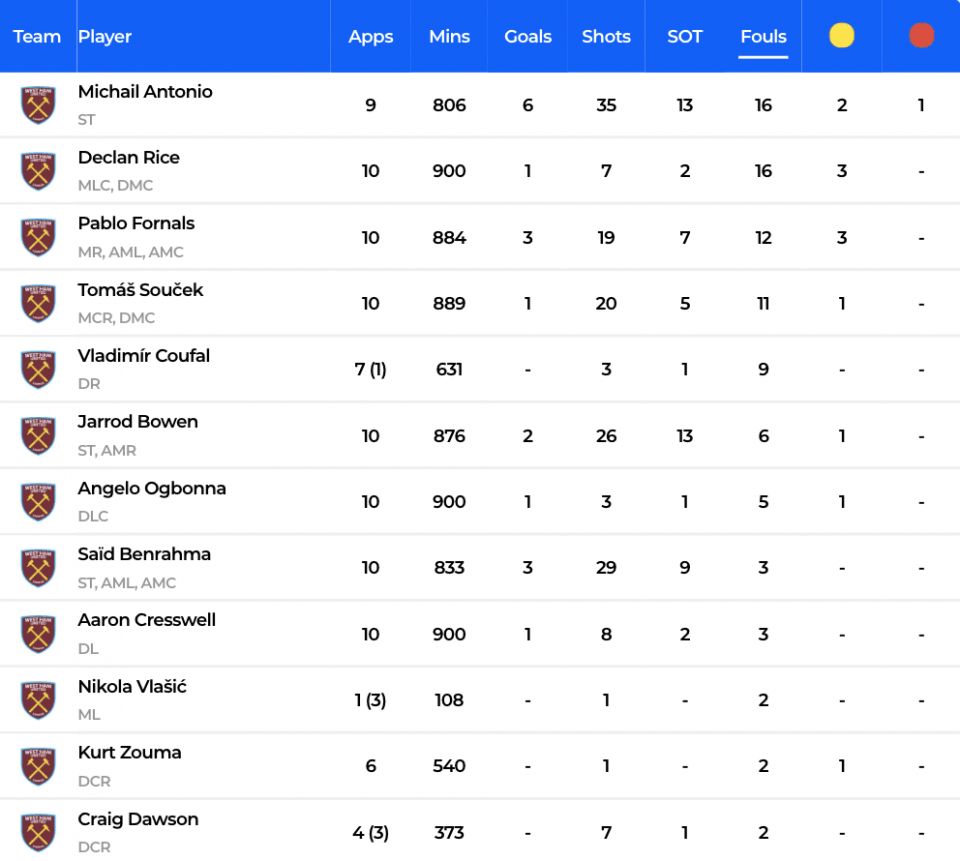 For the Hammers, Pablo Fornals and Declan Rice lead the way with three yellow cards apiece this season. Paddy Power have the latter at 4/1 to be carded on Sunday which looks a far price considering the opposition here and with Rice making 1.6 fouls per game so far this season.

If you are having a bet on the game, please do so responsibly.