The second game of the tournament comes from the remaining two teams in Group A as Wales take on Switzerland. The two sides are expected to be vying for second place behind group favourites Italy and meet in Baku’s Olympic Stadium for this crucial opener on Saturday 12th June at 14:00.

There are no fresh injury concerns at the time of writing. Although Wales caretaker manager Robert Page did have to make a change to his squad just 24 hours after confirming the 26 men called up to represent the Dragons, with Tom Lockyer replacing the injured James Lawrence.

For Switzerland, Eintracht Frankfurt’s Djibril Sow and Arsenal’s Granit Xhaka overcame minor concerns towards the end of their domestic campaigns, meaning that Vladimir Petkovic has an entirely fit squad to choose from. 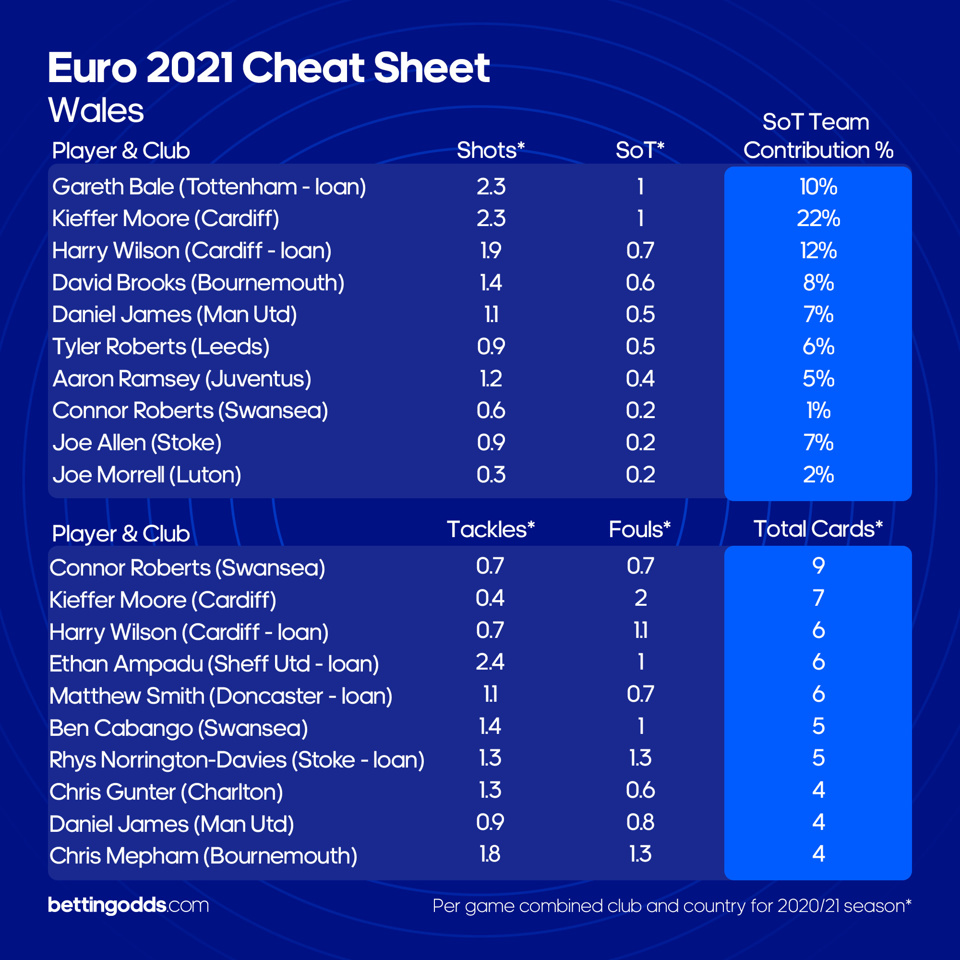 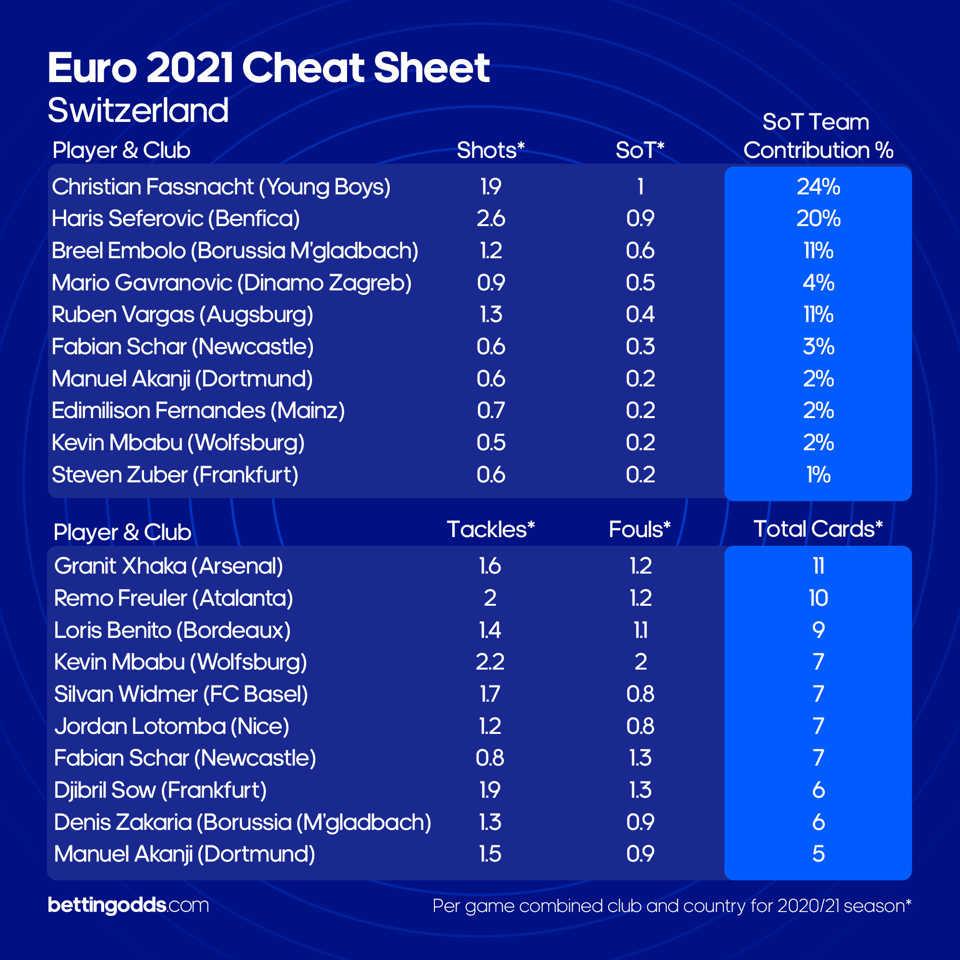 Gareth Bale expectedly tops the chart for the highest shots on target per game. But what might surprise many is that he is joined by fellow countryman Kieffer Moore, who will have a key part to play in Wales' campaign this summer. They share an average of 2.3 shots, along with 1 on target each game, which is matched by their Swiss counterpart in Christian Fassnacht.

While all eyes will be on the Real Madrid forward, there could be potential value found in either of the other names mentioned above, particularly Switzerland's winger whose shots per game average is bested only by striker Haris Seferovic among his own teammates. The Young Boys wide man netted 14 times for country this season, while contributing just under a quarter of his side's shots on target over the course of the campaign.

When you’re discussing cards, whether that be in the Premier League or on the international stage, one name always crops up in the conversation: Granit Xhaka. And for good reason too, as the 28-year-old relishes a crunching tackle, much to his own misfortune at times. He was cautioned a total of 11 times for club and country last term, committing on average 1.2 fouls each game.

However, because of its obviousness, the price can sometimes be too short to make it worthwhile for individuals like Xhaka. If you're searching for another midfielder who could pick up a caution in their clash against Wales, look no further than Remo Freuler.

The 29-year-old averaged 2 tackles and 1.2 fouls per game this season, which is slightly stronger than the Arsenal man's. Freuler has recently been booked in two of his three Nations League appearances for Switzerland, and over the duration of the season only accrued one card fewer than his nation's captain.

Another interesting candidate can be found in defender Kevin Mbabu. For his club, he’s averaging more tackles and fouls than Xhaka by a fair margin, with 2.2 and 2 respectively - albeit on a slightly smaller sample size. Despite this, he still received seven yellows from just 24 appearances in Germany, resulting in him being cautioned once just under every 3.5 games on average.

As well as this, the Wolfsburg defender appears to be the preferred right wing back choice for the Swiss in a 3-4-3 system which they have played increasingly more as the games have ramped up in recent times. This could see him tasked with facing Gareth Bale directly, making the proposal of an Mbabu booking all the more plausible.