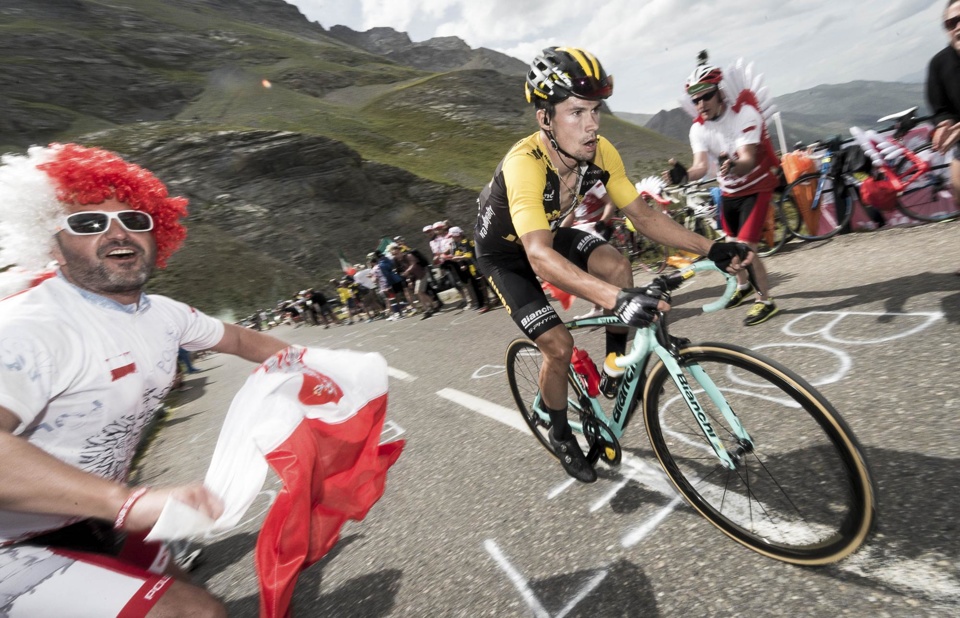 Two Grand Tours down, one to go in 2022, as the cycling world prepares for the lung-busting, energy-sapping, back-breaking cauldron of fire that is the Vuelta a Espana, which gets underway in Utrecht (Netherlands) on Friday 19th August.

Prepare for three weeks of excitement, drama and intrigue as the riders race 3,284.4km across 21 stages. There will be no Jonas Vingegaard or Tadej Pogacar - the two Tour de France protagonists who battled so brilliantly last month - but the winner of the last three Vuelta a Espanas is back in town in Primoz Roglic, who is bidding to defend his red jersey. The champ is unlikely to have it all his own way, however, with a cluster of contenders set to push him all the way.

Here at BettingOdds.com we’ve analysed the main men in the mix for glory, looked at the candidates for a podium place, top-10 finishers, and Points Classification contenders...

Primoz Roglic returns ready to run riot at the Vuelta a Espana once again. The Slovenian will be determined to bounce back after popping his collar at the Tour de France on Stage 5, before calling it quits on Stage 14 after playing a huge role for teammate and eventual victor Jonas Vingegaard.

It’s no surprise to see Roglic’s name glued to the top of the betting at 15/8 (Paddy Power) given that he’s won the tour in each of the last three years; he’s also a two-time top-5 finisher at the Tour de France and top-3 finisher at the Giro d'Italia. Another podium finish is available at evens with Paddy Power.

Success in Spain will catapult Roglic up alongside record-holder Roberto Heras on four maillot rojos, while he’d be the first to triumph in four successive years. It goes without saying that he’ll be supported by the ultra-strong Jumbo-Visma team - including the unbelievable Sepp Kuss - buzzing from their Le Tour success.

Who are the challengers?

Roglic is the stand-out favourite given his stunning record, yet while his participation has been confirmed, his competitors will hope to take advantage of any lingering injury niggles or fitness concerns that could plague the 32-year-old following his Tour de France crash last month. Afterall, he’s only just returned to training, so his Vuelta a Espana preparation hasn’t been ideal.

So, who else is in the mix for red jersey glory?

Let’s start with the second favourite in the betting, Remco Evenepoel, who could be considered a tad short to some at 11/2 considering that he’s only ever featured in one Grand Tour - 2021 Giro d'Italia - which he didn’t finish following a crash. However, the confident young Belgian, 22, is super talented and arrives in form following an impressive 2022, which includes a recent win in San Sebastian; dropping Simon Yates with 40km to go.

Considering the excitement and hype that surrounds him, Evenepoel - supported by world champion Julian Alaphilippe - will undoubtedly command storylines through the tour and will definitely be one to watch on the opening day as the world class time-trialist has the chance to explode out of the blocks in Friday’s Team Time Trial - the individual time trial is on Stage 10 - then only time will tell if he can mount a sustained challenge in the mountains.

Jai Hindley, 13/2 (Paddy Power), is looking to become only the 11th cyclist to win two Grand Tours in a season following his Giro triumph, while only three have won the Giro-Vuelta double; the most recent being Alberto Contador (2008). The Aussie finished 32nd in the year Simon Yates triumphed (2018) but returns gunning for glory.

Richard Carapaz could catch the eye at 8/1 given his invaluable tour experience and success, plus his determination to end his Ineos Grenadiers journey on a high. The Ecuadorian has achieved a handful of Grand Tour top-5s, including glory in the Giro d'Italia (2019) and 2nd at the 2020 Vuelta a Espana. Earlier this year he finished 2nd at the Giro, now he heads to Spain supported by a talented young team which features former Giro d’Italia winner Tao Geoghegan Hart.

Simon Yates returns to the Vuelta a Espana for the first time since his 2018 win. He’s been unable to finish three of his last four Tours, but did come 3rd at the Giro last year and has stated that he’s back here to win. You never know with Yates, who is 12/1 to bag his second title here, and 3/1 for the third Grand Tour podium finish of his career.

Other names worth keeping a look out for a podium finish include UAE’s Joao Almeida (2/1), Enric Mas Nicolau (13/5), Miguel Angel Lopez (4/1), and Nairo Quintana (8/1), while Mikel Landa is 10/1 to secure his second podium finish of the grand Tour season after coming 3rd at the Giro.

Of those, if you’re after a big price in the outright market Nairo Quintana could appeal at 66/1 (each-way, 3 places) with bet365 following a resurgent 6th place finish at the Tour. The Colombian won the Vuelta a España in 2016 and has two 4ths and an 8th in the event.

The top-10 market sees Vincenzo Nibali priced up at 13/5 in his final Grand Tour, similarly Movistar’s Alejandro Valverde is 3/1 in what could possibly be his finale. Tao Geoghegan Hart is 6/1 in this market, the returning showstopper Julian Alaphilippe is 14/1, with Chris Froome out at 20s.

When it comes to the Points Classification, there are a number of riders within close proximity in the betting. From Tim Merlier, Pascal Ackermann, and Mads Pedersen to Sam Bennett. It's worth noting that Primoz Roglic has won the Green Jersey twice en route to winning Red too, making the 11/2 appeal somewhat.

Giro d'Italia 2022 Odds as BettingOdds.com preview the race and over up two betting tips for the race which starts…