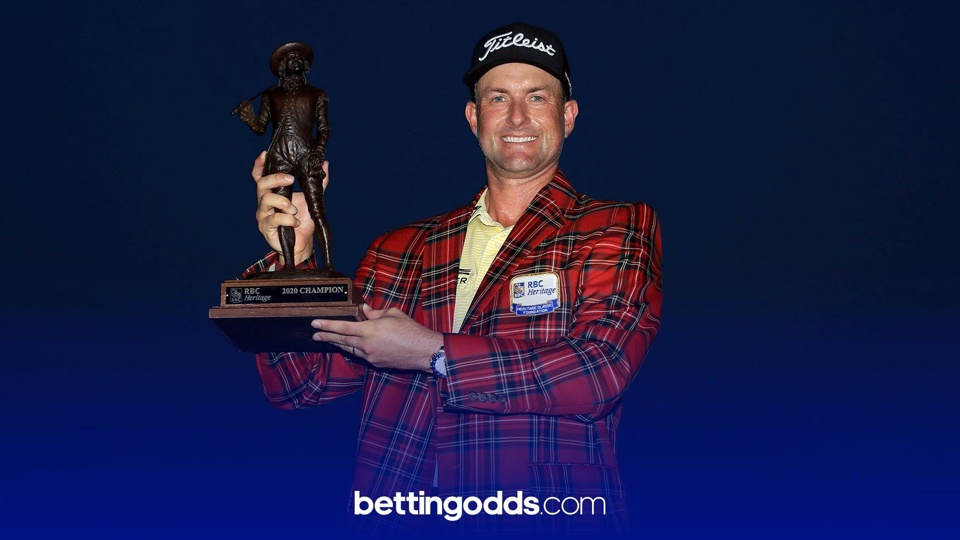 Webb Simpson delighted punters when securing his seventh win on the PGA Tour late on Sunday at Harbour Town winning the RBC Heritage by a shot on -22.

With any number of players in with a chance deep into Sunday's round, which was delayed for nearly three hours due to thunderstorms in the area, at one point there were 12 players within a shot of the lead.

It's actually amazing that there wasn't a play-off given how many were involved at the sharp end of proceedings but a back nine 30 from Simpson was enough to give him the win a shot clear of Mexico's Abraham Ancer and the chasing pack.

This particular punter took particular pleasure in Simpson taking the title, put up in last week's RBC Heritage Tips article at 30/1, the North Carolina native has been installed as a 20/1 fourth favourite for this week's Travelers Championship. at TPC River Highlands in Connecticut. 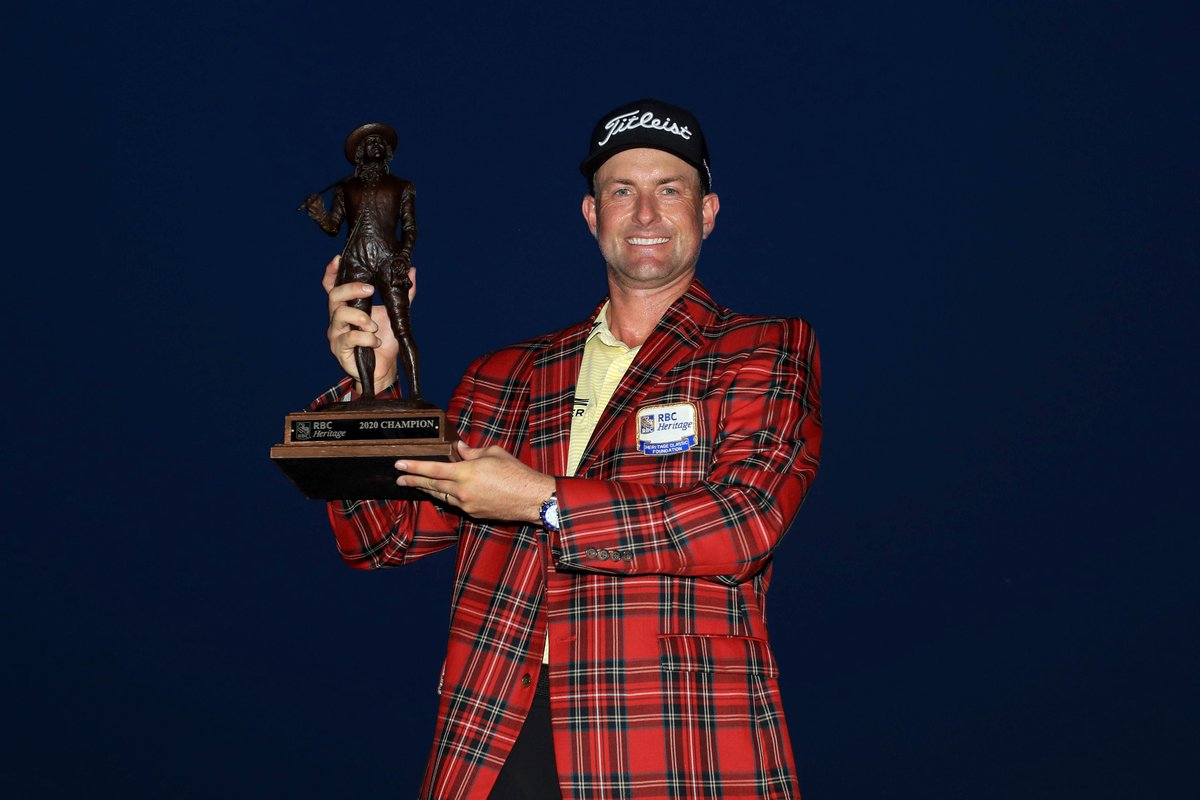 We tipped up the #RBCHeritage winner at 30/1 and each-way wins with DeChambeau and Poston.

With three of golf's majors still to be squeezed into the remainder of the season, betting for these events is seeing plenty of action as the layers tighten up on those performing well each week. Indeed, Bet365 make Webb Simpson now a 25/1 chance in the US Open betting in September from 40/1 whilst their US Masters odds have the American at 25/1 also, from 33's.

We've also seen moves in the Masters specifically for Jordan Spieth who loves Augusta and the in-form Bryson DeChambeau who put in yet another top-ten performance last week.

As well as tipping up Simpson last week, you hopefully got an each-way return on Bryson DeChambeau in the Heritage, also tipped up by BettingOdds.com each-way at odds of 16/1. The American finished in a tie for 8th place at Harbour Town after yet another quiet Saturday put him out of contention for the outright win.

It was however his fifth top ten finish in a row on the PGA Tour from six starts in 2020 and he surely has to come good soon. The American is best price 12/1 as the bookmakers put up their prices for the Travelers Championship, four clicks shorter than last week with a very similar field and two top-10's in his last two visits it's hard to see DeChambeau not featuring again in this week's tipping column.

There are a few bookmakers who make him joint favourite with Rory McIlroy this week at 12/1, with Paddy Power and Betfair once again going eight places the each way terms this week.

Another player in form at the top of the world rankings is Justin Thomas, who having only just made the cut at the weekend shot a 66 on Saturday and an eight under 63 on Sunday to finish in a tie for 8th. Add that to his 10th place finish the week before at Colonial and he's certainly one who is so close to getting a win. Thomas is a best price 14/1 this week.

Playing their way into form

We've picked out three players who are finding their feet after a couple of weeks back on the PGA Tour.

John Rahm has already been clipped into 20/1 from 22's with Bet Victor for this week's Travelers Championship. The Spaniard missed the cut at Colonial but finished on 12 under par at Harbour Town and the bookies look very keen to keep him on side.

Brooks Koepka showed some of his old form on Sunday, the American returned his best result of the season so far finishing 7th on Sunday, which was in fact his first top ten of the season on the PGA Tour.

The three-time major winner is a general 20/1 chance this week returning to a course he's done well at before. Whilst the likes of Rory McIlroy and Dustin Johnson still continue to find their feet, their may be some value about Koepka this week.

Justin Rose has been quietly going about his business and again looks to be overlooked in the betting. A 3rd place finish at Colonial in the Charles Schwab Challenge when the Tour returned a fortnight ago, Rose finished tied for 14th last week after a slow start with a first round one under par 70.

William Hill are stand out odds of 28/1 about Rose's chances this week which might not last very long.