Tour Championship Tips and Predictions: Three against the field at East Lake

It's the PGA Tour season finale from East Lake, with our in-form gold tipster Russell Palmer back with three against the field in the Tour Championship...

Another week on the PGA Tour goes by and another winner. That's four now since the restart twelve weeks ago but if last week's win by Dustin Johnson was a cake walk, we rode our luck aboard Jon Rahm this week.

Firstly, thanks to a Webb Simpson withdrawal on Tuesday, Rahm wouldn't have been selected. Knowing it would likely turn into a real test, Rahm's game was perfectly suited, especially having finished the Northern Trust like a train. However, at 10/1 at the time of writing last Monday I thought he was too short and plumbed for Simpson at twice the price.

When Simpson withdrew I had enough time to make another selection and by Tuesday evening BST, Rahm had been pushed out to 14/1, so low and behold he was added to the team alongside Kevin Kisner and Bubba Watson.

Despite his slow start, Rahm played brilliantly over the weekend and got his fair share of luck during his final round, eventually holing this 66-foot putt on his way to beating Dustin Johnson on the first extra hole. 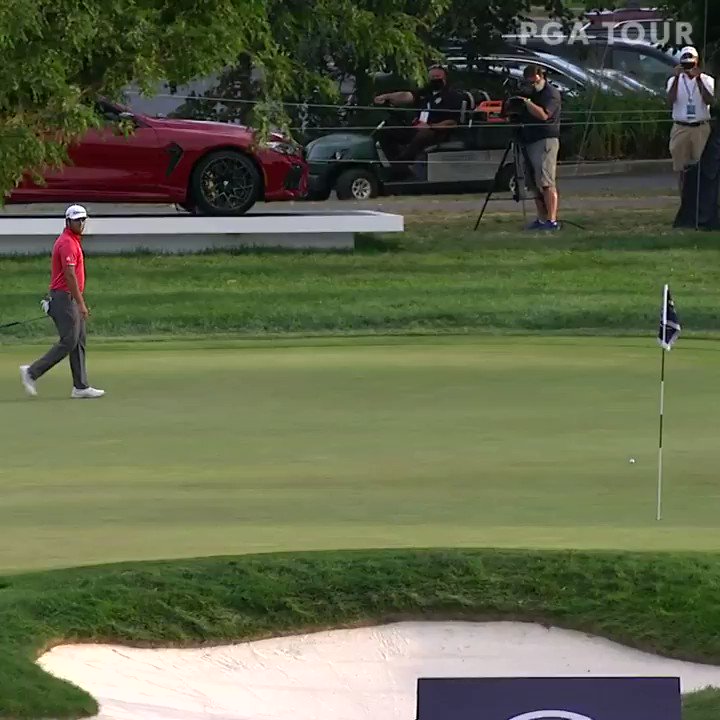 Jon Rahm knew it was going in. https://t.co/96misvteC6

Rahm's two victories since the restart have come on the two toughest tracks, Olympia at the weekend and when landing the Memorial Tournament seven weeks ago at Muirfield Village.

Bet365 saw fit to clip Rahm into 10/1 in the US Open betting which takes place at Whistling Straits in two weeks, from 16/1 this time last week.

This week's event, the Tour Championship is the season ender, with a field of just 30 competing for the FedEx Cup.

Only in its second year of this format, the event differs from the usual tournament, with the players essentially reverse handicapped dependent on their current FedEx Cup standings, meaning Dustin Johnson who is ranked number one, starting the week on 10 under par, two shots ahead of Rahm on -8, and so on.

Note also it's a Friday through Monday tournament this week. 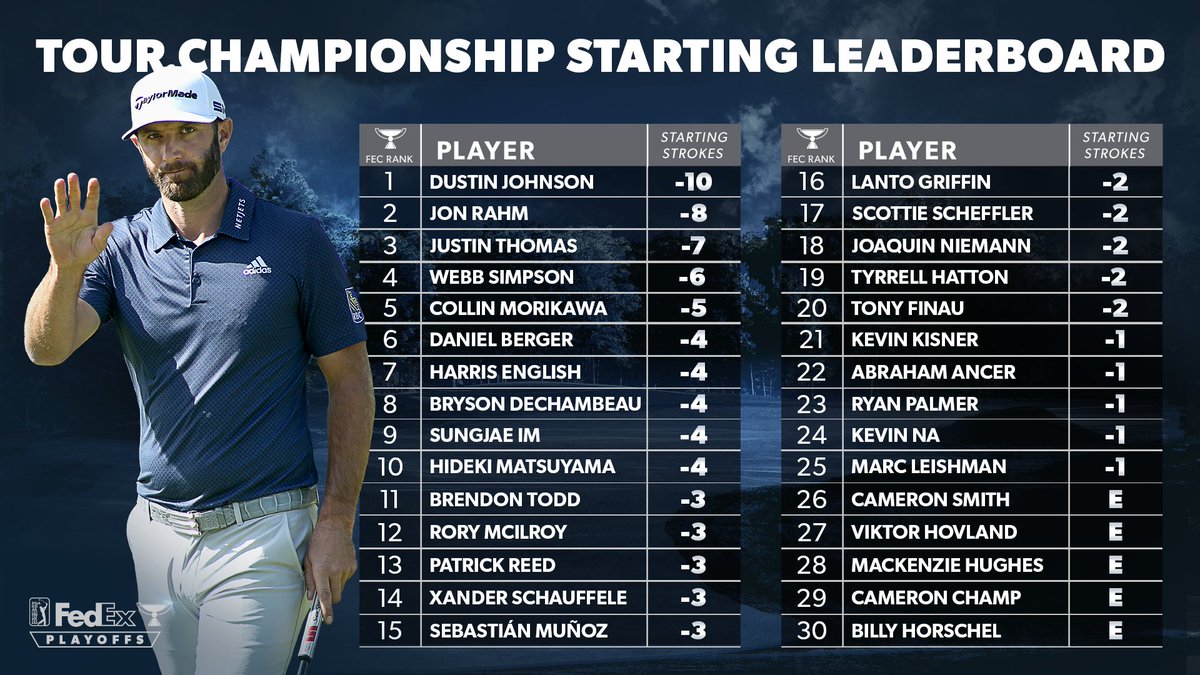 The field is set.
The leaderboard is set too.

What this does mean is that you need to double check which market the bookmaker is offering. Dustin Johnson is a 15/8 favourite based on these starting positions but some firms do offer betting without the FedEx Cup starting allowance, where they make Johnson and Rahm 11/2 joint favourites.

East Lake Golf Club hosts the tournament and we have a heap of course form to go on. I'm looking at three players in the 'without the FedEx Cup starting allowance' market this week.

First up for me is last week's tip Webb Simpson, who withdrew from the BMW Championship to keep himself fresh for East Lake.

The American has a win and three top ten finishes since the restart and also has three top five finishes here in his last six visits.

He's fresher than the rest of the field who had a mentally gruelling time of it last week and has the accuracy to be in the mix here, ranking 6th this season in Greens In Regulation, 12th for shots gained tee to green and 3rd for shots gained total.

A bit bigger in the betting at 20/1 is Hideki Matsuyama. The Japanese player has had a pretty quiet time of it but came to the fore last week out in the final group with DJ on Sunday and not disgracing himself finishing third.

That was his fifth top ten of the season on the PGA Tour and has a decent record at East Lake, recording two top five finishes in his last four visits.

It's Matsuyama's putting which is his achilles heel though, languishing down at 178th in shots gained putting, losing half a shot against the field.

I'm willing to take a chance on him this week though at the prices, again with William Hill paying those five places.

Lastly I like the price of Joaquin Niemann at 60/1 with Betfred paying five places.

The Chilean finished in a tie for third place with Matsuyama on Sunday and went odds-on in-running during his final round before falling away down the stretch.

He's been inconsistent with plenty of missed cuts since the restart but Sunday was his second top five finish and fourth overall, including his win at the Greenbrier right at the start of the season.

Another excellent ball-striker Niemann ranks 5th for shots gained approaching the green and 20th for SG tee to green.

Another one who can struggle with the putter I think he's a big price given last week's performance which can only make him stronger. There's no missed cut this week and is twice the price of Billy Horschel and Harris English who may both have more experience and consistency, neither have the natural talent of the 21-year-old.