The standout tie in the Premier League this weekend comes on Sunday afternoon, as Chelsea make the short journey to north London to take on rivals Tottenham. Both sides have started positively this term, with fourth-place Chelsea currently unbeaten after their first four games and Spurs in 7th with three wins from their first four PL outings.

Sunday's game should yield plenty of betting opportunities, and below we have illustrated some of the key stats in our Cheat Sheets to help aid you when picking your bets for the game. 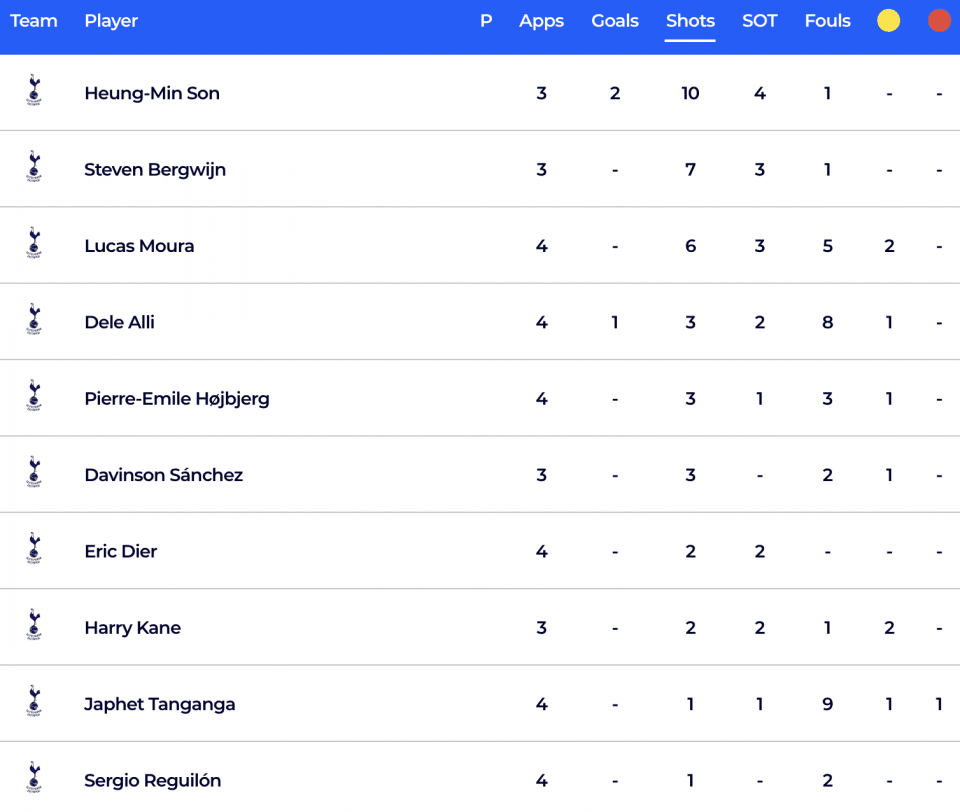 Amazingly, Harry Kane has only registered two shots in the Premier League this season and the England international endured a shocker against Crystal Palace last weekend, failing to register a single touch in the Eagles’ penalty area.

Form is temporary but class is permanent, and there is no doubt that Kane will bounce back soon enough but I’ll be looking elsewhere for some value in the shots markets for this weekend.

One player that catches the eye is Eric Dier. The 27-year-old limped off against Palace last weekend but he is expected to return for this weekend’s clash having not travelled to France for the Europa Conference League clash on Thursday night. Dier has registered 2 shots on target in his first four PL games this term and poses a huge aerial threat from corners so, should he start, he’s the player I’d be looking towards for 1+ shot on target against Chelsea. 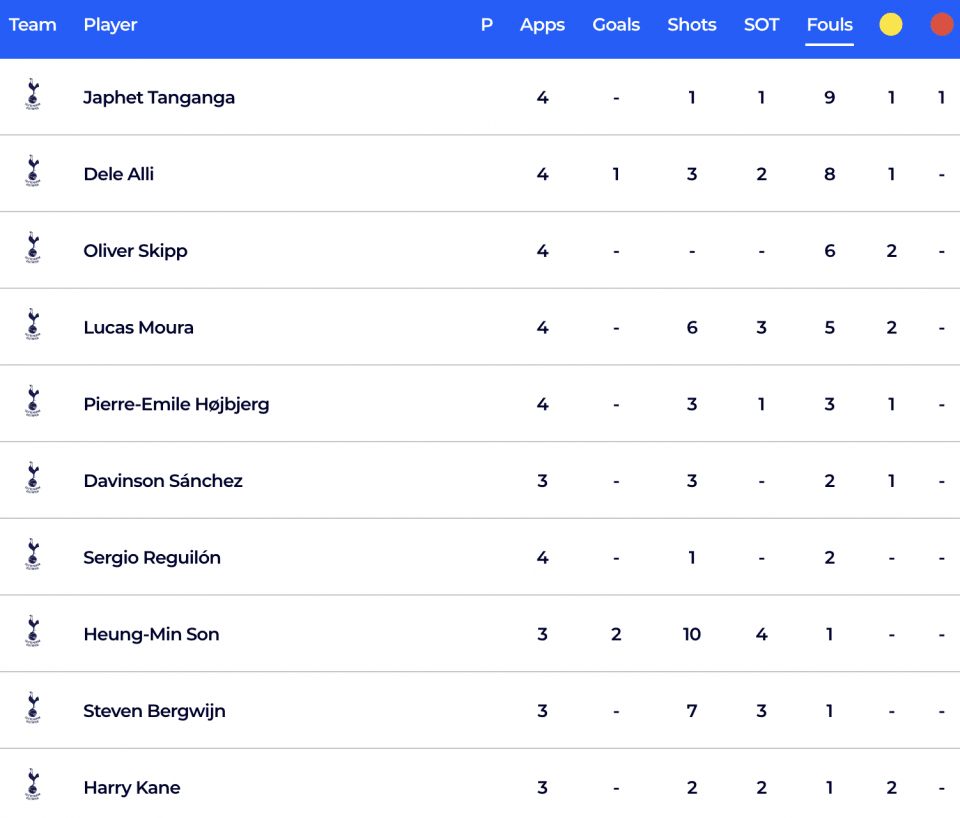 At 4/1 with bet365, Dele Alli is the player I’m leaning towards for a card. The attacking-midfielder has committed 8 fouls in the Premier League this season, second only to Japhet Tanganga in the Spurs squad, which is an average of 2 per game. Up against a robust Chelsea midfield containing the likes of N’Golo Kane, Mateo Kovacic and Jorginho, the Englishman could be in for a tough battle on Sunday with plenty of firm challenges.

Paul Tierney is the man in the middle for this one and he’s averaged 3.75 yellows per game so far in 21/22, and was the highest ranking official for yellow cards last term with an average of 3.90 per game, so it wouldn’t be surprising to see plenty of bookings brandished in this fiery London derby. 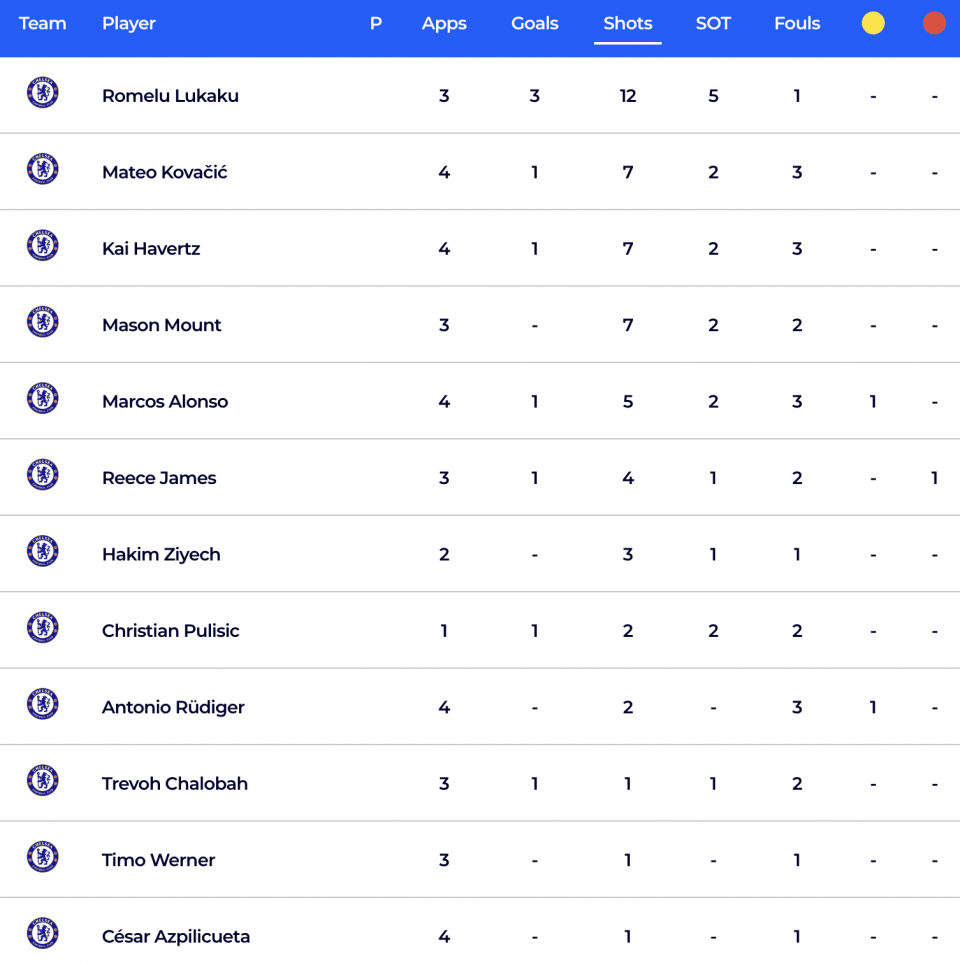 Kai Havertz was rested from the outset against Zenit in midweek but I expect the German to start Sunday’s game and will be backing him to get amongst the shots in north London. The former Bayer Leverkusen man has let off 7 shots so far in the PL - an average of 1.75 per game - but only two of those have been on target. Therefore, I’d prefer to have him down for 3+ shots rather than 2+ on target here. 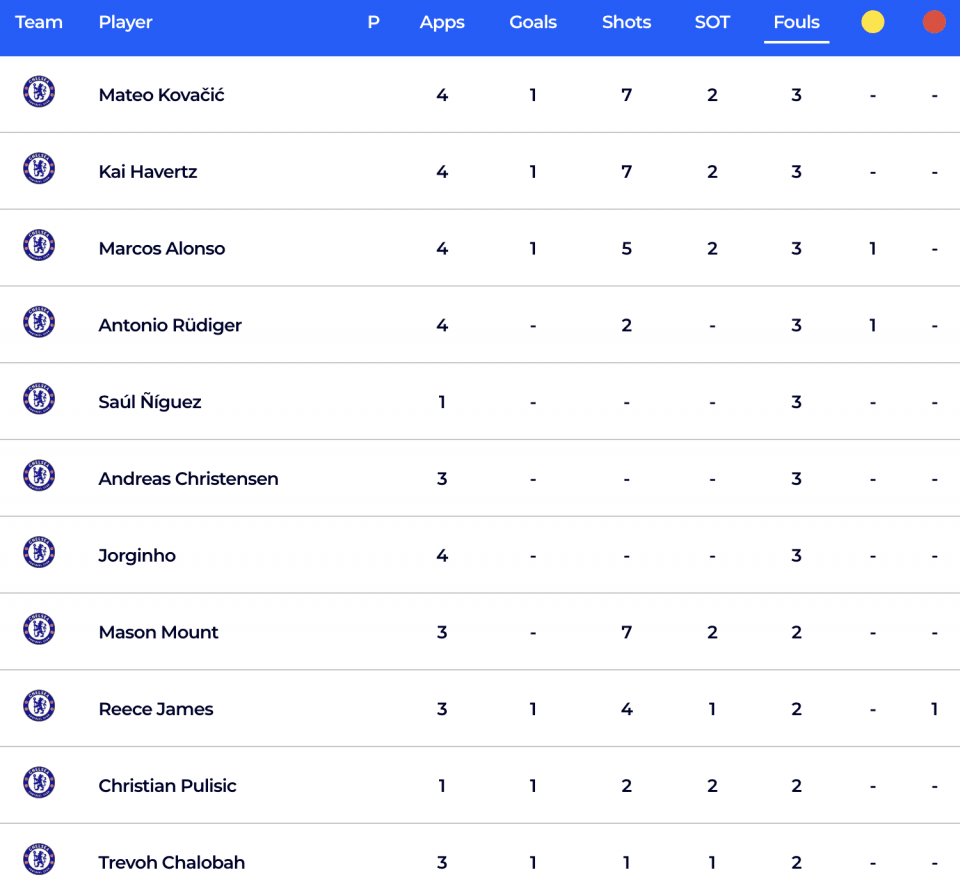 Antonio Rudiger has been cautioned once already this season and will be tasked with keeping Harry Kane quiet on Sunday. The German is a physical presence in the heart of Chelsea’s defence and never shies away from a battle with opposing strikers. Up against the physicality of Kane and the trickery of Son cutting in from midfield (should he be deemed fit enough to play), I think there is scope for a Rudiger booking at 4/1 with bet365.

get offer get offer
#Ad. Your bet will be paid out in full if your team is winning by 2 goals at any stage in the match regardless if your selection goes on to draw or lose the game. Applies to all Premier League, La Liga and Bundesliga games. T&C's apply, 18+ begambleaware.org
Premier League odds