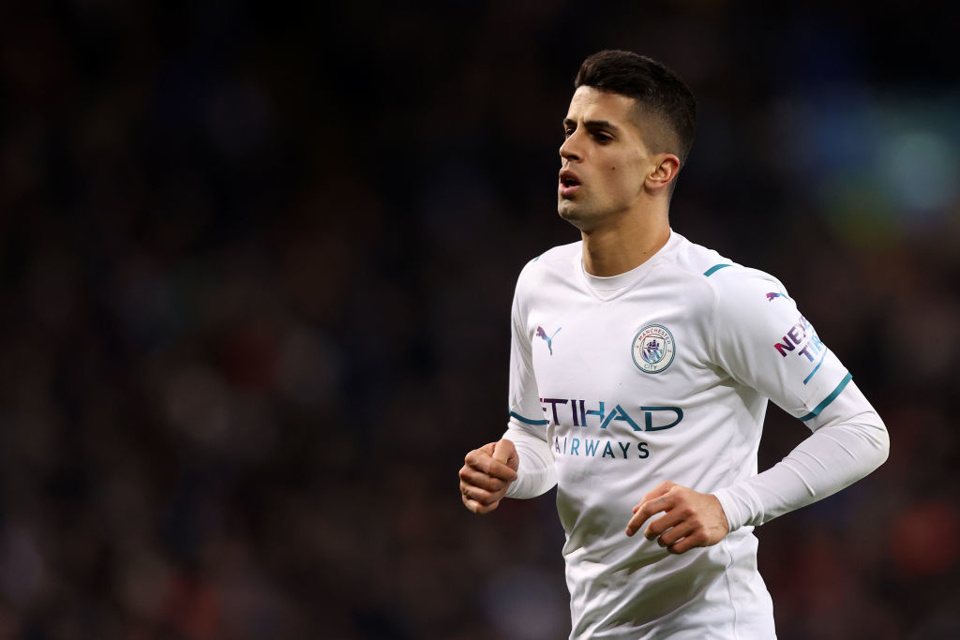 There are five Premier League games being played on Saturday afternoon and we will have full previews and tips for all on site. We've also created four individual cheat sheets for the day which should help provide you with all the stats and angles you need for your weekend punting. 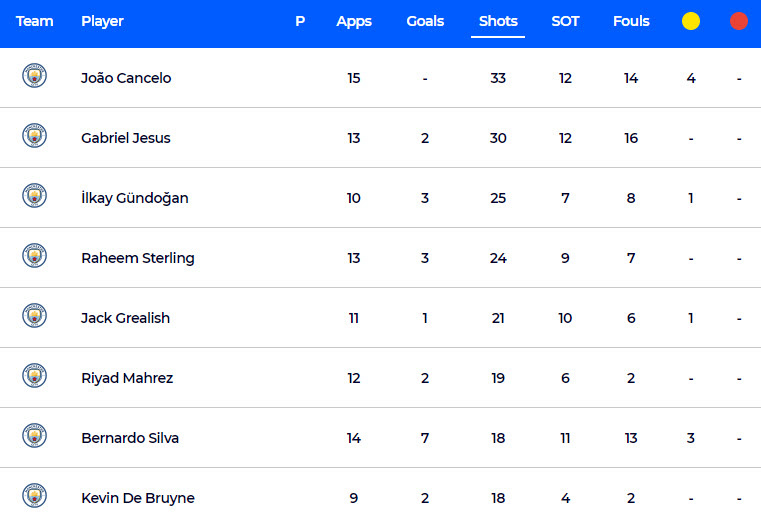 First up we've got the reigning champions Manchester City hosting Wolverhampton Wanderers at the Etihad in the early kick off, live on BT Sport.

As regular readers of this page will know, we like the cut of João Cancelo's jib. He's leading the Citizens in both shots and shots on target, which is a phenomenal stat for a left back. The 27-year-old Portuguese is listed at some big prices in the betting markets due to his lack of Premier League goals. He is a huge 15/2 at BetVictor to have 2+ shots on target - something he has done in three of his last seven games.

If you fancy him to break his EPL goal drought then you can get him at 9/1 at Bet365 to score in the 90 minutes. Hes as short as 5/1 in most other places. 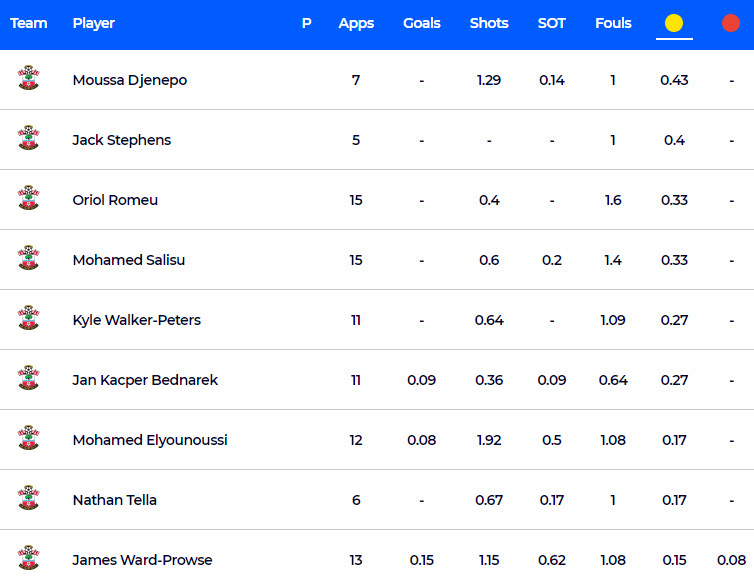 There's a 3pm ko in the Premier League at the Emirates, between European chasing Arsenal and a Southampton team looking perilously over their shoulders at the relegation zone.

We've had a look at the cards markets in this one and with Saints two chief offenders Oriol Romeo and Mohammed Salisu both missing out after collecting 5 yellow cards each, we have looked at their replacements to see who else could find themselves in trouble with the referee.

One name that stands out is 27-year-old centreback Jack Stephens. Stephens has only played in five games for Southampton this campaign but already has picked up two yellow cards. In his previous four seasons he had picked up a total of 16 cautions which is a lot for a young man who isn't a regular choice. With him up against the pacey Alexandre Lacazette and Pierre-Emerick Aubameyang, away from home, it looks likely he will find himself with another yellow here. He's 7/2 at William Hill to do so. 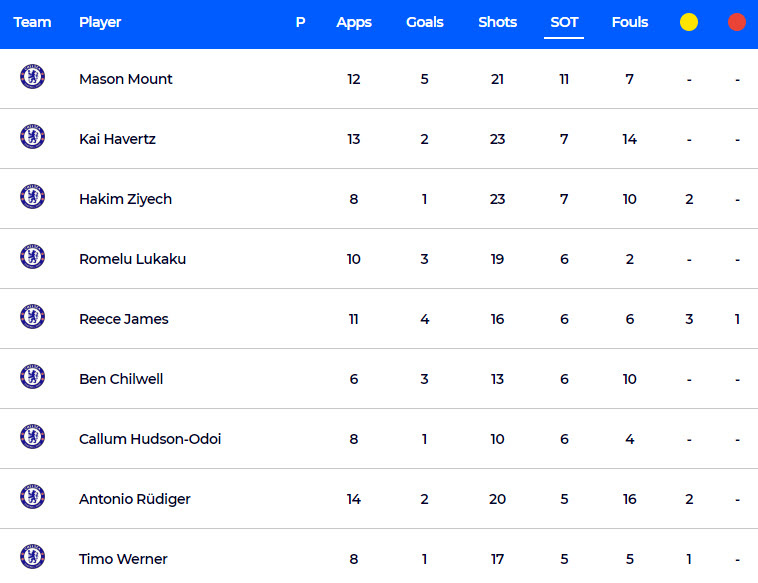 Stamford Bridge sees a clash between two clubs that haven't got much love for one another. Title chasing Chelsea host their visitors from Yorkshire, Leeds United.

Chelsea have hit a serious slump and have only won three of their last seven in all competitions, which has seen them slip from top spot and fall behind rivals Man City and Liverpool. They will be hoping to get back to form here against a Leeds side which has struggled badly this year.

United have arrested the slide down the table slightly with five points from their last three and will be wanting to try to nick at least a point here against a side suffering with many injuries and a loss in form.

We've taken a look at another one of our favourites here at BettingOdds.com, Reece James. The England youngster has recently returned back from injury and will be looking to cause havoc from the right wing back position. James is averaging over a shot a game under Thomas Tuchel and has converted four times in the Premier League from his 11 starts - an impressive number from a defender.

He is generally priced around 10/3 to score anytime but we love the outlier of 13/2 at bet365 and will be having a small punt. 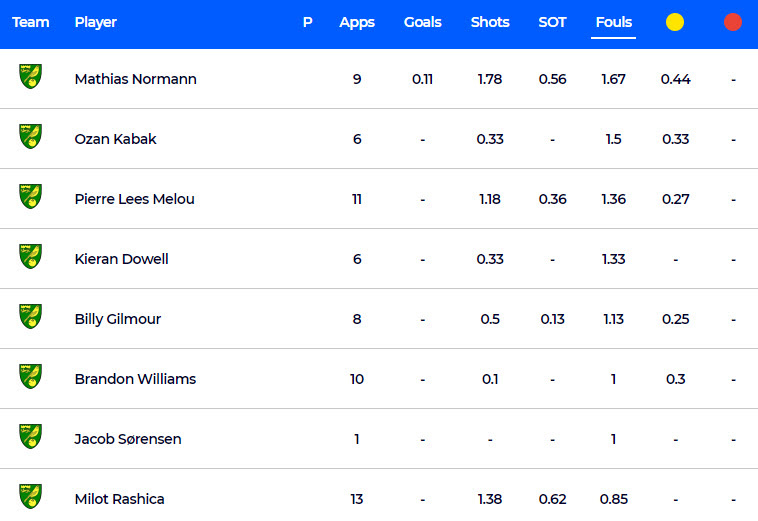 The late game is being contested at Carrow Road and should make for entertaining fayre between Dean Smith's Norwich City and Ralf Rangnick's Manchester United. Rangnick got off to a perfect start last weekend and will be hoping to hit the ground running at United in his quest to stay on as permanent manager in the summer. United will have a tough task though against a Norwich side who have looked better in recent games - winning 8 points from their last five games.

One thing for sure is that since Rangnick came in we have seen a new intensity to the Red Devils play and City's midfield are going to have to try to combat it. Both Todd Cantwell (who should return here after a covid break) and Billy Gilmour like to get stuck in and are partial to a yellow card. Gilmour in particular is averaging over a foul per game and has already picked up cards in a quarter of his games this season. I like the 9/2 on offer at bet365 here.

Saturday Football Tips: Side with shots for our acca in Gameweek 3 of the Premier League

Saturday Football Tips as BettingOdds.com put together their Best Betting Tips for the footy this Saturday 20…