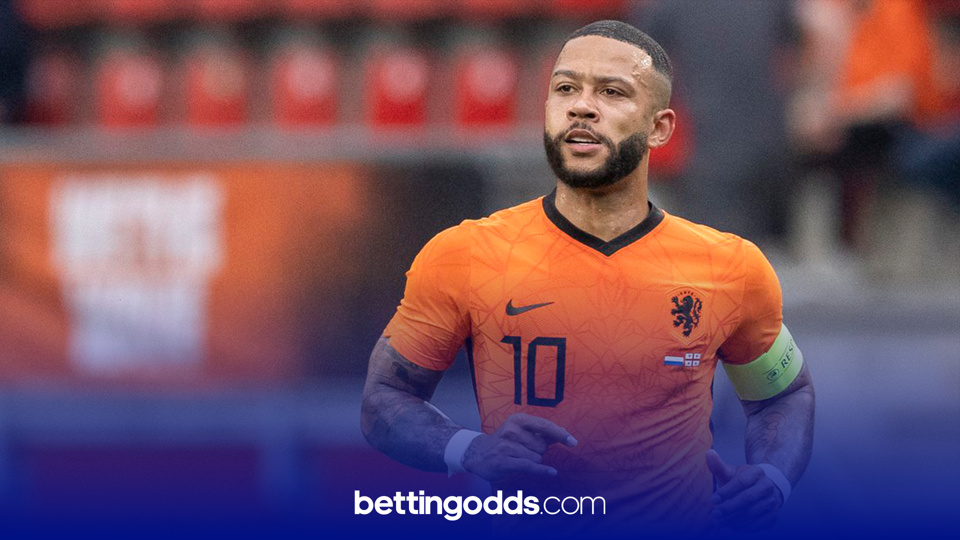 Sunday’s late kick-off (8pm) sees the 8/13 favourites Holland host Ukraine in Amsterdam where you can get a big 5/1 for Shevchenko’s men to cause a shock.

Netherlands will be missing out on their star defender Virgil van Dijk as he has to decided to rest up until preseason with Liverpool. Despite this Holland see themselves as one of the shorter priced teams to win the tournament thanks to the other big names in the squad.

Players such as Memphis Depay, Frenkie de Jong and Georginio Wijnaldum should all feature heavily and a fresh and exciting Holland team should be competitive at these Euros.

Ukraine find themselves as a big outsider to win Euro 2021 at 90/1 and although you might not know all the players in their squad, names such as Zinchenko and Yarmalenko catch people’s attention from their Premier League experience. 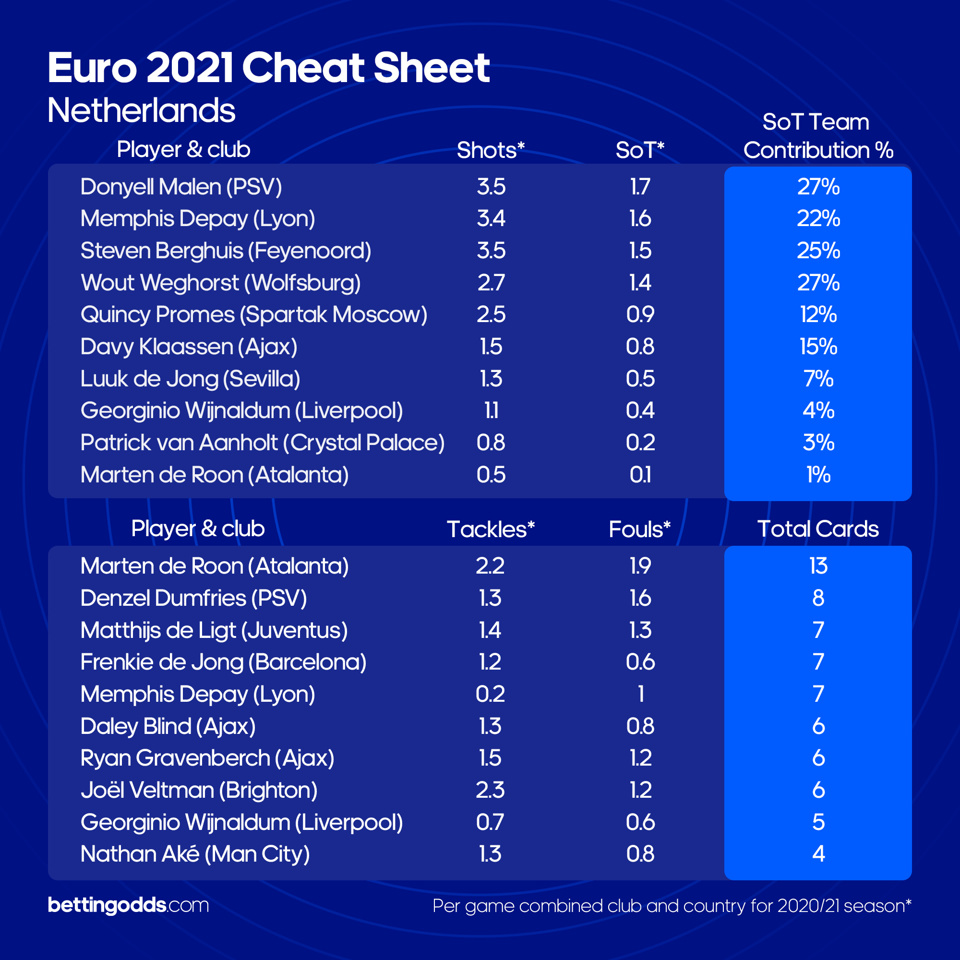 Memphis Depay has been in blistering form for Netherlands recently overtaking Marco van Basten in the all time scorer list thanks to a brace against Scotland and a goal against Georgia. Although the goal stats are certainly remarkable it’s Depay’s booking stats that have caught my eye. As you can see in our cheat sheet above, Memphis is only averaging 0.2 tackles per game yet he’s picked up 7 yellow cards this season. What we can get from this is that the prolific Depay isn’t the best tackler and is not afraid to put his foot in which normally ends up in a foul which may result in a big-priced booking. Memphis is joint 3rd in the Dutch squad for most bookings which again is surprising considering how little challenges he puts in.

Zinchenko has been made into a left-back by Pep Guardiola which was never his natural position as he was originally purchased as a more of an attacking midfielder. This is the position he does play for Ukraine which means you can squeeze a bit more value out of him in the attacking markets. For example, for Manchester City Zinchenko is only averaging 0.8 shots per game in the Premier League whereas for Ukraine, he is averaging 2.7 shots per game in the World Cup qualifiers. Here you can see the clear difference in his output for club and country which is why the bookmakers have priced him up at 9/1 for a goal against Netherlands. Whilst I do agree it is a longshot for him to score, 9/1 seems quite a decent price and it’ll be interesting to see what prices his shots on target will be.