One of the most eagerly anticipated fixtures in the Premier League calendar is delivered to us on Saturday as Man Utd and Man City meet at Old Trafford for the Manchester Derby.

Despite a win in their last PL outing, United come into this one with the heat still firmly placed on Ole Gunnar Solskjaer who will be desperate to avoid another home drubbing to rivals.

City, on the other hand, suffered a shock 2-0 defeat to Crystal Palace at the Etihad last weekend. The fact that they find themselves five points adrift of Chelsea in 1st already means that Pep’s men cannot afford to drop more points at this stage - no less to a disjointed Man U team.

In our Cheat Sheet for the game, we’ve provided key stats for both teams relating to some of the most popular betting markets. We’ve also included some further insight into angles for potential value for the game. 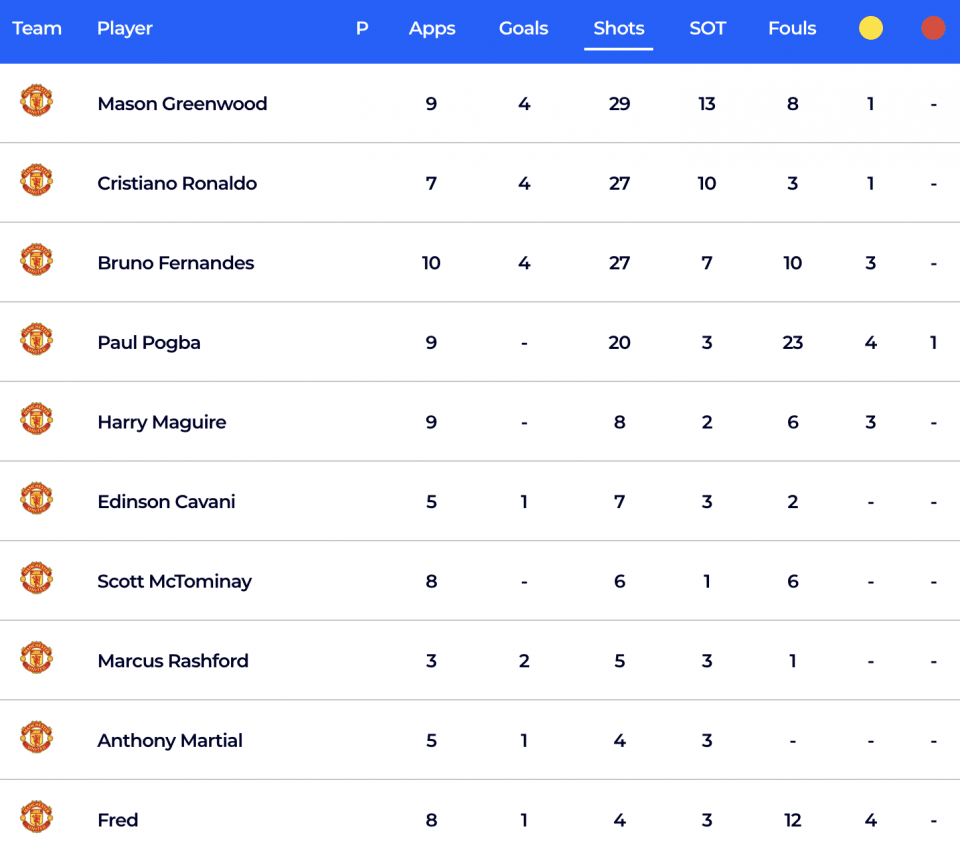 Marcus Rashford has made a positive return to football, scoring three goals in five appearances, with two of those coming in the Premier League. The forward may not be back to full fitness just yet but he’s growing in sharpness with each passing game.

Of his three PL appearances this season, Rashford has struck five shots, hitting the target with three of those. For someone that’s only played a total of 110 domestic minutes of football so far, that’s not bad going.

In a game flooded with talent and star studded names, the 24-year-old could somewhat go under the radar with the bookmakers in a number of different markets.

Although there are uncertainties about possible changes Man Utd might make, it’s expected that Rashford will get the nod from the off, making it his fourth start in five matches.

It’s also worth mentioning that Bruno Fernandes - who is Utd’s third highest player for both shots and shots on target in the PL this season - has hit 2+ shots on target in two of his last three meetings with Man City. You can get him at 15/8 to do it again with the same bookmaker. 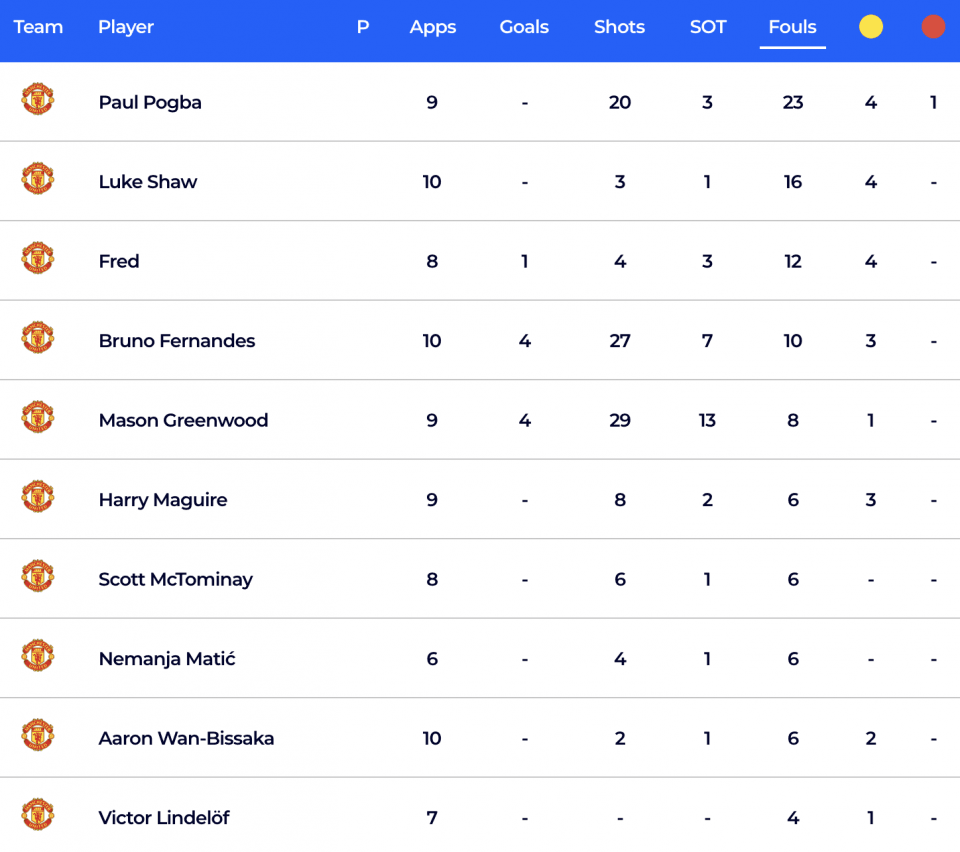 Naturally, there are two standout names in this department for Man Utd this season and you might be able to hazard a guess before reading who.

Harry Maguire and Luke Shaw have picked up three and four cards respectively in the league so far. What makes the two a more interesting proposition is their history in this fixture too.

Maguire has been booked in seven of of his last eight appearances against Man City, dating all the way back to 2017 during his Leicester days. As for Shaw, he’s seen a yellow in his two most recent match ups vs City - propping him up to rank second for most fouls conceded in the top flight for the Reds this campaign.

Add the fact that both have found themselves cautioned in their two latest Premier League games with the current frailties down the left-hand side due to a distinct lack of form for the two of them and there’s a pretty strong case to be made for that run to continue.

In terms of prices, both are quite short given their track record with Shaw being available at 7/4 and Maguire at 15/8. If you are feeling a little ambitious, however, you can couple them together for a double which would pay at 7/1. All prices are with Bet 365. 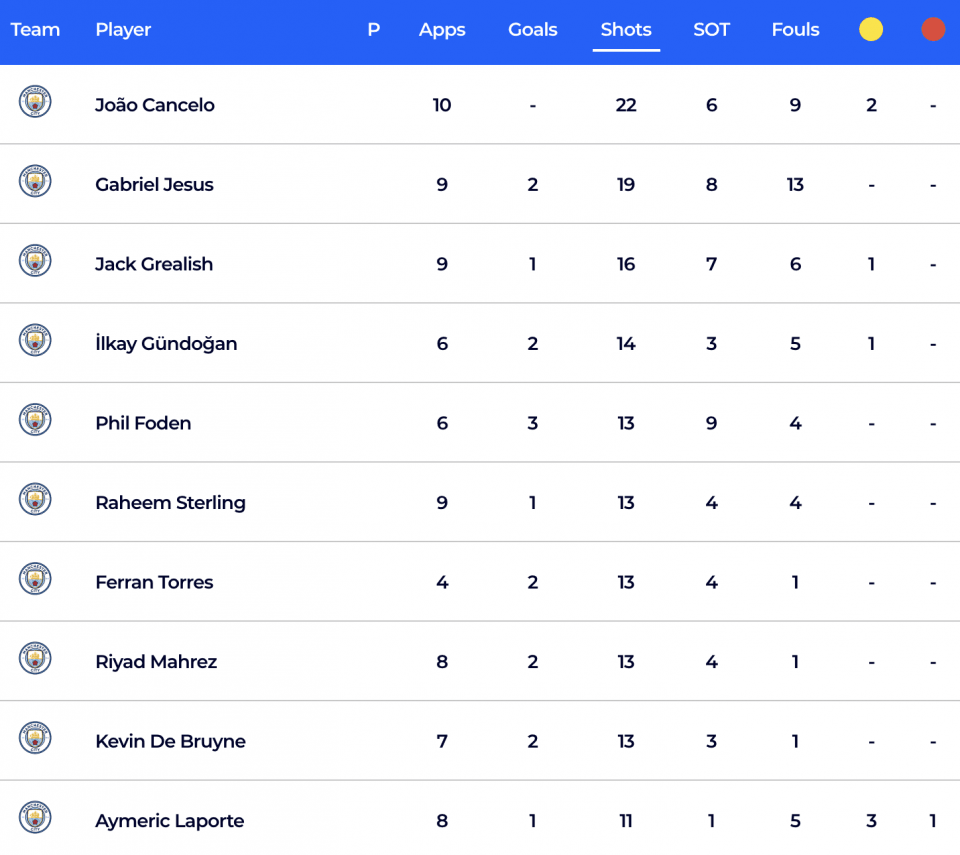 Outsiders or those who only have a small sample size of Man City’s matches this season might be surprised to see Joao Cancelo sitting top for most shots taken in the league this term.

However, when you break it down fully, the numbers start to make complete sense. The full back is one of only two outfield players to feature in all 10 of their PL outings this season - with fellow defender Ruben Dias being the other.

Among his 22 shots, six of those have found the target. That leaves him as the fourth highest for shots on target within the Man City ranks which is no small feat.

Given how far up the pitch Pep’s City team play, as well as their ability to overload both central and wide areas, chances will always be available to someone as progressive as Cancelo.

He is 8/5 with Paddy Power to have one on Saturday. 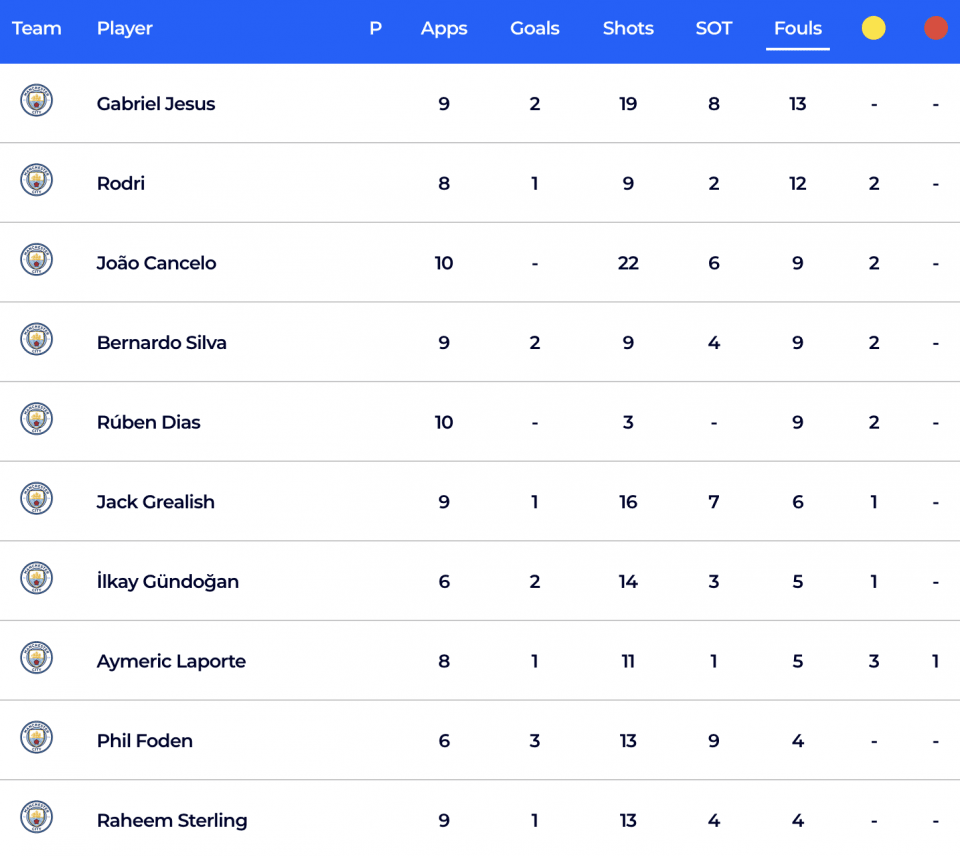 On the cards front, Manchester City rank 15th in the league for most yellows shown in the 2021/22 campaign with 16. Compare that to Man Utd sitting all the way up in third with 24 cautions and the two are almost night and day.

This City side are generally well disciplined which is reflected by their status as the team with the second fewest number of yellows last season, bested only by Liverpool.

If we’re looking at the worst offenders for fouls, Gabriel Jesus is your man. The striker has committed 13 in his nine appearances but is yet to pick up a single booking in the league this season.

He accumulated two in the Premier League last season and if he is to mistime a challenge and find himself entered into the referee’s book, a Manchester Derby feels like one of the more likely circumstances to do so. If you fancy his chances, Bet 365 has him priced at 9/2. 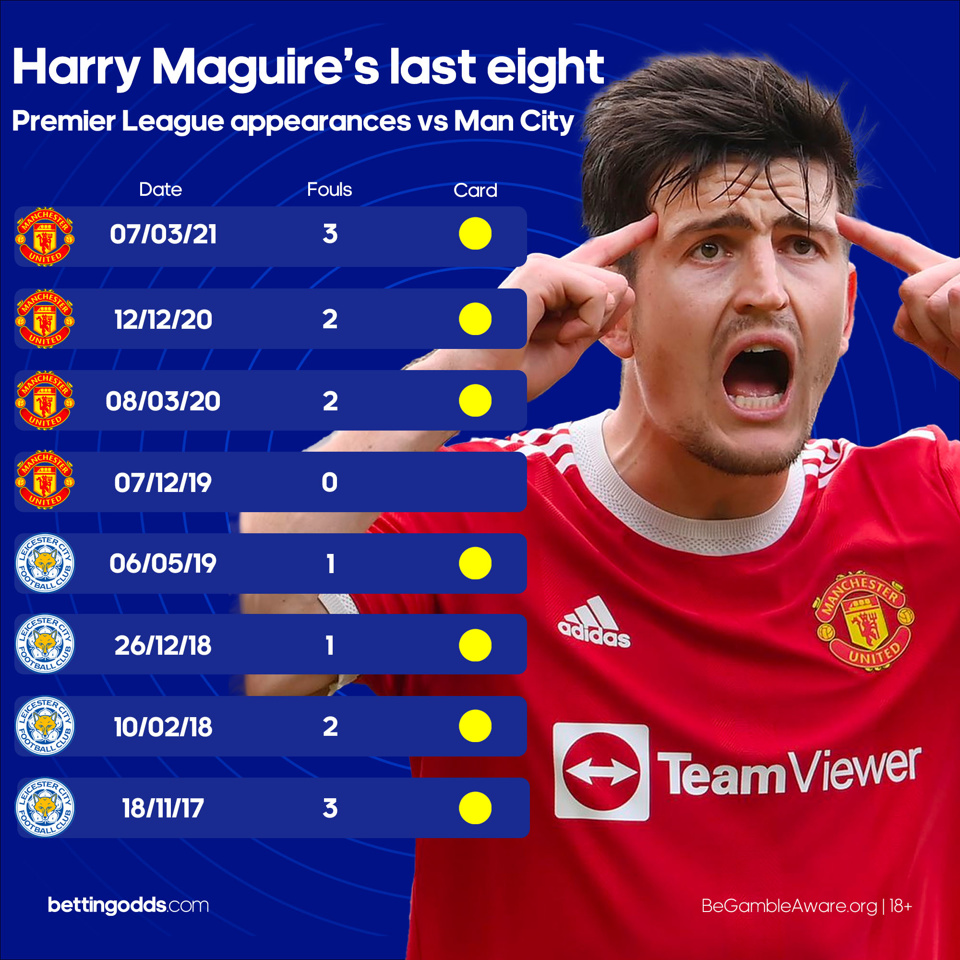