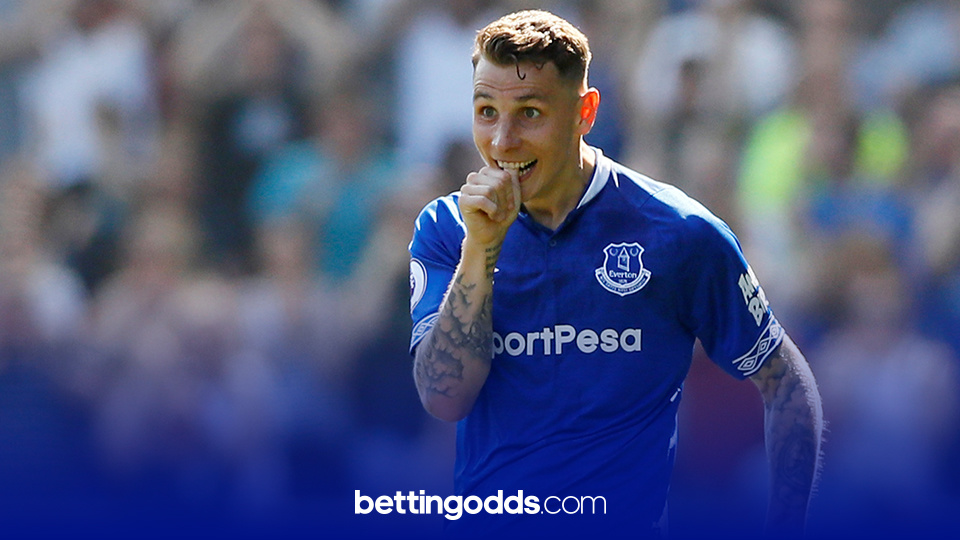 Manchester United welcome Everton to Old Trafford this Saturday at 12:30, desperate to return to winning ways in the league following a disappointing 1-0 defeat against Aston Villa last time out.

Everton make the short journey down the M62 in turbulent form following back to back defeats against Aston Villa and QPR (EFL Cup), before a 2-0 win over basement-dwellers Norwich reinstalled some confidence at Goodison Park last weekend.

The 6/1 on offer for Rafa Benitez’s side to clinch the spoils seems like pretty good value, while 10/3 on the draw could be worth a punt given the Red Devils’ patchy form. It is Solskjaer’s side who enter the clash as bookmaker favourites, however, priced odds-on at 1/2 for the victory.

All of the key shots and card stats for both sides can be found below in our Cheat Sheets for the game, where I’ve highlighted which players could be valuable picks for your Bet Builders. 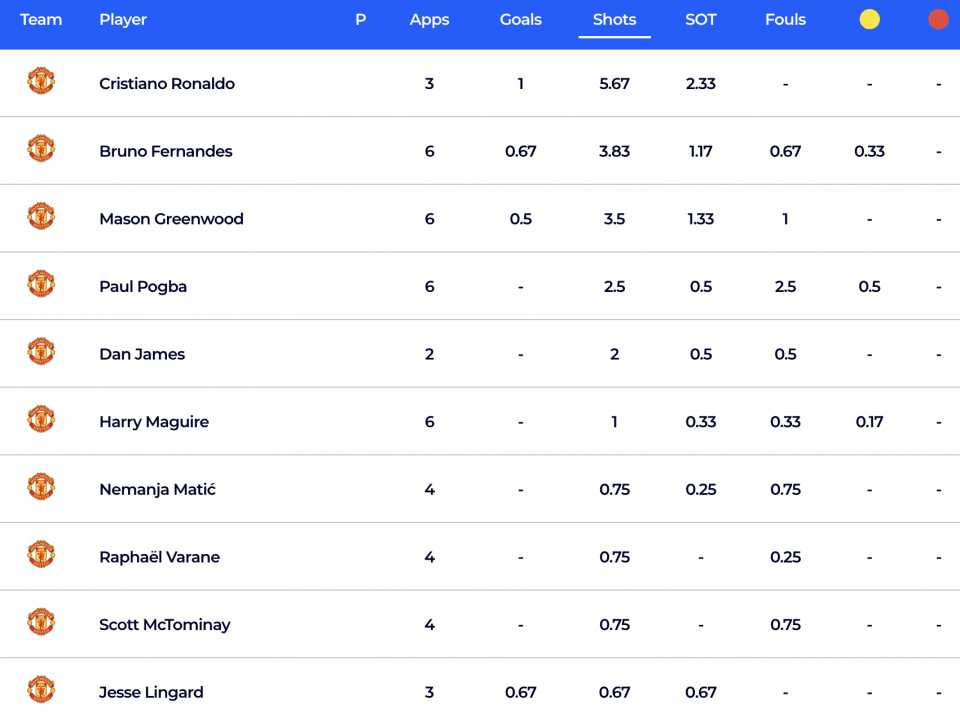 With United’s forwards so short in the shot markets, looking elsewhere is where we’ll find the value for this game. Harry Maguire is always a player I like to have on-side in my Bet Builders simply due to his ability to latch onto crosses from set-pieces.

The England defender is such a huge aerial presence and is the first player United look to hit from corners, often to great success. This term Maguire has averaged a shot at goal per game, and while only two of those have been on target, it does highlight how many opportunities he’s finding in front of goal, so he’s my play for 1+ SoT vs Everton. 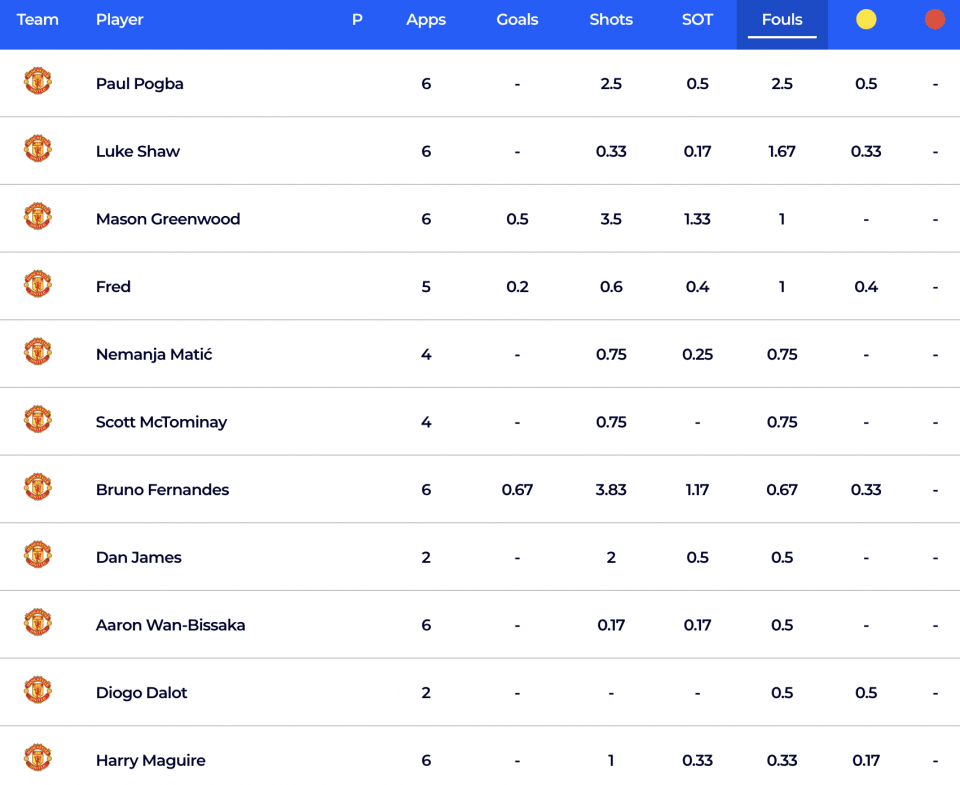 Bruno Fernandes is my angle for a card this weekend. The Portugal international is averaging 0.67 fouls per game in the PL this term which has yielded him two bookings so far. It’s Fernandes’s petulance with the referee that often lands him in hot water, though, and in a physical game where the likes of Abdoulaye Doucouré and Allan are likely to impose themselves on the 27-year-old playmaker, we could result in him retaliating and picking up the third card of his campaign. 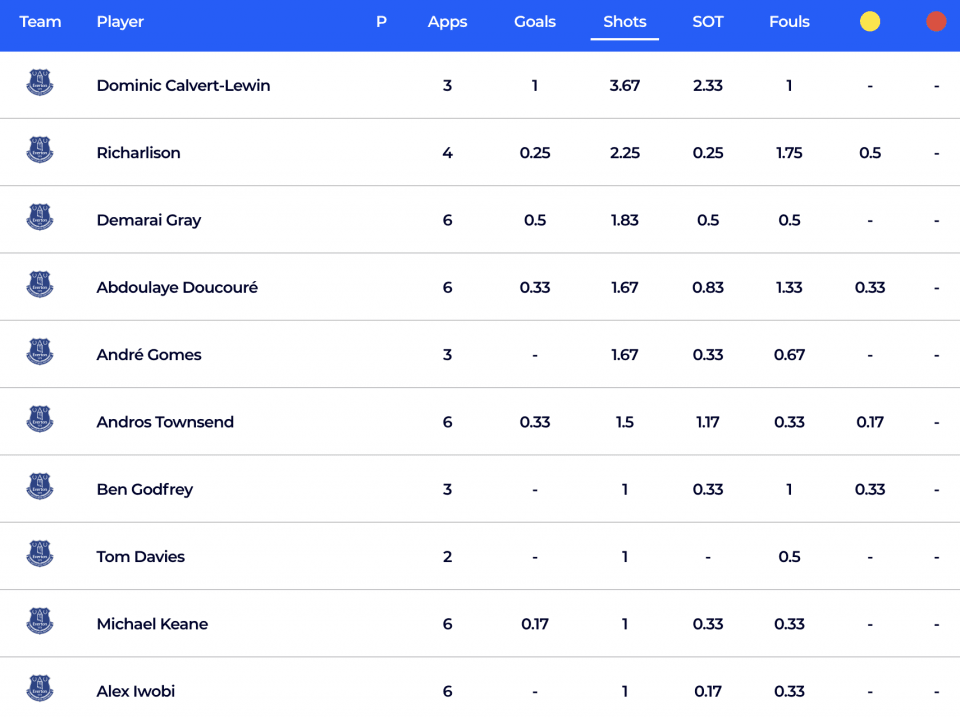 Abdoulaye Doucouré has enjoyed a sensational start to his season and ranks third in the shots department for Everton with 10 overall. Exactly half of those have been on target, with two converting to goals. Brimming with confidence and hoping to add to his already-impressive haul early on, I think the 28-year-old could be a shrewd pick for 1+ or 2+ SoT at Old Trafford. 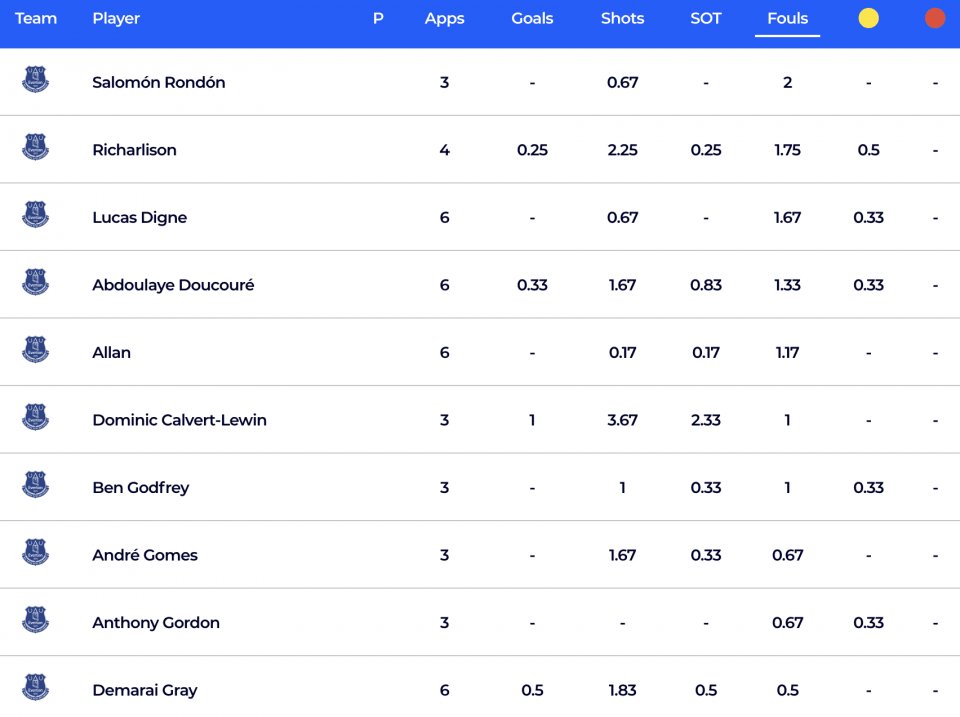 Lucas Digne has committed 10 fouls in six league games this season (1.67 per game avg.), topping the list of Toffees players in this department. Up against the blistering pace of Mason Greenwood on United’s right hand side, it wouldn’t be at all surprising to see the Frenchman commit a number of fouls in an attempt to contain the young England international. Digne has already seen yellow twice in 2021/22 and could well be primed for another booking this weekend.