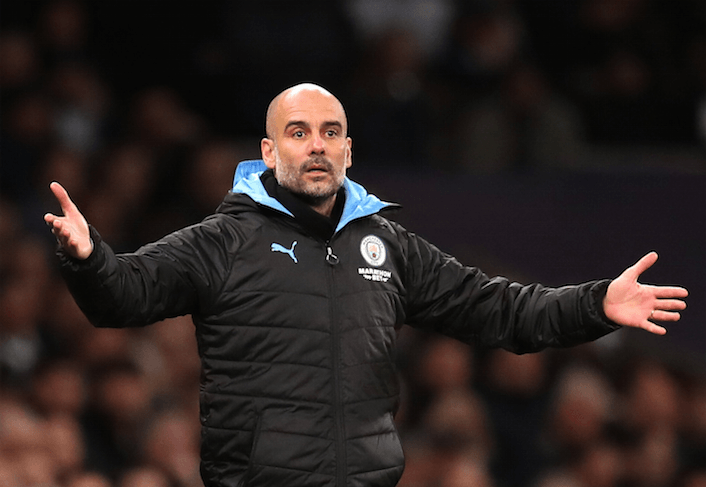 Manchester City welcome Everton to the Etihad in one of two games this Sunday. Pep Guardiola's side will be looking to make it two wins from two in the Premier League following their 2-0 win over Man Utd before the international break, while Everton enter the match in dismal form - without a win in the league since September.

No surprises to see the hosts heavy favourites to clinch three points, then, priced as short as 1/7 in the outright market while Everton can be found at a huge 18/1 for the win. We've taken a look at both sides' stats here to see where the value could lie if you're having a dabble on the game. 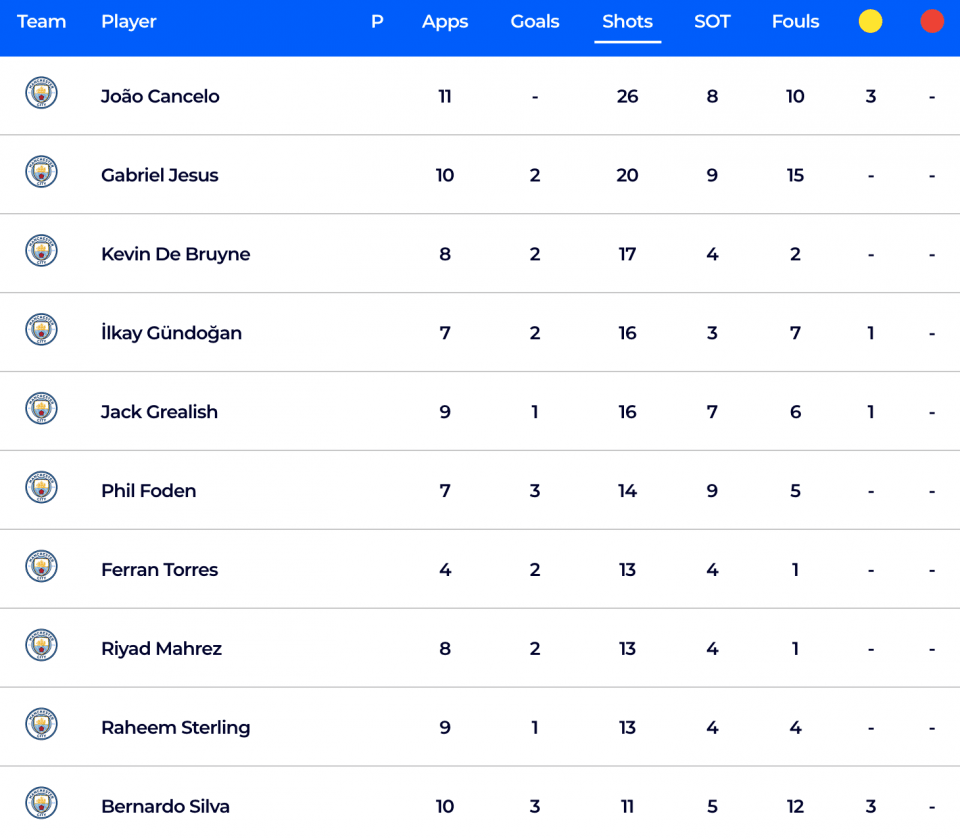 Joao Cancelo continues to show just what a talented asset he is for City, with his performance in the Manchester derby absolutely show-stopping. The Portugal international ranks highest for shots at goal this season with 26, with eight of those landing on target.

Cancelo is my play for 2+ shots on target in this one. Everton are looking dangerously open at the moment - conceding nine goals in their last five games - so I think City will find no issues in peppering Jordan Pickford's goal and the forward-thinking Cancelo should be at the forefront of that. 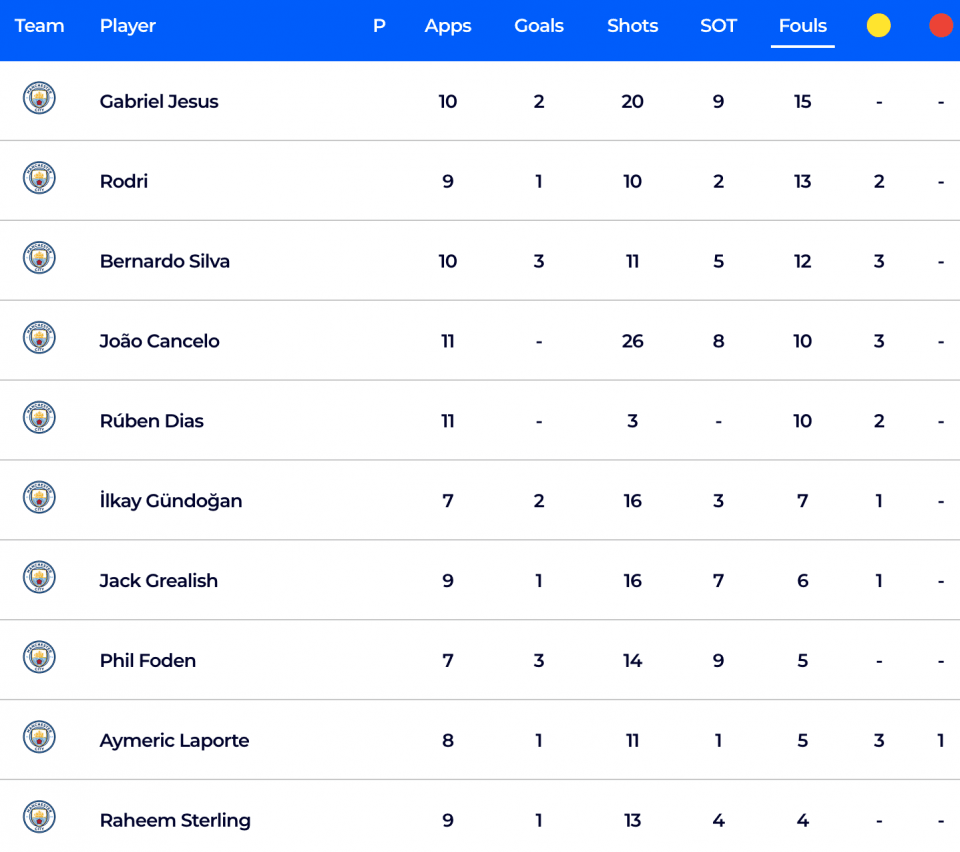 Bernardo Silva has been one of City's standout performers this season, scoring three goals, but he is somewhat of an unassuming character when it comes to bookings. The 27-year-old has committed 12 fouls in the PL so far and tops City's yellow card chart alongside Aymeric Laporte and Joao Cancelo with three bookings to his name.

Up against a physical Everton midfield containing the likes of Fabian Delph and Allan, there could be plenty of opportunities for Silva to get embroiled in a tasty tussle, potentially resulting in a card. 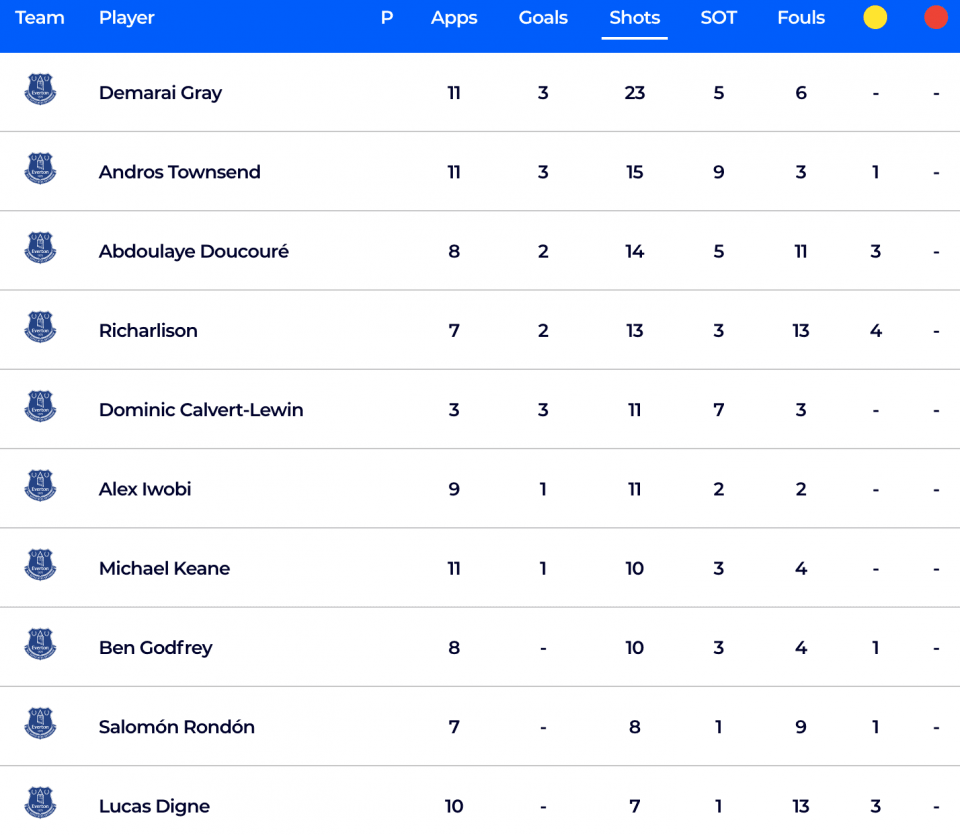 With the likes of Demarai Gray and Richarlison so short in the shots/goals markets, I'm looking elsewhere to try and find some value. Ben Godfrey's stats stand out; the Toffees defender has registered 10 shots on goal this season with three of those testing the keeper.

The Englishman is a towering presence at set pieces and the first player Everton look for when taking corners/free-kicks. With City expected to dominate possession this could be one of the only ways the visitors will be get to score, therefore backing Godfrey for 1+ shot on target at the Etihad is my chosen angle here. 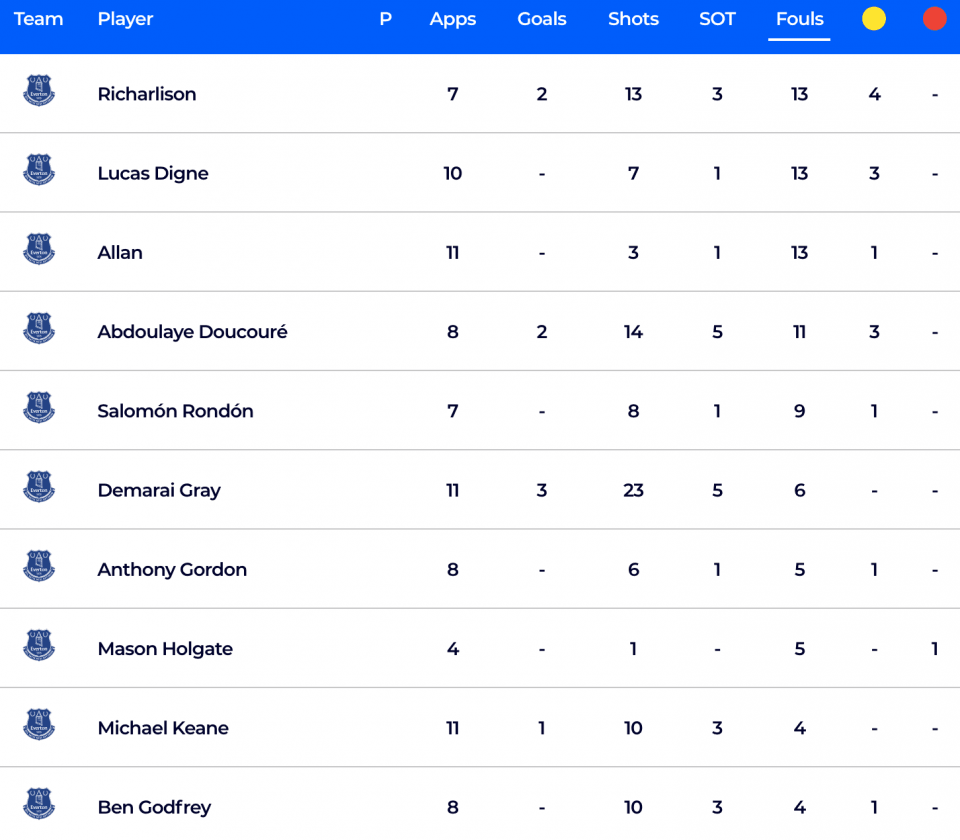 Everton's main attacking threat, Richarlison, will look to probe City's defence on Sunday but could easily become frustrated with the lack of opportunities he finds up against such an organised team. The Brazilian tops Everton's chart for bookings this campaign with four to his name, while he has also committed more fouls than any of his Blues teammates with 13.

The temperamental South American looks primed for another card this weekend, especially if the game-script plays out as expected and he becomes frustrated with a lack of chances in the final third. Backing him for a booking seems like it could be a good shout.