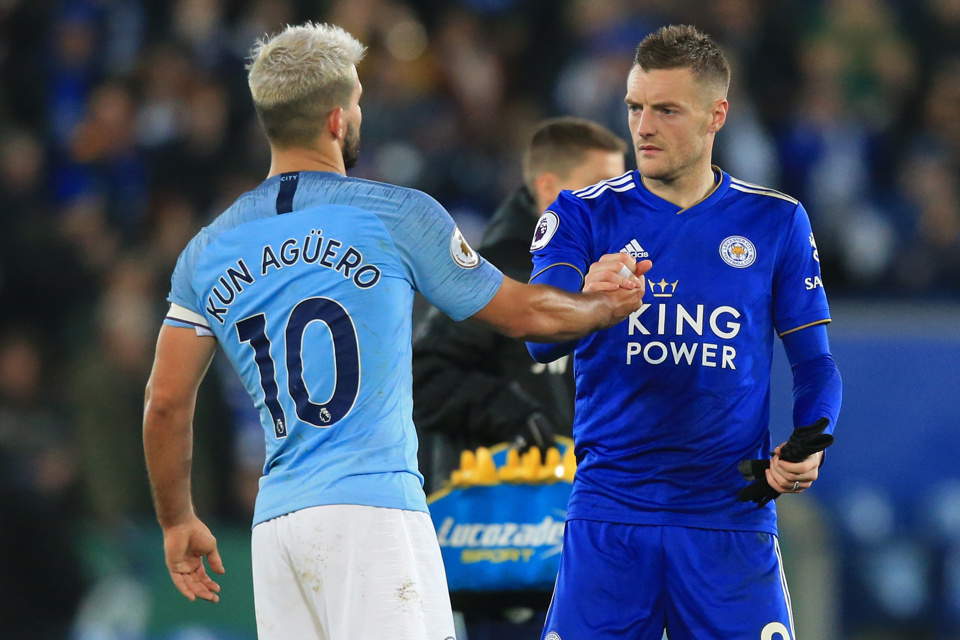 It is a fixture that just ten years ago would have meant little to the neutral but, in 2020, it is now an eye-catching clash between two of the Premier League’s strongest sides, and one that is difficult to call.

It is a match which on the face of it promises to be cracker, considering both teams’ personnel and current league standings. Indeed, the real battle that everyone is gearing up for is undoubtedly Jamie Vardy v Sergio Aguero.

Both players are the lifeblood of their respective sides, so focus will be on them to provide the quality in front of goal this weekend. The history books suggest that this will be the case, too, with Sergio Aguero boasting a superb record against the Foxes (five goals in seven appearances). The same can be said for Vardy, who has an impressive history in this particular fixture having scored six goals in ten appearances against the Sky Blues.

It is no secret that Vardy is currently struggling for form at the minute, though, failing to score in his last six games. In fact, the last time the 33-year-old did manage to find the net was in the reverse fixture of this tie on December 21, when he scored the Foxes only goal in a 3-1 loss at the Etihad.

Aguero has also hit somewhat of a dry spell in recent weeks, albeit a much smaller one compared to his counterpart from Filbert Way. The Argentinian was in terrific form across the festive period and heading into the new year - scoring seven goals in four games for the Cityzens following a lengthy absence out with a muscle injury; form which saw him reemerge as a favourite for the Premier League’s Golden Boot award at the end of the campaign. However, Aguero’s last goal came on January 21 and he has now failed to forge an opening in City’s last two league games against Tottenham and West Ham.

Fortunes could well change for both players on Saturday evening, which adds an element of added suspense to a fixture which is already highly anticipated. With Vardy (17) now just one goal ahead of Aguero (16) in the Premier League’s top goalscorer charts, the Foxes marksman could either pull away from the South American with a goal on home soil, or find himself drawn level - potentially even surpassed - by him should he fail to score for the seventh consecutive game and Aguero manages to find the net.

Indeed, the bookmakers seem to favour the Manchester City front man ahead of this one. Aguero is currently best priced to score first at odds of 7/2 with Unibet, 888sport and bet365. Meanwhile, Vardy is priced at a much higher 11/2 to break the deadlock with Unibet. Aguero’s betting odds to net anytime on Saturday are 5/6 (Paddy Power), while Vardy is 13/8 (BetVictor).