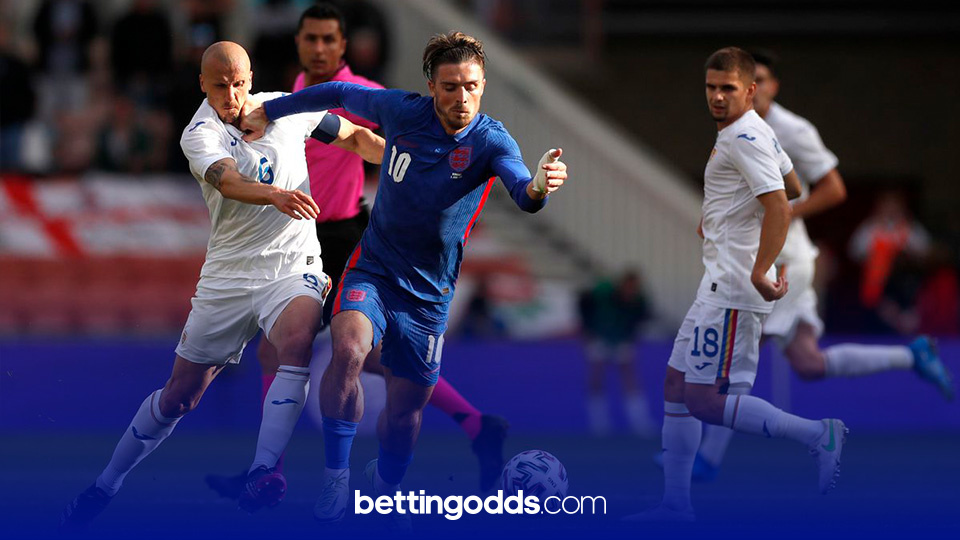 It's the final of Euro 2021 this Sunday and, amazingly, England will be a part of it for the very first time!

The Three Lions have been hugely impressive throughout the tournament, conceding just one goal since June 13th. They face an Italy side here who have been equally as terrific, however, in a game that looks impossible to call on paper.

We've have a good go at snaffling out some potential value by assessing the key figures from both sides' campaign so far, with our final Cheat Sheets of Euro 2021 listed below. 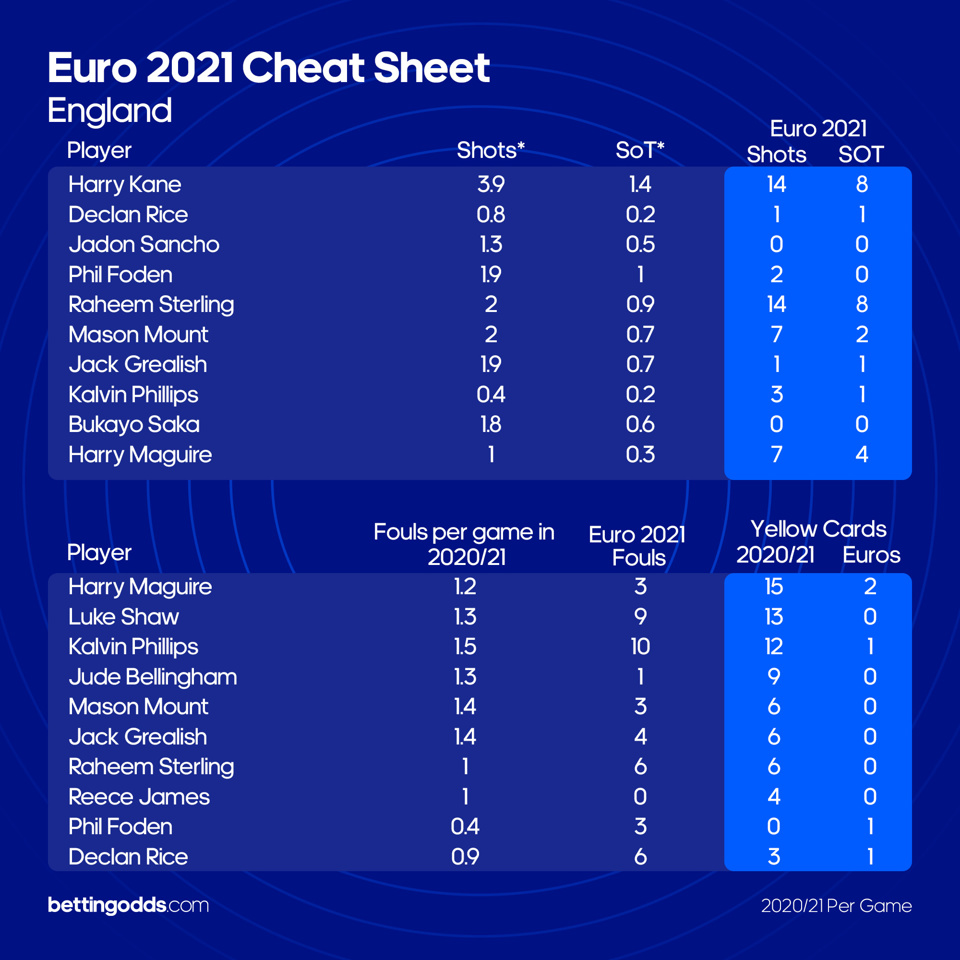 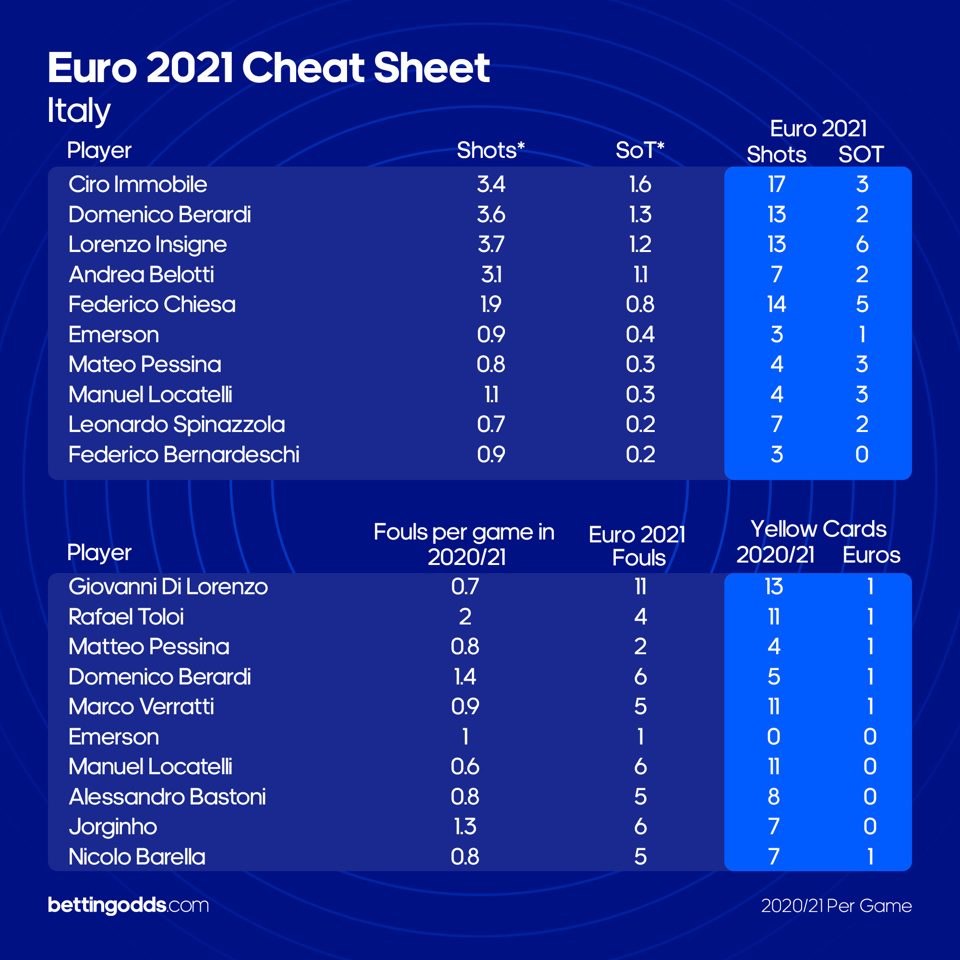 Harry Maguire has enjoyed a terrific Euros campaign, so much so that he finds himself among the favourites to win Player of the Tournament. The Manchester United defender has scored one goal and kept three clean sheets from his four outings at Euro 2021, but he is also England's most-carded player at the tournament with two yellows.

Last season Maguire amassed 15 bookings in all competitions, and due to the tough-tackling nature of his game is never too far away from the referee's notebook. Up against the handful that is Ciro Immobile and pace of Federico Chiesa coming in from out wide, it wouldn't be too surprising to see the 28-year-old pick up another card in this one, which is a best-price 5/2 with bet365.

Onto the shots now and I think Federico Chiesa is hugely overpriced for 2+ shots on target. The Juventus winger has been in sensational form for Italy this summer, clinching UEFA's 'Star of the Match' award on two separate occasions. He was immense against Spain, scoring the opener and registering two shots on target at Wembley, so I really am a little surprised to see him at 4/1 to repeat that against England.

Chiesa has registered a mammoth 14 shots (5 on target) at the Euros so far and will enter this game brimming with confidence, lending plenty of appeal to the price on offer from Paddy Power.

Combining these two selections pays 17/1 at the time of writing. Good luck if you choose to follow and please remember to gamble responsibly! 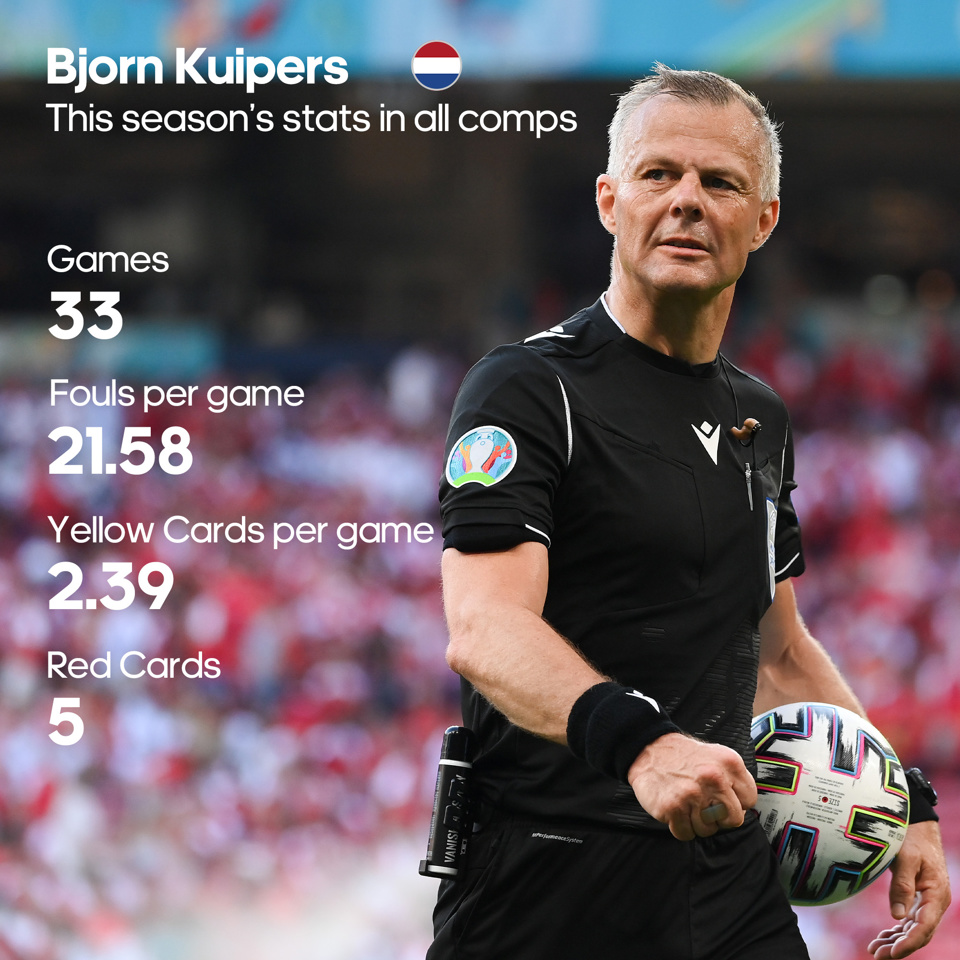