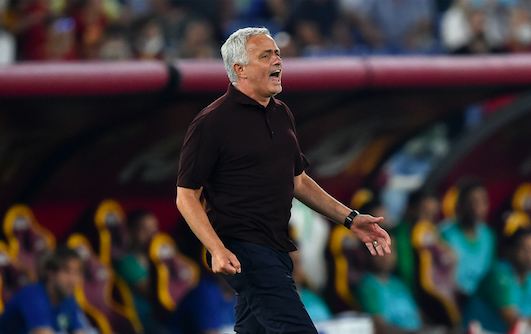 Will Jose be celebrating another piece of European silverware on Wednesday night?
By Adam Roberts
14:01 Tuesday 24th May 2022 - 5 minute read

With the end of the major European domestic league seasons, we move onto the stellar end of season European showpiece finals. Here we have the inaugural Europa Conference League final, between Italian Serie A's Roma and the Netherlands Eredivisie side Feyenoord. We've asked our in-house tipster Adam Roberts to take a look into the stats and pick us out a featured bet-builder for this massive occasion. It pays a little over 45/1 at the time of writing with Paddy Power...

These two sides have only played each other twice, despite their long European histories. Roma defeated Feyenoord in the round of 32 Europa League tie, thanks to two goals from Gervinho and one from Adam Ljajic, cancelling out Feyenoord goals from Colin Kazim-Richards and Elvis Manu.

Roma didn't progress much further however, losing 4-1 on aggregate to fellow Serie A team Fiorentina in the next round. 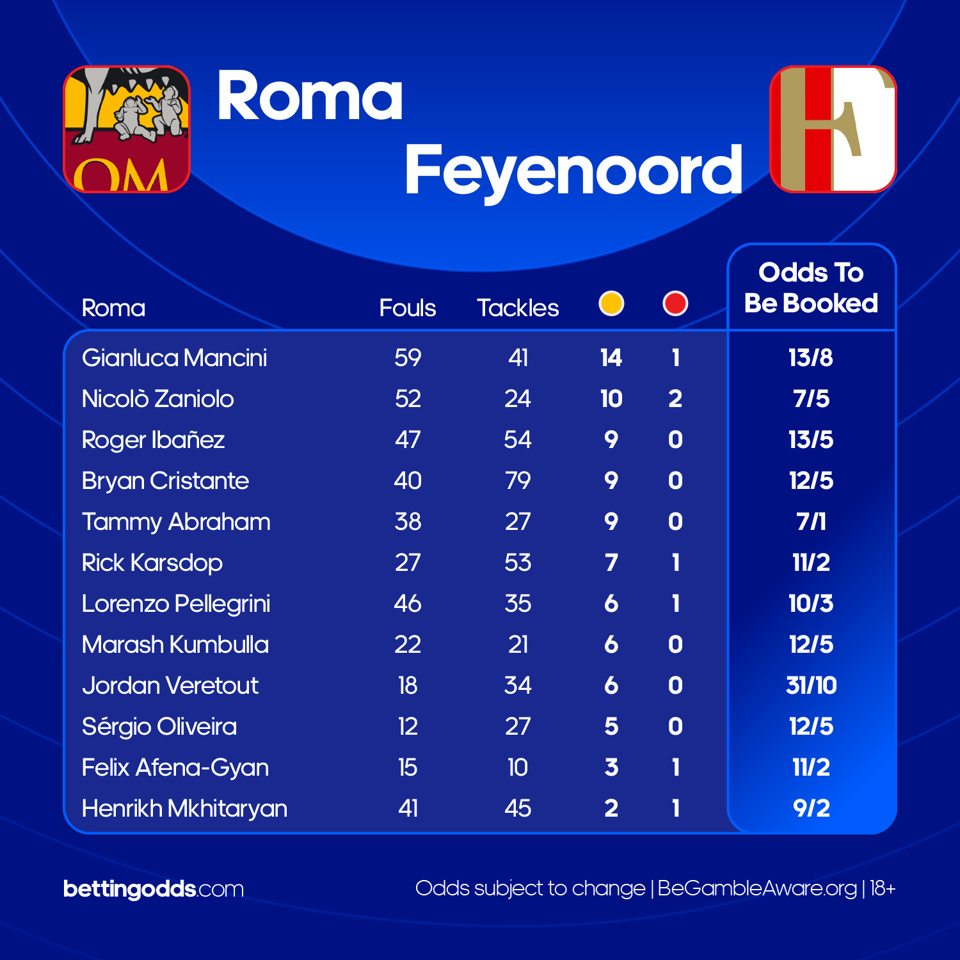 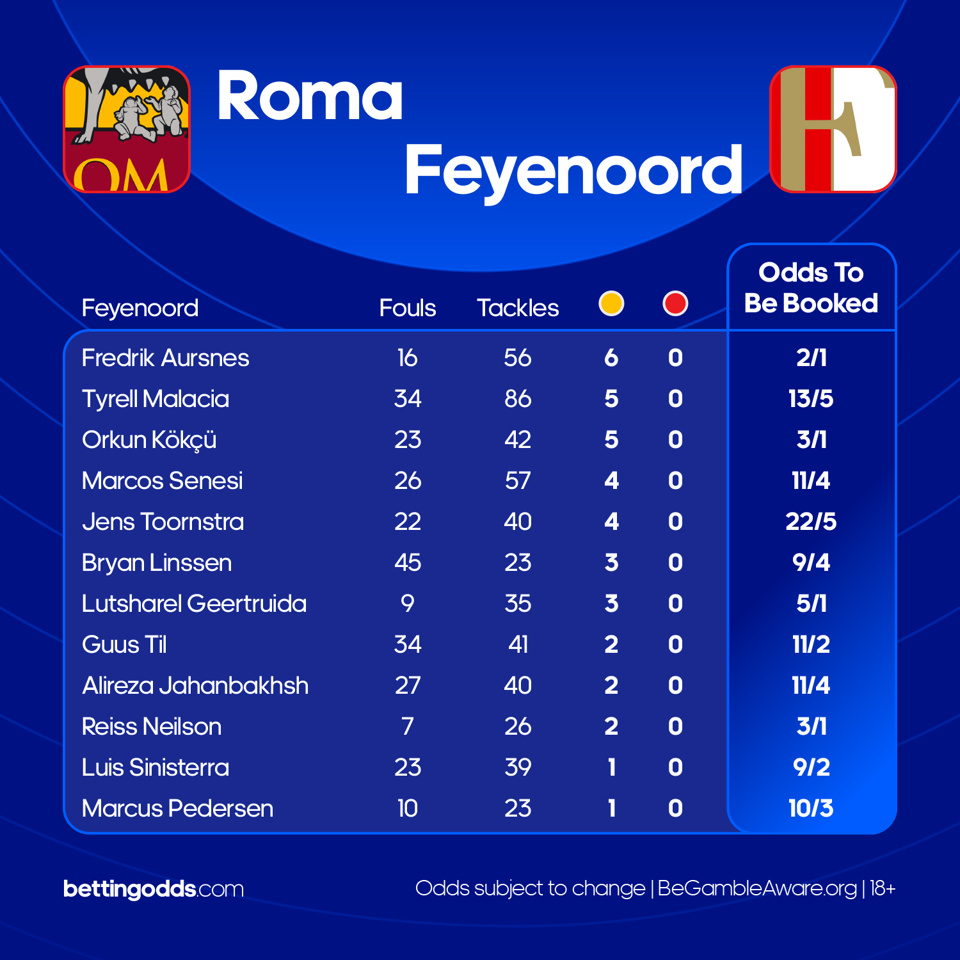 We start as usual in the To be Carded market and it's no surprise here that it's the Italian side that dominate. After all, Roma have picked up a colossal 117 yellows and nine reds in all competitions this season under Jose Mourinho. They rank second for cautions in the whole of Serie A and whilst that is a notoriously card-happy league, it's only when we compare it with Feyenoord that we see how stark the difference is. De club aan de Maas have picked up just 55 yellow cards and zero red cards.

With that in mind we find the two Roma players who are in double figures for the season at the top of the betting and only just odds-against. Gianluca Mancini has 14 yellow cards, which is perhaps more understandable from a centre back, but its Nicolò Zaniolo who is our first selection.

The 22-year-old Italian international has had a hugely frustrating start to his fledgling career, suffering two ACL injuries and missing huge chunks of previous seasons. He is finally getting a good run of games together but the goals haven't really followed. Whilst his strike partner Tammy Abraham has bagged 17 Serie A goals, Zaniolo has scored just twice, despite letting off a whopping 70 shots. As well as that, his high intensity and physical game has led to multiple bookings, with 10 in the League and another two in this competition. On a night of high emotions, I can see him getting in trouble again.

Another man who is fond of a yellow is Feyenoord midfielder Guus Til. The 24-year-old Dutchman has had a fine season, scoring 15 goals in the Eredivisie, 5th in the league overall. The combative Til is ranked 2nd in the squad for fouls, but has only accumulated two cautions in the league. In the Conference league however, he has picked up another three in just nine appearances. He's 11/2 to see another here at Paddy Power, yet is as shoprt as 10/3 elsewhere. 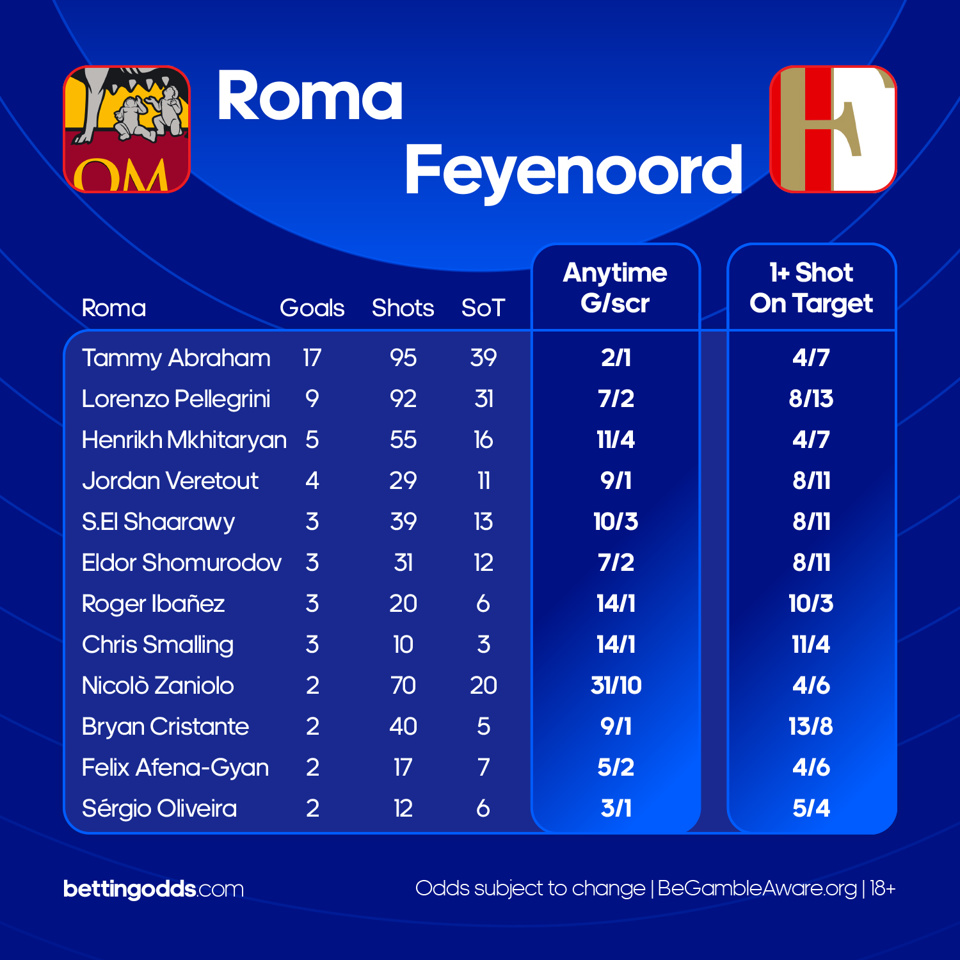 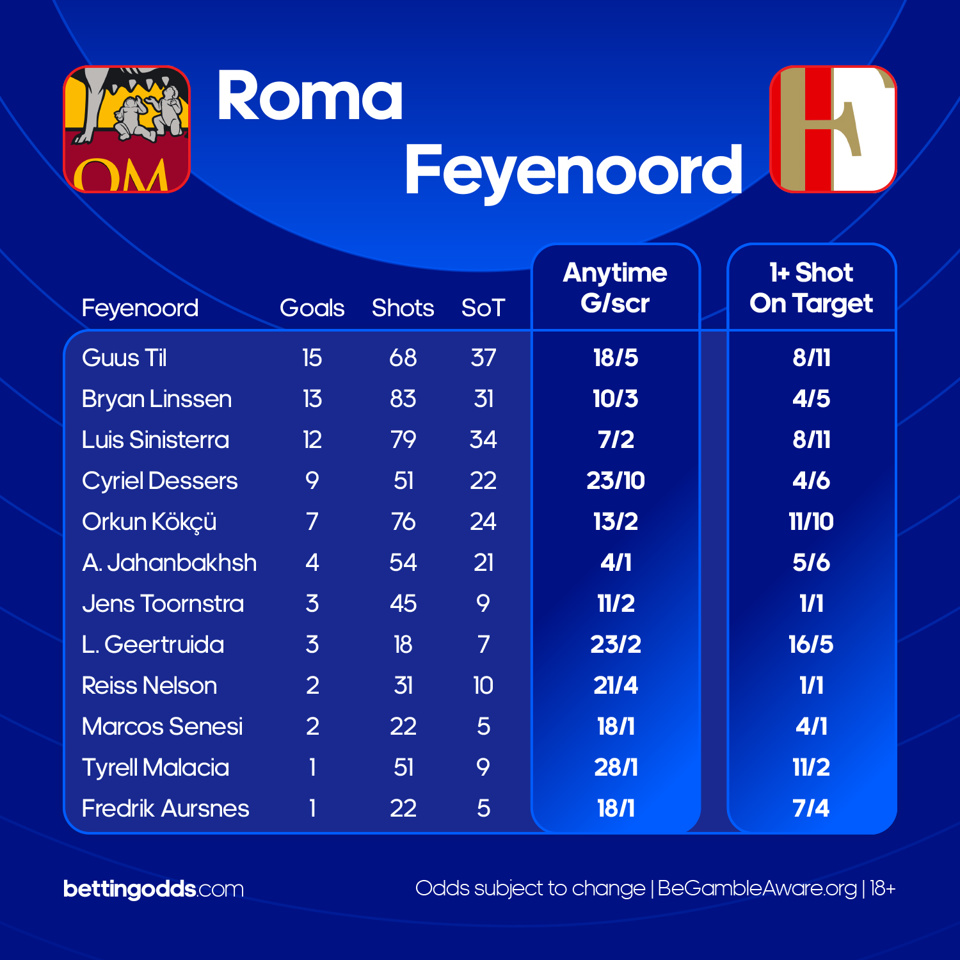 We move into the shots and goals markets and it's no surprise to see Abraham head the markets here. He's as short as 2/1 to score in 90 minutes and 4/7 to register a shot on target. That's a little short for my liking, as are the numerous Roma players odds-on to get a shot on target. Therefore, I'm attempting some value by going for young Feyenoord midfielder Reiss Nelson to register one.

The 22-year-old Englishman is on loan from Arsenal and has had a great season in Holland. He's registered six goal involvements in just 10 starts in the league and has another goal in his six appearances in Europe. He's likely to be playing as part of a front three here alongside Cyriel Dessers and Luis Sinisterra and this gives him the platform to let off shots. Nelson has taken 31 shots this season and hit the target with 10 of them. He's even money at bet365 to register one on target tonight at the time of writing but may be bigger elsewhere on the night.

Combining these three stats-based picks at Paddy Power gives us a whopping 45/1 shot using their bet-builder algorithm. It's as low as 25/1 at bet365.

You can load the slip directly using the link below.

Guus Til & Nicolò Zaniolo to be carded, Reiss Nelson 1+ shot on target
45/1
Odds correct as of 2022-05-24 13:55 Odds subject to change.
Opt-in
Sign up for market leading stats and exclusive expert picks delivered to your inbox from next season
Click to sign up to receive tips
By clicking opt-in you agree to our privacy policy and terms and conditions below
Opt-in
Your Details
Complete your details below to enter:
Full Name
Email
SUBMIT
Please fill in both your name and email
Opt-in
SUCCESS!
Thank you for your submission.