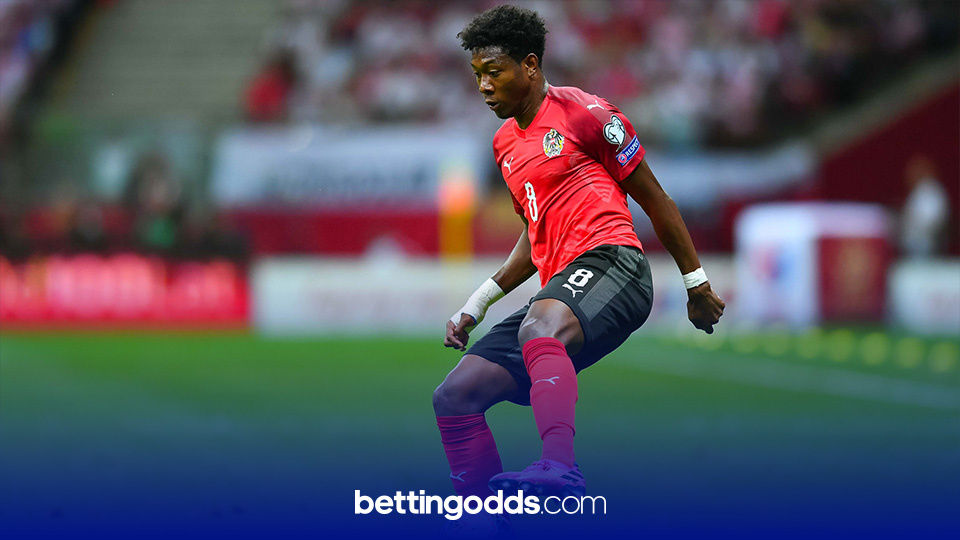 England’s preparations for this summer's European Championship commences at the Riverside this evening as they welcome Franco Foda’s Austria.

England seem to perform best when the pressure is off, as is the case tonight, best illustrated by the fact that they have won all of their last six friendlies by a total scoreline of 14-1. Visitors Austria have proven to be worthy opponents as of late, though, only losing one of their last nine fixtures and boast some talented players. However, the hosts are clear favourites at 1/2 and staggeringly have won 99% of their fixtures when priced accordingly.

With little rest bite at the end of the most hectic of seasons Gareth Southgate could be forced to rest some of his big hitters as Champions League finalists John Stones and Kyle Walker are expected to miss out, whilst Manchester United’s captain Harry Maguire is also unlikely to feature. This provides a welcome opportunity for those on the fringes of the squad to make their case to England’s supremo as the likes of Kieren Trippier, Jude Bellingham and Jack Grealish are all expected to feature from the off.

Friendlies are notoriously drab affairs and given that there is the small matter of a major tournament just days away, I cannot see this one getting too heated.

England have not picked up any cards in their last three friendly games - there has been precisely zero in two of those fixtures - as this bet has landed in two. In fact, the Three Lions have accumulated just four cards over their last six games as this bet has landed in half. In Austria’s most recent game there was only one card brandished so at odds against I think this is worth a go.

Players that ply their trade in Europe and play for lesser nations often shine on international duty. For example, Oleksandr Zinchenko plays as a number ten for Ukraine, Gheorghe Hagi took everyone by storm in the 98 WC and Jesper Olsen fired Denmark to the knock-out stages of the 86 WC. In 2014, Joel Campbell shone as Costa Rica reached the final eight in Brazil and you would also have to put Zlatan Ibrahimovic - Sweden’s all time top goalscorer - in this list.

I also think David Alaba stakes a claim. He has recently swapped Bavaria for Madrid and captains his nation. His last seven appearances for Das Team have seen him play in a host of positions which include his native left back, central midfield and as a left winger. During which time he has racked up nine shots - an average of 1.3 per game - as this bet has landed in five of those fixtures!

Odds wise, Sky Bet have him posted at just 1/3 for him to register a shot this evening whilst William Hill have two shots priced at 13/10. This, combined with the underlying data, makes it a worthy punt.

I also want to bring some of Alaba’s other prices to your attention with Betfair and Paddy Power. They have him at 5/1 to register a shot on target - the same bet is as short as 6/5 elsewhere - and Alaba to have two shots is 11/2.

Austria’s captain has had two or more efforts in three of his most recent seven international appearances, he has also hit the target in over 70% of these games.

As leaned on previously, England appear to perform best when the pressure is off and have an incredible record in their recent friendlies. In all competitions, 73% of their last 15 victories have seen them leading at the interval as well as winning the second half. In said games the Three Lions have averaged less than a card a game.

You can combine England to win in both halves with the game to feature exactly zero cards by using Bet365’s ‘Bet Builder’ feature at odds of 20/1 which should provide some interest.