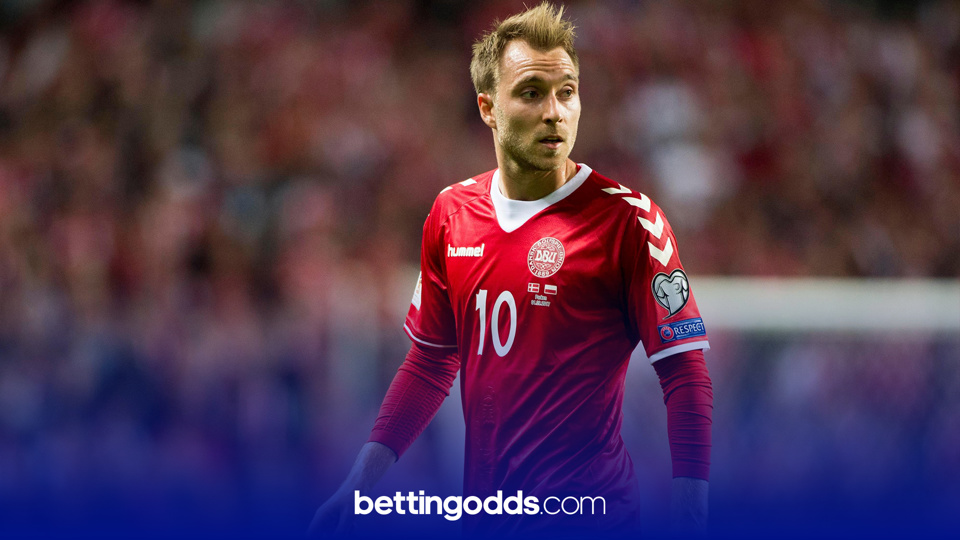 Denmark shocked the world back in 1992 when they managed to win the Euros despite not even qualifying for the tournament. Yugoslavia were kicked out of the tournament 10 days before it began which meant the Denmark team were placed into the Euros on short notice. Despite the short notice Denmark came prepared and qualified for the knockout stages despite only winning one game in their group and the rest is history.

Though the odds for Denmark to win the Euros won’t be as big as 92, they’ll still be looking to cause a big upset by going all the way. They’ll be playing Finland in their first game who will be  playing their first ever game at the European Championships which gives them something to fight for. It’s no surprise to see that Denmark are the favourites for this matchup but who knows what will happen for Finland in their Euros debut. 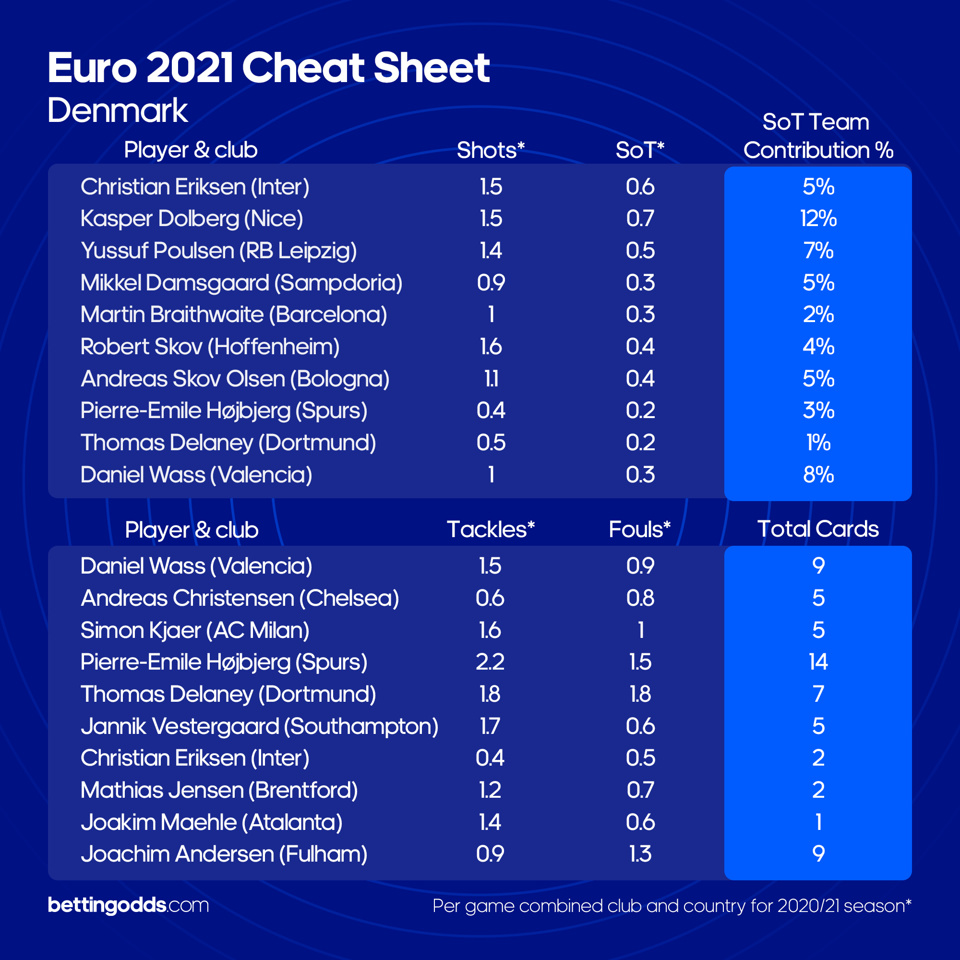 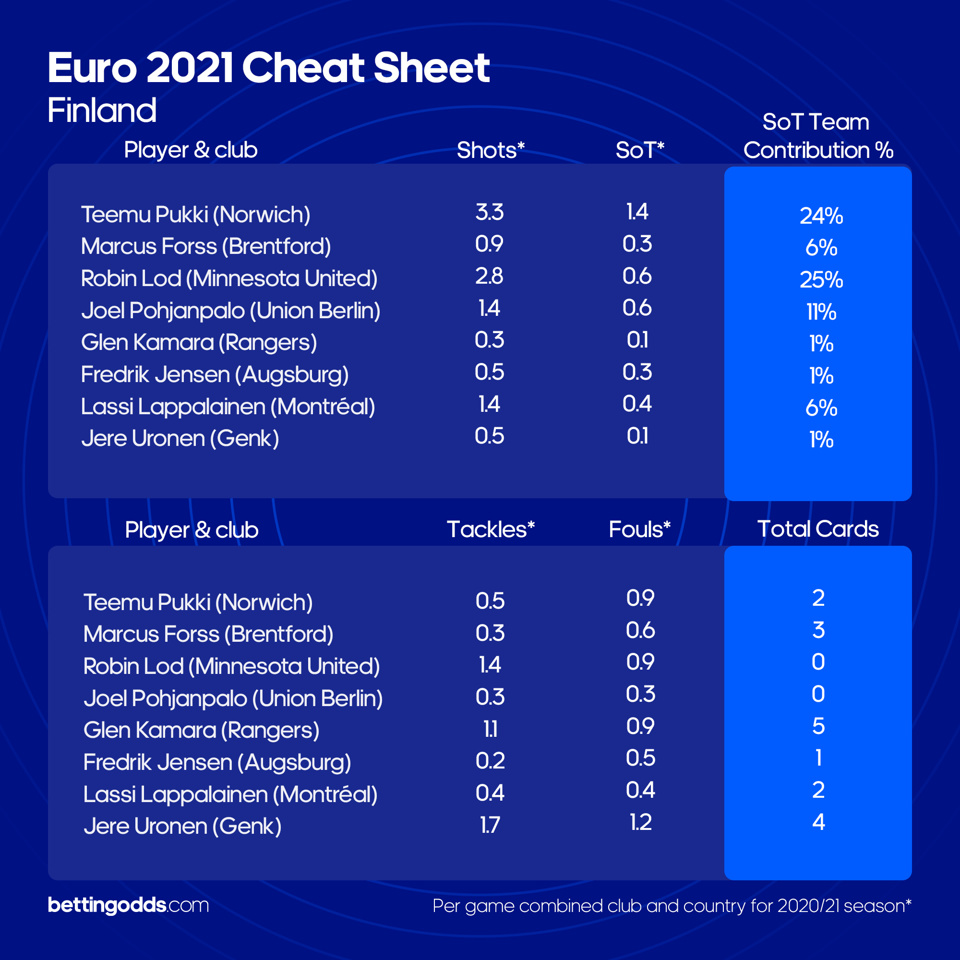 There’s no better man to lead the Finnish line than Teemu Pukki who is a man I’m sure most football fans will be familiar with. Pukki has been leading the line for Finland for a while now and has recently become their most prolific scorer in the history of the nation scoring 30 goals in 91 games. Pukki has also enjoyed another stellar season with Norwich where he recorded 26 goals in 42 games and registered 4 assists. Shots on target is where Pukki has been thriving this season where as you can see in the cheat sheet, he is averaging 1.4 shots on target a game which is an insanely high number and clear of anyone in the Finland team.

Christian Eriksen is the stand out player for Denmark and has been for a while, he’s currently in second for the most goals for the Danish national team scoring 36 times in 108 games and picking up 24 assists in that time. When it comes to betting on Denmark he’s definitely worth a look at in the goalscorer market as you can still get a very decent price on him to score anytime (13/5). If you aren’t looking for a goalscorer bet then you might consider his shots on target where he is currently averaging 0.6 a game for club and country in 2021, most of which have come from outside the area.

And finally there’s no better man for a booking in these two teams than Pierre-Emile Højbjerg who has been a key player for Spurs recently. Højbjerg has picked up a solid 14 bookings which is the most of anyone in these two teams and is also averaging the most tackles per game at 2.2. He’s normally a short price to be booked when it comes to Premier League games so it will definitely be interesting to see what prices are quoted for him to pick up a booking against Finland with his averages being so high.