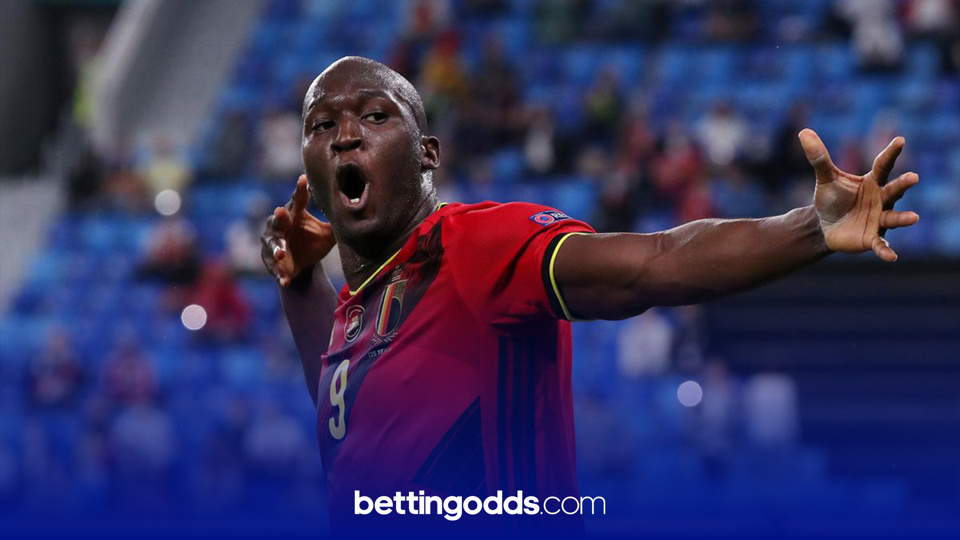 After a really difficult opener which was consumed by the collapse of Christian Eriksen, Denmark face another huge challenge against Belgium on Thursday.

With the Inter Milan playmaker now in a stable condition, full focus returns to the tournament and the Scandinavians will be desperate to get some points on the board to ensure qualification to the last-16, whether it be as group runners up or as a best-performing third-placed team.

Belgium were tipped by many to go the distance before the tournament and their rampant performance over Russia only strengthened their cause. A 3-0 victory over the Eastern Europeans sees Roberto Martinez's side top Group B and they will feel confident in their chances of making it six points from six over a Denmark side who were beaten by minnows Finland on Saturday. 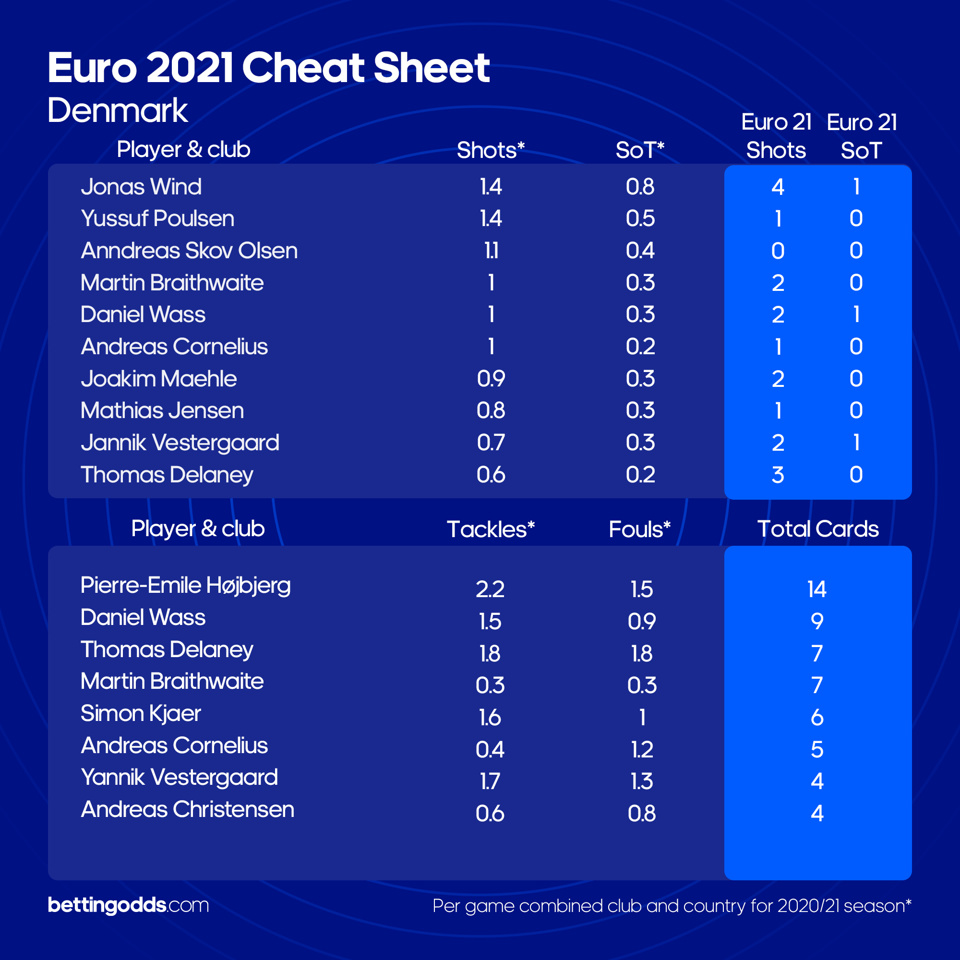 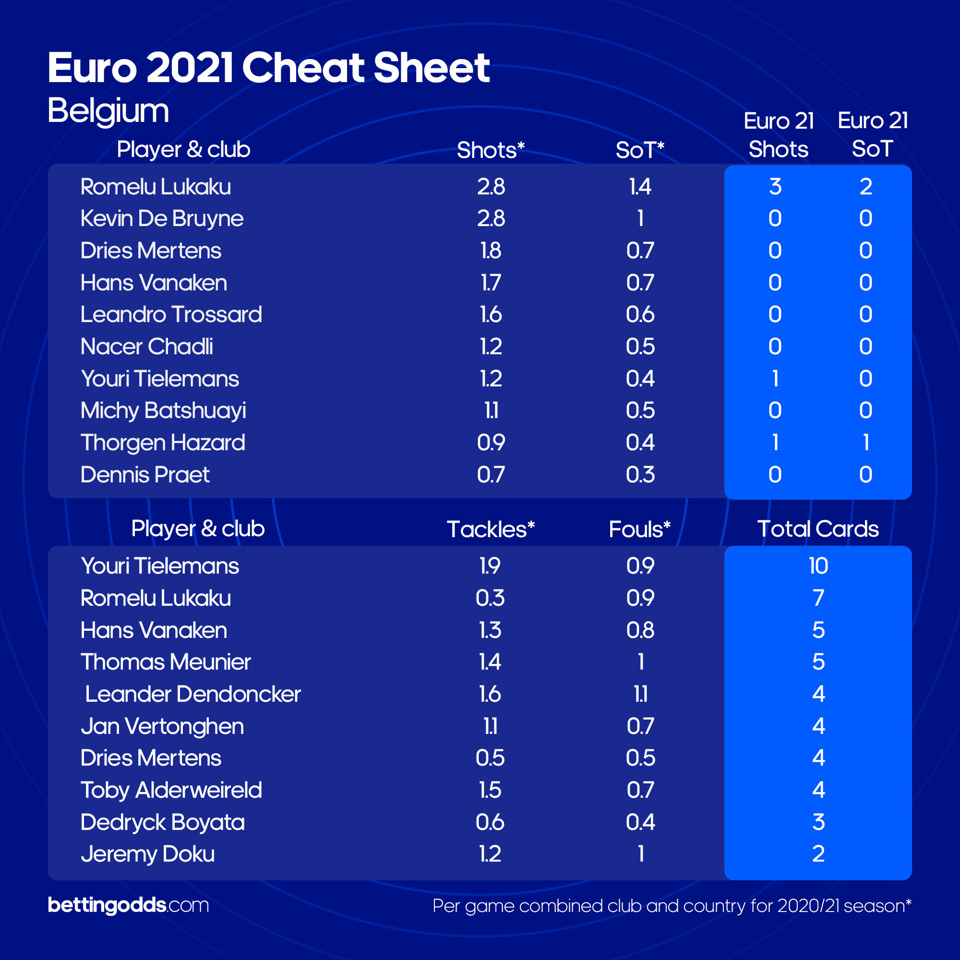 The main take from looking at the statistics is the amount of shots Denmark took against Finland. While they may have narrowly lost the game they peppered the Finnish goal, with nine of their players taking at least one shot; six of them taking two, and two of them taking 3+! Unfortunately, only three of those amounted to a shot on target, though, with Pierre-Emile Hojbjerg missing a penalty in the second half which would have levelled things.

And it is Hojbjerg who is undoubtedly the player to focus on in the cards market for this clash. The Spurs midfielder was by far and away Denmark's most-booked player last season, accumulating a whopping 14 yellows in all competitions. Up against a really agile Belgium midfield who are expected to cause plenty of problems, it would come as little surprise to see the former Southampton man work his way into the referee's book.

Romelu Lukaku was heavily backed to be the tournament top scorer and he got his campaign off to the best possible start with a brace against Russia. The Inter Milan forward registered 3 shots overall and finished last season with an average of 2.8 per game, 1.4 of which were on target. With this in mind, backing the ex-Manchester United man for 2+ shots (5/6 with Paddy Power) could be a decent bet for this one. 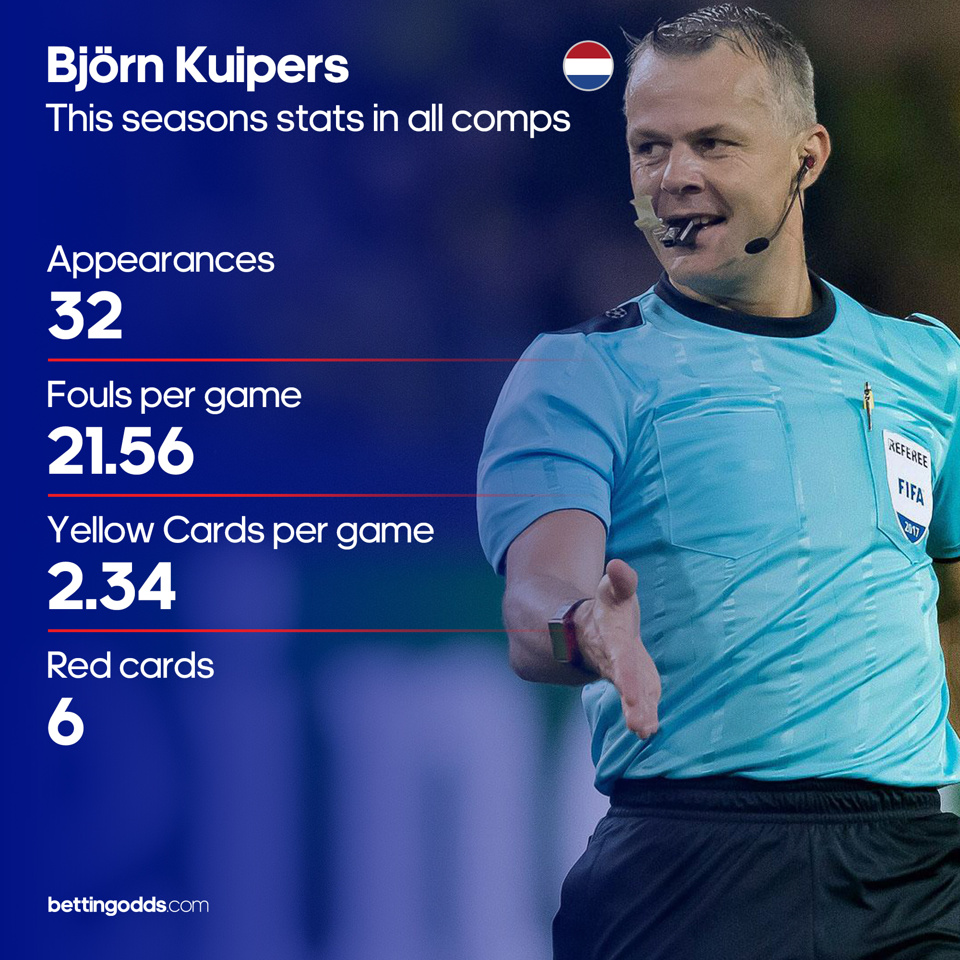