Few people would have predicted Czech Republic to make it through to the quarter-finals of Euro 2021, but after a fantastic win over the Netherlands in the last 16 that is exactly what they have done!

A clash against Denmark is all that stands between themselves and a place in the semi-finals, but the Scandinavians will prove a stern test in Baku. After a rocky start, which saw them lose their best player Christian Eriksen due to medical concerns, the Danes have been superb and thrashed Wales 4-0 in the last 16 to book their spot in this QF showdown.

They are solid 11/10 favourites to win this game in 90 mins, while the Czechs are underdogs at 3/1 in the outright betting. However, as we have already seen, writing them off could prove to be an extremely foolish move.

You can find all of the key stats and betting angles for your shots and card bets in our Cheat Sheets below. 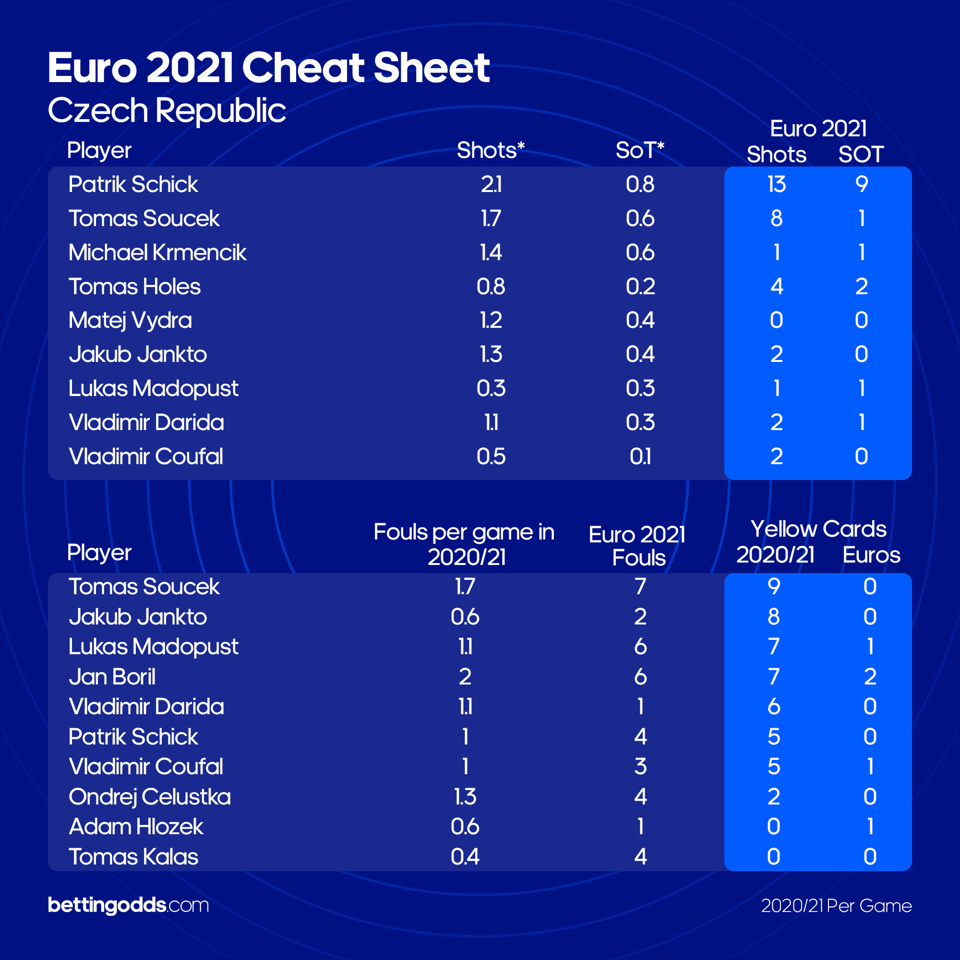 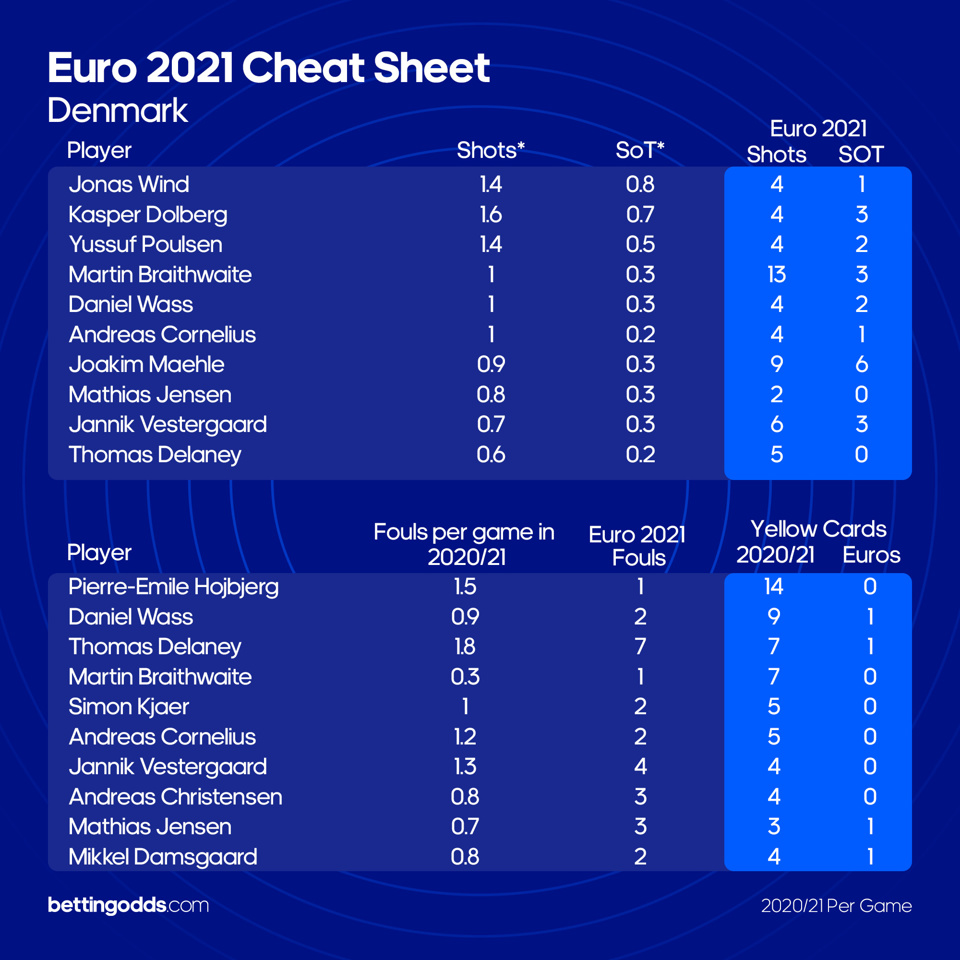 Patrik Schick has been Czech Republic's standout player of the tournament so far and has dominated the shooting statistics for his country with 13, 9 of which have been on target!

The Bayer Leverkusen man has only failed to score in one game at the Euros (vs England) and has seen his price in the Euro top scorer market shorten to 4/1, trailing the five-goal Cristiano Ronaldo by just a single goal heading into this one.

With team momentum high and Schick full of confidence I'm fancying the 25-year-old to find his way onto the scoresheet again in this one, which is currently a best-price 14/5 with BetVictor (anytime scorer).

If you're looking for a bit of a bigger price for your Bet Builder then doubling that selection up with Denmark's Joakim Maehle to register 2+ shots on target would be my suggested play. The roving Atalanta wing-back has registered a whopping 6 shots on target at Euro 2021, two of which have been converted into goals.

He is one of the Danes' best creative outlets, joining the attack the left hand side and could cause the Czech Republic some problems in this one. SoT prices are yet to be released, but when they are I'd certainly be looking towards Maehle.