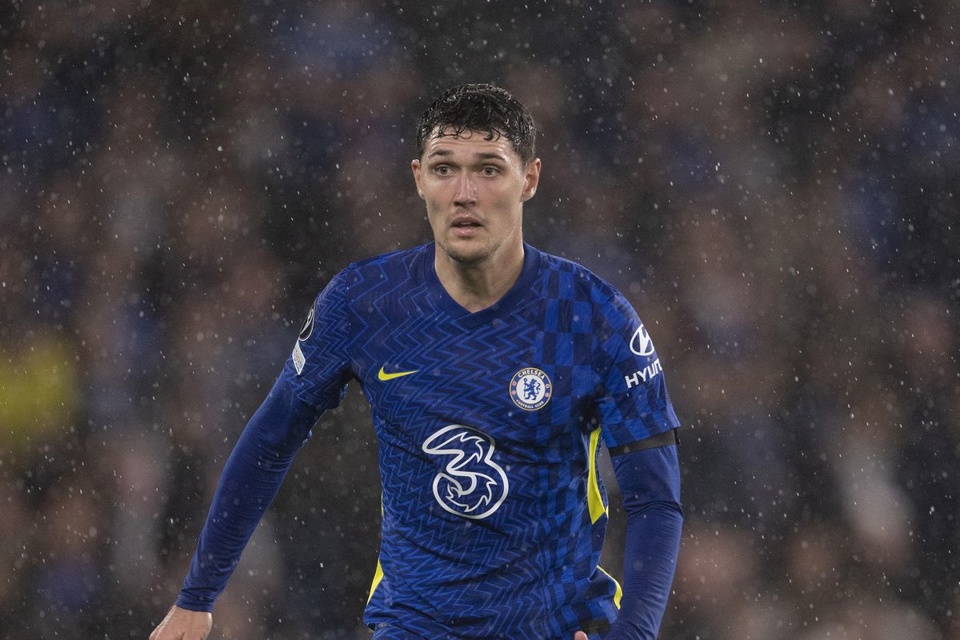 After a memorable international break, the past weekend saw the return of the Premier League, and it did not disappoint.

This time it's the Champions League's turn for a comeback and Group H offers us up a tantalising prospect.

The Blues' loss to Juve in Turin is the real difference maker here, and with only two UCL group games remaining, the outcome of this one appears as if it will decide who finishes top of the pile.

In our Cheat Sheet for the match, we'll be providing you with the leaders across each team in shots, shots on target, fouls and cards, before some suggestions for potential value supported by the stats. 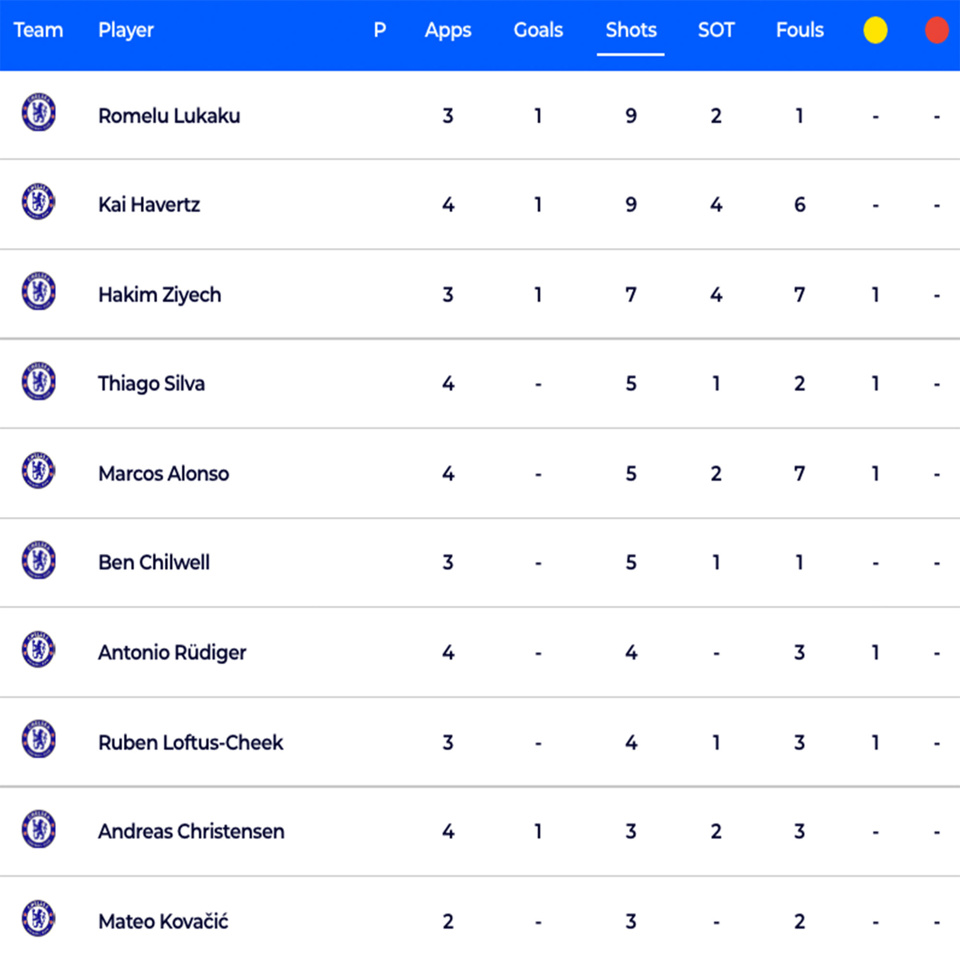 When these two met in September, there were 22 shots in total between the pair. But of these, only two hit the target - one apiece - with Juventus' effort resulting in the game's decider.

For that reason, it's a little difficult to highlight value in this department but if anybody could hint towards it, Andreas Christensen is the man.

The defender has started all four of his side's UCL matches this term; with himself, Thiago Silva and Antonio Rudiger believed to be Tuchel's preferred back three selection for European duty.

In these four starts, the Dane has let off three shots, finding the target with two of them, and netting once.

For a shot on target vs Juventus on Tuesday, Christensen is a whopping 4/1 with Paddy Power! 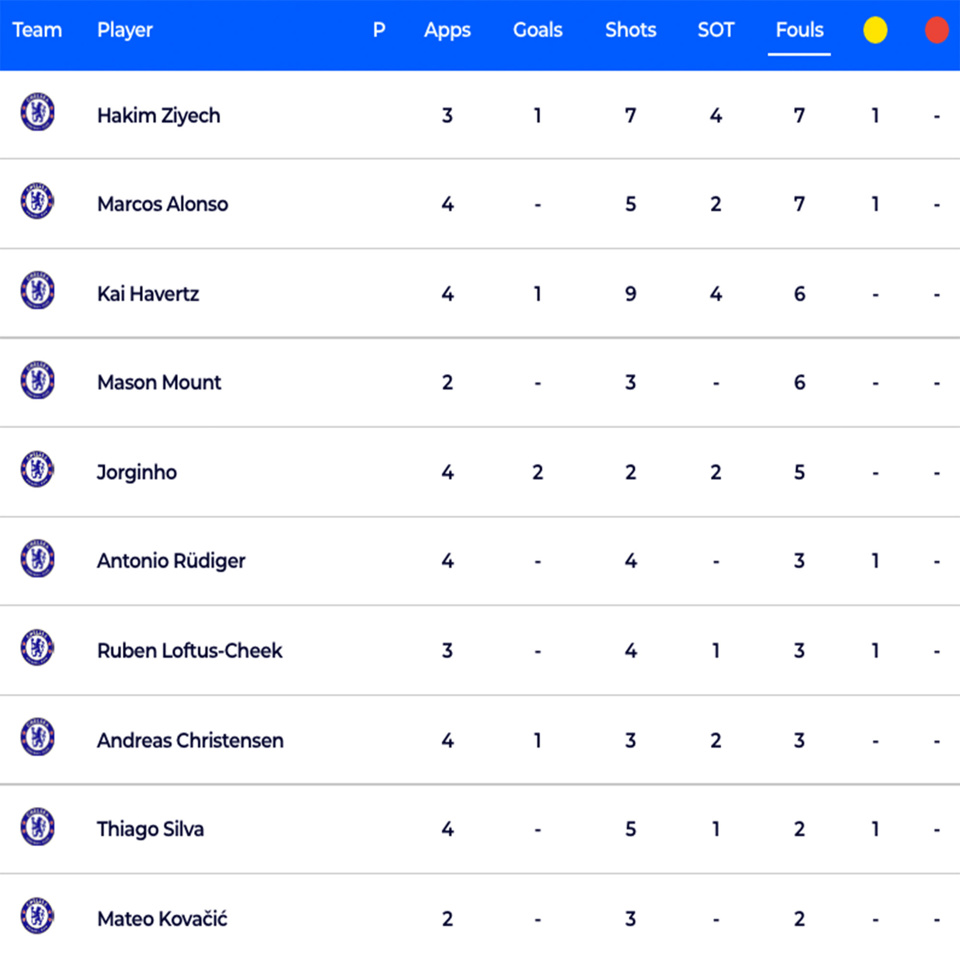 You might be surprised to see Hakim Ziyech's name top of the charts for conceding the most fouls of any Chelsea player.

He rests on seven alongside Marcos Alonso, with the pair both generating a single yellow card each.

Chelsea's high pressing style very much displays itself in the stats, as three of the five main offenders for fouls are attacking players.

Expect the London outfit to suffocate Juventus as high up the field as they can and Ziyech could find himself with a case of deja-vu after picking up his only booking in the reverse fixture. 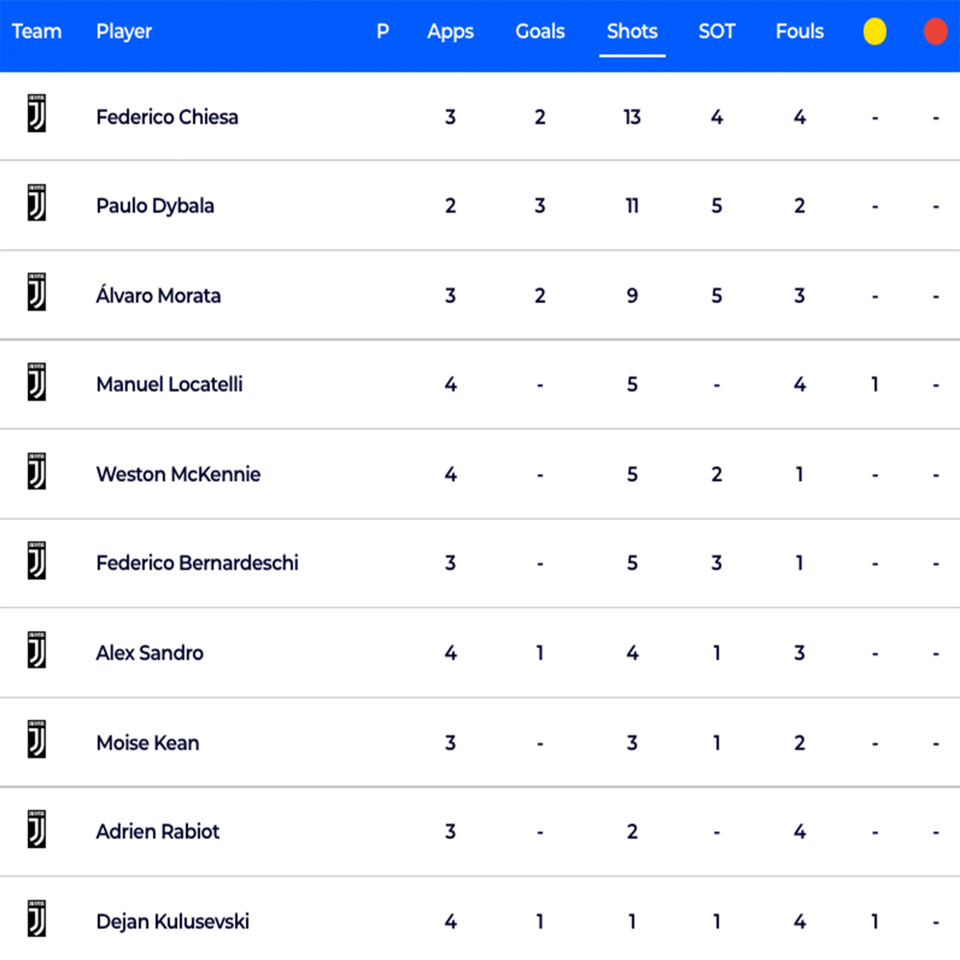 Paulo Dybala netted two goals in his last outing in the Champions League vs Zenit. It's incredibly unlikely his Juve side will have as much joy against such a resolute Chelsea side away from home, but the Argentinian represents much better value than his counterparts.

No player from either team has had more shots on target than Dybala in the UCL so far this campaign. He's found the net twice from five shots on target which is all the more impressive when you factor in him having nine shots in total across his three appearances in the competition. 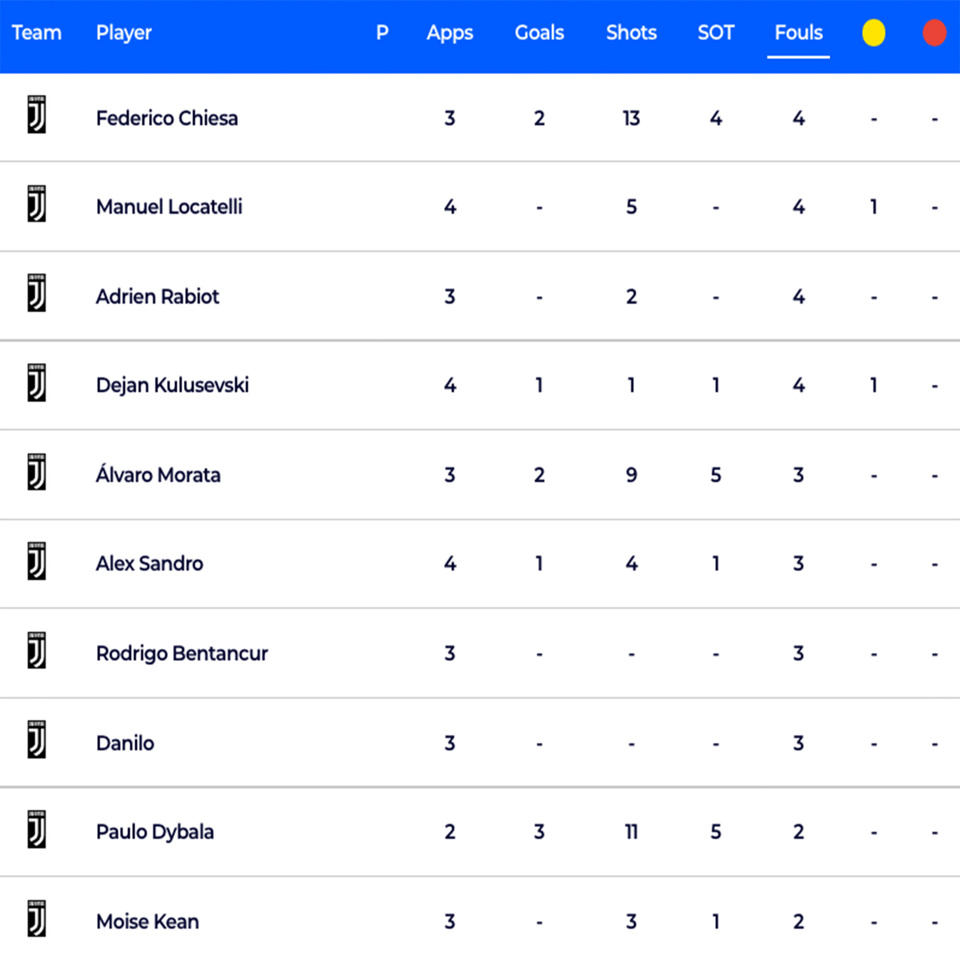 There are four players on an equal number of fouls committed for the away side. Chiesa, Locatelli, Rabiot and Kulusevski have all racked up four fouls each, with two of those having been entered into the referee's book so far.

Manuel Locatelli is the one who catches the eye, having been cautioned during his most recent Champions League outing.

It'll be a real battle of wits in the middle of the park and as we saw during the Euros over the summer, Locatelli is an incredibly fierce midfielder who will relish the challenge of facing Jorginho, Kante & co.