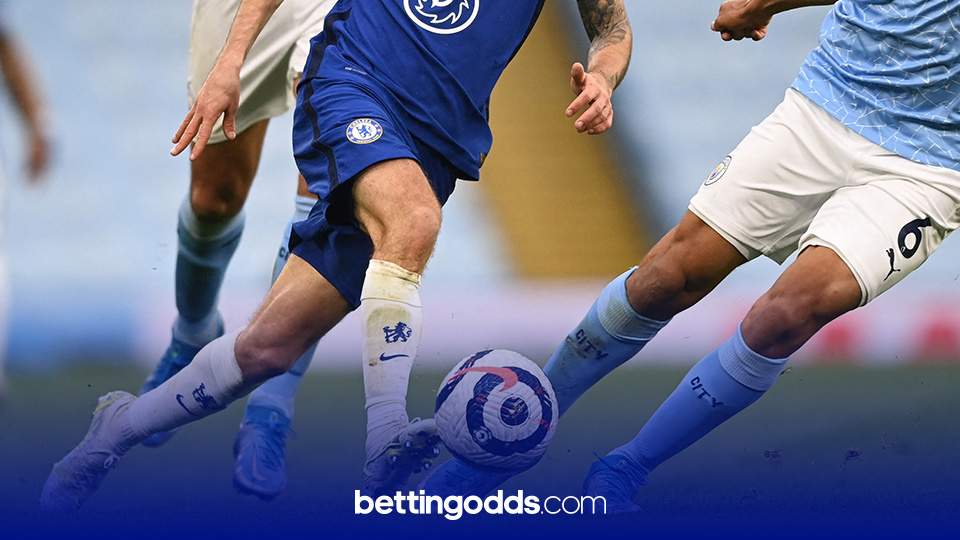 The Champions League final is now upon us, with an all-English final taking place in Porto this Saturday. Manchester City and Chelsea lock horns at the Estádio do Dragão with Pep Guardiola looking to obtain his first European title in charge of the Sky Blues.

Thomas Tuchel is also on the hunt for his first Champions League title, hoping to guide Chelsea to their second triumph in the competition in the last decade having previously laid claim to the trophy in 2012.

We've compiled a Cheat Sheet for the anticipated clash, highlighting the key players and stats from both sides so that you can make an informed decision when placing a bet on the action. 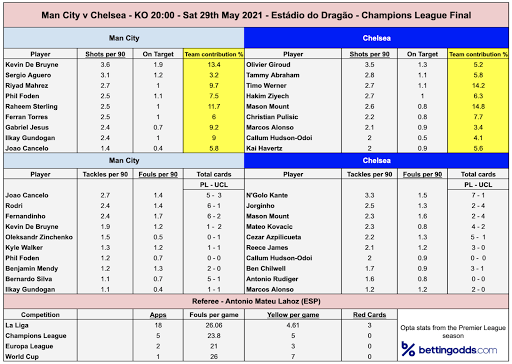 So, what are the main takeouts?

Straight away the eye is drawn to Kevin De Bruyne's incredible 'Shots per 90' stats, where the Belgian playmaker is letting off 3.6 every game with just under 2 of those being on target - the highest ranking player on both sides by some distance.

Therefore, City's talisman is certainly a player I'd be looking to get behind for 2+ Shots on Target, alongside Chelsea's Mason Mount. The England international's team shots contribution of 14.8% is huge and somewhat overshadows that of De Bruyne's overall contribution percentage for City - where it's fair to say the shooting duties are more evenly distributed throughout the team.

In terms of cards, it's a difficult one predicting who Pep will line up with in the heart of midfield, with veteran Fernandinho playing such a vital role in their semi-final win over PSG. If the Brazilian is chosen to start this one ahead of Rodri, though, he could be a great player to have on-side in the bookings market with his fouls per 90 stats (1.7) ranking him top of the pile in this department.

Jorginho is the player I'd be inclined to look out for where Chelsea are concerned. The Italy international - who averaged 1.3 fouls per game in the top-flight during 2020/21 - only picked up two bookings in the Premier League but his 4 yellows in the Europe sees him joint with Mason Mount as the Blues' biggest offender. With the electrifying likes of De Bruyne, Bernardo Silva and Ilkay Gundogan to contain in the middle of the park, he could be set for a tricky evening in the Portuguese capital. 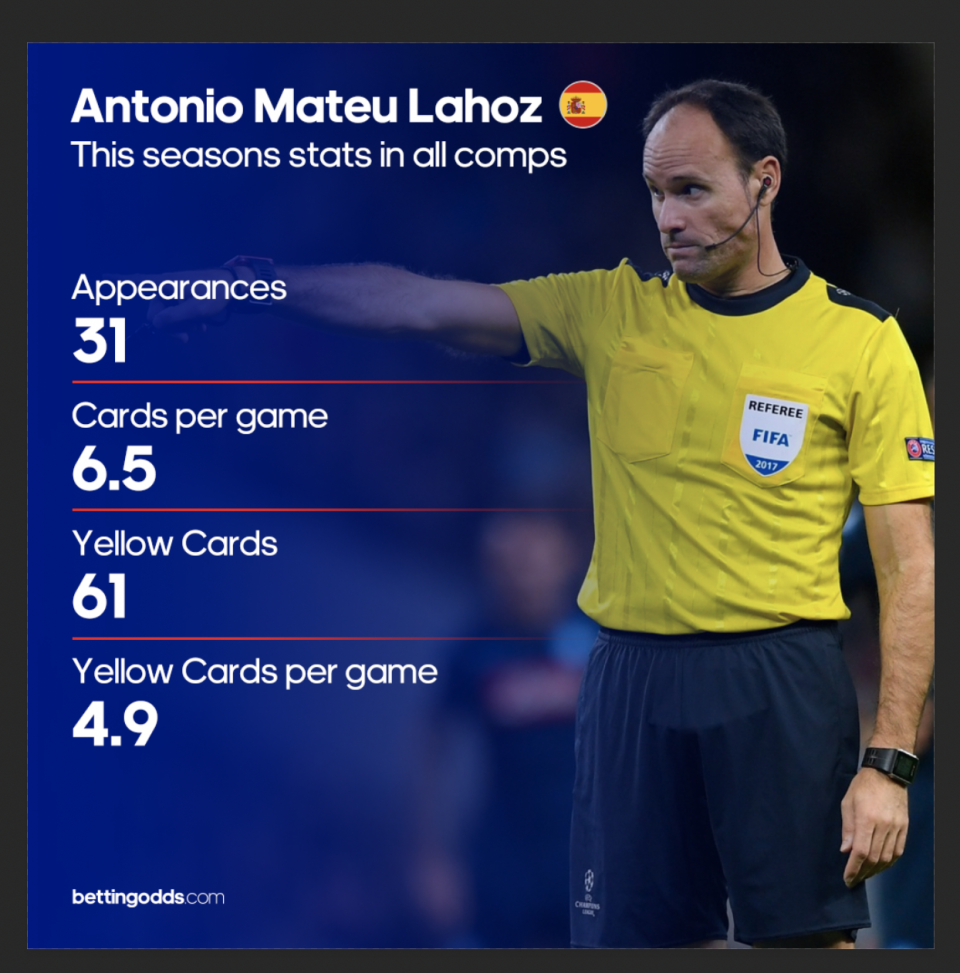