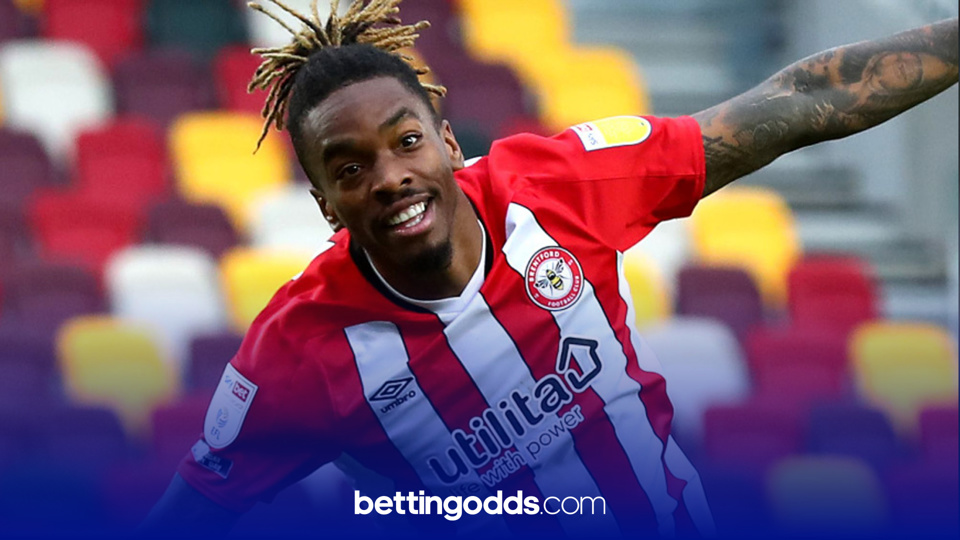 It’s been a long wait for the return of the Premier League and we finally have some action on Friday where newly promoted Brentford host veterans Arsenal at the Brentford Community Stadium.

Arsenal haven’t enjoyed their time in the Premier League in the last few seasons and will be hoping for a comfortable win against Brentford to kick-start their season. On the other hand the new boys in the league will be coming with a point to prove in the clubs first ever Premier League game. The Gunners are the 17/20 favourites for this clash whereas Brentford are the 3/1 underdogs.

With the Premier League coming back, so will our Cheat Sheets! To aid you in your betting we’ve compiled data from each team's performance in the league and picked out a few stats that caught our eye from the data. 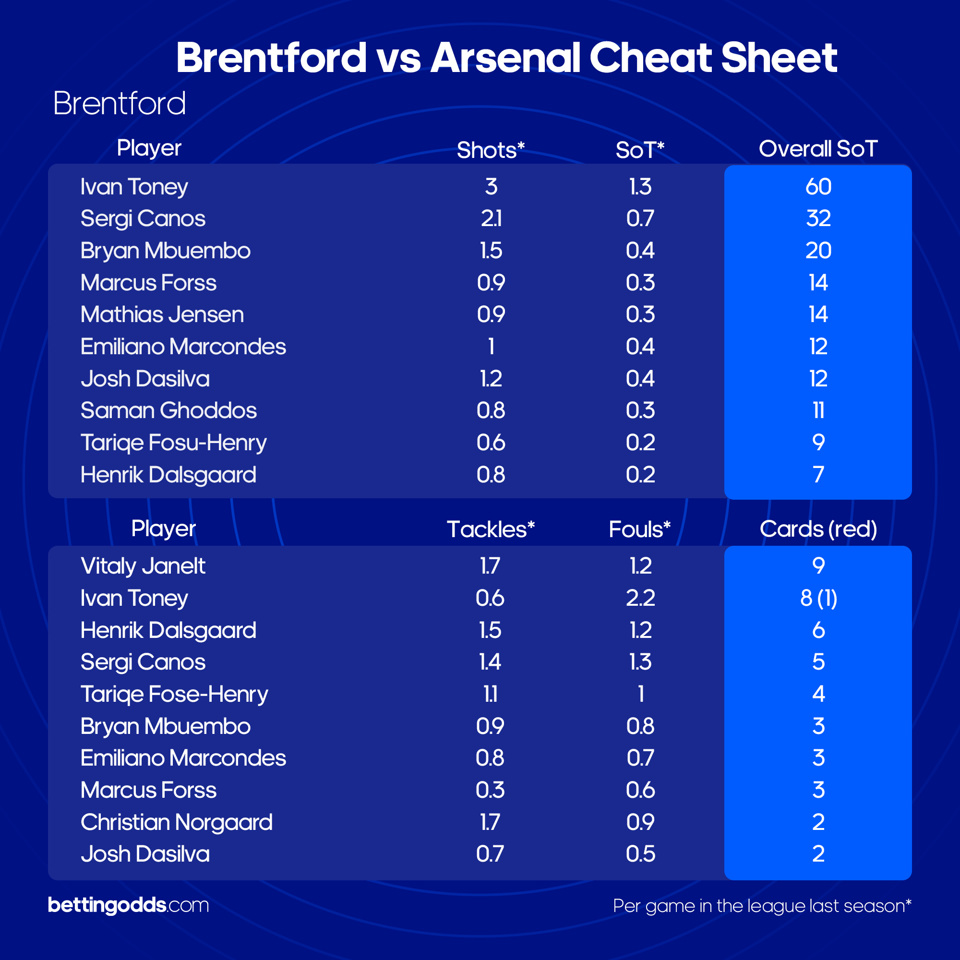 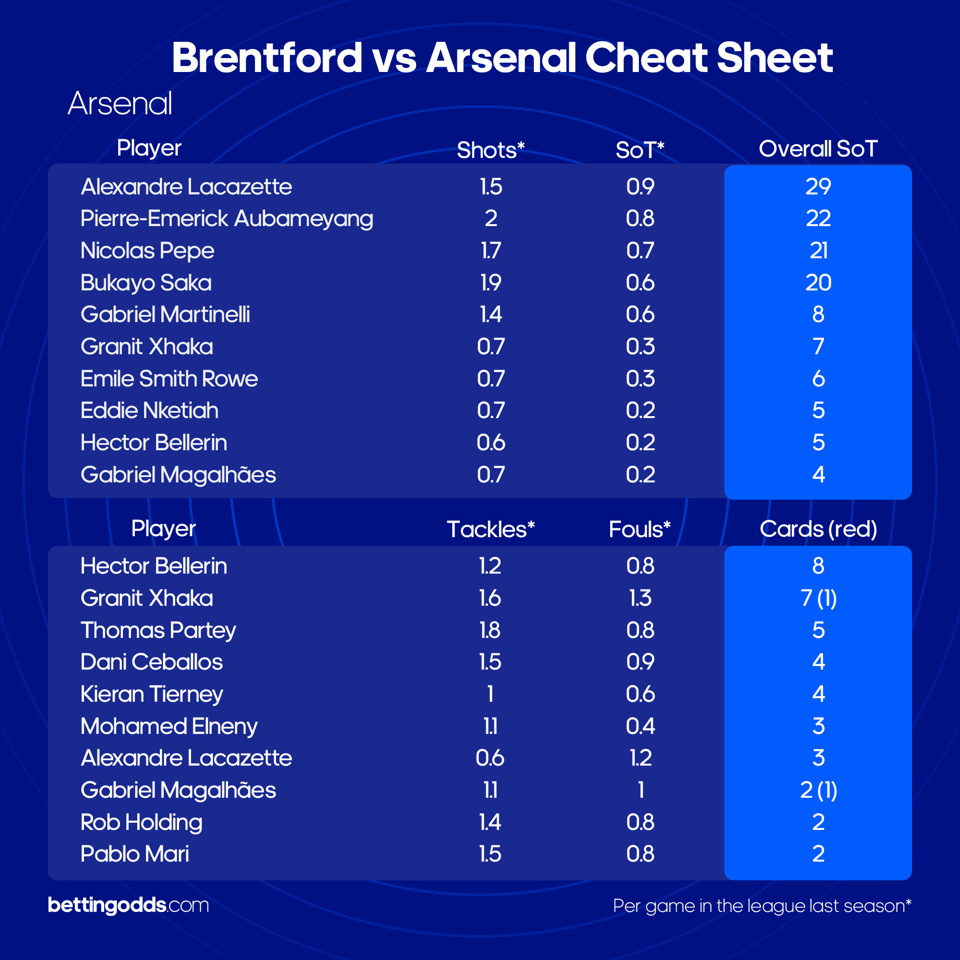 First, one stat that’s caught our eye is how often Ivan Toney gets booked. He was Brentford’s joint most booked played last season, picking up eight yellow cards and one red card. As you can see in the sheet above he’s also averaging the most fouls per game at 2.2 which has resulted in him being booked many times. You normally get a fairly decent price when it comes to strikers getting booked but in this case Bet365 have priced the forward up at 12/5 for a card, however, Paddy Power are offering 7/2 for him to pick up a card which could be worth a punt if you consider Brentford are likely to have less of the ball against a team like Arsenal.

Last season a popular bet for us was Saka shots on target and we think it could be worth a punt again against Brentford. The young Englishman averaged 1.9 shots a game in the league last season which was just shy of Aubameyang in first place with 2.0. He is currently priced at 5/6 for a shot on target but you can squeeze a bit more value out of this play by going with a left footed shot on target at 6/4. 1.3 of his shots per game were with his left foot and only 0.5 per game were with his right foot. Alternatively, 0.5 of his shots were from outside the area where he’s currently priced at 7/2 to have one.

get offer get offer
#ad Get your single bets paid out if the team you back goes 2 goals ahead - for multiple bets the selection will be marked as a winner with bet365. Applies to pre-match single and multiple bets on the standard Full Time Result market for applicable competitions. Only available to new and eligible customers. Bet restrictions and T&Cs apply. 18+ begambleaware.org
Bet Calculator