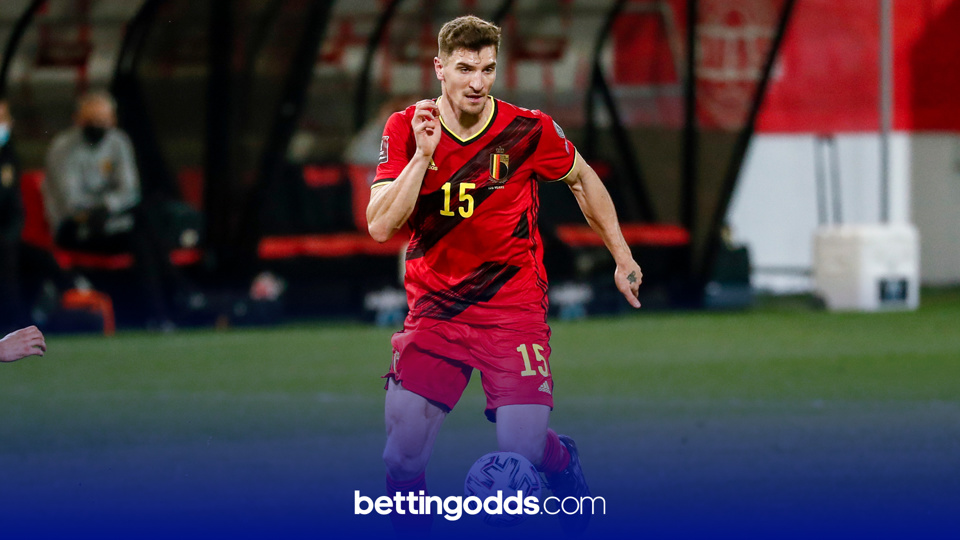 The last 16 of the European Championships are now upon us and this Sunday sees a huge match take place in Seville.

Two of the competition's heavyweights - Belgium and Portugal - lock horns in a battle which should be a cracker. The makeshift hosts for this one breezed through the group stages with three wins from three, finishing top of Group B with only one goal conceded.

Portugal, meanwhile, went through as one of the best-performing third-placed teams after finishing behind France and Germany in Group F. Ronaldo & Co pose a huge threat here though, and while the bookies have priced up Belgium as 6/4 favourites to win in 90 mins, it wouldn't be at all surprising to see Fernando Santos' men prevail in this one.

No injury concerns have been reported from either side at present, so with both teams at full strength we should be in for a great game. Find all of the key stats and betting angles for the anticipated fixture in our Cheat Sheet below. 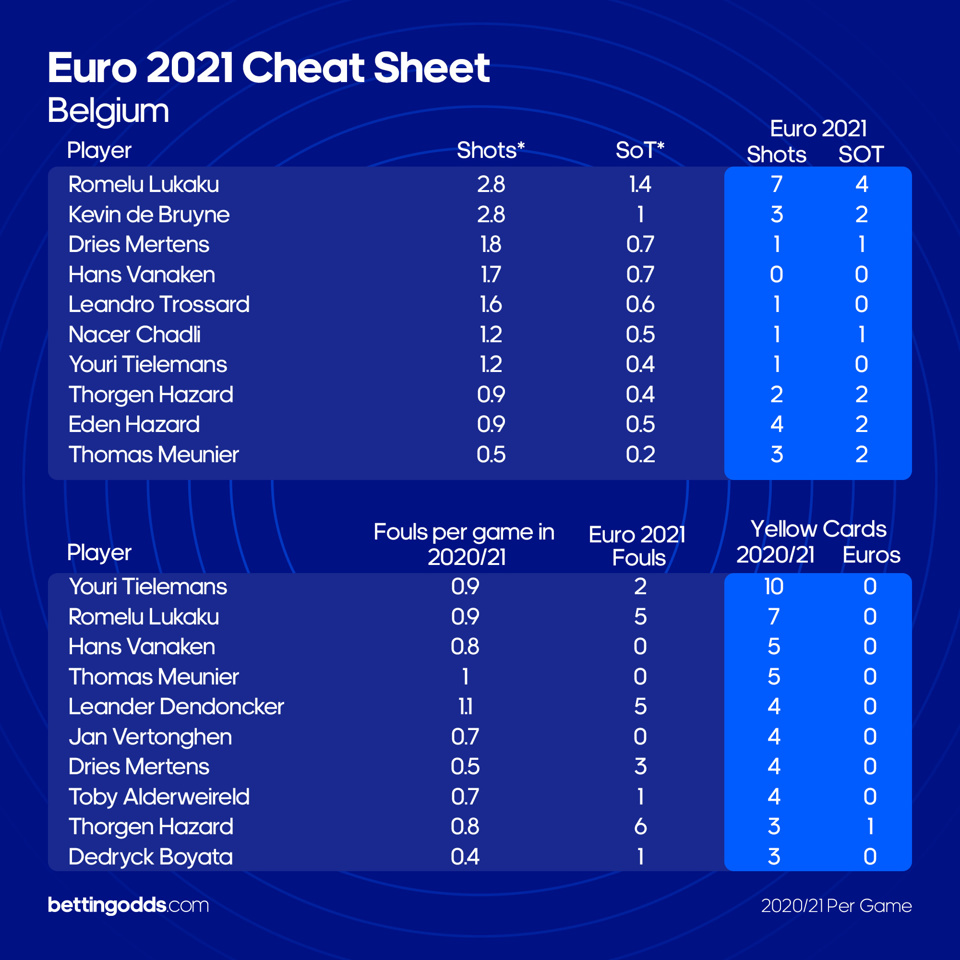 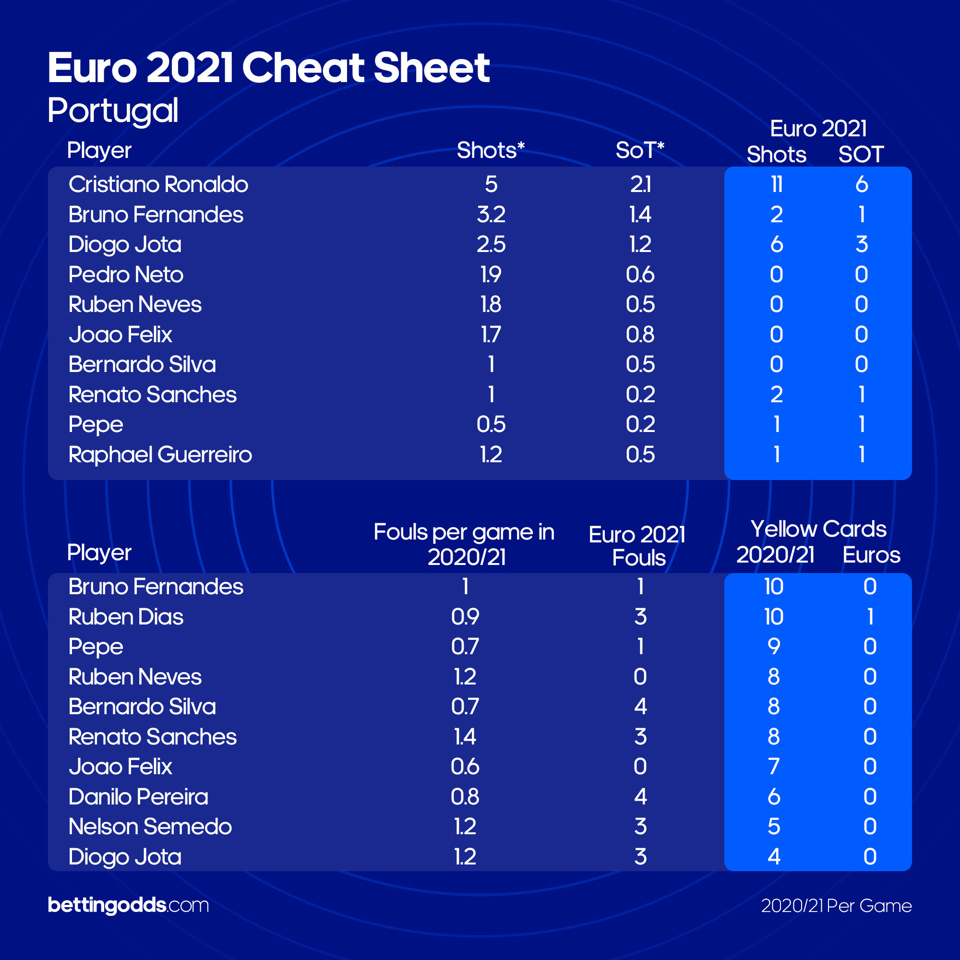 This one is a battle between two of the competitions biggest goal threats, Belgium's Romelu Lukaku vs Portugal's Cristiano Ronaldo. Currently it is the latter who leads the way in the goals department with 5 to his name following two perfectly executed penalties against France, which now sees the 36-year-old draw level with Ali Daei as the world's highest scoring international footballer (109 goals).

Ronaldo will be desperate to break that record sooner rather than later, which partnered by the fact he will be the driving force behind Portugal's attack only points to him finding the net for the sixth time on Sunday evening. The Juventus man is 6/4 to score anytime, or a rather appealing 9/2 to find the net first - just like he did against Germany last weekend. It might be an obvious selection, but all signs suggest CR7 will find his name on the scoresheet once more.

From a cards perspective I like the look of Bernardo Silva. The Man City playmaker is yet to find the book at Euro 2021 but has amassed a total of 4 fouls so far - the joint-most in Portugal's squad alongside Danilo Pereira. Silva is walking a bit of a tightrope and I think it's only a matter of time before one of his lazy challenges get punished by a yellow card. Odds for this market aren't out yet but when they are, permitting Silva starts, I'd be looking at his price for my Bet Builder.

To round things off I think an interesting angle could be backing Belgium's roving wing-back Thomas Meunier to register a shot on target. The Borussia Dortmund man loves to test the keeper from range when he's joining the attack from the right flank, best illustrated by the fact he's let off 3 shots on goal at the Euros so far, with two of those landing on target - one of which resulted in him finding the net against Turkey.

Considering he's only started one game these are really promising stats, and if he is trusted from the outset this weekend I'd definitely be looking to have him onside for a SoT. 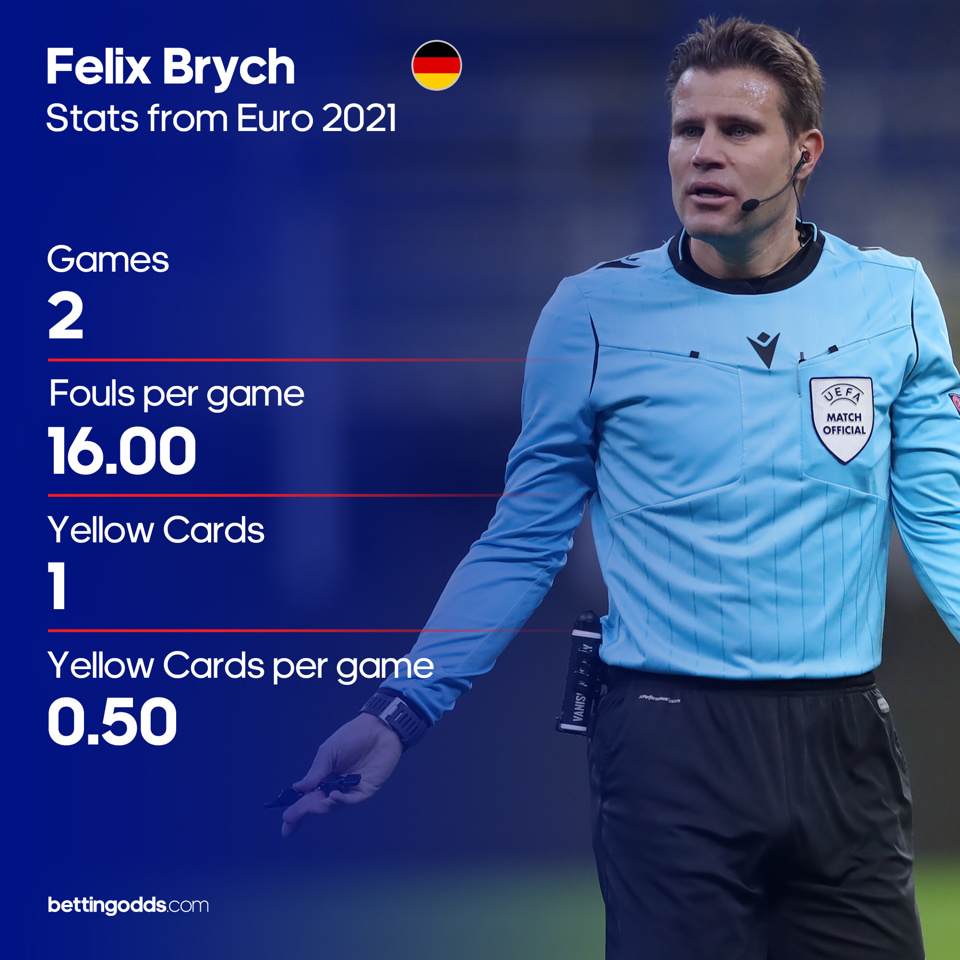