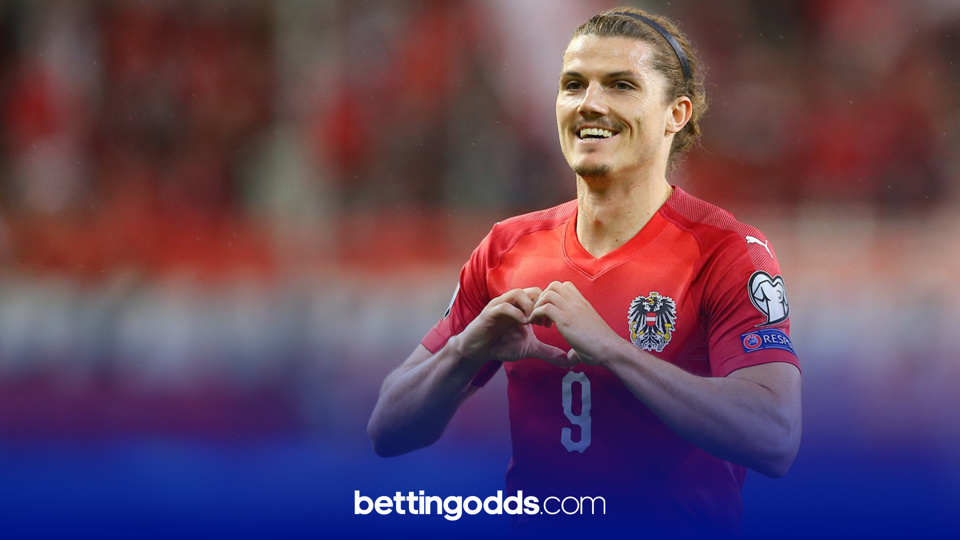 North Macedonia find themselves in their first ever major international tournament and whilst their squad doesn’t contain many familiar faces there’s still some familiar names such as Leeds’ Ezgjan Allioski and Napoli’s Eljif Elmas. They also find themselves as the joint highest priced team to win the Euros alongside Hungary priced at 500/1.

Austria on the other hand have a fair few well known names in their lineup with Marko Arnautovic, David Alaba and Marcel Sabitzer. They’ll be expected to qualify from this group where bookmakers have priced them at 3/10 to get out of group C. 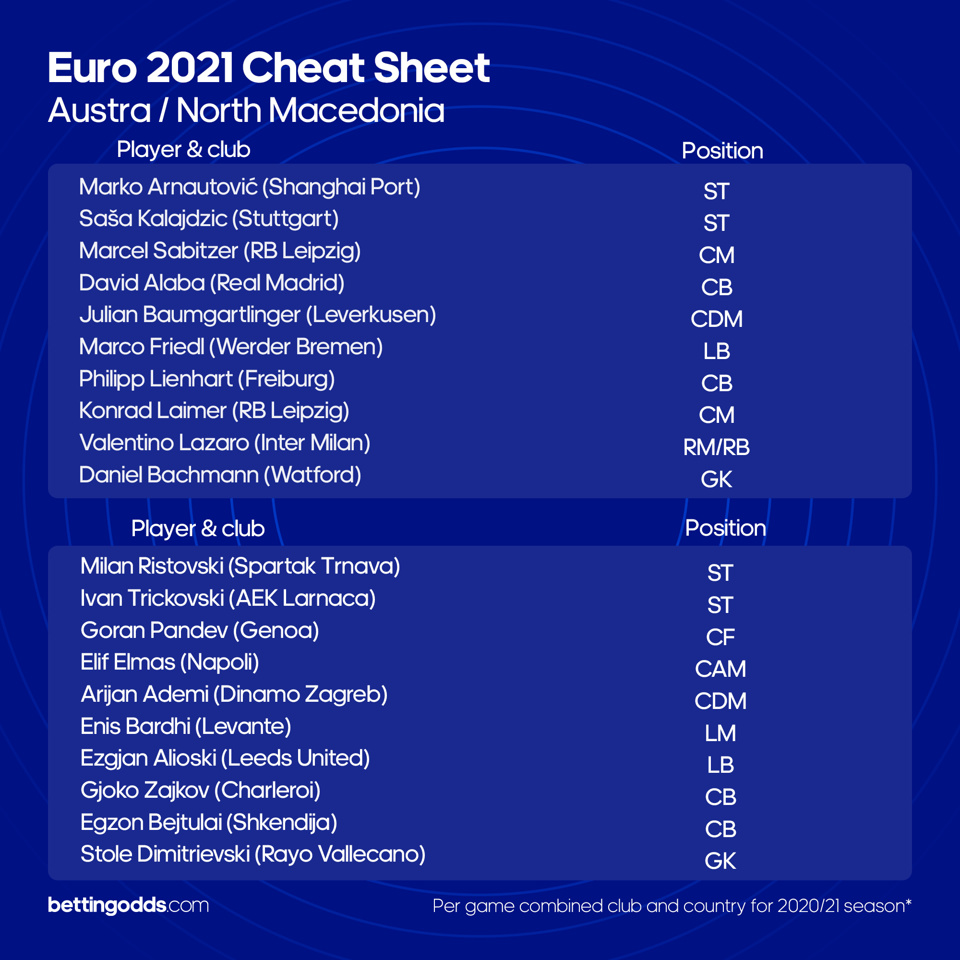 David Alaba has been transformed over the years into a centre back for Bayern Munich despite starting his career as a midfielder before transitioning into a left-back. Austria are a team that haven’t warmed to his change in position and still keep him in the midfield position which means he could be very well priced for a shot on target. Alaba averages 0.7 shots per game for Bayern Munich whereas for Austria he’s currently averaging 1.3 shots a game. He will also most likely be on free kick duty at the Euros which could result in more opportunities for a SoT.

Ezgjan Allioski has actually scored a solid eight goals in 40 games for North Macedonia and this is the result of him being their penalty taker. Against Kazakhstan last week he scored whilst playing left midfield. He’s averaging 1.3 shots per game for North Macedonia as opposed to 0.7 per game for Leeds. Alioski is currently 15/2 for a goal anytime against Austria which could be a decent punt if he once again plays higher up and Macedonia win a penalty.

Marcel Sabitzer is a player that has established himself on the top level with RB Leipzig where he’s put in numerous solid performances in competitions such as the Champions League. One of his main attributes is his shooting and he’s one player worth keeping an eye on for shots on target from outside the box. Sabitzer is currently averaging 2.3 shots a game this season with 1.8 of those being from outside the area, 0 of them in the six-yard box and 0.5 in the penalty area. He’s a player that is definitely not afraid to have a pop from distance which he actually did most recently against England. He’s normally a fairly short price for a shot on target but you can definitely get some extra juice out of it if you select him to have a shot on target from outside the box.