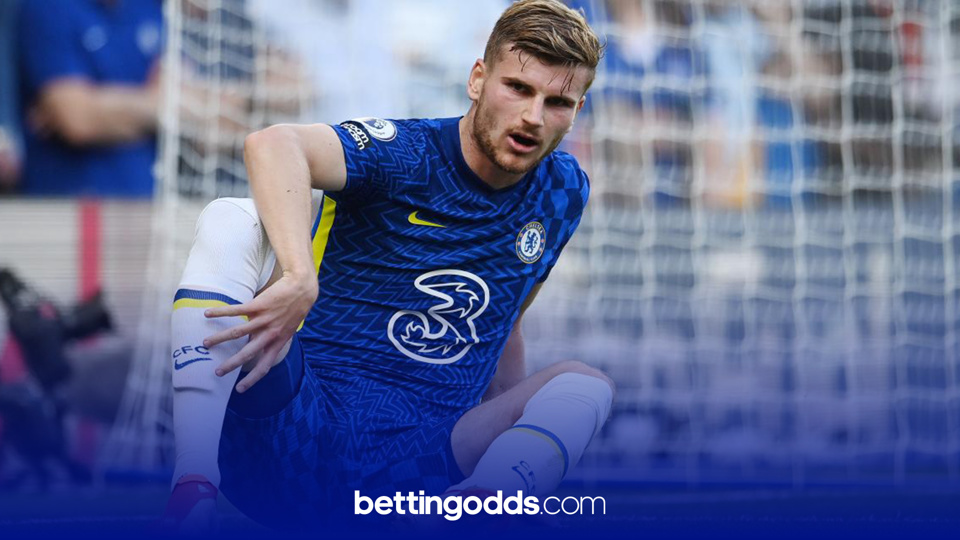 These two teams had polar opposite experiences when it came to the opening Gameweek of the Premier League last weekend. Chelsea recorded an emphatic 3-0 victory over Crystal Palace where they controlled the game from the moment the first whistle blew.

On the other hand Arsenal struggled in their opening game of the season, losing 2-0 to Premier League new boys Brentford. Chelsea are clearly the better team at the moment and under Thomas Tuchel they’re serious contenders for the league, however, the Blues have recently struggled massively against Arsenal.

The Gunners have become somewhat of a bogey team for their London rivals in the past few years where Arsenal have won their last three games against them fairly comfortably. The bookmakers still have Chelsea as big favourites at around the 8/11 mark whereas you can get Arsenal at around 7/2 for an upset at the Emirates.

In usual BettingOdds fashion we’ve put together two Cheat Sheets to help you with your bet builders. We’ve looked at both sets of players’ stats from last season to see where the are ranking for shots on target and tackles/bookings. 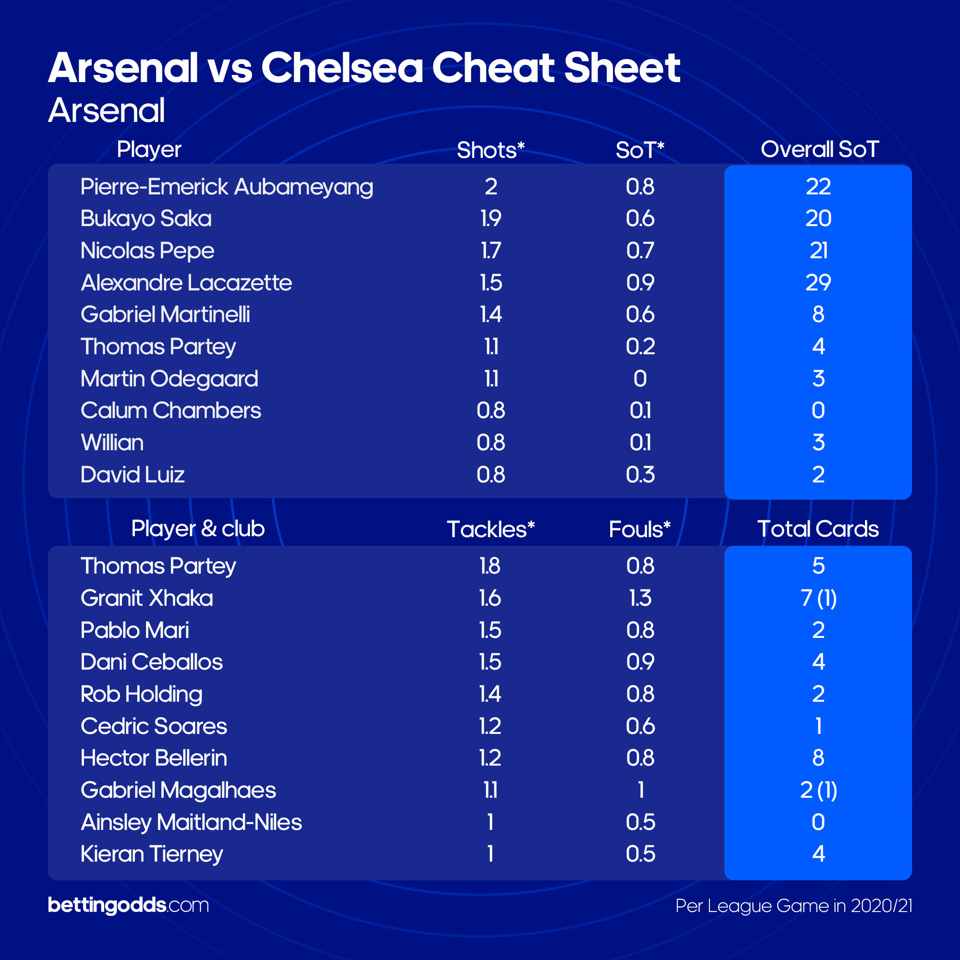 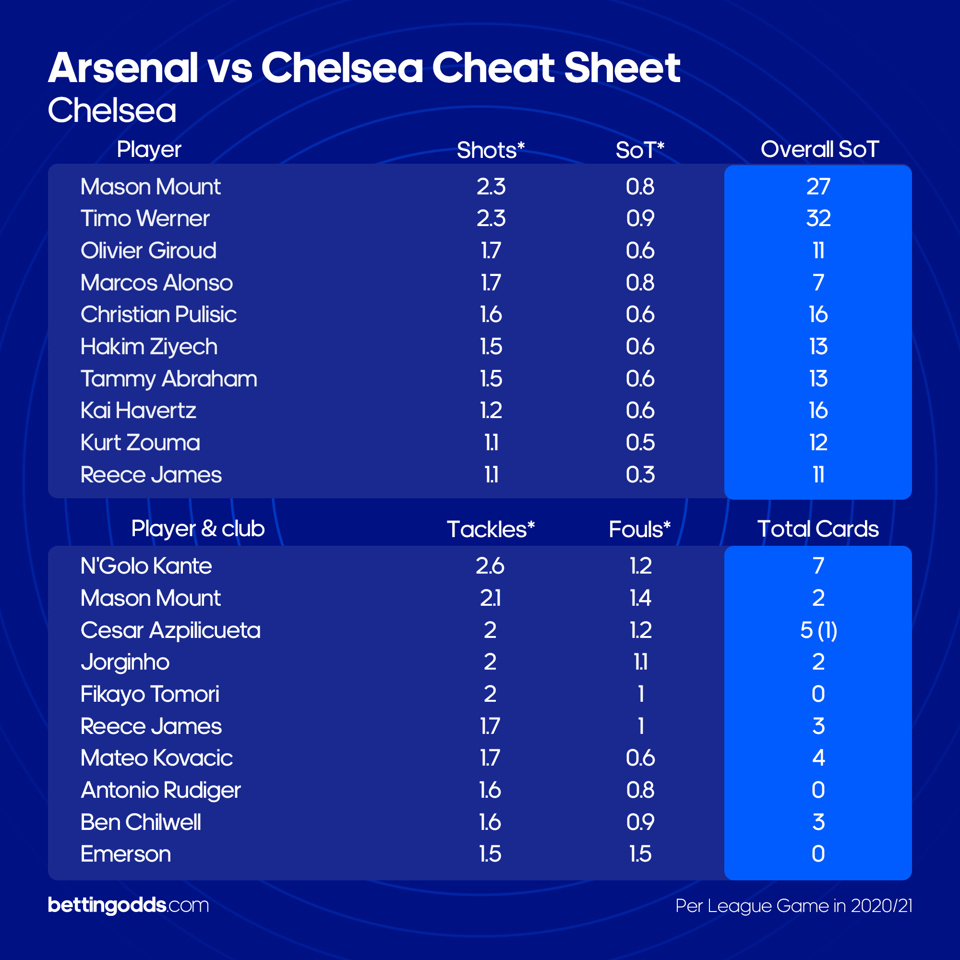 With Romelu Lukaku being a brand new signing for Chelsea we don’t have the data on him yet but I’m not expecting the Belgian to start up front just yet. Timo Werner is a man who caught my eye when it comes to the shots on target.

Last season he recorded the most in the Premier League for Chelsea, mainly due to the fact that he struggled to convert but at least his efforts were on target. You can currently get the German at 12/5 for two shots on target and considering how dodgy Arsenal have been at the back, I’d say this is worth a punt. Werner will most likely start on the left-wing where he’ll be up against Calum Chambers which should not be a tough job for the rapid Chelsea forward.

Emile Smith-Rowe has proved to be a fairly capable player for Arsenal and has almost cemented his place in the starting XI in that central attacking midfield role. In Arsenal’s last game against Brentford he managed to get a shot on target off and he’s priced at a generous 23/10 for one against Chelsea.

With him playing in the attacking midfielder role you’d fancy anyone from that position to get a shot or two off during the game and with how much Chelsea control the ball, you’d expect someone to have a go from distance. If Emile can find himself in the right spot then I’d be expecting him to have a few efforts on goal.

Prices aren’t currently live for the anytime bookings but this game has a little history behind it meaning there is potential for a fair few cards. In their last three games there’s been 12 bookings which includes one red card. N’Golo Kante is the man that I’d be looking at in the cards department. He may be an absolute workhorse in the midfield but it often results in him putting in a few careless challenges which meant that last season he was Chelsea’s most carded player in the Premier League. If you can get a decent price for him to be booked, he’s definitely worth a shout.