Glen Johnson on Mohamed Salah’s future: “He may want to play in an easier league” 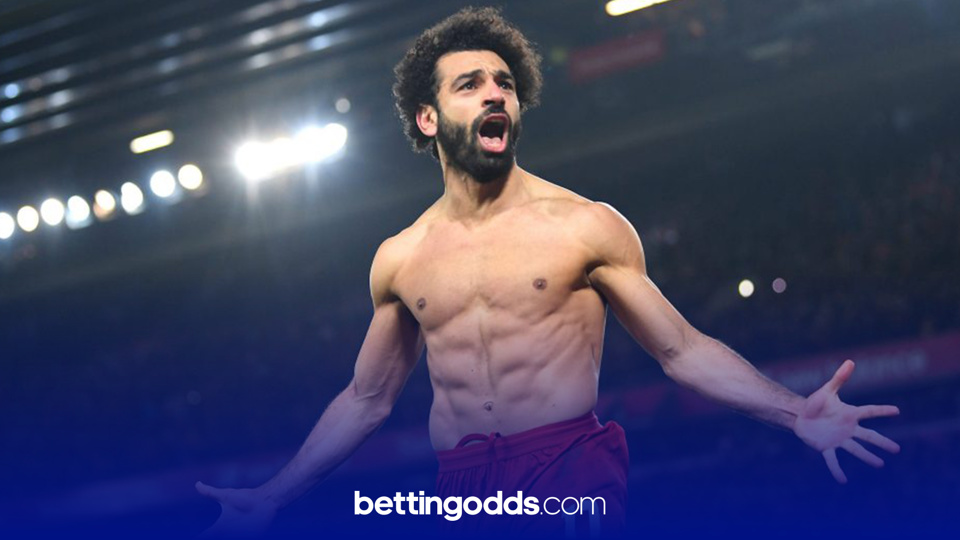 Glen Johnson believes that Mohamed Salah may eventually like to play in an 'easier' league.

Liverpool’s Mohamed Salah has arguably been the best performer in the Premier League this season and is currently the odds-on favourite to be crowned PFA Player of the Year in May. Despite his standout performances for his club this season, rumours around his long-term future continue to circulate with Barcelona being touted as a possible destination.

BettingOdds.com caught up with former England right-back Glen Johnson to discuss the futures of Salah, Thiago and Antonio Rudiger, as well as why he believes next season may be a bit too early for Crystal Palace loanee Connor Gallagher to break into the Chelsea starting line-up.

According to the Spanish press, Barcelona are supposedly rumoured to be working behind the scenes in an attempt to lure Mohamed Salah away from Liverpool. Considering the highly publicised financial crisis at the Nou Camp, do you believe a deal for Salah would be impossible and would it represent a step down for the player? Does he actually need a new challenge?

“Financially I don’t believe it could happen anyway. In terms of Mo himself, he’s achieved everything he can at Liverpool really. He’s still young enough but he is cracking on. He may want to play in an easier league which can be a bit easier on his body. Saying that, the way he’s performing at the moment, he doesn’t look like slowing down and ready to put the slippers on.

“I don’t think a move will materialise if I’m being honest. Liverpool loves him and he loves Liverpool and he still has an awful lot to offer. I don’t see him going anywhere at the moment.”

Mohamed Salah is currently the overwhelming favourite to be crowned PFA Player of the Year. Can you see anyone piping him to the crown?

“At the moment, no chance. If he’s going to get pipped then somebody has got to do something magical.”

With Xavi at the helm of Barcelona, he’s reportedly interested in trying to convince Thiago to make the move back to the Nou Camp. Do you still believe Thiago still has a future at Liverpool?

“It’s a difficult one. I’m a massive fan of his. He’s super intelligent on the pitch and he does the easy stuff really well. Liverpool do have players in his position that can act quicker on the ball and get the game flowing a bit more. Everything Thiago does is slow because he’s in control and it looks great but sometimes he can slow it down a little bit too much. That may suit a La Liga side and I think if the opportunity came up to re-join Barcelona then I think he would be interested. He’s a key player for Liverpool but I think they need more players in midfield who can help them score goals and not do the easy stuff. They’ve got enough players who could do that already.”

Bayern Munich can reportedly double Antonio Rüdiger’s £5m-per-year Chelsea wage but the centre-back is said to want to stay at Stamford Bridge if they will up his pay when his contract expires in summer. What would you advise the 28-year-old to do if you were in his shoes?

“In the past under other managers he’s been erratic but under Thomas Tuchel he’s really found his feet. The side’s looking great, he’s playing great and his manager has a lot of confidence in him. If I was him, I’d be looking to stay at Chelsea if they can strike a deal. Everybody always believes that the grass is greener but it very rarely is. I’d just try and sort out a contract. It can’t be that difficult. Chelsea must want to keep him and I imagine he wants to stay so they’re the easy deals to do. If I was him I’d be definitely looking to re-sign.”

Leicester City defender Wesley Fofana recently listed Chelsea amongst his dream clubs to play for. Many consider him a superstar in the making, would he be an ideal replacement for Antonio Rüdiger if he was to depart?

“I do rate Fofana. Big time. He’s a young lad with a lot to learn but I think he looks great. He’s super athletic and intelligent on the ball so, for me, I’m a massive fan. If he becomes available then I doubt Chelsea will be the only team interested in him.”

You’ve previously told us that you would have liked to have seen Liverpool sign Italy and Napoli winger Lorenzo Insigne. This week he’s been linked with another of your former clubs, Chelsea, as he could be available on a free this summer or a reduced fee in January. Do you think Chelsea personally need another winger, or do you think he’s that good that he will force himself into the first XI?

“I think on his day he’s good enough to get into Chelsea’s XI, however I can’t imagine him bursting through the door and really stamping his authority straight away. If he doesn’t do that then he could just become another winger on the books at the club. They’ve already got too many players in that position but then again there is talk of the likes of Christian Pulisic potentially leaving the club. I’m a fan of Insigne and I think he’s a great player but I don’t think Chelsea need to sign him.”

You’ve previously told us that you’re a fan of Hakim Ziyech. The Moroccan is rumoured to be looking for a way out of Chelsea with Barcelona and Borussia Dortmund both interested. Do you believe if Chelsea sell him that it could be a decision they’ll eventually regret?

“Yes. Hakim Ziyech is a fantastic player. If he plays with more energy I think he’d be starting a lot more games. He could definitely be one of those sales that would come back and bite you. If he starts enjoying his football, gets good gametime and finds some form, then Chelsea are going to see the player that they signed originally. It’s a difficult one as he’s not at those heights at the moment which of course is why there are rumours about him leaving, but if they find a way to get him back enjoying his football and some more gametime, I think they’ve got an amazing player on their hands.”

Chelsea player Conor Gallagher, on loan at Crystal Palace, recently made his international debut for England against San Marino. Next season do you believe he will get a chance under Thomas Tuchel at Chelsea, or do you believe it will be too soon for him to break into one of the world’s best midfields?

“I think what Conor's doing at the moment is impressive. He’s learning his trade, he’s getting gametime, but I don’t think he’s quite ready for Chelsea, just yet. That’s not to say he won’t in the future. It’s one of those: you don’t want to hinder him by getting him back off loan for him to just sit on the bench or just miss out on the squad. Surely for him and the club it’s better that he keeps playing on loan and developing as a player and then see how far he can take it before he comes back. I wouldn’t want Chelsea to call him back now and pause that because it’s also in their interest for him to develop and hopefully let him take a position or sell him for a fortune. So I’d like him to stay out on loan and let him keep doing what he’s doing.”

And finally, do you think David Moyes is in contention for Manager of the Year as he continues to impress with West Ham United?

“With what David Moyes is doing at the moment, he’ll have to be up there for Manager of the Year. I think for him to win it, he’d have to continue this form for sure. West Ham are doing a great job, he’s got the team playing out of their skin and they’re all working hard for him. Obviously the squad is light and they don’t have the luxury of finances of other clubs but I think he has to be up there with not many managers outperforming him with what they’ve got at the moment.”