Glen Johnson on Mo Salah’s Ballon d’Or position: “He should have certainly been in the top three” 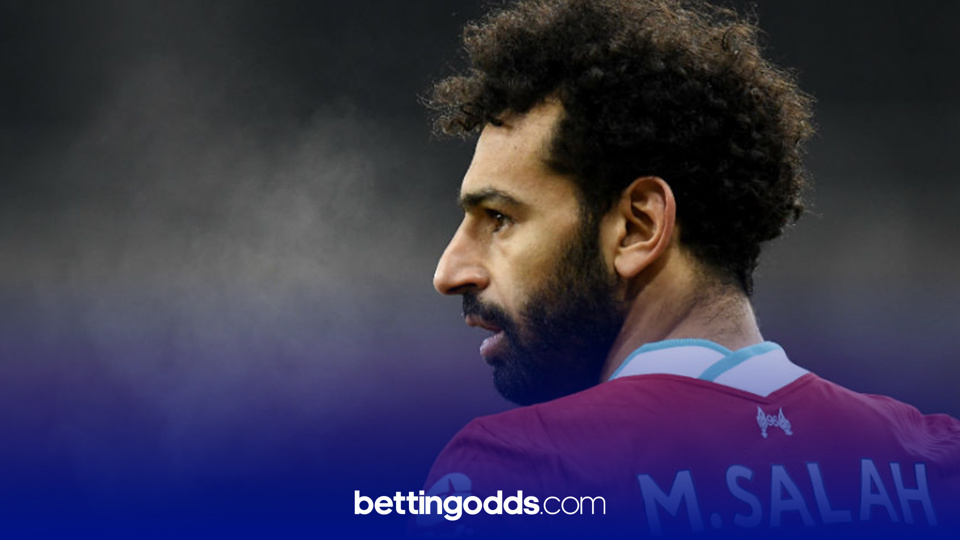 Glen Johnson believes Mohamed Salah should have finished in the top three for the Ballon d'Or.

Liverpool fans voiced their frustrations last week as their talisman Mohamed Salah finished seventh in the standings for the Ballon d’Or. BettingOdds.com have been speaking to ex-Liverpool defender Glen Johnson regarding why he believes that Salah has a reason to be aggrieved with his position. The former right-back also speaks to us regarding Rafa Benitez’s future at Everton and why Timo Werner should think twice about joining Manchester United if the rumours are to be believed.

Liverpool fans are up in arms that Mohamed Salah came 7th in the Ballon d’Or awards last week. In your opinion where should he have come and who do you believe should have won it?

“It’s been a hot topic for the past week or so. The award is obviously an individual award so for me I believe he should have been right up there. I’ve had a chat with a couple of ex-players who believe he should have won it and they only believed others were higher on the list because they were recipients of major trophies, which is something I don’t agree with because it’s an individual thing. If your club hasn't won trophies in the same year then that shouldn’t matter as it’s an individual thing and it doesn’t affect your individual performance. I understand why Lionel Messi won it because he finally won a major tournament with Argentina but I just can’t believe that there were six better players in the world than Mohamed Salah in 2021. For me, he should have certainly been in the top three or even the top two.”

Your former manager Rafa Benítez has won his first Premier League game for Everton in nine matches last night against Arsenal. He was having a tough time across Merseyside and is currently the favourite to leave his post next. Can Benítez turn it around?

“I think he can turn things around. I think he’s a good manager for sure. And I think they’ve got a good squad, which is why it’s surprising to see where they are. The squad was coming together before Rafa took over, and obviously then I thought it was a good appointment. But there is something going wrong within the club. They’ve easily got a good enough squad to be right up there. I can’t see what’s going on but something clearly is. So of course he’s going to be under pressure, that’s the industry, but I don’t think they should sack him. They’re not going to get a better manager than him. So I don’t know what needs to be sorted out, but I think they need to give him time so he can find time to sort it out.”

Your old captain Steven Gerrard seems to have taken to management in the Premier League well. What has impressed you most about his style at Aston Villa, and what do you think of those who claim this is just a period of ‘new manager bounce’?

“The ‘new manager bounce’ argument is just people trying to be negative, and trying to find the negative in absolutely everything. He’s proved he can manage at Rangers. I know the sort of style he’s playing. He’s learnt a lot from Brendan [Rodgers], which had sort of trickled down from [José] Mourinho. I know the training’s going to be fun. He’s going to get all the lads on side, and I don’t think it’s a phase at all. I know he would have gone in there like a firework, got everyone’s attention straight away, and rightly so, and obviously as a player he’ll have everybody’s respect right from day one. For players that are underperforming, sometimes they need that. Let’s face it, these players that he’s managing are never going to be as good as he was!

“They’ve got to have respect for the manager, they’ve got to look up to him and I think they’re doing that and that’s what’s getting the performances.”

Despite all the impressive performances launched by Thomas Tuchel’s Chelsea, your old side have dropped points in their last two Premier League home games against Burnley and Manchester United, and were defeated by West Ham at the London Stadium at the weekend. What do you think has gone wrong there, and are these results something that Chelsea could come to regret?

“Yes definitely. I don’t see either Liverpool or Manchester City dropping many points so it’s going to be a big couple of weeks for Chelsea. If you’re going to win the league, then any game you score two goals in is a match that you must win. Two goals should be good enough to win almost every football match, so to lose 3-2 is super disappointing for them. They brought West Ham into the game when they should have been out of sight. That’s what happens at this level, if you don’t put the game to bed then the other team is good enough to come back at you. They have one way of playing without [Romelu] Lukaku and then when he’s playing then it’s a totally different style and I think we saw that in the two halves against West Ham.”

Federico Chiesa to Chelsea rumours have re-emerged over the past week. Last time we spoke to you, Lorenzo Insigne was linked with the club and you said he could just become another winger on the books at Chelsea. Could the same be said for Chiesa?

“I think somebody like Chiesa could break into that Chelsea side as he can get goals. If one of the wingers at the club was to depart then it opens a seat for someone like Chiesa to come in. As long as they don’t do what Manchester United have done in terms of signing multiple players for the same positions then of course Chiesa is good enough to play for Chelsea. I’m a fan of his. I just wouldn’t want the club to sign him whilst keeping all their other wingers on the books. Christian Pulisic for me is a great player but he can’t get as many games as he would like, so I wouldn’t want someone like Chiesa to sign and then not play.”

Chelsea captain Cesar Azpilicueta is linked with a move back to Spain when his contract expires this summer. Would you be looking to keep him if you were Blues manager Thomas Tuchel, and if Azpilicueta was to leave, who do you think would be best suited at the club to succeed him as captain?

“It’s a good question. First of all I don’t think Tuchel will let him go anyway. Azpilucueta’s one of those guys - it’s a strange thing to say - whereby it’s not that he’s happy to not play but he’s the sort of guy who will still do the right things when he’s not playing. He’ll keep the squad going and be there for everyone. Other people would just straight-up sulk and throw their toys out.

“Even though, as I say, I don’t believe they will let him go, if they did, Jorginho or Antonio Rüdiger would be good replacement captains, someone like that, someone that the other lads clearly like. Rüdiger I think would have a lot more to say.”

Ralf Rangnick is reportedly interested in his new club Manchester United signing Chelsea’s Timo Werner. You’ve previously stated that you’re a fan of Werner, but he has failed to secure a place in Chelsea’s starting XI. Do you think he could still thrive in the Premier League with United if the move was to come to fruition?

Trevoh Chalobah has impressed greatly this season in defense for Chelsea. Do you see the 22-year-old becoming a superstar in the future and do you think he definitely has an international future with England?

“The manager obviously fancies him and the players clearly have belief in him. As long as he keeps his head down and keeps working at his position then why not? That’s what Chelsea do so well, they bring so many players through. Whether Chalobah is good enough or not, Chelsea’s business plan is unbelievable because even if Trevoh is struggling for gametime in a couple of years time, then they could sell him for a fortune to somebody else. They still have players like Conor Gallagher to come back. These are players who may not be in the starting XI every week for Chelsea but are good enough to keep the business going.”

And finally, Saúl Ñíguez was hooked off at half-time against Watford on Wednesday night. If you were in his shoes, would you be looking to end the loan move in the January window?

“I think he has to. There’s no point at being on loan somewhere and not playing. It’s hard enough to accept not playing when you’re on a contract. People forget that the purpose of going on loan is to prove yourself, so going on loan and not playing completely defeats the object. If he doesn’t get enough of a run in the side then of course he should go back to Atletico Madrid.