Glen Johnson on Rice to Man Utd rumours: “I think Chelsea or Liverpool would be in front of them” 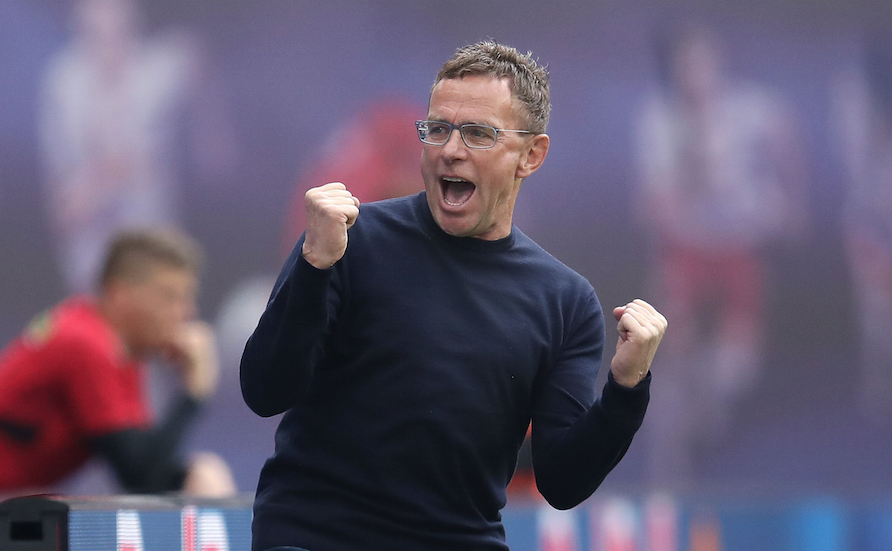 The January transfer window is upon us and the rumour mill has gone into overdrive. One of the most prolific rumours of the season so far is that Manchester United are interested in West Ham’s Declan Rice but former Hammer Glen Johnson doesn’t believe that the England international should make the move to Old Trafford. Glen also speaks to BettingOdds.com regarding Liverpool’s rumoured interest in Bukayo Saka, Romelu Lukaku’s controversial Sky Italia interview and his former teammate Philippe Coutinho returning to the Premier League.

There’s been a lot of talk this week about Rúben Neves being of interest to Manchester United. On top of that, he’s also been linked with a move to your former side Chelsea. Do you think he’s a player capable of playing for one of the Premier League’s biggest clubs?

“I think he’s a player capable of playing for one of the Premier League’s biggest sides. He could do. He could make the step up. Whether the likes of Manchester United and Chelsea need him or not is a different matter. But I think he is a good player who could break into the top five teams. He’s a really good player on the ball, intelligent, sees the pass and, again, he knows the league. So it wouldn’t surprise me if he ended up at one of the top five clubs. Which one, I don’t know. It’s which one needs him the most.”

As we just mentioned, Manchester United are reportedly interested in Wolves’ Rúben Neves, as well as a few other affordable defensive midfield options in the January window. If you were United, would you just wait until the summer and make a mega move for Declan Rice as surely they couldn’t lure anyone in that position better than him could they?

“I don’t think Manchester United could get anyone better than Declan Rice. If he was available, I think Chelsea or Liverpool would be in front of them anyway. Those players only come around once. United have got [Donny] van de Beek or whoever and they try to sign all these players in that position for loads of money and it’s just never worked. If I was Declan I would be a bit concerned to be honest with you. I’d be thinking Manchester United aren’t the Manchester United of old. There used to be a time when, anytime Manchester United came calling, you go. It was the number one place. Everyone wanted to go. But they don’t have that appeal anymore. I don’t think he’d end up there whether they want him or not. But in terms of their business, I think they should just sit tight and wait until the summer and weigh the whole situation up with everybody.”

There are rumours that Liverpool are interested in Arsenal winger Bukayo Saka and that the player himself is interested in a move to Anfield. Could you ever see that move coming to fruition or do you think it would be far too expensive for your former side to pull off?

“I do think it’ll be an expensive transfer to pull off because Arsenal wouldn’t want to sell one of their best players to a rival. As he’s a fantastic player, a young player and English then it would have to be a big deal. In terms of Liverpool and the player being interested in a move then I believe that for sure but I just think it would be quite a complex deal to pull off. I do think it would be a good move for Saka because any chance you get to sign for one of the best teams around, as a young player, it’s going to be appealing. I think the way that Liverpool play will suit him down to the ground.”

Liverpool are linked with a £60 million move for Porto winger Luis Díaz. He’s been linked with many huge clubs across Europe, but can you seriously see Liverpool spending that amount of money on a winger considering that Mo Salah and Sadio Mané occupy those positions?

“It’s certainly against what Liverpool do in terms of going out and splashing the cash, but at the end of the day, if you want a player who’s linked with a host of other big clubs then you have to pay. I’ll be surprised if they pay that much money, but they do need another player in that position who can come into the side in the same way that Diogo Jota did.”

Divock Origi’s contract expires at the end of the season but he’s been tipped with a potential January move away from the club. Do you believe that Liverpool should try and hold onto him considering the limited options they have available in those forward positions?

“I would look to keep him because when players come off the bench and score the goals that he does then that indicates to me that they’re a good professional. He clearly doesn’t sulk and seems like a good lad to have around the club. It’s not easy when you’re not playing, so it’s quite easy to sulk. He clearly prepares himself right so he can make an impact when he comes on. There’s not many players like that and for that reason I’d try and keep hold of him.”

Your ex-teammate Philippe Coutinho has joined Steven Gerrard’s Aston Villa on loan until the end of the season. Considering the style of football that Steven Gerrard has got Villa playing at present, do you think Coutinho could thrive in that side?

“As long as Philippe can stay fit and play anywhere near 90% then Aston Villa have got an unbelievable player. It’s as simple as that. I just hope he still has plenty in the tank, which I think he should do as he’s still relatively young. As long as he’s fit then I’m sure Steven [Gerrard] will get the best out of him, because I’m sure Philippe will love the way they’re playing at the moment. He’s a top player and the more players like him about to watch week in, week out, then the more the better.”

The big talk last week was regarding Romelu Lukaku’s fairly naive interview with Italian media regarding his future. We know that Thomas Tuchel and Lukaku have both stated that the forward is committed to the club. Firstly, if you were a fellow player in the Chelsea dressing room, then how would you have reacted to a fellow teammate doing such an interview and do you think his future at the club looks bleak after only six months back at Chelsea? He is tipped to be a potential replacement for Kylian Mbappé at PSG.

“I was just as shocked as anyone else really. I imagine some of the interview has been taken out of context and I can appreciate people being honest but at the same time you have to be aware that you can upset your club, teammates and employers. You’ve got to be sensible. If I was in that dressing room I’d be like ‘Mate, what are you doing?’. It was all a bit weird but I think it was just because he was upset as he wasn’t playing at the time. The timing was a bit wrong as he had recovered from his injury by the time the interview aired. Romelu probably regretted the interview as soon as he did it.”

There were comments in the interview from Lukaku regarding how he was unhappy at the style being implemented by Tuchel during his absence with an injury. Do you think Lukaku had any right to be critical and do you think he will struggle adapting to the way Chelsea play going forward?

“I don’t think he has any right to disrespect the manager’s decisions at all. It’s a fact that when Lukaku plays, Chelsea score less and concede more. I think he has to look at the situation and figure out how he can fit into that system rather than the system being tailored towards him. I don’t think he has any right to complain at all. It’s not all about Lukaku as Chelsea are a top team with top players who are playing really well. The manager has to pick the best way to play for his squad and not just Lukaku.”

One positive piece of news for Chelsea last week was that Thiago Silva has signed a new one year deal at the club. Where for you does he rank amongst the Premier League’s best centre-backs and do you think it will ease the blow of Antonio Rüdiger potentially leaving on a free in the summer?

“I think he’s a fantastic player. Credit to him for looking after himself, to be playing at his age and still at the same level. Obviously I would have loved to have him in the Premier League when he was super fit, flying fit. But I don’t think Silva staying eases the pressure off keeping Rüdiger - I think Chelsea still need to sign Rüdiger to a new contract. Silva has only signed for another year and he can’t play every single week. They’ve done well to keep him but I think Chelsea need to make sure Andreas Christensen and Antonio Rüdiger are kept long-term as well. Silva has been fantastic since he came to Chelsea. Helping all the young players, the guy’s got experience coming out of his ears, and he’s still enjoying his football. It’s great that he’s signed another year.”

And finally, your former sides Chelsea and West Ham look to have missed out on the signing of Everton’s Lucas Digne with Aston Villa currently the frontrunners for his signature. Do you believe both club’s have potentially lost out on a quality acquisition and which side do you believe would have benefitted from him most?

“I would probably say West Ham needed him more to be honest. I think with Chelsea, obviously, you’ve got multiple injuries at the moment. But when [Ben] Chilwell’s fit and [Marcos] Alonso’s there, you’ve got two fantastic players already, so I think it would probably have been West Ham that would have benefitted from him most. They are the ones who could have done with the extra body and another good player. So I would say West Ham.”