Glen Johnson on Haaland’s next club: “Either Liverpool or Manchester United” 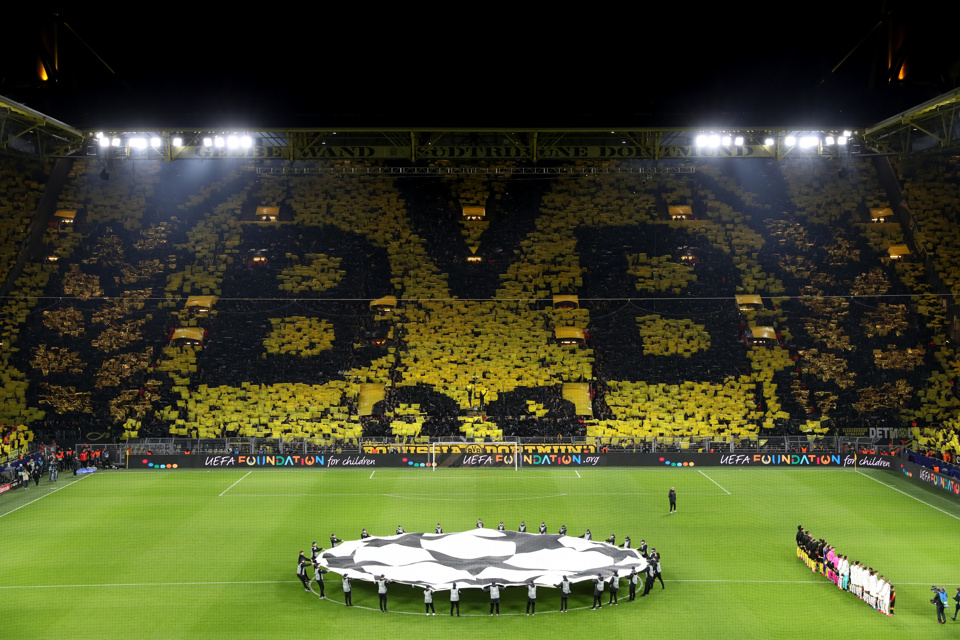 Glen Johnson predicts that Erling Haaland could move to either Liverpool or Man Utd.

It’s been over a week since the transfer window slammed shut. Despite this, the rumour mill is already in full flow ahead of next summer with Borussia Dortmund’s Erling Haaland being linked with every giant club across Europe.

According to the former Liverpool defender Glen Johnson, he believes that the Norwegian will be heading to the North-West of England next summer with either his former club Liverpool or their bitter rivals Manchester United.

BettingOdds.com spoke to the former Premier League full-back regarding the future of Declan Rice, why Granit Xhaka will have Arsenal fans ‘pulling their hair out’ and why he’s backing Romelu Lukaku for the Golden Boot this season.

Liverpool are said to be one of the clubs interested in making a move for Borussia Dortmund’s Erling Haaland next summer. Which club do you think would suit him best when he eventually leaves Borussia Dortmund and - hand on heart - where do you genuinely believe the young striker will end up?

“I would say either Liverpool or Manchester United. I would have initially said Chelsea but after what they’ve just spent on Romelu Lukaku, then I can’t really see that pair playing together, so that rules them out. Regarding Manchester City, if Kylian Mbappe is available next summer then I can actually see City and Real Madrid going head to head for him, so that’s why I don’t believe Haaland will end up at either of those sides too.”

Harvey Elliott has made a bright start to the new campaign. How impressed with him have you been and do you think he may be fast-tracked into the England set-up such as fellow talents Phil Foden and Mason Greenwood?

“I have been very impressed with him and he played very well whilst out on loan at Blackburn. He’s been involved in a few goals already this season and it’s nice to see him perform at a higher level.

“He’s got a very bright future but regarding him getting into the England squad then I don’t think we should rush anyone until we’re sure that they’re capable. There’s no point in a young kid coming in, getting blown away, receiving two caps, then never playing again. That’s pointless.

“I do believe that he will be good enough for England but I do hope that there’s some patience to not rush another starlet straight into the main squad.”

Though they haven’t brought any new attacking players in, Liverpool let Xherdan Shaqiri move to Olympique Lyonnais. Who’s this a better move for, club or player?

“At the moment I’d have to say it’s a better move for Shaq. He wasn’t playing football so he needed to leave to try and get back to the levels that he was at.

“From the club's point of view, they haven’t replaced him and they’ve let him go for a relatively low fee considering what football is like nowadays, so overall I’d definitely say that it’s a better move for the player.”

Onto West Ham, another of your former clubs, do you think the next stage in Declan Rice’s career would be to move to a Big Six club?

“I would of course love him to stay. But if he wants to win trophies and fight for titles and go deep in the Champions League, clearly as we all know, he’s not going to do it at West Ham.

“It’s all about timing and how ambitious he wants to be. I think he is ambitious so I’m sure he won’t want to flirt around the middle of the table for the rest of his career. I’m sure something will happen soon, but I hope it doesn’t!”

“I haven’t seen the guy play too much if I’m being honest but I do believe that West Ham need players that are going to help them going forward. It’s not usual for West Ham to spend £30 million on a player, so I hope they’ve got it right and that the guy can help them climb the table.”

Before the first international break of the season, Arsenal were thumped 5-0 by Manchester City, with the Gunners’ Granit Xhaka being sent off in the first half. Are you surprised that Xhaka’s remained at the club for as long as he has considering the many times he’s let the club down with his lack of discipline?

“Yes I am. I’m not even an Arsenal fan and he frustrates me to a point. I reckon if you had asked Arsenal fans who hadn’t watched the match ‘somebody got sent off today, who was it?’ every single person would have picked Xhaka. Every. Single. One. I don’t see how there’s going to be longevity in that mentality. He’s had more negativity than positivity in the last few years so yes, I am very surprised he’s still there.

“Arsenal fans must be pulling their hair out.”

With this summer’s activity, the Premier League has once again asserted itself as the biggest and best league in world football. Just look at the firepower: Romelu Lukaku. Harry Kane. Mohamed Salah. Jamie Vardy. Edinson Cavani. And now Cristiano Ronaldo. Who are you backing for the Golden Boot this season?

And finally, has this summer’s transfer activity changed your opinion towards the Premier League title race?

“Not really. Manchester City are always going to be there. Chelsea were improving anyway and now they’ve bought well this summer.

“Every side tries to improve every year. Obviously it doesn’t always work like that, but at the start of the season I thought it was going to be between City and Chelsea and - it hurts me to say it - even Manchester United. They were knocking on the door and they had a terrible home record. If they get that right then they can get an awful lot more points this year.

“But I think the title is going to be between those two teams - Manchester City and Chelsea. Maybe three.”