Glen Johnson on Brendan Rodgers to Man United links: “Brendan would be a good fit” 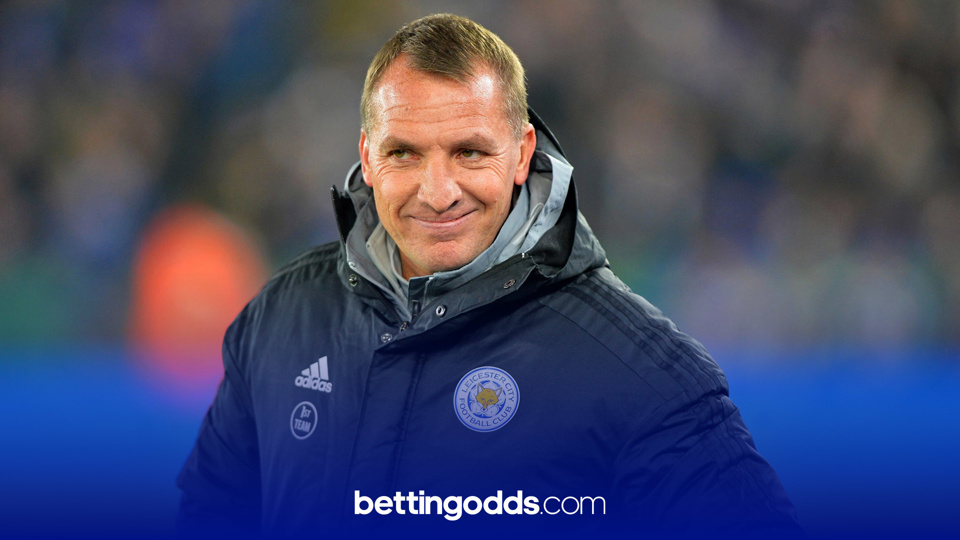 Glen Johnson believes that Brendan Rodgers would be a good fit for Manchester United.

Manchester United have finally parted ways with their manager Ole Gunnar Solskjaer and now speculation is rife regarding who’s going to replace the Norwegian.

Leicester City manager Brendan Rodgers is currently one of the frontrunners for the open vacancy at Old Trafford and we’ve caught up with Glen Johnson, a man who played under Rodgers during his time at Liverpool, to discuss whether he believes his former gaffer has the capabilities to manage the Red Devils.

Your former manager Brendan Rodgers is one of the bookies’ favourites to become the next Manchester United manager. Do you believe he would be a good appointment for the club or do you think they should be setting their sights a bit higher? Who do you think would be a good interim manager option for United until the end of the season? Your former teammate Michael Carrick is currently occupying that position.

“It’s a tough one. I think long-term they need a manager who’s going to come in and not be starstruck, if you know what I mean. I think they need a manager who’s worked with big names and big clubs in the past. I think short-term someone like Michael Carrick is a good option. Mike knows the club inside out, he’s going to have the respect of the players and, you know, and “I don’t mean this in a disrespectful way, he can’t do much worse. What’s the worst that could happen? I think let Mike take the seat for now and take your time and be patient with it. I’m sure coaching and management is what Michael wants to do. He wouldn’t have gone through all this if he didn’t want to take a seat somewhere one day, I’m sure. I know Mike well, he’s a great lad, obviously loves his football. I’m sure he’d like to become a manager one day. Whether it’s at United or not, in terms of long term, I’m not so sure. But he’s got a chance. Hopefully he can improve things and learn stuff along the way, and hopefully if he wants it he can keep the seat.

“I do, however, think Brendan would be a good fit but I don’t know how Brendan feels. He’s obviously not from Liverpool and whether Manchester United are struggling or not, they’re still a massive club so it would be hard for a ‘neutral’ manager to turn down. But I think it would make Brendan think twice, for sure. Manchester United and Liverpool is a big rivalry, and, though he was only there for a couple of years, him becoming Manchester United manager would undo what he achieved at Liverpool.

“I think Brendan plays good football and he would certainly get the players playing. But whether the likes of Cristiano Ronaldo buy into that and everything he’s going to do, I’m not so sure. I don’t know who, but I think whoever gets the Manchester United job has got to be a manager who’s been with these sorts of players and that level of club before.”

If Brendan Rodgers was to depart Leicester midseason, your former England and Chelsea teammate Frank Lampard is rumoured to be interested in becoming Rodgers’ successor. Do you believe the longer Lampard spends time out from management will have a negative impact on his appeal to clubs?

“Yes. You know what it’s like. It’s the out of sight, out of mind attitude. I’m sure Lamps is being proactive in terms of trying to get a seat and, as we know, these managerial seats at these good clubs don’t come around often. If the seat at Leicester does become available then it’s a fantastic football club with bloody good players. He’d bite your arm off for the chance.”

Another former teammate of yours, Steven Gerrard, has now taken the reins at Aston Villa. When you were playing together with England and Liverpool, did you ever expect him to become a Premier League manager and do you believe this recent move is a step up from his job at Rangers?

“Stevie lives for football so I was always expecting him to be a manager one day. Of course you never know when, it’s all about timing. It doesn’t surprise me that Stevie is a manager in the Premier League at all and in terms of the move from Rangers to Aston Villa then, yeah, it’s definitely a step forward. He’s achieved what he can at Rangers. He brought them back from the dead. He stopped Celtic getting the 10th title. He’s done all that he can do there. But he’s seen that the door is open at a fantastic club in the best league in the world. You don’t like people walking away from clubs but he’s gone to Rangers, done a great job and surely they appreciate what he’s done.

“As a player I wouldn’t have wanted him to leave but I would understand why he has. These opportunities you can’t turn down lightly. Now he’s in a totally different, competitive league and he’s at a big English football club. There are only 20 seats in the Premier League for starters so if somebody else had taken the Villa job, they might have done a good job and be there for the next 12 years. That seat might never become available again. I think Stevie’s done the right thing and it’s a very good appointment.”

According to reports in Spain, Raheem Sterling prefers a move to Liverpool over Barcelona as he wants to stay in the Premier League. He’s struggled for gametime at Manchester City this season, but considering they already have Mohamed Salah and Sadio Mané in those wing positions, do you believe he’d equally struggle to get into Liverpool’s starting XI?

“If it’s genuinely between Liverpool and Barcelona then it’s no competition considering where both clubs are at the moment. Liverpool could certainly do with a player like Raheem but he would probably struggle initially to get into their starting eleven as both Salah and Mané are on flames at the moment. However, they can’t play 60 games a season each either. There would certainly be an opportunity for Raheem to fight for a space at Liverpool. He’s still a world class player and I’m sure Liverpool would like the chance to re-sign him.”

Christian Pulisic was on the scoresheet this weekend for Chelsea against Leicester City. He’s consistently been linked with a move away and this week he’s been linked with a transfer to Liverpool. Jürgen Klopp did sign him for Borussia Dortmund in 2016, so do you believe the interest could be real? Could you see Chelsea selling him to a Premier League rival?

“I definitely think there'll be interest from Liverpool. I’m a big fan of Pulisic as he’s a great player who’s been unlucky with injuries and game time. I’m not sure Chelsea would want to sell a key figure, who’s an attacking threat and can score and create goals to one of their biggest rivals. If a move became likely between the clubs then Liverpool would have to pay more than any other club as Chelsea would be more reluctant in allowing the move.”

We’ve previously spoken about the prospect of Antonio Rüdiger leaving Chelsea on a free this summer but fellow defender Andreas Christensen’s contract also expires at the same time. Would it be a disaster for the club to lose two centre-backs of their calibre for nothing?

“From a business standpoint, it would be a disaster. Whether the club wants them both there long term is irrelevant because to replace those two players you’re going to have to spend an absolute fortune. Even to give them both a year long deal with the intention of selling them after six months would make more sense than letting them walk out on a free. It would be terrible business regardless of whether the club fancies them as players or not.”

Eden Hazard’s struggles at Real Madrid have been well documented and he’s now linked with a Premier League return with Newcastle United. The Magpies are currently five points adrift of safety in the Premier League table, but somebody has to be the first marquee signing for this new era at Newcastle. Would it be a good move for the player and the club?

“Right now I’d have to say no. Obviously we’ve all been fans of Eden for years but if we’re honest he’s waved the white flag the last few. So if he goes to Newcastle, is he going to be the man who walks into the dressing room and gets everyone rallied and wants to fight every weekend to stay in the Premier League? I’m not so sure. Obviously when things are going rosy he’s unreal but I’m not sure he’ll be one of those players that you’d want in the trenches with you. And I think it would be a bad move for Newcastle. They need players who can roll their sleeves up and really go to war with teams, certainly in the early days.”

Jesse Lingard, with less than a year remaining on his Manchester United contract, is rumoured to be available for £10 million in January. Do you believe a move for this amount is a no brainer for West Ham?

“At West Ham we saw how much Jesse enjoyed his football and the performances he got back to. For £10million, I’m not being funny, who can you usually get for that price? You can’t get much of a player nowadays. So if they can take him, he knows what he’s walking into, the club are doing great at the moment, he knows the team, and it’s a lot less risky a move than it is to sign for Newcastle right now. I think he should go to West Ham, he clearly enjoyed it there and he knows what the club thought of him. Surely he’d want it all back. West Ham and Newcastle are in totally different positions at the moment but that could all quickly change with the plans Newcastle have got. But right now, with Newcastle, he doesn’t know what he’s walking into. Sometimes the grass ain't greener.”

And finally, has your opinion on who’s going to win the Premier League changed?