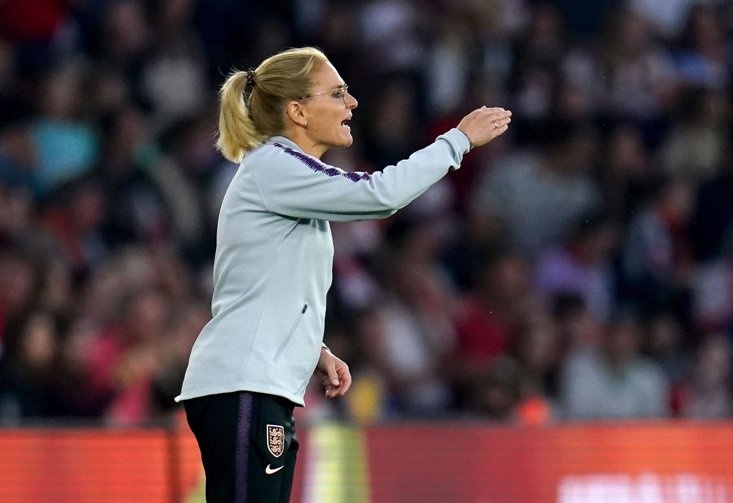 It’s almost 55 years to the day since England faced Germany in the World Cup final at Wembley and on Sunday the Lionesses have the chance to bring football home as they face Die Mannschaft in the European Championships final. Here at BettingOdds.com we’ve put together a Bet Builder that we like the look of that can be backed at 16/1 with bet365.

Tuesday night was one that will live long in the memory for England fans as they thumped Sweden 4-0 to reach the final of the tournament. Alessia Russo’s back heel will go down as one of the most replayed goals ever with the England side inspiring a new generation of young female supporters.

There is now the small matter of seeing off Germany in the final, and potentially righting a few wrongs of the men's team final against Italy last year. Germany have won eight of the 12 renewals of the women's European Championships and it’s fair to say that the two best sides have reached the final on this occasion.

England are priced at 6/4 to win the game inside 90 minutes and are 4/5 to lift the trophy. The Germans can be backed at 15/8 to be victorious in normal time, while they are 19/20 with bet365 to lift the trophy for the ninth time. This will be England’s toughest test so far in the tournament and we’re staying away from the match result and have picked out a Bet Builder Double at 16/1.

Beth Mead has been one of the stand-out players for England at this summer’s tournament and is the current joint top goalscorer, with six to her name. The 27-year-old is also the new favourite to win the Sports Personality of the Year award, as short as 15/8 with Paddy Power after being 50/1 with William Hill pre-tournament.

Back to the matter in hand and Mead has netted six goals in the tournament from just 11 shots. All six of her shots which hit the target have resulted in goals at the Euros, and for this reason I like the look of her at 3/1 to find the net with bet365, in comparison to just 1/3 on show for her to hit the target. Since Sarina Wiegman was appointed head coach, Mead has 33 goal contributions in just 19 matches. A player who seems to be growing in confidence every game and with the Golden Boot up for grabs here, I expect her to let off a good few attempts on goal.

Paired with Mead to score is Germany’s Alexandra Popp to have over 1.5 shots on target in the 90 minutes. This is available at 7/2 as a single with bet365 and takes our double, up to a very backable 16/1.

Alexandra Popp is also the joint-top scorer in the tournament with six at the Euros. All of her goals coming from inside the penalty area so far and when it comes to shots on target, only Sweden and Arsenal forward Stina Blackstenius has recorded more. Popp is incredibly dangerous inside the penalty area and will be Germany’s biggest threat in front of goal on Sunday. She’s amassed seven shots on target in her five appearances at the Euros and she looks a nice prospect to register two or more against England.

I do feel the final scoreline slightly flattered England against Sweden, who had a flurry of good chances at the start of the game and could have been two or three up inside the first 20 minutes. Good luck to those tailing the picks on Sunday. The game can be seen live on the BBC, kicking off at 5pm. 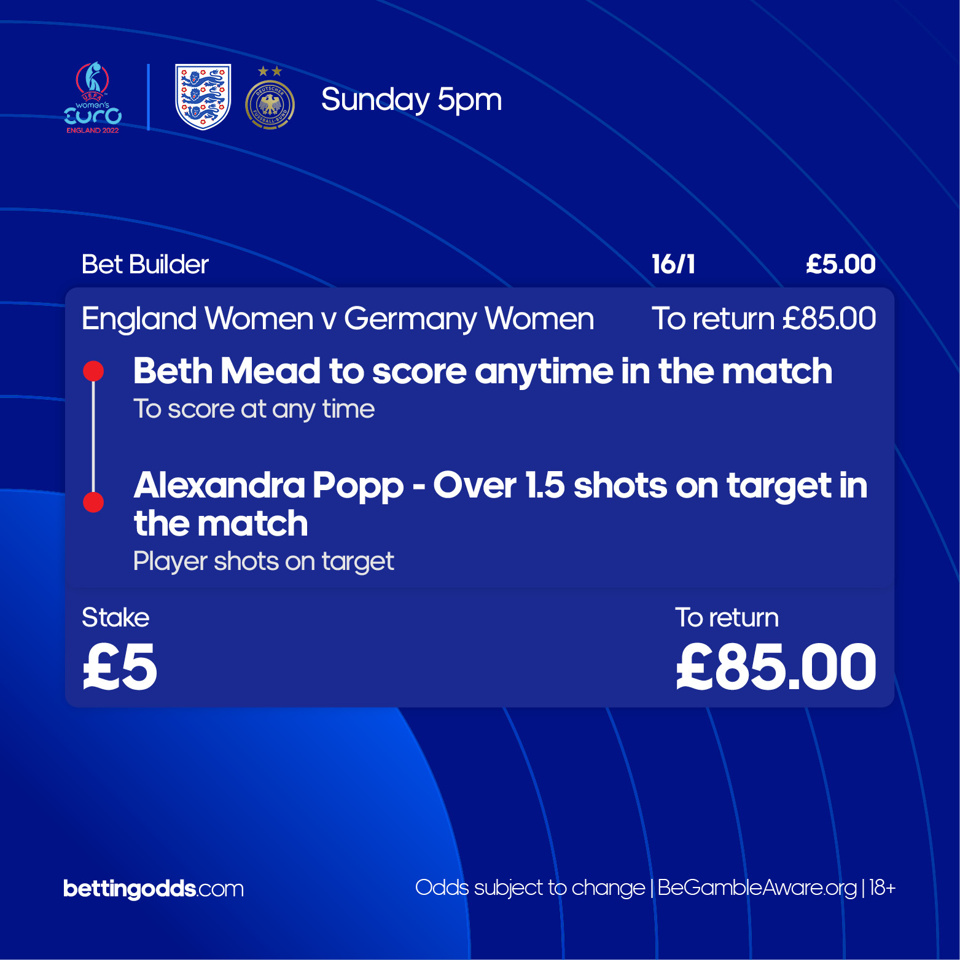