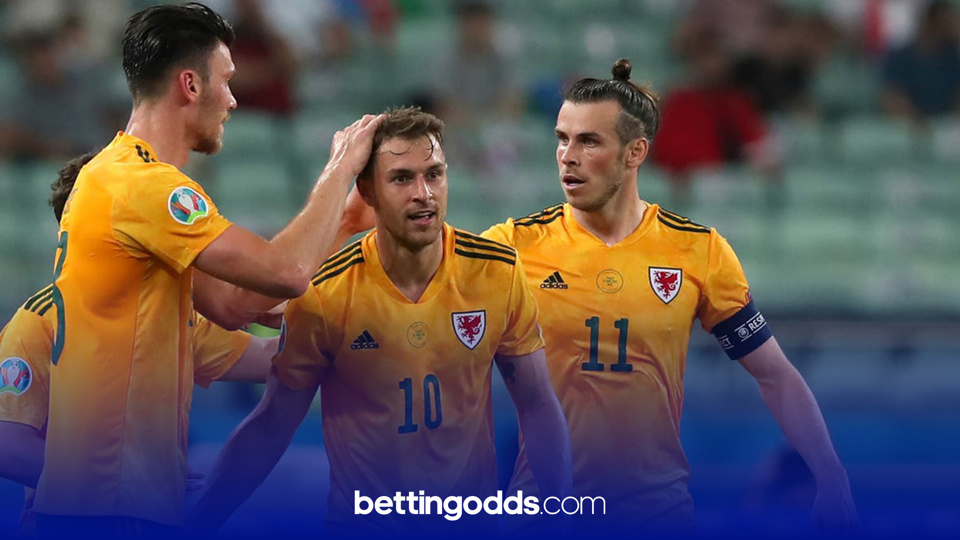 Wales finished second in Group A and find themselves in the knockout stage of a European Championship for the second time running. Rob Page guided his side through a group in which many tipped them to struggle and they are now just 90 minutes from a place in the quarter-finals.

Denmark are the opposition that Wales must overcome, with the two facing off in Copenhagen at 5pm Saturday. The Danes are the current favourites to qualify for the quarters, priced at 2/5 with Paddy Power, an implied probability of 71.4%. Wales can be backed at 15/8 to qualify and we’ve provided you with our cheat sheet for the match, giving you all the data you need for your bets.

Ethan Ampadu will miss the game through suspension after being sent off in the defeat to Italy last Sunday. Christian Eriksen remains the only absentee for Denmark who will fancy their chances of progressing. 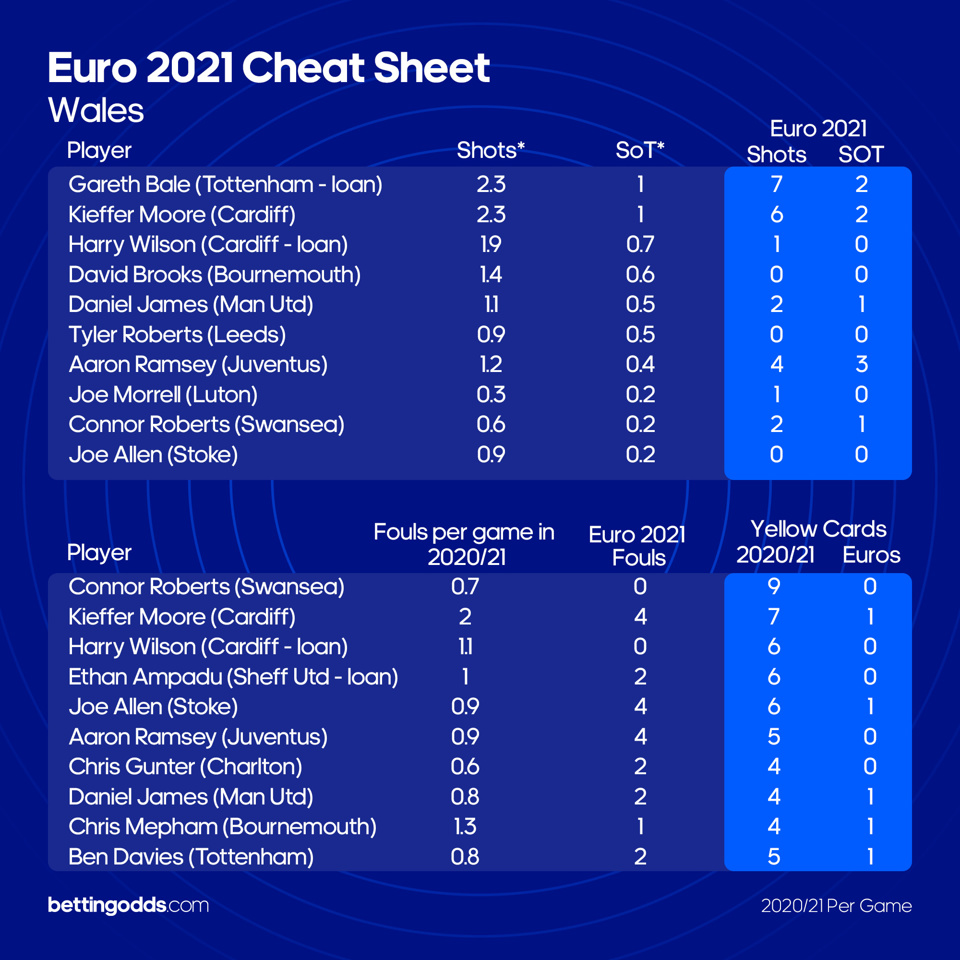 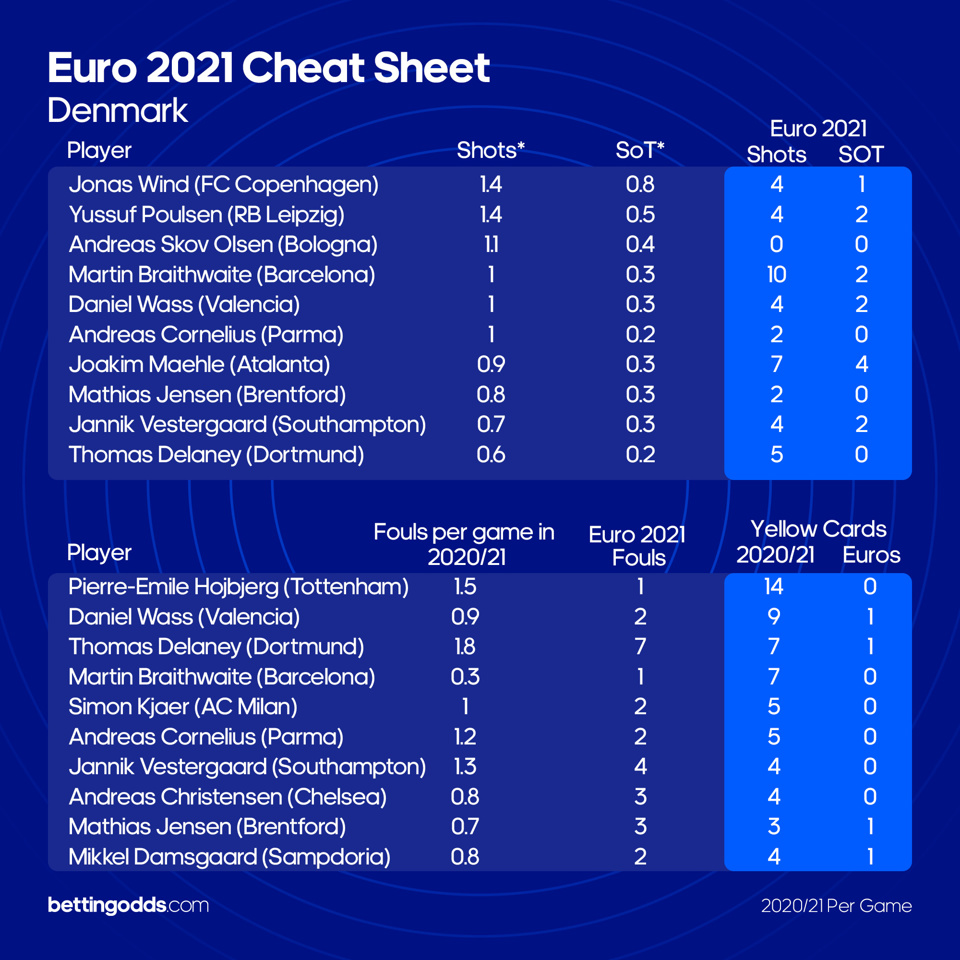 One player who has been a bit of a cash-cow in the shot markets during the group phase is Denmark’s Joakim Maehele. The left-wing-back has registered 2+ shots in all three of his appearances at the tournament so far which has been priced around 5/1. Furthermore, the 24-year-old who plays for Atalanta has also registered 2+ shots on target in his last two games, against Denmark and Russia.

Another Denmark attacker who needs some consideration in the shot markets is Barcelona’s Martin Braithwaite. The ex-Middlesbrough man has attempted the most shots of any Denmark player at the tournament including seven against Belgium. Braithwaite should be presented with a few chances in what could be an open game and we wouldn’t put anyone off adding him into their bet builder for 3+ shots in the game.

Cards have not been shown as regularly in the group phase as many punters hoped they would and we think the average will increase in the latter stages of the tournament. Wales’ Kieffer Moore has put in a few good shifts for his country so far should start again against Denmark.

The striker has been shown a yellow card at the Euros already and picked up three in three starts for Wales in their Nations League matches last season. No player for Wales has committed more fouls at the tournament than Moore and it would be no surprise to see him cautioned in this huge game for his country.

You can find a range of football tips here on BettingOdds.com for every Euro 2021 match and if you are having a bet, please do so responsibly. 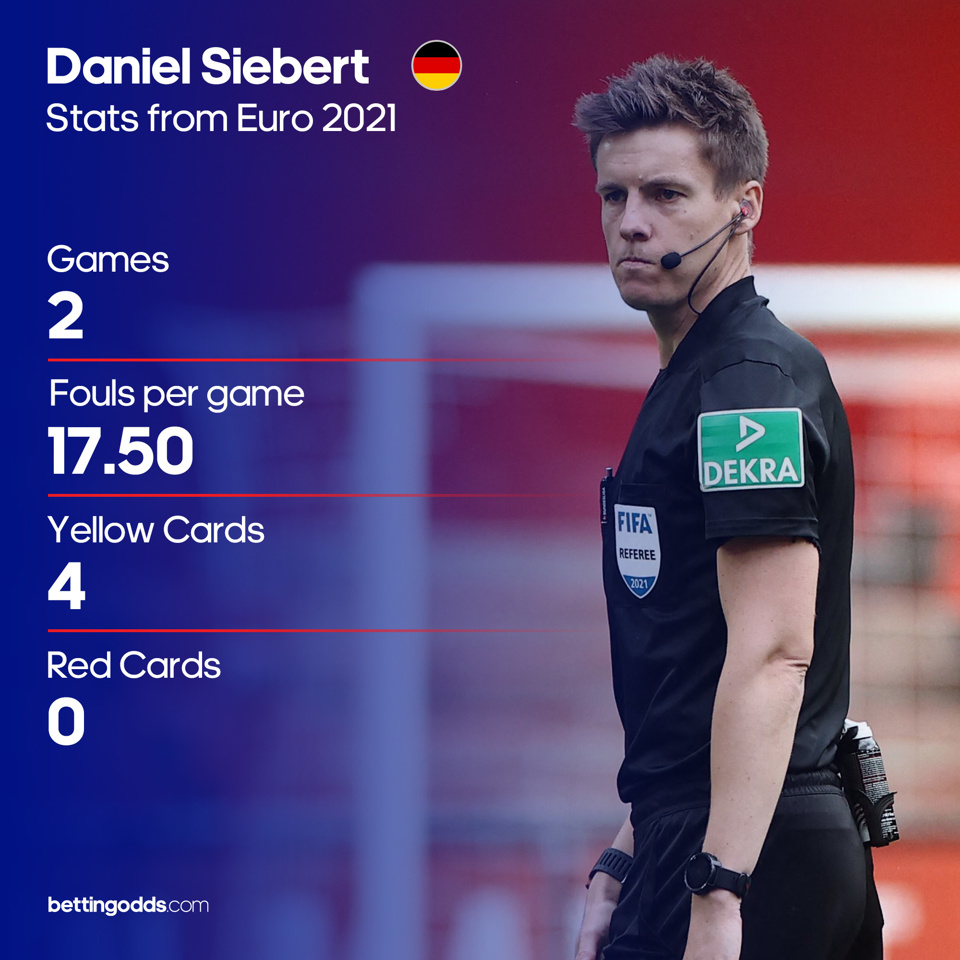