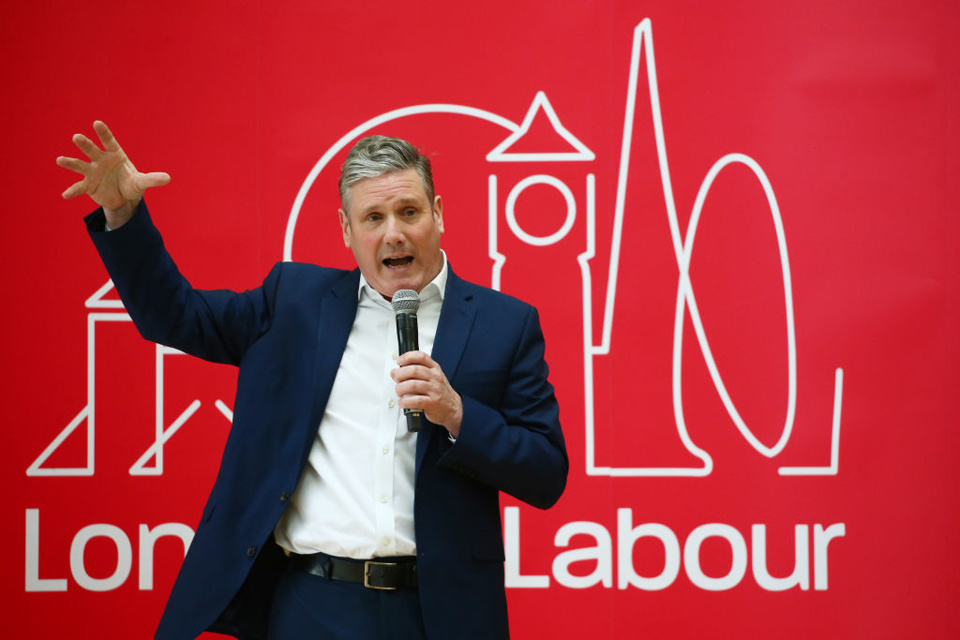 Sir Keir Starmer can lead Labour to a big by-election win if the odds are to be believed
By Neil Monnery
11:57 Tuesday 19th April 2022 - 4 minute read

By-elections for the governing party are rarely plain sailing but even so - the recent history for Boris Johnson has been rather choppy waters. Now the Tories will have to defend a so-called ‘red wall’ seat gained in 2019 and the bookies do not expect them to do so.

Neil Monnery takes an early look at the betting ahead of the Wakefield by-election, which should happen at some point later this summer...

Conservative MP for Wakefield, Imran Ahmad Khan, was found guilty of assaulting a 15 year-old boy. Despite initially saying he was going to appeal the verdict and attempt to stay on as an MP, he announced last Thursday that he would indeed be stepping down from his position whilst continuing his legal proceedings in an attempt to clear his name.

That statement meant that a by-election writ would be moved in the House of Commons in due course to elect a new MP for the seat, one which hadn’t returned a Member of Parliament who didn’t wear the red rosette of Labour since 1931 before the 2019 General Election.

Don’t be fooled however into thinking of this as a traditional red wall seat despite it posting a 66% Leave vote back in the 2016 EU Referendum as the Tories have been knocking on the door of taking the seat ever since the 1979 General Election, with only the John Major close win of 1992 and Tony Blair years seeing significant majorities for Labour.

This then on paper should be a real slugfest but the early odds indicate that Sir Keir Starmer and the Labour Party are expected to pull off the big win with BetFred (1/8) the best price available at the time of writing. Don’t be at all surprised by this because the Conservative Party are languishing in the polls and are strewn with political scandals from the top down. This by-election will also come on the back of a Cost of Living crisis, which is affecting constituents up and down the land.

The ‘Partygate’ scandal, which has seen a sitting Prime Minister found guilty of breaking his own Coronavirus rules has not gone down well. His colleagues are rallying around claiming it was a very small issue and with more important things going on in the world, it should basically be a footnote at best. The problem with that attitude is millions of people did follow the rules and knowing the Prime Minister was having a short birthday party makes them feel stupid for obeying the law. Stories of people being given huge fines whilst the PM and Chancellor of Exchequer get a £50 slap on the wrist also boils the blood.

This by-election won’t be played out in front of a backdrop of the House of Commons being paralysed by Brexit either. In 2019, many just wanted it over so the government could get on with the job of governing the country. This time round it will be yet another referendum on how they are doing having been given the green light to get on with running the country.

They flunked that referendum in Remain voting Chesham & Amersham but when they got beaten by the Lib Dems in North Shropshire, it showed that this wasn’t just a small protest vote in a leafy area. If Sir Ed Davey’s party are beating the Tories in a big Leave voting area, anything goes in by-elections.

Labour won’t be putting forward former MP Mary Creagh as the 14-year veteran of the role has announced that she won’t be seeking the Labour nomination for the seat. Whoever gets the nod though will start as a very short-priced favourite to give Boris Johnson another by-election bloody nose.

The truth is the pressure will be off Boris Johnson in terms of how the media will portray the result. Yet a big defeat will see plenty of the 2019 intake of Tory MPs feel very uneasy about their chances of retaining their seats at the next General Election and that in itself could cause the PM problems.

For Sir Keir Starmer, this should be an open goal. Leading his party to victory and putting in a performance where they clear 50% of the vote seems more than feasible. Doing so would give him ample ammunition to signal that he’s taking Labour in the right direction as they look to win the next General Election.

A win with under 50% will give those in the party still loyal to two-time General Election loser Jeremy Corbyn something to crow. They still want the party to move further left as they believe principle is more important than victory and with it, the power to enact policies. So a strong victory here will shore up his own position along with showing the country that Labour to where they can win swing seats.

George Galloway has signaled that his Workers Party of Britain will field a candidate along with the Yorkshire Party. This is likely to muddy the waters a little bit but a Labour romp is the rightful favourite as the contest starts.