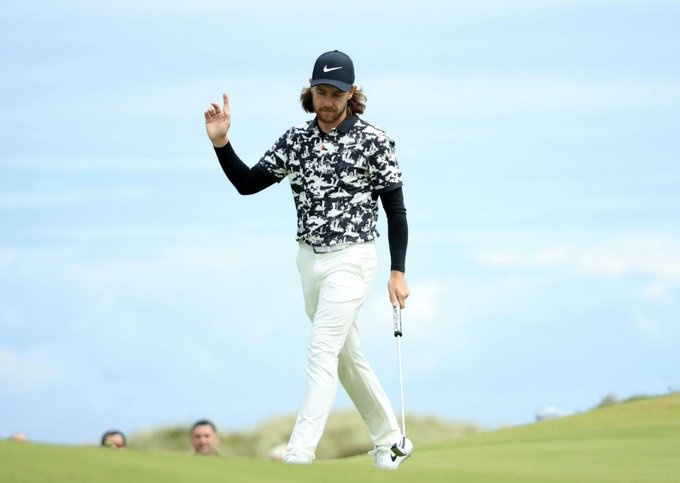 The European Tour will hope the UK Swing attracts the calibre of Tommy Fleetwood back to the course.
By Russell Palmer
11:51 Sunday 31st May 2020 - 6 minute read

The government gave the green-light on Saturday for top level sport to return in the UK behind closed doors from June the 1st. With horse racing and greyhounds the first to resume on Monday, the Premier League have already pencilled in plans to finish off the 2019/20 season later in the month.

Last week, the European Tour announced its plans for resumption of a season which ground to a halt on March 8th, with an exciting looking 'UK Swing' which will be played over a six week period from July 22nd over six different courses in England and Wales.

The announcement had golf fans and punters all of a buzz, with the return of some iconic golfing venues on the menu.

The tournaments will be played behind closed doors and follow on from the PGA Tour's example, with their season set to resume next week with the Charles Schwab Championship.

The venues have been specifically picked due to their resort status, with plenty of room to house the competitors and those involved in the tournaments on-site in their hotels.

The governing body also announced that as it stands, they will try and finish the European Tour following the conclusion of the UK Swing at the end of August, with the remaining tournaments, plus the Ryder Cup, scheduled in right through to November.

With nearly two months prepare, it's still going to be some time before the odds compilers put their markets together, but we have a closer look at what we can expect specifically with the UK Swing in mind.

The return of some old favourites

The UK Swing will tee off on Wednesday 22nd July with the British Masters hosted by Lee Westwood. The tournament was already on the original roster this season and follows on from being hosted by the likes of Justin Rose, Ian Poulter and Luke Donald in recent seasons. Taking place at Close House in the north east, the tournament has been moved forward a week than it was originally scheduled.

Westwood is the attached professional at Close House which could give him an edge when the tournament is played. The former World Number One tweeted from the course this very week, as he enjoyed a round with Alan Shearer.

The British Masters was staged at Close House in 2017, with Irishman Paul Dunne coming out on top beating a strong field which included Rory McIlroy (2nd), Open champion Shane Lowry (7th), plus the likes of Sergio Garcia (MC) and Westwood who finished on one under par in a tie for 15th.

Time will tell whether current World Number One McIlroy will participate in any of the European Tour events. McIlory has been priced up at 7/1 favourite for the Charles Schwab Championship which begins on Thursday but will be looking to play in Europe given it's Ryder Cup year and as it stands the tournament hasn't been cancelled. The USA will be looking for revenge at Whistling Straits on the 25th September and the bookies have them as 8/11 favourites in the Ryder Cup betting.

We're back and starting with the UK Swing 🎥

The UK Swing then moves onto the English Championship at Hanbury Manor in Hertfordshire at the beginning of August, a venue which also hosted the English Open for three years between 1997-99, won by Per Ulrik Johansson, Lee Westwood and Darren Clarke.

Events four and five on the UK Swing both take place at the Celtic Manor resort in Wales. Given the resort has multiple golf courses we can only assume the back-to-back events will take place on different courses, although details have yet to be released.

Celtic Manor famously hosted the 2010 Ryder Cup, captained by Colin Montgomerie and won in dramatic circumstances by a Graeme McDowell putt on the 17th hole on a Monday following a weekend disrupted by the weather. The venue has hosted European Tour events prior to this year's Celtic Classic (13th Aug) and Wales Open (20th Aug).

The Celtic Manor Twenty Ten course hosted the Wales Open for 15 years, with winners including Joost Luiten (2014), Thongchai Jaidee (2012) and Alex Noren (2011). We're still waiting to see what kind of fields these events will have and whether the likes of these three will be able to line up in Wales.

Rounding off the UK Swing is the UK Championship from The Belfry in the Midlands. An iconic venue for European golf fans, The Belfry hosted four Ryder Cups at the height of when Europe began to see some real success in the competition. Winning three of the four Ryder Cups held between 1985 and 2002, the venue has become synonymous with English golf having also hosted the British Masters, International Open, English Open and English Classic.

Although the last European Tour event was played twelve years ago, course winners such as Lee Westwood, Paul Casey and Henrik Stenson could well be lining up on Thursday 27th August to complete the UK Swing.

As well as the fans and punters keen to see golf back, the players also took to social media to give their thoughts. Ryder Cup winning captain Thomas Bjorn said on his Twitter account: "Off to the range to see if I remember which end to hold on to!!! Excellent news. I'm excited." Whilst Andrew 'BEEF' Johnston said: "Huge well done to the tour. Such a crazy difficult time. Let's all pull along and help each other."

Beyond the UK Swing

As mentioned, the European Tour plans to resume the rest of its schedule for the 2020 season following the UK Swing. Details have yet to be confirmed which events will take place from September to November exactly, but the European Tour have provided new dates for the four valuable Rolex Series events; the Scottish Open, the PGA Championship from Wentworth, Nedbank Golf Challenge from Sun City in South Africa and the traditional season closer, the DP World Tour Championship from Jumeirah Golf Estates in Dubai.

It'll be interesting to see how these events go with no crowds at the tournaments. We'll get an idea next wing with the Charles Schwab Championship from Colonial Golf Club in Texas on the PGA Tour and we'll be previewing the event for BettingOdds.com.