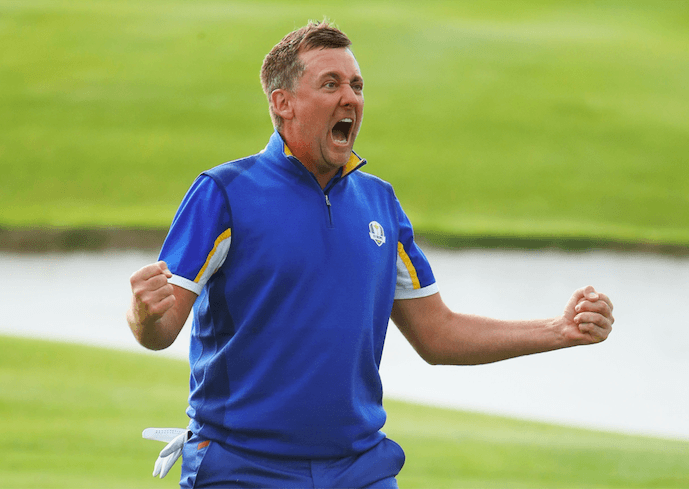 Padraig Harrington’s 12-man Ryder Cup team has been assembled ahead of the big tee-off this Friday at Whistling Straits.

Europe, who have won four of the last five editions, have previously thrived on team spirit and togetherness; elements they’ll look to draw on over the course of three frenzied and fascinating days of world class golfing action.

The visitors head to Wisconsin priced at 9/4 to return home with the spoils, however it’s the big-hitting Team USA that have been installed as the 8/15 favourites to recapture the trophy in front of their own supporters. Meanwhile, a tie is available at 12/1.

Below we take a look at three betting markets for Team Europe; featuring odds on the continent’s top points scorer, top wildcard, and top rookie.

The Ryder Cup is a unique test of a player’s composure, ability to handle an environment of immense pressure, and to operate effectively and efficiently within a team structure.

The blockbuster duo of Jon Rham and Rory McIlroy will undoubtedly be pivotal cogs for Team Europe. A combined three points from eight matches in France was far from eye-catching from the pair, yet this course should suit them both.

World No.1 Rahm is the 7/2 favourite to be Europe’s top points scorer in a year in which he’s won the US Open and finished in the top-8 of the other three majors. McIlroy meanwhile is well worth a look at 5/1 given his experience and the amount of matches he’s likely to feature over the course of the three days.

Tommy Fleetwood catches the eye at 8/1 considering that he has an 80% win rate, having won four of his five matches en route to being crowned Europe’s top points scorer three years ago. Europe’s record pointsman Sergio Garcia, 12/1 to top score for his team, bagged three wins in 2018 and will be bidding to add to his tally of 22 wins.

A wildcard has finished top or joint top-scorer for the European team in four of the last six Ryder Cups, so with that said debutant Viktor Hovland, the second-highest ranked European on show at World No.13, is available at 15/2 to follow in the footsteps of Fleetwood and collect the most points on his rookie showing. Fellow new face, yet experienced head, Shane Lowry can be found at 12/1, whereas Bernd Wiesberger is the 25/1 outsider.

Tyrrell Hatton and Paul Casey are both hovering around the 12/1 mark, Matt Fitzpatrick is 16/1, and Lee Westwood is a 22/1 long shot on his record-equalling eleventh appearance.

It’s a long course that doesn’t set up particularly well for wildcard Ian Poulter, who you could argue hasn’t thrived in the competition since 2012 with just two wins on the board during that time.

However, you’d be an idiot to write “The Postman” off. He has lost only six of his 22 Ryder up matches, has never lost a singles bout, and top scored in 2008, then 2012 with a sensational four wins from four games; he can be backed at 12/1 to be the top marksman again nine years later.

Poulter will, however, need to execute his game plan to perfection; utilising his experience, nous, and that pulsating passion to conjure up points, and a miracle moment or two.

An exciting and competitive market featuring three players who are proving rather difficult to split in the betting.

Since 1999 the vastly experienced Sergio Garcia has been present in every Ryder Cup team - bar 2010 - and has accumulated a European record 25.5 points along the way. His record and experience means it’s rather difficult to look past the Spaniard at 17/10 in the top European wildcard market.

Shane Lowry, 7/4, has the potential to thrive in a team environment as he looks to embrace the experience handed to him by skipper Paddy. It’s difficult to believe that the 34-year-old hasn’t been part of the squad before so you can bet that the 2019 Open champ, who is used to high pressure situations and was T4 at the PGA Championship, will be gunning to make up for lost time.

Can Ian “The Postman” Poulter deliver?

Making his seventh Ryder Cup appearance, Poulter has been involved in five winning teams. He relishes the electric atmosphere, turns pressure into putts, and at times - 2012 - he seems to even have an outer body experience. He’s 15/8 to prove that he was well worth the wildcard.

In their ranks the States have six rookies, while Europe have half that number.

Viktor Hovland will become the first Norwegian to play for Europe when he tees up at Whistling Straits. The 23-year-old recorded fourth at last week's Tour Championship and won the MW International Open in June and the Mayakoba Golf Classic back in December. It promises to be an exciting few days for the rookie who is 10/11 to register the most points of the three first-timers.

As discussed in the above category Shane Lowry, priced at 6/4 in this market, has the potential to become a key player for Europe. However, he’s previously failed to make two cuts at Whistling Straits which doesn’t bode particularly well.

Bernd Wiesberger, 5/1, is very much the underdog on the European team: not since 2006 has there been a lower ranked player in the field (he’s 61st in the rankings). But when he’s hot, he’s red-hot, justified in eight European Tour wins, however it’s worth noting that he’s not yet finished in the top-20 in 28 majors.