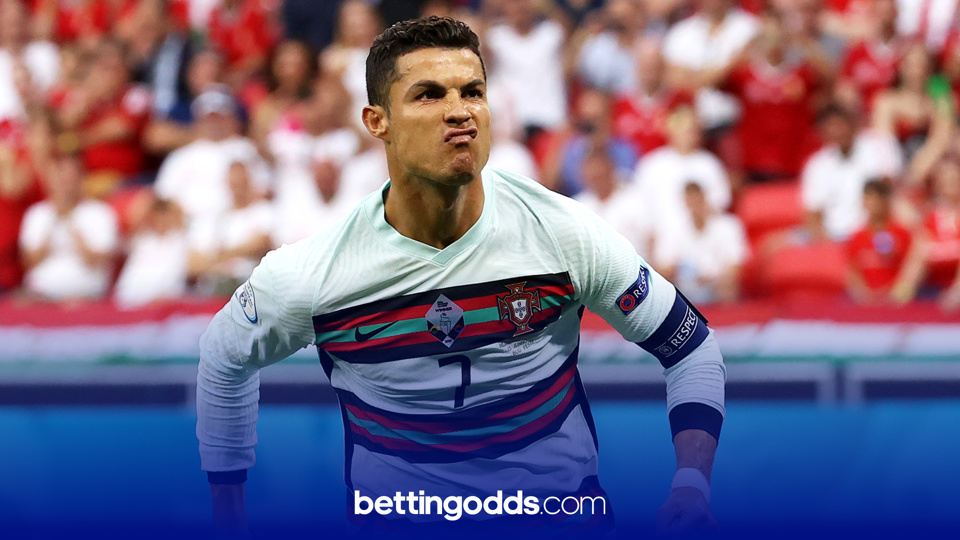 Cristiano Ronaldo left it late but got a brace to secure an opening game victory for the reigning champions over Hungary. This was Portugal’s biggest ever win in an opening game at the Euros and they will look to continue their momentum into their next game v Germany.

Three-time champions of this competition Germany suffered an opening game loss for the first time in their history in this competition against tournament favourites France. They will look to bounce back here against a strong Portugal side who could cause problems on the counter attack.

Hopefully this mouthwatering tie lives up to the spectacle we would like to see unlike Germany’s previous game v France. All sides in this group should qualify with expected wins over Hungary but Germany won’t want that pressure going into the final game so will likely approach this game on the front foot.

The last time these 2 sides met were also in the group stage but in the FIFA World Cup 2014. Germany ran out 4-0 winners in that game but both sides are in different positions to back then.

Portugal are likely to play on the counter for this encounter. Which should see the likes of Jota causing all kinds of problems for the German backline as France nearly did but were offside in their attempts.

So although I expect Germany to dominate that doesn’t mean that Diogo Jota will be in for a quiet game, the Liverpool forward has had 2 shots in his last 5 starts for his country including a game v Croatia who are tough opponents.

So as mentioned, I expect Germany to dominate the ball in this encounter having lost their 1st game so a win is so important here. I am expecting them to come out the blocks fast and really put Portugal on the back foot which the Portuguese won’t mind as this style of play was successful when they won the last Euros.

Diogo Jota's main reasoning is mentioned in the description of bet 1 where the Portuguese attacking player has had 2 shots in his last 5 international games.

Germany most definitely won’t want to go into the final game of the group needing a win against a Hungary side who are no pushovers and will potentially cause problems, so the attacking intentions against a counter attacking Portugal side will lead to a higher number of shots which raises the possibility of goal kicks, and by having final third possession and penalty box entries the probability of goal kicks is also more likely.

Having said all that, one of the main threats with all the talent in the German side, Serge Gnabry, will be a big threat for them and the German international isn’t afraid to have a shot at goal.