Defending European champions Portugal started their Euro 2021 campaign with a three goal win over Hungary on Tuesday. Two goals from Cristiano Ronaldo ensured that he became the all-time top goalscorer in the history of the European Championships as well as providing his team with the perfect start in Group F which also contains France and Germany.

Portugal will face a much stiffer test in the second match as they take on Germany on Saturday in Munich. Joachim Low’s side tasted defeat in Matchday one, as they went down 1-0 to France thanks to a Mats Hummels own goal.

Many people have dubbed Group F, the ‘Group of Death’ and Germany will be wanting to get some points on the board before taking on Hungary in their final game. It’s also worth noting that all three of Germany’s group games will be played on home soil. 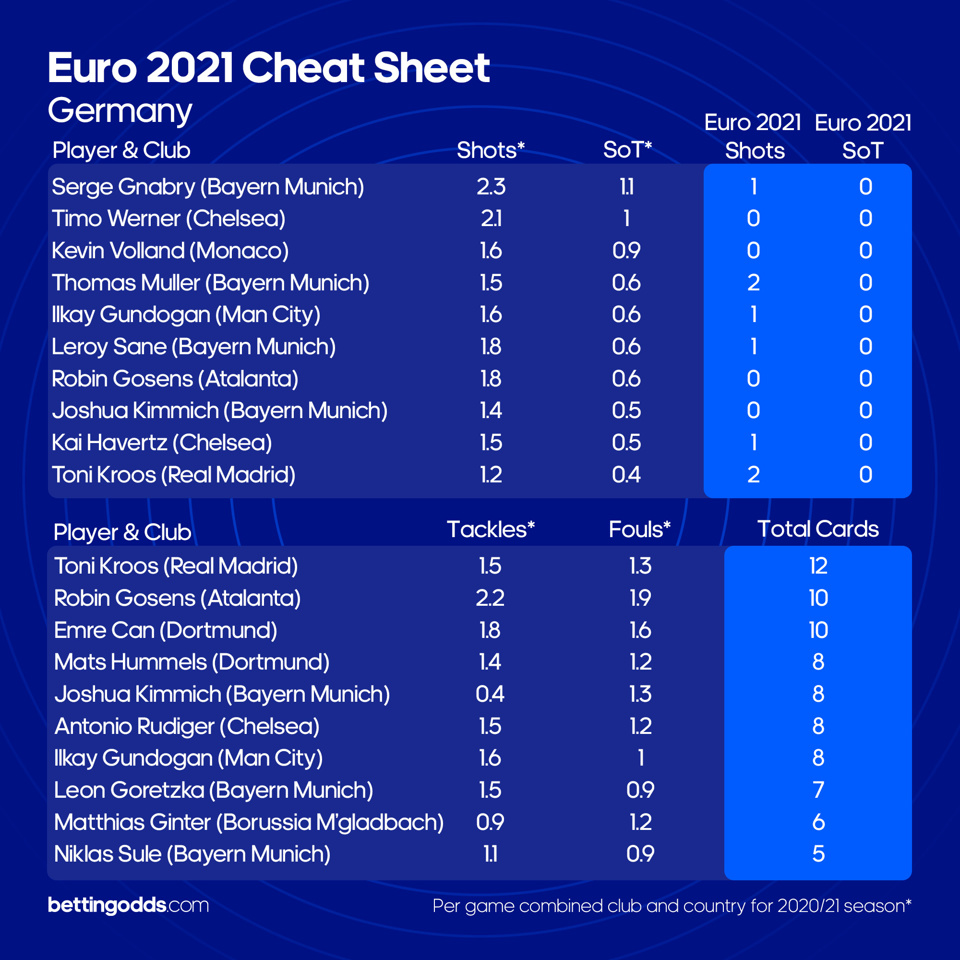 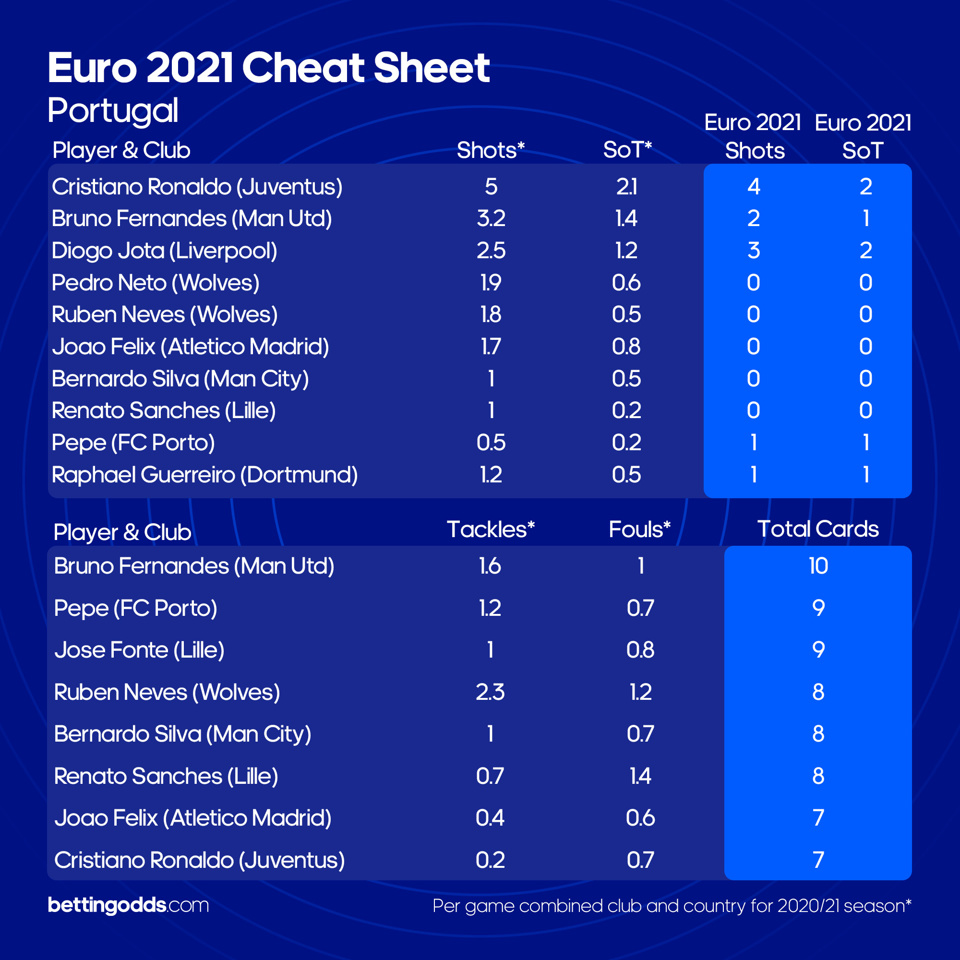 Despite losing 1-0 to France, Germany managed 10 attempts on goal in comparison to just four from France. The only man to register a shot on target for Germany was Antonio Rudiger who is certainly one to consider in the shot markets ahead of the game with Portugal.

Rudiger registered 11 shots on target in total for club and country last season. The central defender is a threat at set-pieces and has even been known to let off a shot from range as he did twice in the Champions League semi-final against Real Madrid. With 33 shots in total in the 2020/2021 campaign, Rudiger has a proven appetite for shots and we’d be recommending him to register a shot against Portugal.

Only Lionel Messi averaged more shots per game for their club this season than Cristiano Ronaldo, when looking at the top five European Leagues. With two goals in his opening game, CR7 showed us that the fire still burns inside and that he is as hungry as ever. Both Ronaldo’s shots on target resulted in goals against Hungary and we’d be including him in our bet builders to once again register two shots on target against Germany.

When looking to seek out a little bit of value in the ‘to be carded’ market, we feel that Bruno Fernandes is a player who often gets overlooked. With 10 cards in total for club and country this season, his petulance and mithering in the ear of the referee can often land him in trouble. Fernandes averages bang on a foul a game, and at 4/1 or bigger we’d be leaning towards him picking up a booking. 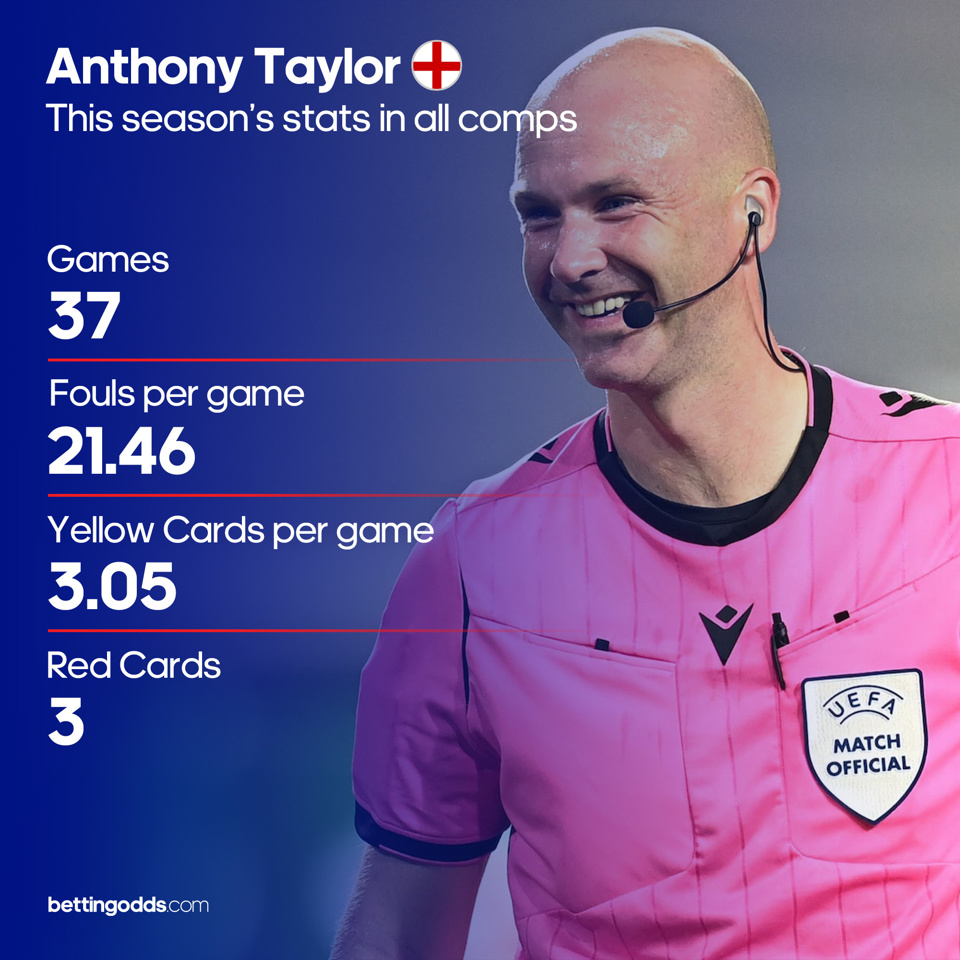