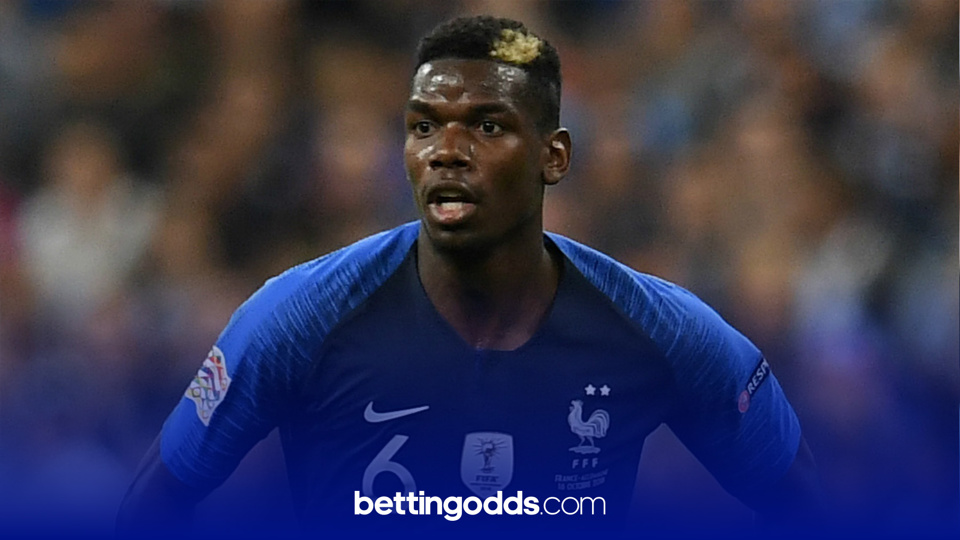 Portugal and France meet each other in one of the final games of the group stages at Euro 2021, with a win here vital for Portugal's hopes of qualifying for the last 16. France have already made it through but will want to qualify as group winners rather than runners up, so will be going all out to claim a victory at the Puskas Arena.

It won't be easy, however. Les Bleus were held to a 1-1 draw against Hungary in their last outing, while Portugal fell to a 4-2 defeat against an impressive Germany side in theirs. Whatever happens, with such quality on display from both teams this should be a cracker of a game with plenty of enticing betting opportunities. 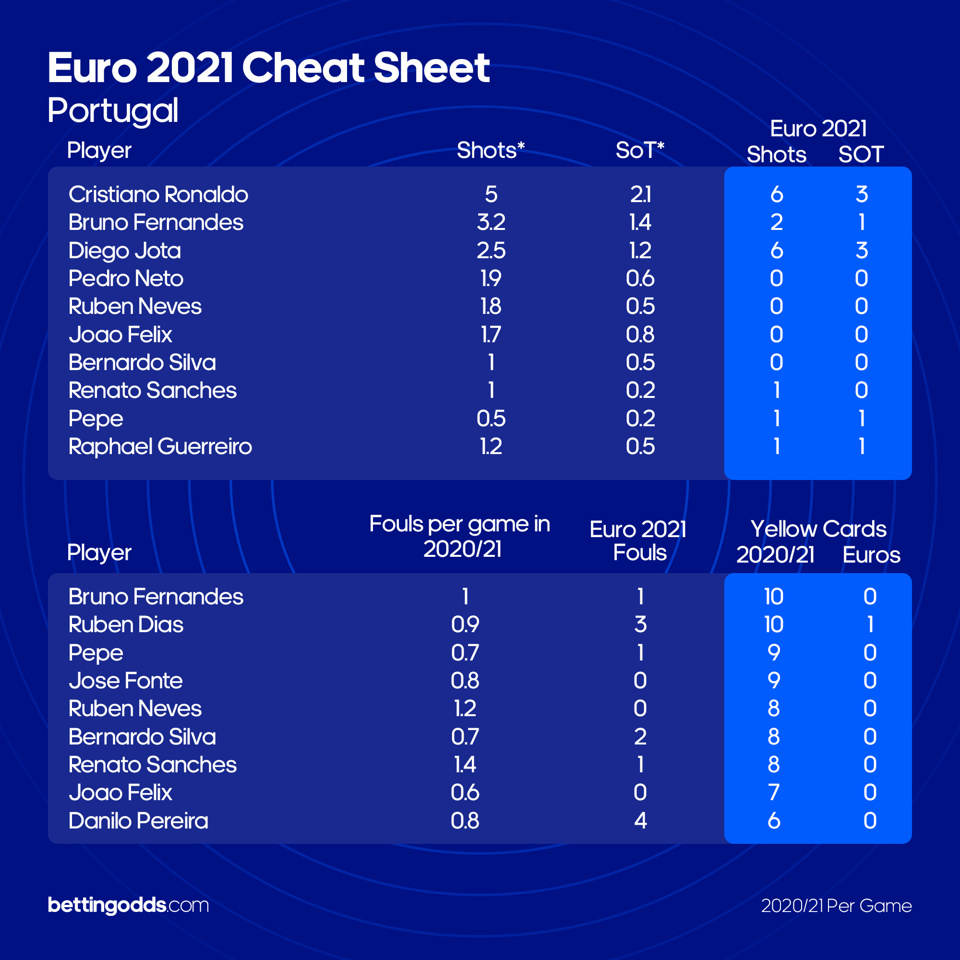 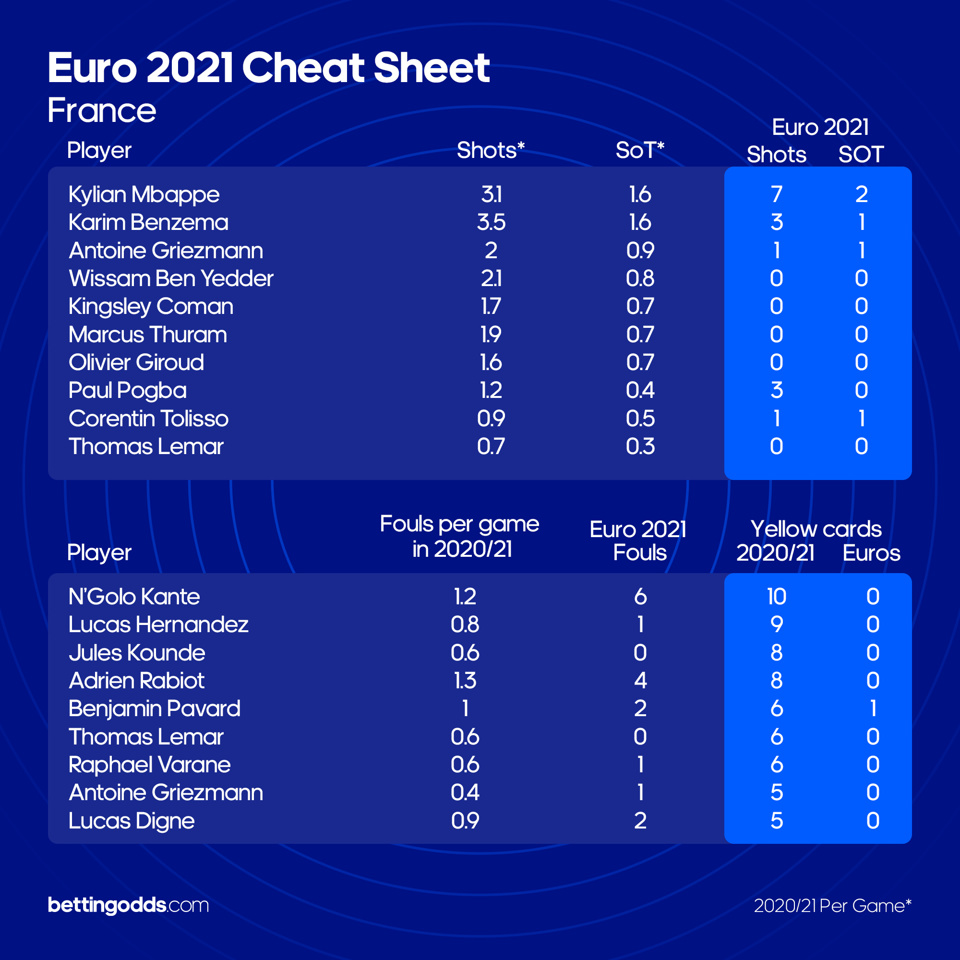 An interesting angle I'm drawn to is which players could find themselves carded. With qualification hanging in the balance for Portugal I'd be more inclined to look towards their players for this market as they will be desperate to regain possession and break up any France attacks.

One player who catches the eye is Danilo Pereira, who has so far committed 4 fouls at Euro 2021 - more than any player from his team. He pits his wits against N'Golo Kante, who is France's biggest offender when it comes to fouls with 6 committed so far.

This could be a really tasty battle in the middle of the park and with Danilo prone to making late lunges due to his somewhat laboured approach, I'd be fancying him to get carded over any other player - especially up against such an athletic and energetic France midfield.

In the shot markets it is Cristiano Ronaldo who always dominates the headlines but his teammate Diogo Jota has actually taken just as many as him so far with 6 in his opening two games - 3 of which have tested the keeper.

Jota would be my preferred play in this department given the dominance of Ronaldo and Bruno Fernandes usually sees them priced up as much shorter than the Liverpool man. For France, the same can be said of Kylian Mbappe, who has let off 7 shots at the Euros so far, with only 2 of those landing on target.

With this in mind, Manchester United's Paul Pogba could be a better angle price-wise, and he has began the tournament promisingly with 3 shots taken, although he is awaiting his first one to land on target. 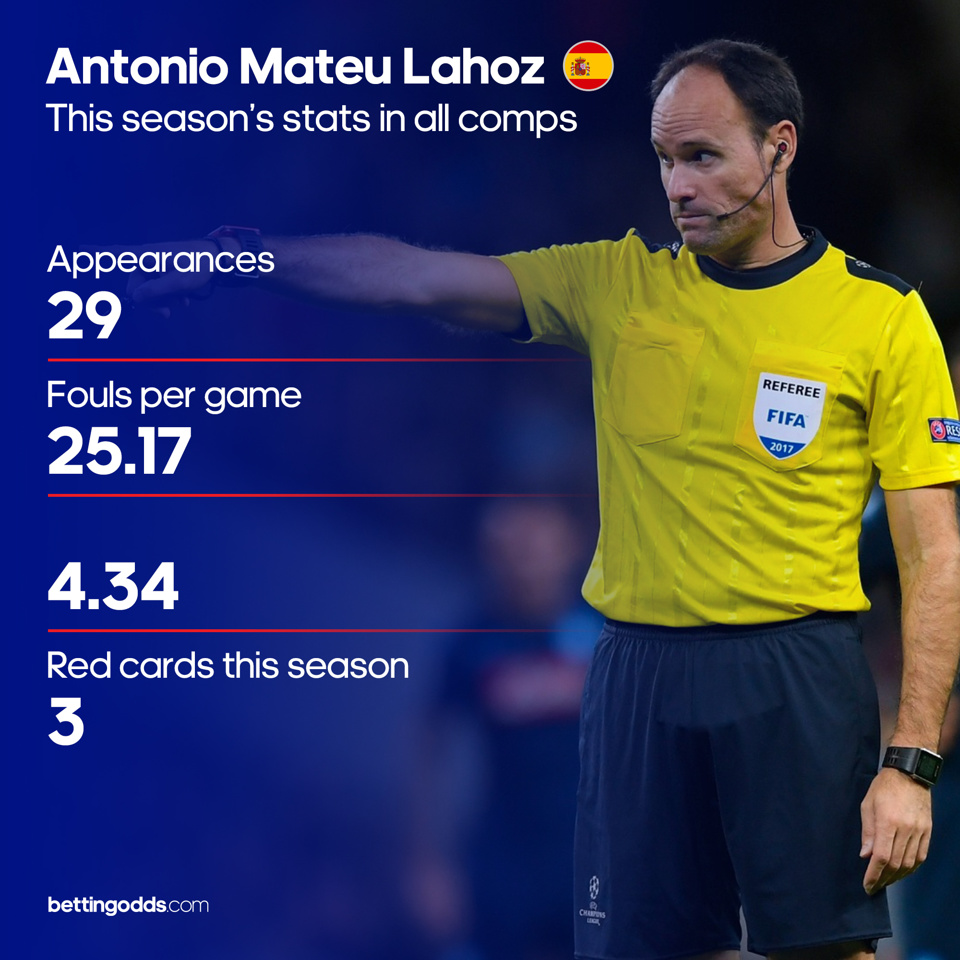