Will Boris Johnson be celebrating or commiserating after the North Shropshire By-Election on Thursday?
By Neil Monnery
14:32 Tuesday 14th December 2021 - 6 minute read

When a by-election is called in a seat with a 22,949 majority, it really shouldn’t attract much betting interest. Overturning such a lead in any political climate is nigh on impossible but less than 48 hours before polls open in the North Shropshire by-election, the bookies have the Tories going down to a quite earth shattering defeat. Neil Monnery looks at whether the markets have over-corrected following a quite devastating fortnight for the government…

On the face of it, the North Shropshire by-election should be a pretty tame affair. The seat has never been represented by any other party other than the Conservatives since it was reintroduced in 1983 with its current boundaries. In 2019, Owen Paterson won re-election and secured 62.7% of the vote. The constituency voted for Brexit by a wide margin.

Nothing remotely indicated that it was a seat that was ever in real doubt of changing from its True Blue roots but with a troubled Prime Minister dealing with rebellion among his own troops, potential Covid lockdown breaches by those close to him and a collapse in the polls, can the Lib Dems really pull off a victory that will increase the pressure on Boris Johnson’s premiership? The odds below seem to indicate that they can but political betting has been a wild ride over the past few years.

First of all we have to acknowledge that voting in a by-election is a completely different animal compared to going to the polls for a General Election. The electorate are not voting by-proxy for who they want in Downing Street. This allows for a much more fluid situation where protest votes or local issues can step from out of the shadows onto centre stage.

There is little doubt that the protest vote will have a significant impact here. Boris Johnson has been a huge electoral asset for the Conservatives but scandal was never far away and we’ve all seen the news over the past few days.

At best, some sort of social function did take place under his watch in a breach of lockdown rules unbeknown to him. At worst, he knew about it and keeps denying it. Neither is exactly great but one is a bigger issue than the other. The latest YouGov polling has 66% of the electorate having an unfavourable view of the PM. That is a problem.

The return of Covid restrictions will also not go down well with traditional Conservative voters. With rumours of a backbench rebellion of 70+ MPs for the new rules when parliament votes on them later on Tuesday, it gives a good indication about the anger going on within the party.

Yet despite all of this, a nigh on 23,000 majority is tough to overturn and when opposition parties can’t agree on who is in the best position to stop the Tories to hold onto the seat, that really does muddy the waters somewhat.

Anyone plugged into politics will have noticed that none of the Labour bigwigs have set foot in the constituency. They have essentially stayed out of the way of the Lib Dems having acknowledged that Ed Davey’s party are best positioned to pull off the stunning upset despite having secured just 10% of the vote last time out. Yet the local Labour party are still putting out literature in the final week claiming that the bookies have got it completely wrong and the Lib Dems are set to finish third. 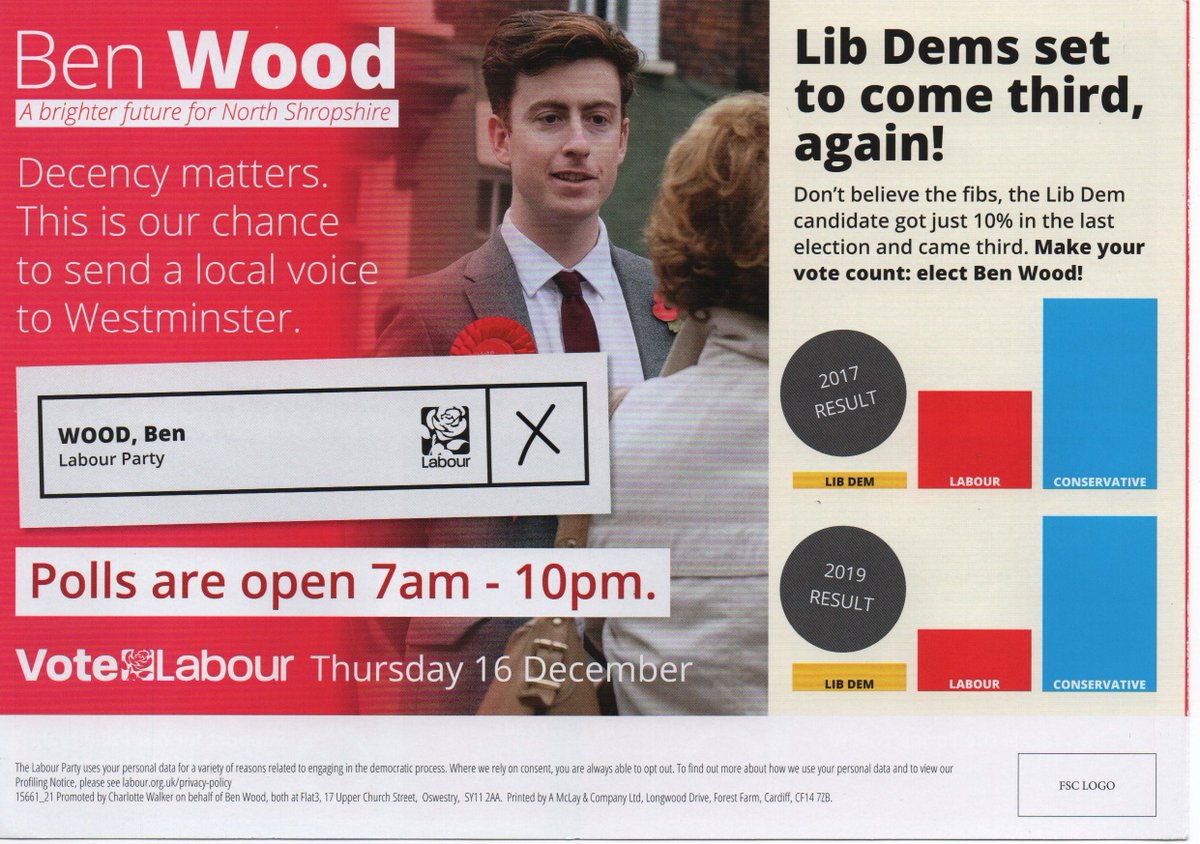 Vote for the truthful candidate - not the ones who pretend to be 2nd when they're 3rd, and pose as members defecting to them from other parties to deceive the voters! #Ben4NorthShropshire https://t.co/fmKRVeRL4L

This is how the right-wing parties have clung on in recent times. They rarely need to get 50%+ of the vote as everyone else will cannibalise one another. The howls of tactical voting are still reverberating around my head from the 2019 General Election but many still struggle with the actual concept of doing such a thing.

Both Labour and the Lib Dems have put out internal polling that completely contradicts one another. This only goes to confuse the Anti-Tory vote as they are not sure the best way to go if they want to give Boris Johnson a bloody nose. 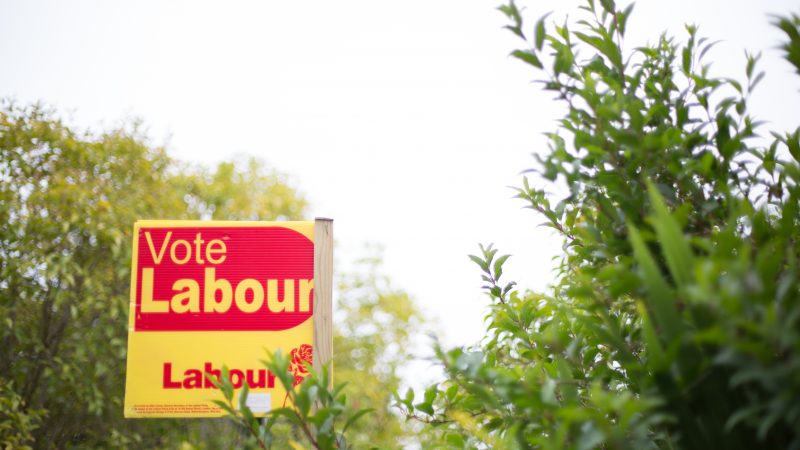 NEW: The Conservative lead in North Shropshire by-election narrows to seven points, with Labour on 33% and the Tories on 40%, according to internal polling: https://t.co/ZBKZdxv2NT

The Labour poll suggesting they are on 33% (up 11% on the 2019 result) is quite frankly preposterous. If they really are moving up to such a vast degree in the seat with such a low-key campaign then they would be pointed towards a landslide General Election win should we have one tomorrow. I don't think anyone seriously thinks that is the case.

Personally, I don’t think there are any questions about which of the two is best placed to win the constituency. Labour are running a skeleton campaign whilst the Lib Dems are throwing the proverbial kitchen sink at it and activists are flooding into the seat from all around the country at a vast rate of knots. All logic suggests that the Anti-Tory vote should coalesce around Helen Morgan.

The big question is will it?

I’m torn as we have seen it successfully work in the Richmond Park by-election in 2016 and earlier this year in Chesham & Amersham. On both occasions it was abundantly clear who was the bigger challenger to the Conservatives. This time both parties are claiming to be and even if 5% of the pure Anti-Tory vote goes to the wrong tactical choice, it could let Boris off the hook and help shore up his ailing leadership.

Defeat in North Shropshire would be the beginning of the end of Boris’ tenure as Prime Minister. Of that I think there is little doubt and that would get the Next Prime Minister Odds markets going at a mile a minute.

For about two weeks I’ve thought the Lib Dems were primed to pull off the stunning upset but getting odds against for the Tories to win in a seat such as North Shropshire is mind boggling. In recent times the favourite has lost in political markets more often than not and I’m starting to feel that I wouldn’t be floored if a beleaguered Boris stumbled over the line one more time. The constant attacks on him will have put some voters off and some will even feel sorry for a man they feel is doing his best under trying circumstances.

Having said that if the Labour vote does collapse, coupled with lots of natural True Blue voters switching allegiances to send a message to Boris, a Lib Dem win by 10,000 votes wouldn’t be a shock either.