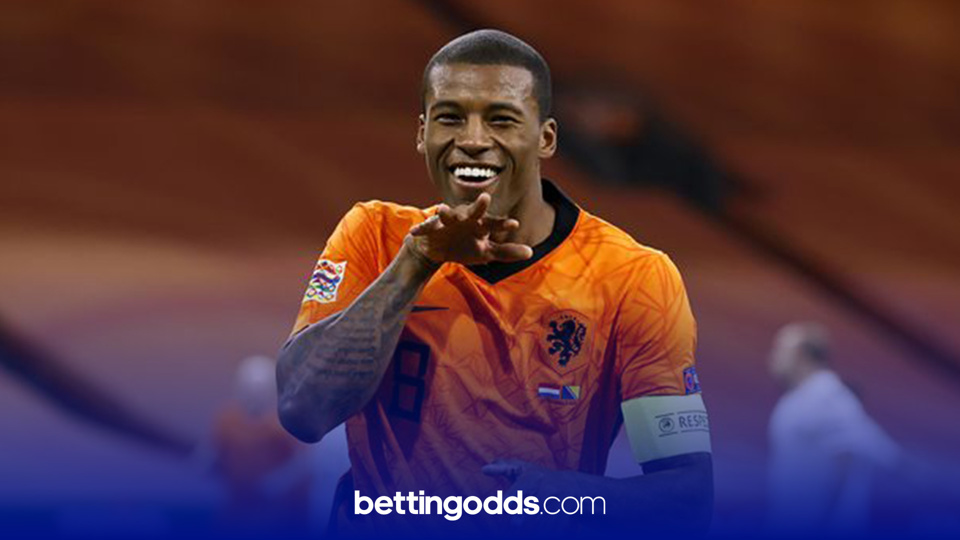 Group C gets underway on Sunday afternoon, where Amsterdam Arena plays host to the later game between Netherlands and Ukraine with an 8pm kick off.

Frank de Boer will be looking to get off to a flyer on Sunday evening with the home ground advantage potentially having a great impact. An 89th minute goal from Memphis Depay secured a draw in the first of the pre-Euro friendlies in a disappointing 2-2 with Scotland. Netherlands followed that result with a 3-0 win against Georgia, Depay on the scoresheet yet again.

Ukraine head into their first fixture of Euro2020 off the back of wins in both of their pre-tournament friendlies. Andriy Shevchenko will be delighted that his side kept clean sheets in both of those matches, a feat they failed in the six matches previous. Expectations will be high for this Ukraine side, managing to come up trumps in Euro qualification, finishing top in a group containing both Portugal and Serbia.

The Dutch winger will be heading into Euro2020 full of confidence after his best ever individual season in club football. He managed 21 goals and 12 assists for Lyon in Ligue 1 and has been carrying this onto the International stage.

In his last 7 matches for Netherlands, Depay has found the net 7 times, proving a pivotal cog in this Dutch attack. He is also on penalty duty for de Boers side and priced over the 6/4 mark with Unibet, he looks a solid selection to get on the scoresheet yet again.

When playing for his country, he takes a much more advanced role compared to his club duties with Liverpool. Frank de Boer is expected to start Wijnaldum in a midfield three with Marten de Roon and Frenkie de Jong, which will give the Liverpool man plenty of opportunity to get forward.

In his last 4 Nations League matches, this bet has landed 3 times, only failing to land against the Italians, although he did register 2 shots in the match. Overall in the Nations League he averaged 1.8 shots per game and with the home ground advantage on Sunday, he could get his fair share of chances.

Following on from the Wijnaldum stats above, he looks massively overpriced for shots here so I have to put him into my longshot. For this I will opt for 2 shots on target which is a monstrous 15/2 and landed in 8 of his last 14 competitive Internationals.

Combining this with the key man for Netherlands to register a couple of shots on target increases this to a very tasty longshot. Depay has registered three shots on target in all of his last five competitive Internationals, so I am happy to include him to register two here against Ukraine on home territory.