Netherlands v Poland Tips: Depay and the Dutch to be too strong for Lewandowski-less Poland 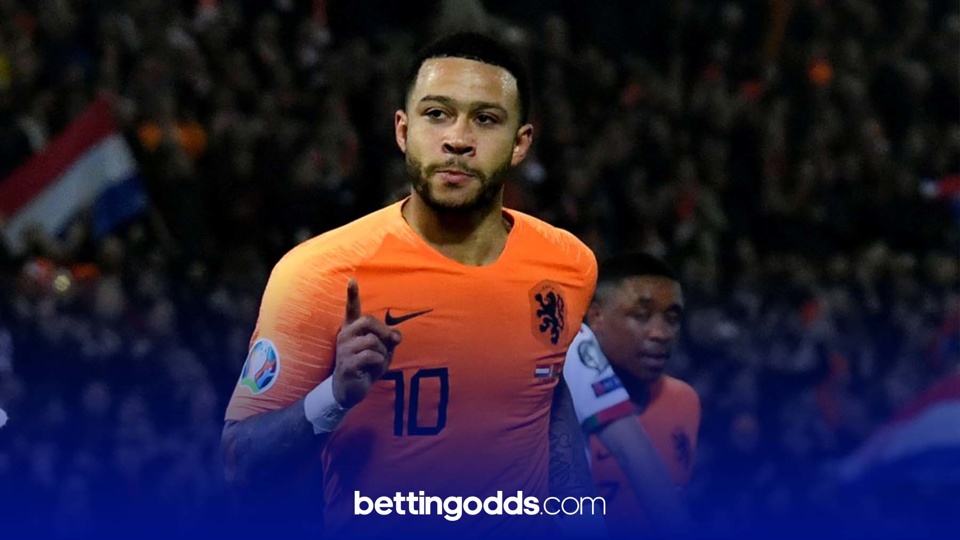 I’ve got another tough task in previewing Friday night’s stand out Nations League fixture to try and discover some betting value for you guys, this time we’re looking at Holland vs Poland. The managerless Netherlands will be without Ronald Koeman who couldn’t say no to his dream job at Barcelona.

It’s a big blow for the Dutch as he revived the national team during his two-and-a-half-year stint which saw him beat Germany (twice), Portugal, France and England, creating an exciting team who made the previous Nations League final. The former PSV and assistant Dwight Lodeweges will take charge of the team while the Dutch FA search for a new manager in which Arsene Wenger is the current favourite.

They face a Robert Lewandowski-less Poland in their Group One game with the bookies making the Dutch the big favourites, giving them a 71% chance of winning while Poland are a surprisingly big price of 6/1 which you can get with William Hill. We’ve analysed both sides’ recent form and investigated which players are likely to be involved to conjure up three bets for the game.

The Netherlands finished their 2019/20 fixtures unbeaten, winning five out of six, scoring 18 and claiming four clean sheets. Poland are also in good form winning their last four and scoring on average 2.5 goals in each of those games, albeit against average opposition. They’ve also conceded three in their last two to suggest defensively they are not as strong as they are in attack.

No doubt Koeman’s departure will be a kick in the ballen’s for the Netherlands, but when comparing the balance of both squad’s, they do look the much more complete outfit and I think will win this game, however the Polish attacking talents of Zielinski, Milik and Piatek will cause problems. I think Netherlands to win & BTTS looks like a sensible bet and you can get 13/5 best price at Bet 365 compared to the 23/10 with William Hill.

Netherlands v Poland Tip #2
Depay to score and Krychowiak to be carded
7/1
Depay is a man in form having scored a hat-trick for Lyon last weekend Krychowiak has been booked twice in his last three games at club level
Odds correct as of 2020-09-03 11:05 Odds subject to change.

Following his Man Utd exit, Memphis Depay has resurrected his career to establish himself as a top class forward for club and for country. He notched 18 times last season which saw him lead his Lyon side to the Champions League semi-finals and has started the new Ligue 1 season with a bang after bagging a hat-trick in their first game. He has 10 goals in his last 14 games for the Netherlands and I’m confident he starts on Friday night and will improve on his decent scoring record.

When looking through the Poland squad I came across the former PSG and West Brom defensive midfielder Grzegorz Krychowiak, and when looking at his previous games I was licking my lips when seeing his disciplinary record. He’s been booked twice in his last three games in the new Russian season, which continues on from last season’s campaign where he received 11 bookings for Lokomotiv Moscow. He’s started in Poland’s last 11 games where he’s picked up three bookings and for those reasons he makes the double.

Netherlands v Poland Tip #3
Promes and Piatek both to have 1+ shots on target, De Roon & Klich to be booked
60/1
Promes and Piatek are two of their country's biggest attacking threats and both have great records in the SOT market De Roon was booked 17 times last season, Klitch saw yellow 12 times for club and country in 19/20
Odds correct as of 2020-09-03 11:10 Odds subject to change.

I’m going back to a tried and trusted formula for this game’s longshot as I’ve picked out a player to have one or more shots on target, and a player to be booked from each team to make this fantastic four. Starting with Holland’s brilliantly named Quincy Promes to have a shot on target. In last season’s Eredivisie the attacking midfielder had a shot on target 30 times in 20 league matches for Ajax. He’s started in Holland’s last three matches and I think is the value selection for a SOT against Poland.

I’m also backing his counterpart Krzysztof Piatek to test the Dutch keeper. Piatek sealed a £27m move to Hertha Berlin in January and impressed when being deployed as a super sub during the Bundesliga restart, scoring twice off the bench. He’s also scored twice in his last two games for his national side and is likely to lead the line to fill Lewandowski’s big, golden boots.

Pairing the shot on target selections with a couple of bookings for this one, Marten de Roon boasts an impressive booking record last season, seeing yellow SEVENTEEN times - two of those for Holland; need I say any more? To finish this big bet off, I like the look of Leeds’ battling midfielder Mateusz Klich to be cautioned and add to his rather impressive 12 for club and country last term.

We’re one week away from domestic football returning so be sure to gamble responsibly and only bet what you can afford. We hope you have enjoyed this preview and enjoy the Nations League matches this weekend.