Netherlands v Austria Tips: Get amongst the goals for Group C clash 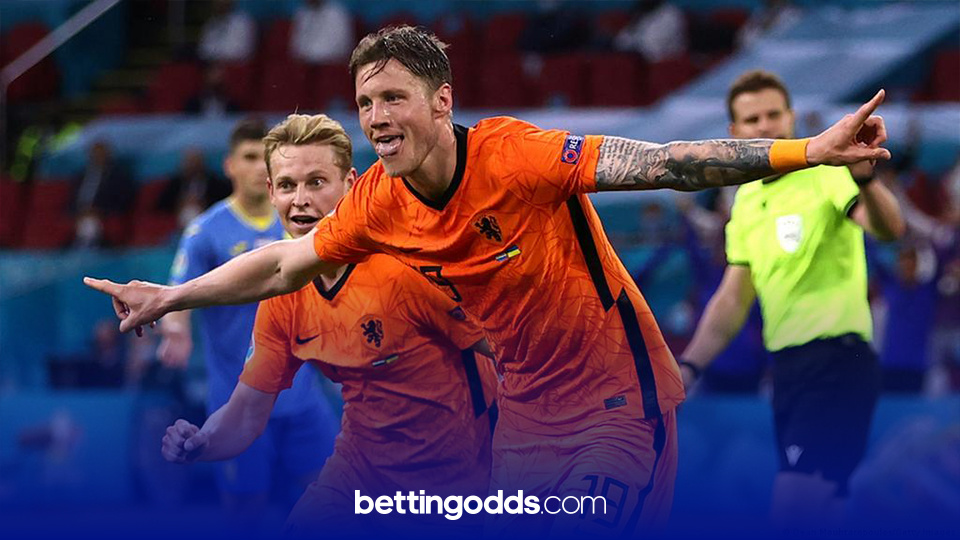 Live on BBC One, the Netherlands go up against Austria at the Johan Cruijff Arena this Thursday at 8pm. Both teams are coming of the back of wins in their first group stage fixture. A win here could all but secure qualification to the knockout stages for either side so a lot is riding on this game. The hosts grabbed all 3 points against Ukraine in dramatic fashion with a late 85th minute winner by Dumfries. Austria had to work hard for their 3-1 win against North Macedonia and will come into this game full of confidence. They have faced each other 6 times with Netherlands winning every single meeting.

Wijnaldum plays in an attacking role for the national team and loves to shoot from outside the box. He had 5 shots in his last game vs Ukraine and scored a beautiful goal as well. 2 shots for him plus a goal for the hosts look an excellent combination @ 5/6.

Netherlands have the likes of Depay, Weghorst and Dumfries all part of a deadly attack that scored 3 goals against Ukraine and for them to get at least 1 here should be a banker. Take this bet builder with a 1pt stake as our main bet of the game.

While Netherlands are deadly in attack, they are always susceptible to a mistake at the back. They were leading 2-0 against Ukraine and were pegged back to 2-2. Thankfully for them they found a late winner but they still need to work on their defence. Austria scored 3 against North Macedonia and will take that confidence to try and get on the scoresheet here at the very least. I think 9/4 is a decent price for the hosts to win and also concede a goal. Take it with a 0.5pt stake.

Weghorst has had a fantastic season at Wolfsburg scoring 20 goals in 33 appearances in 20/21. He scored against Ukraine last time out and also scored in the friendly game against Georgia before that. Wijnaldum averaged 4.3 shots per game for the national team at the World Cup and had 5 shots in the last game against Ukraine. The double at Betfair looks juicy @ 12/1 and I’ll have it as my longshot for this game.