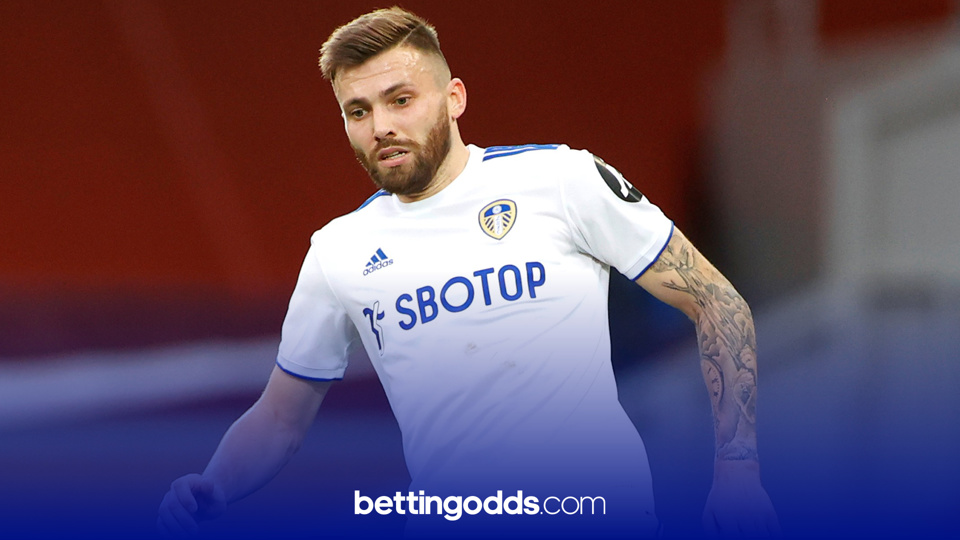 Gameweek 1 in the Premier League has thrown up an absolute cracker, as long-standing rivals Manchester United welcome Leeds to Old Trafford in front of a packed house.

United are the bookies favourites to win their first league encounter of 2021/22, priced at 8/5 in the bookies, while Leeds can be found at 5/1 with BetVictor and Betfred which is not a price to be sniffed at given how well the Yorkshire side performed last term.

Below, our Cheat Sheet highlights the key stats from last season to help you when picking a Bet Builder for the action, which is probably a good time to mention that Paddy Power are offering ALL customers a £5 free Bet Builder for tomorrow’s showdown at Old Trafford! You can find more new and existing customer offers for this weekend's action right here. 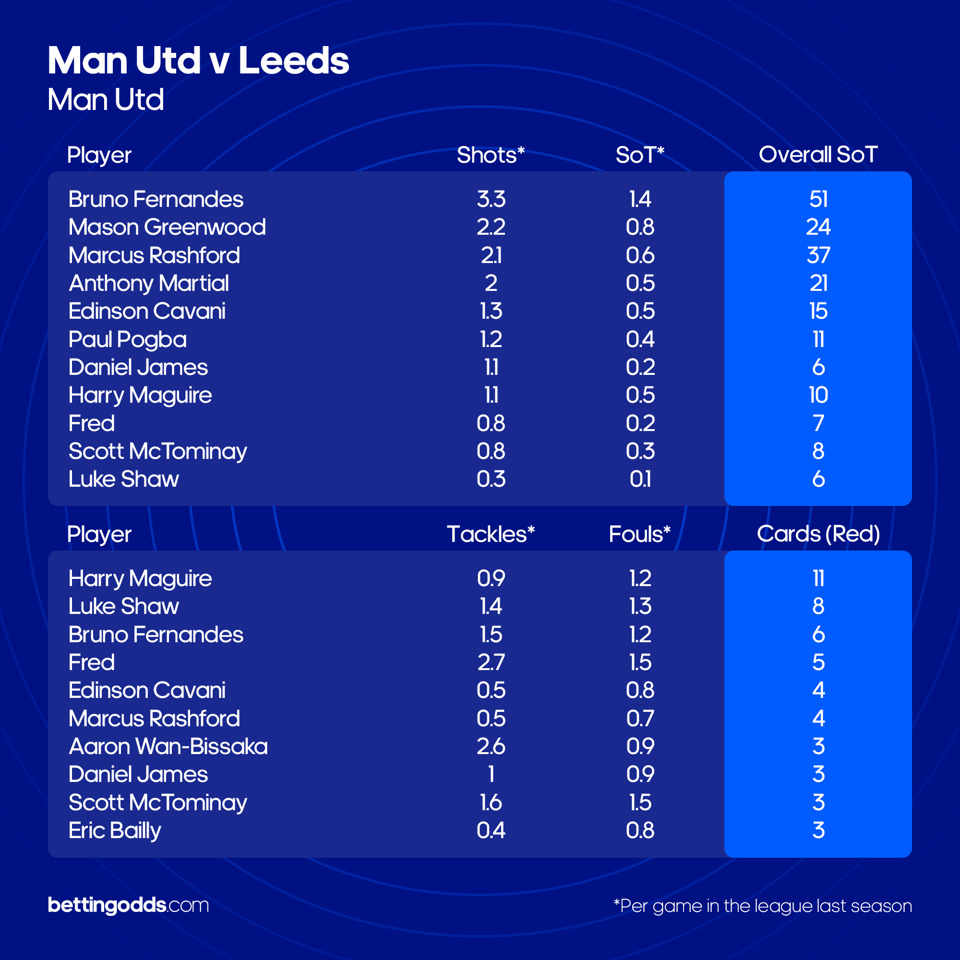 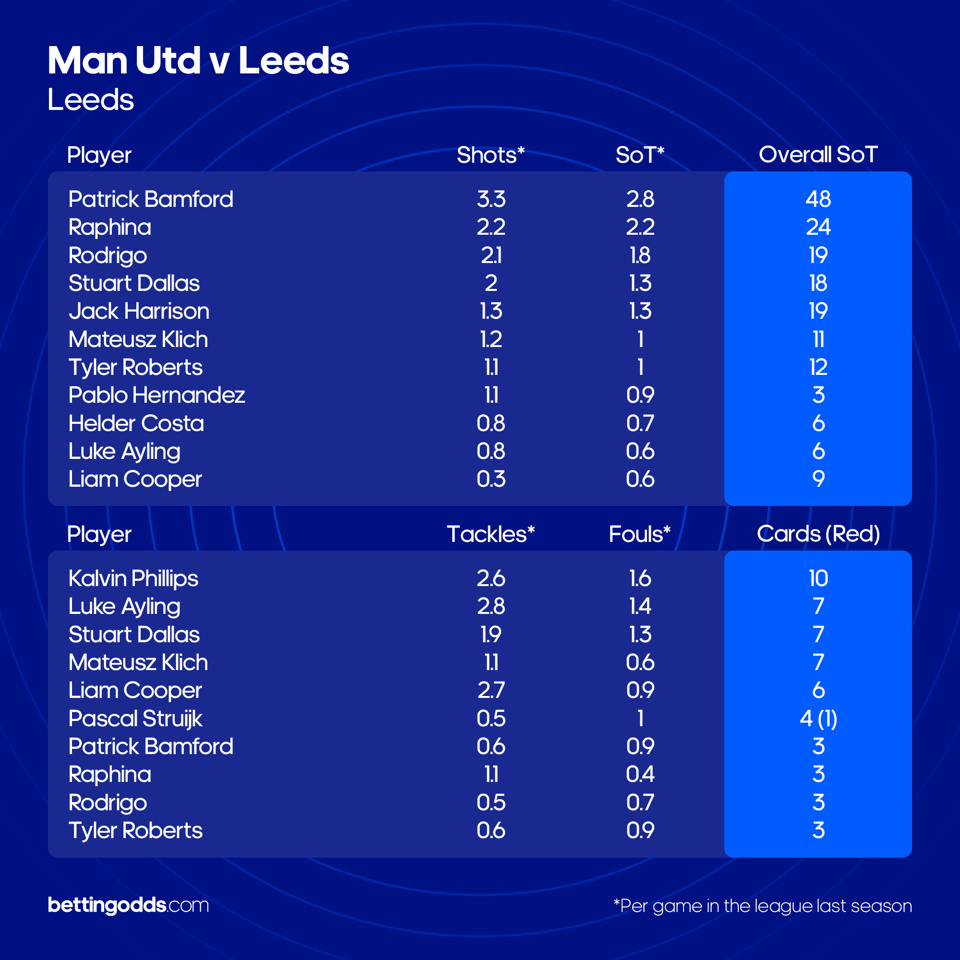 We’ll start off looking at the shots department, where several Leeds players caught the eye last term. Only three players in the Premier League registered more shots on target than Patrick Bamford last term, with 48 overall - and average of 2.8 per game - and he will be the obvious candidate to back in the market this weekend.

However, his teammate Stuart Dallas’ stats from 2020/21 were also extremely impressive, with Northern Ireland registering 18 overall - an average of 1.3 p.g. Due to his position as a wing-back, Dallas is often overpriced in the shots markets and I think his price of 23/10 to register just 1+ on target tomorrow offers a tidy bit of value.

Elsewhere, I like the look of Bruno Fernandes for a card. Last season the Portugal international picked up 6 yellows in the league and a further one in the Champions League, often due to his petulance with the referee.

After such a long time without stadiums at their full capacity, this weekend’s round of games in the Premier League are set to have a real edge, especially when the two teams in action are rivals.

There should be a refreshingly-hostile atmosphere inside the cauldron of Old Trafford which should, in theory, see emotions run high on the pitch resulting in some tasty tackles and subsequent bookings. If this does prove to be the case, I’d fancy Fernandes to be right in the middle of things which lends plenty of appeal to the 7/2 on offer for him to be carded.