This weekend sees the first meeting of the new season between genuine Premier League title contenders as Liverpool welcome Chelsea to Anfield. The teams are two of only five clubs with a 100% record going into Gameweek 3.

Liverpool’s comfortable start has seen them dispatch Premier League yo-yo’ers Norwich 3-0 at Carrow Road before a 2-0 victory over Burnley in front of a packed Red crowd last Saturday lunchtime.

As for the Blues, they’re 3/3 for competitive fixtures in the 2021/22 campaign; first lifting the UEFA Super Cup with a win on penalties against Europa League winners Villarreal, followed by two cruising victories over Crystal Palace and Arsenal.

In terms of the head-to-head meetings between this duo, Liverpool have won half of their last 10 encounters across all competitions, with Chelsea coming out on top four times and only one game ending as a draw.

Here are our Cheat Sheets for both teams below, packed with all the important stats from last season to help with your Bet Builders for the match. 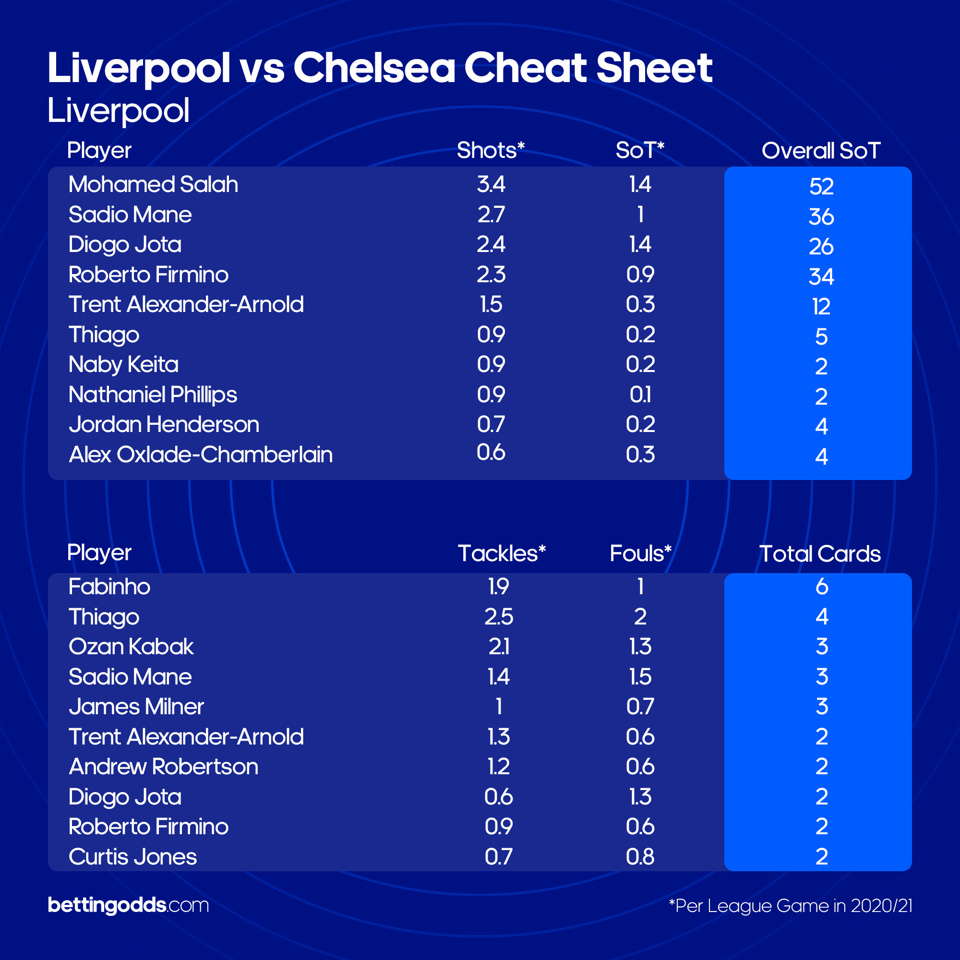 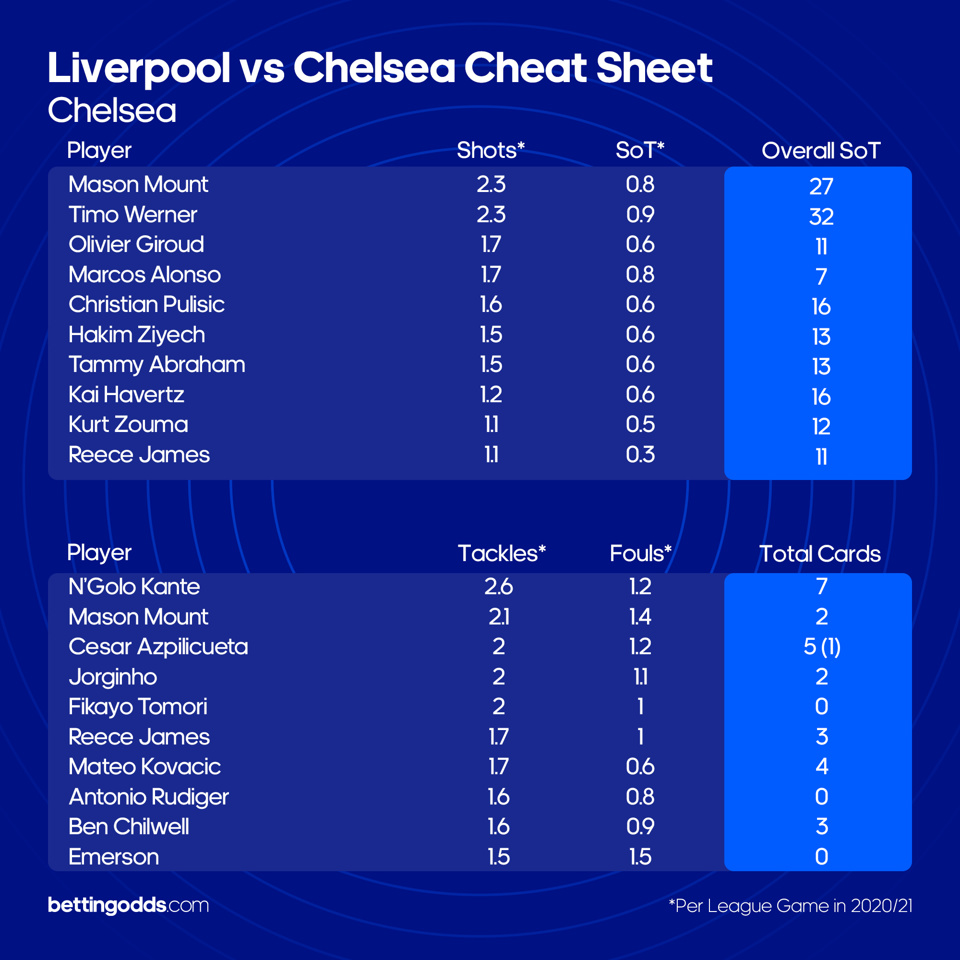 With two heavyweights and an array of talent on show, it’s difficult to find value in particular markets, such as shots or shots on target. Candidates like Salah or Lukaku are going to be available at such short prices that make them unworthy of backing.

A player that does catch my eye though is Diogo Jota. He's usually been priced up better than his teammates or counterparts in big games and I'm expecting the same in this one as well.

Looking at his numbers are what really justifies it. He has two goals in two games so far this season, following on from last season's nine Premier League goals in 19 games after his switch from Molineux.

Salah may top the charts for shots per game, but Jota equals his tally of 1.4 shots on per game from a whole shot less per game on average, meaning the Portuguese man's accuracy is far superior to that of Liverpool's talisman.

On the Chelsea side of things, Romelu Lukaku managed 8 shots against Arsenal on his second debut last weekend. As for last season, Timo Werner had the highest shots on target average per game of any Blues player with 0.9. However, Mason Mount averaged 2.3 shots p.g with a 0.8 average on target, so there may be more value for him in this market against the Reds.

When it comes to cards, Liverpool are a reasonably disciplined side. Fabinho racked up the most yellows for them last season with six, but a name that does standout with half of that is Sadio Mane. Things didn't exactly go as well for him last season as they have previously and that frustration shows. He's a player that wears his heart on his sleeve and he isn't afraid to let his opponents know he's there; whether a game calls for it or not.

In this department, Chelsea seem a much better proposition. N'Golo Kante topped the bookings chart for the Londoners with seven yellows - two more than veteran Cesar Azpilicueta who was the only Chelsea player to be sent off in the league.

Although, it might be worth mentioning that when these two sides last met on March 4 this year, not a single player was entered into the referee's book during that game.